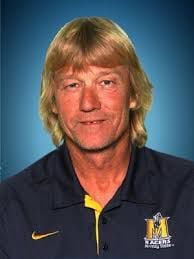 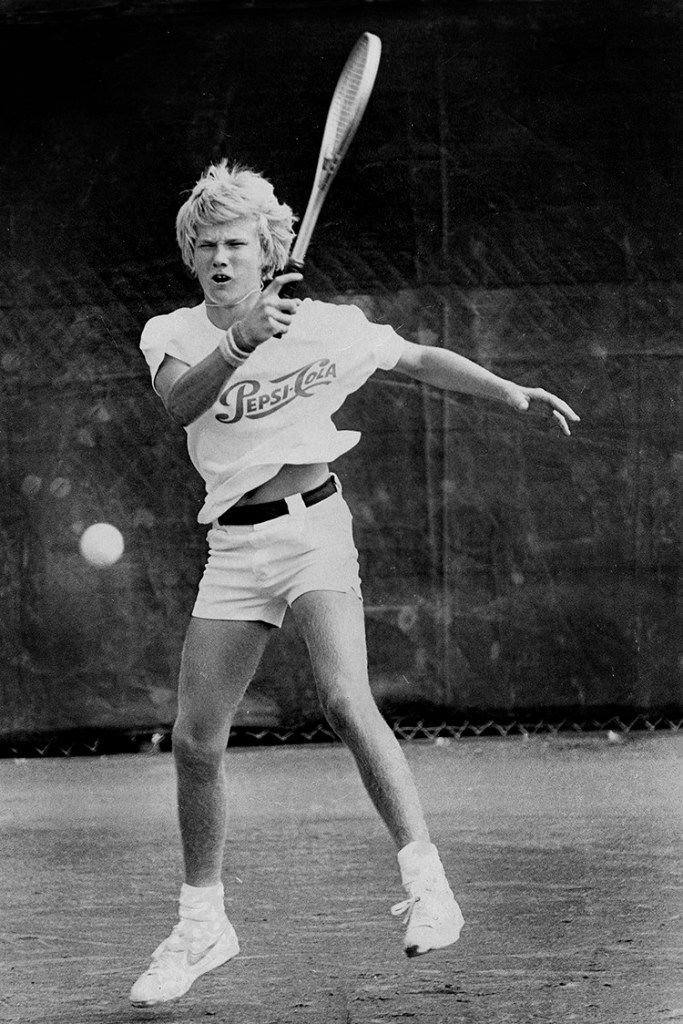 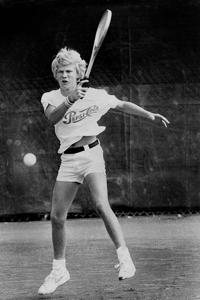 Even after all these years, Mel Purcell is still considered the greatest tennis player to ever come out of Kentucky. And there has been some good ones.

None, however, attained the success of the kid from Murray who in November 1980 reached a No. 17 world ranking.

For those in Murray, there was little doubt Mel would be a very good tennis player, but it’s a safe bet that no one knew how good.

Teaming with brother Del, who was two years older, the Purcell brothers as middle schoolers made a name for themselves in the Kentucky tennis world when they won back-to-back doubles titles at the Boys’ High School State Tennis Tournament in 1972 and 1973. Mel was a fifth grader when it started.

“I practiced against college players every day,” he said. “That had to make me better. Dad was the tennis coach, so for Del and I to find good competition, it was easy.”

In 1975 and 1976, he was a singles runner-up before taking the title in 1977, his senior year of high school. When it was all said and done, he had played in eight straight state high school tournaments.

Mel’s dad, Bennie, had become a legend in his own right as a basketball player at Murray State from 1948-52. Following an All-American career, he signed with the Globetrotters as a member of their famous opponents, the Washington Generals. He later returned to Murray as assistant basketball coach to Cal Luther. In 1968, he became Murray State’s head tennis coach. Mel was 9 and Del 11.

At this point in Mel’s life, he was also trying to play some basketball.

“I never had a good jump, so I passed the ball a lot,” he said. “I got tired, too, of getting my shot blocked. Finally, dad said I had to make a decision ... basketball or tennis.”

Mel attracted the attention of some of the nation’s top college programs, but because of its proximity to Murray he chose Memphis State. He was there one year before transferring to the University of Tennessee.

So why didn’t Mel stay in Murray and play for his dad?

“I wanted to, but he wouldn’t give me a scholarship,” he said seriously. “I went to Memphis State at first because they had an indoor facility. UT was the best tennis program in the country, and I felt like I could reach my potential there.”

In 1980, he teamed with Rodney Harmon to win the NCAA doubles title.

His college success gave him enough confidence that convinced him he could make it on the Association of Tennis Professionals tour.

“I had played against some great players in college, so I felt good about winning on the tour,” he said.

In the summer of 1980, Purcell entered his first pro tournament as a wild-card entrant in the Washington (D.C.) Star Tournament. He upset top-ranked Eddie Dibbs. Two weeks later, he qualified for a spot in the U.S. Clay Courts where he defeated top-10 ranked Harold Solomon before losing in the finals.

The kid from Murray was on a roll. He zoomed from a ranking in the 300s to the top 40 in the world and was named ATP Rookie of the Year.

Playing throughout the United States and over the world in places like Munich, Vienna, Tel Aviv and Paris, sponsors lined up for him to wear their logos, and tennis outfitters overnighted shirts and shorts as he advanced to several finals.

In 1981, he won three ATP singles and four doubles titles. The following year, in Boston, he defeated Ivan Lendl and Fernando Luna before losing to Guillermo Vilas in the finals.

He had a successful 10-year run as a world-class tennis professional.

Purcell played in 10 U.S. Opens, notching wins over Stan Smith, Andre Gomez and Ilie Nastase. In six French Opens, he twice reached the round of 16. He played in six Wimbledons, reaching the quarterfinals in 1983.

A car wreck resulting from hitting a deer in 1985 at first glance was cause for concern for Purcell’s tennis future. Injuries to his right elbow and stomach muscles were indeed a setback, but the next year he stormed back in the German Open with a win over the home country’s Boris Becker.

“After I won I didn’t think I’d get out of there alive,” he said. “The crowd was really on me.”

With Purcell’s accomplishments, it is something no other Kentuckian had experienced before or since as a player on the ATP Tour.

There was, however, one player that became a brick wall for him.

“I played Jimmy Conners nine times and never had a win,” he said. “He owned me. But, I finally beat him on the Senior Tour.”

He played on the Jimmy Conners Champions Tour into his 40s and rang up wins over Conners, Bjorn Borg and John McEnroe.

In 1996, he became the head tennis coach at Murray State, following his dad, Bennie.

“He was a hard act to follow,” Mel said. “Are you kidding me, 11 OVC titles and so many Coach-of-the Year awards. He’s such a legend here.”

Mel Purcell no longer coaches tennis at Murray State as the men’s program, like those at several mid-major colleges, was dropped a few years ago.

“I still play about everyday,” he said. “I don’t play competitively anymore but still get pleasure playing on the Bennie Purcell Tennis Courts named in dad’s honor. I give lots of private lessons.”

With all sorts of Hall of Fame inductions under his belt in the Kentucky world of tennis, Mel Purcell still stands alone at the top of the tennis ball.

A few years ago, my wife and I were having dinner in a packed restaurant on a Friday night in Murray with Mel and his dad, Bennie. Even though we had come to town for a Murray-Western Kentucky basketball game the next day, of course the conversation at my insistence turned to tennis. I couldn’t help but ask about any matches he had with the all-time bad boy of tennis, Ilie Nastase. We talked about his win over Nastase, but no longer able to contain himself, Mel sprang from his seat and went into a visual demonstration on his drop shot technique. I was impressed and so was everyone else in the restaurant.

– Gary P. West’s column runs monthly in the Daily News. He can be reached at westgarypdeb@gmail.com