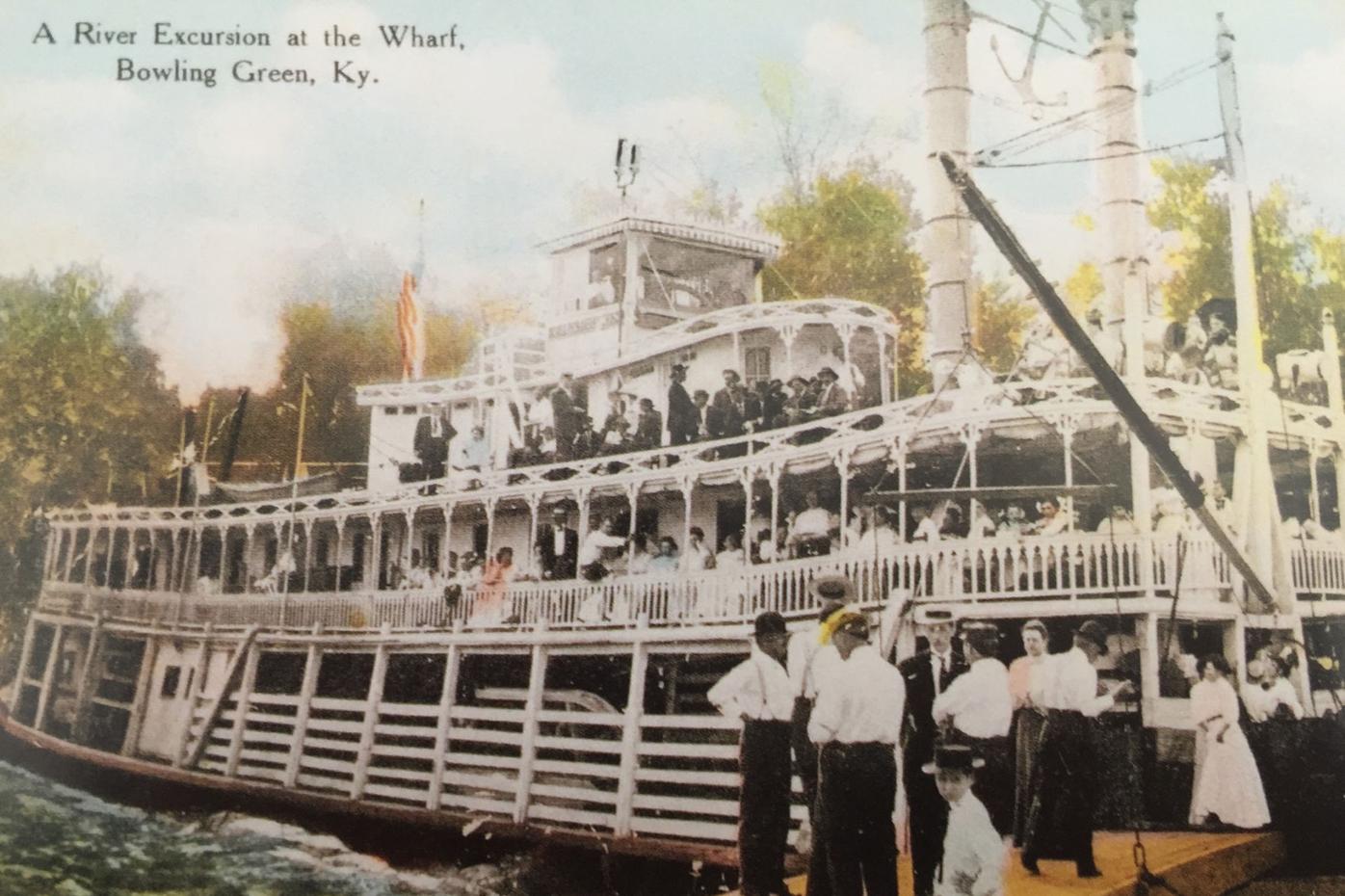 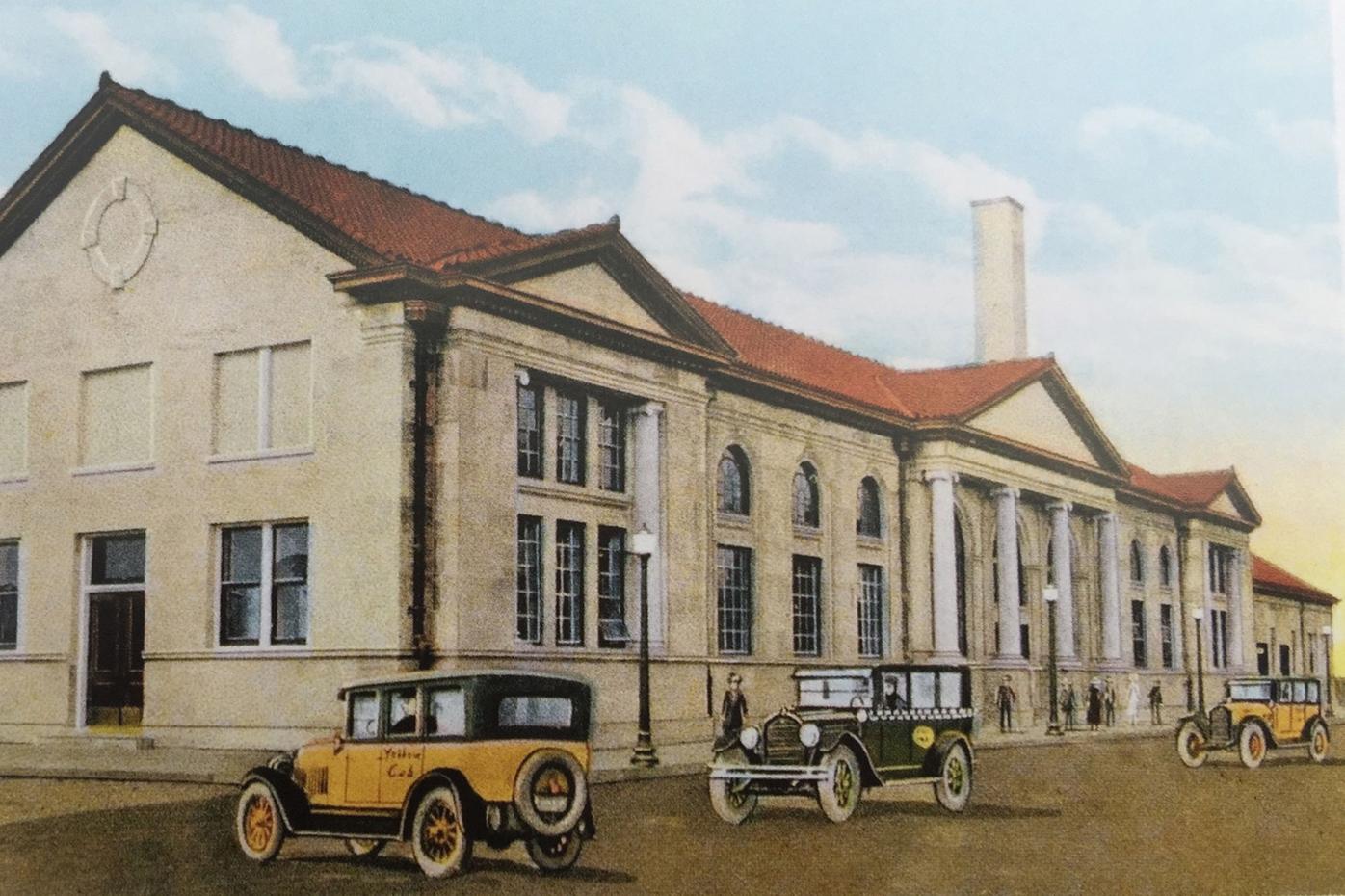 Coins and stamps are the two most collectible hobbies in the world. But do you know what is third?

“It usually starts with seeing one at a yard sale or flea market that shows a hometown or place of interest,” said Ray Buckberry, a Bowling Green collector.

Buckberry and Hodgenville residents Carl Howell and Robin Milby are among those who have spent years accumulating collections of cards that do much more than take up space boxed up in closets.

“It’s not the numbers in a collection, but the quality that counts,” Howell said. “Postcards tell so many stories about people and a way of life.”

Another collector, Ronald Morgan of Frankfort, donated his 11,000-card collection several years ago to the Kentucky Historical Society. He told a Lexington newspaper that his obsession with collecting began when a friend gave him an old picture postcard showing his Lancaster hometown as it was at the turn of the 20th century.

He was hooked. That’s the way it is about collecting anything.

Buckberry and Howell share more than a collection of postcards. Both are retired attorneys, and both are considered authorities when it comes to researching famous Kentuckians.

It would seem a natural for Howell, since he lives in Hodgenville, to be locked in on Abraham Lincoln. And is he ever. Along with his thousands of postcards, Howell has what he refers to as “The Lincoln Room” in his home on the outskirts of town. There’s even a sizable bronze bust of Lincoln in the entry foyer of his home.

“I’ve been doing it a long time,” he said with a laugh as he pointed here and there for things to see on his well-organized bookcases loaded with books on the 16th U.S. president. “I was an FBI special agent for a while in the late 1960s but decided to come back home and practice law.”

A third-generation Lincoln enthusiast, he is often a frequent speaker throughout Kentucky.

While Howell was concentrating on Lincoln’s time in Kentucky, Buckberry directed his attention to Daniel Boone.

“It gave me something to do,” the quick-witted Buckberry said.

He did it for a good portion of his life. In April 2017, he donated his 350-plus item collection to the Fort Boonesborough Foundation to display at the fort.

Milby co-authored with Howell a coffee table book, “Kentucky’s 120 Counties: A Postcard Album,” that shows multiple cards from 1900 to 1925.

“There are quite a few collectors in Kentucky,” Howell said. “Bill Morris in West Point, Kentucky, and Bill Arvin in Lexington are a couple of more that come to mind.”

Buckberry pointed out that collecting postcards is something a family can do together.

“You can go out for a day or weekend to flea markets in Louisville or Nashville, look around, see the cards, enjoy it and maybe spend $10,” he said.

Attending postcard shows in San Francisco, New York and Chicago, Buckberry and his wife turned their hobby into some great trips.

Buckberry and Howell both have a filing system for their cards in binders and boxes labeled by subject and dates.

Buckberry said he’s not sure how many he has, but “it’s boxes and boxes.” Howell thinks he has 20,000, if you count the Lincoln cards.

Even if a person isn’t a collector, the cards can be interesting to look at and even read. They have become a record of history, often overshadowing their original intent of saying, “Wish you were here.”

In the early days, a postcard could be dropped in the mail in the morning and by the next day the recipient, living several hundred miles away, would be reading it. No, it wasn’t the pony express or stagecoach, but a train that delivered them. Trains stopped in hundreds of Kentucky towns, and those trains had their own post offices, complete with men sorting the mail as they stamped it while rolling down the tracks. To mail the card cost one cent, and the cost of the card was not much more.

It was an inexpensive way to communicate with family and friends. Though not very private, those messages have provided a documentation of events, happenings and the evolution of buildings, automobiles, parks and just about anything someone photographed.

Buckberry has found a way to put some of his postcard “extras” back in circulation.

“I keep a supply of postcard backs,” he said. “I’ll take an old card, put a new back on it and mail it again. I make my own postcards recycling the old ones. I will take new photos and turn them into postcards with the new backs.”

In spite of the technical world and all of its e-cards, postcards are still quite popular and are displayed and sold in lots of outlets. The apparent simplicity of collecting postcards, even more so than coins and stamps because of their availability, gave way to a complex name given to collectors.

Credit is given to an Ashland, Ohio, professor for coming up with the word “deltiology” in 1945. It must have been a slow day for him. It’s considered a Greek word meaning “the study of pictures on postcards.” It actually appeared in the dictionary in 1965.

Now and then, everyone travels somewhere. Next time, pick up a postcard, even if it’s the town next door. Purchase an inexpensive photo album, stick it in and in a few years pass it on to the kids or grandkids.

– Gary West’s column runs monthly in the Daily News. He can be reached by emailing westgary pdeb@gmail.com.