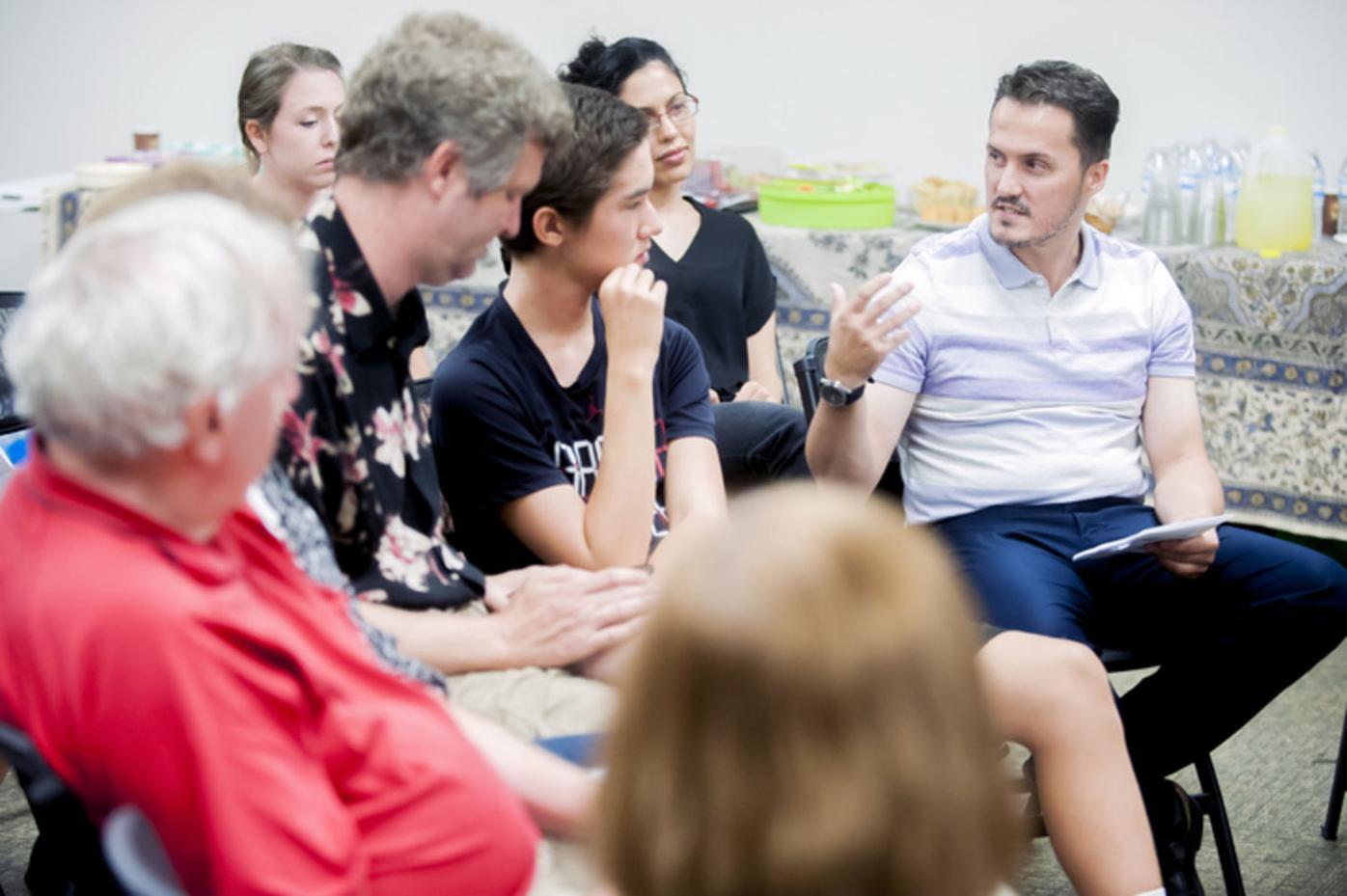 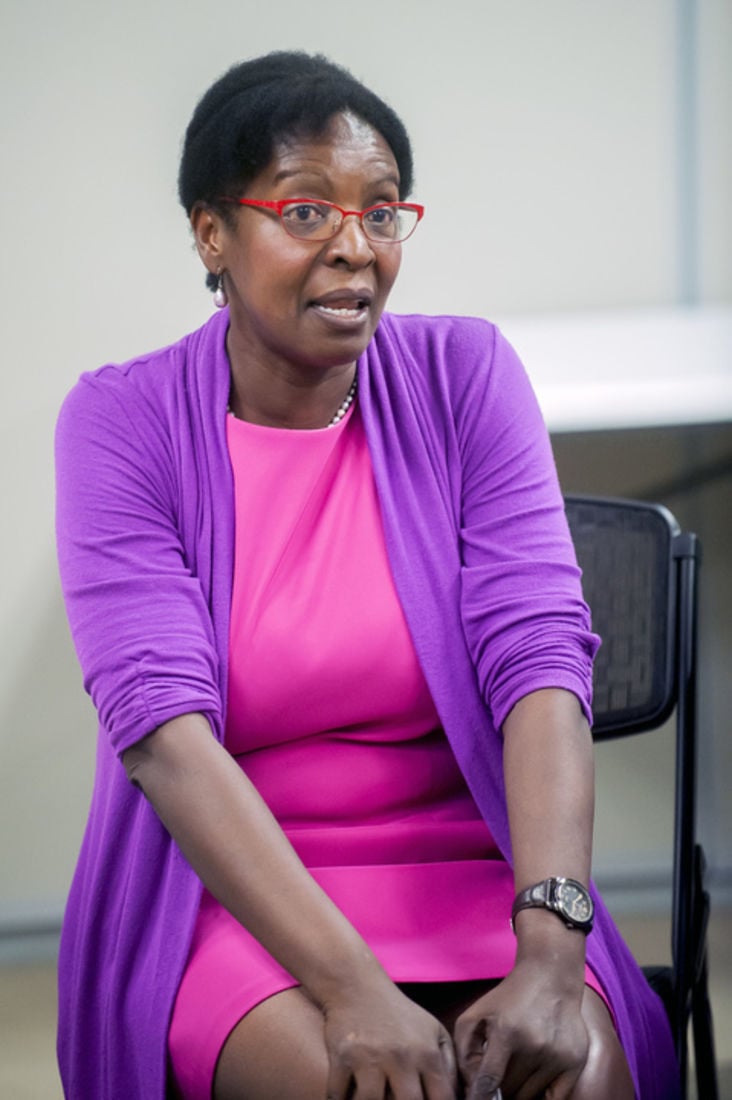 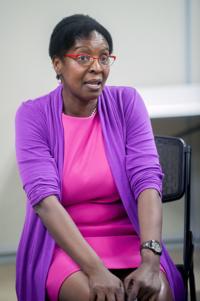 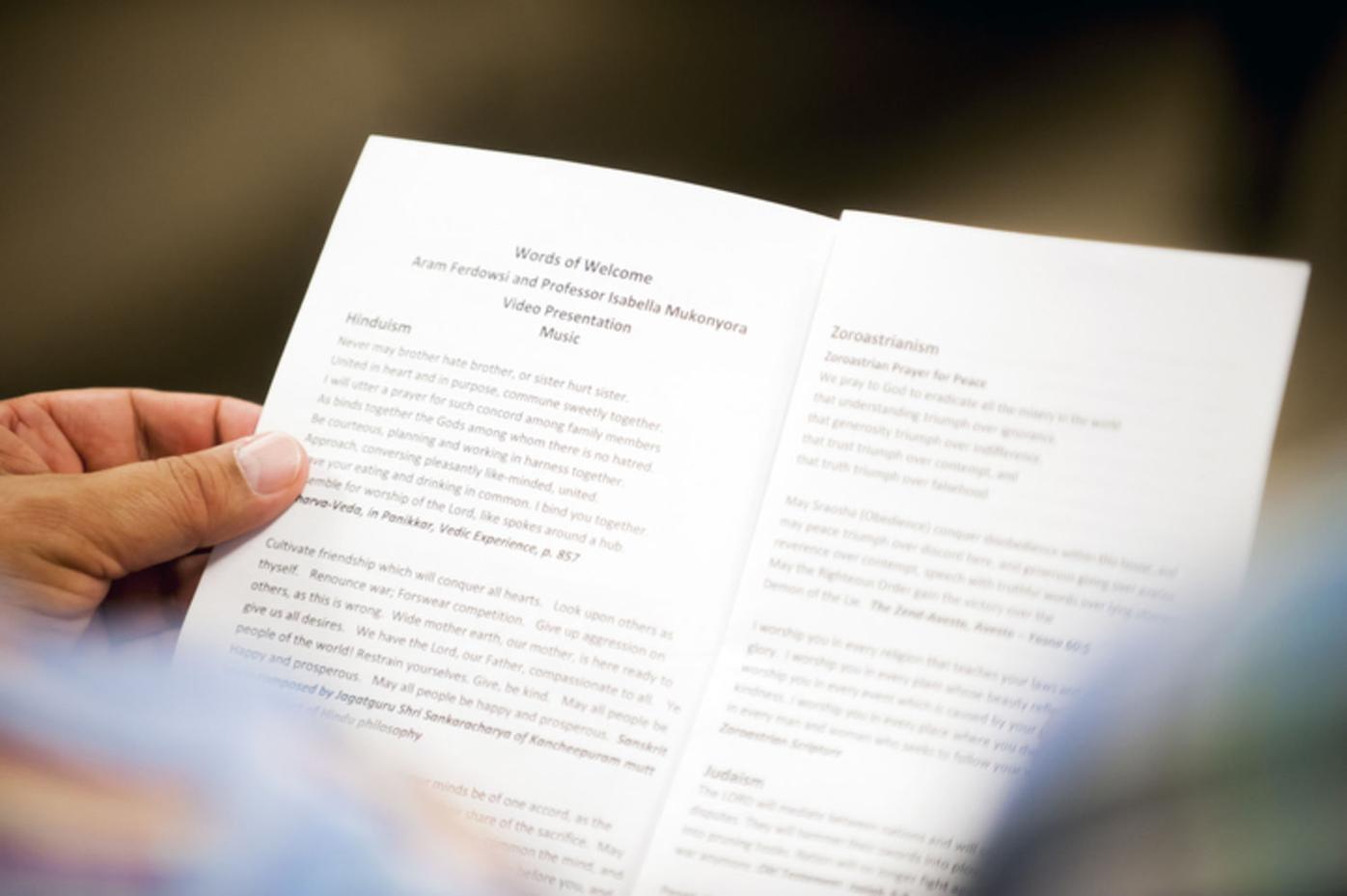 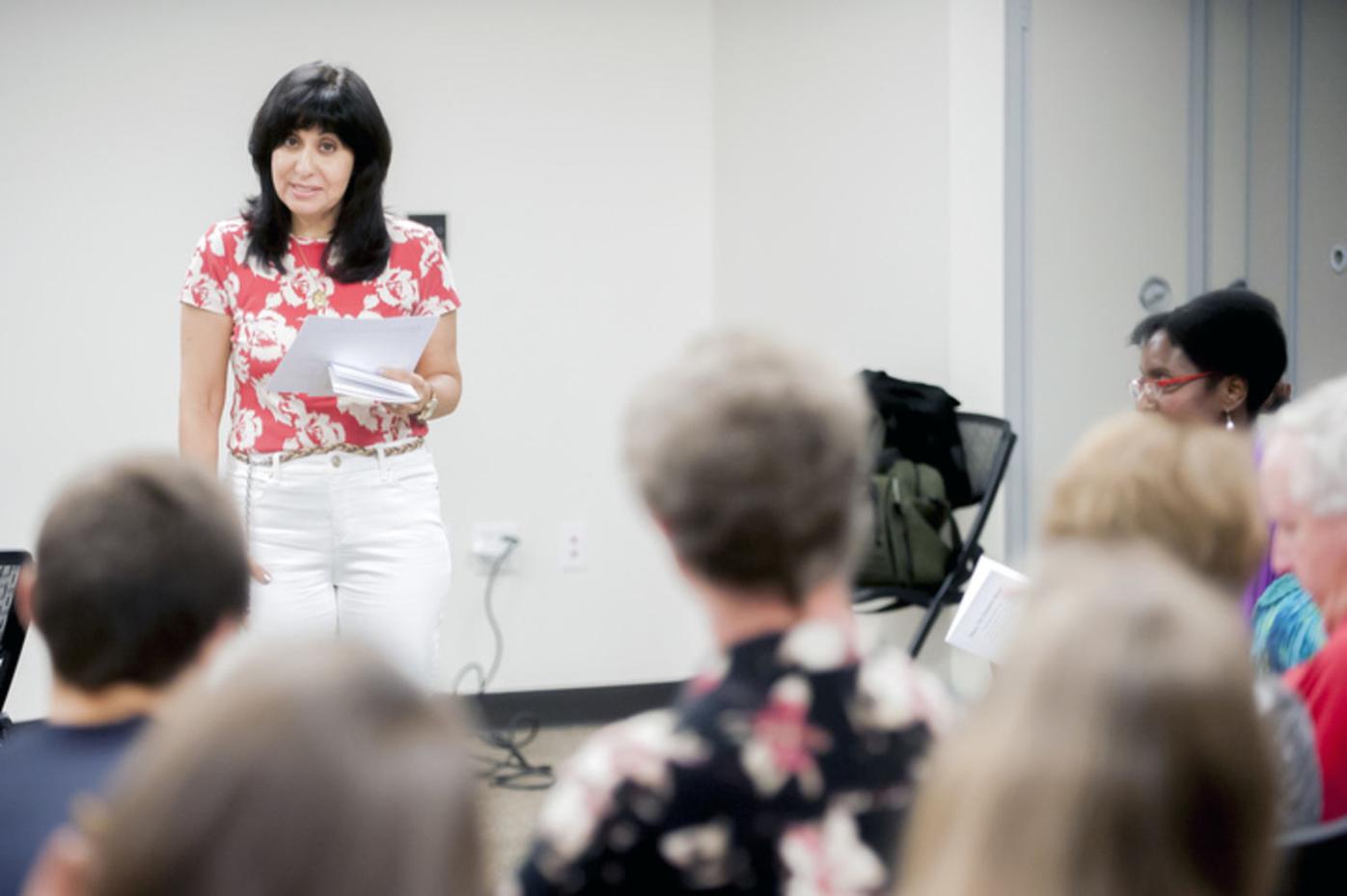 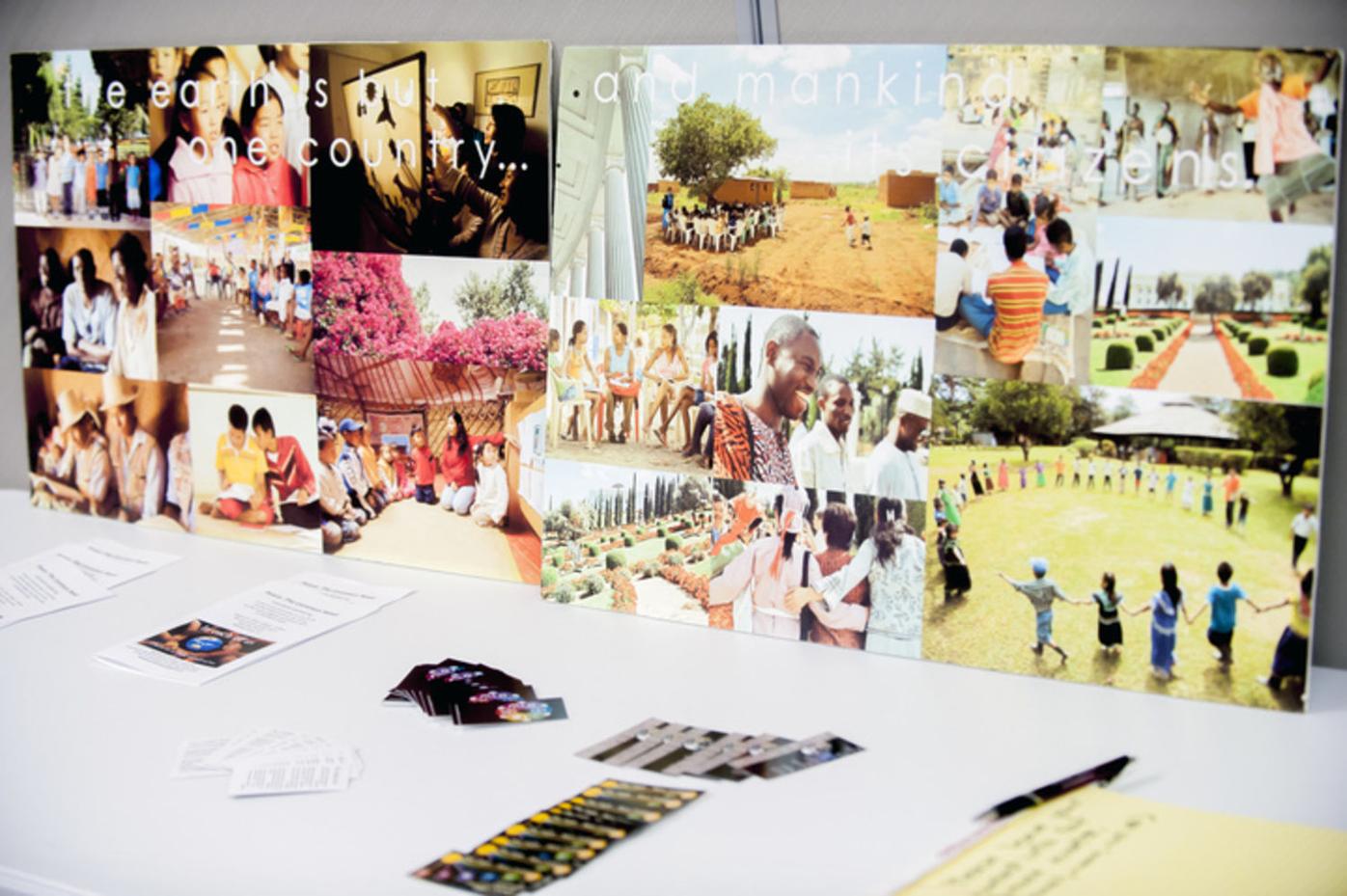 Texts from different religions were recited Sunday during the interfaith gathering at Warren County Public Library Bob Kirby Branch, which opened up a space in the community where people can come together and engage in conversation about “Peace: The Common Need.”

The passages read came from Hindu, Zoroastrian, Jewish, Buddhist, Christian, Muslim, Native American and Baha’i faiths. The event was organized by the Baha’i community and supported by the Western Kentucky University Religious Literacy Project as an opportunity to present ways to bring peace to our neighborhoods and work with people from different backgrounds.

WKU Professor Isabella Mukonyora said she’s happy to support a community initiative as part of her job. She said the gathering allows people to become educated about each other.

“We read and learn about each other’s religions and cultures in the process ... which brings us together,” Mukonyora said.

Baha’i coordinator Aram Ferdowsi said the path to peace is never-ending and if you think of humanity’s history, we’re always at war. She said it’s important to see the commonalities among religions because so often debate of differences outweighs the dialogue of similarities.

“We’re always seeing the things that are dividing us, and you really see in each of these (passages) what is being said and yearned for is that folks get together and work together and get along,” Ferdowsi said.

Before and after the readings, videos were shown supporting the unity of religion and also a music video called “Citizen of the World” that featured singers of different backgrounds singing the same song in their native languages.

Baha’i Faith member Nikki Gundry led the discussion portion of the gathering and said the need for peace has never been greater, and the consequence of not having it has also never been greater. She posed a question to the group: What can we do to make a difference in the cause for peace?

“It’s very easy to sit back and rely on our government ... to make big plans and let someone else fix the problem,” Gundry said. “Today is all about bringing together individuals from diverse backgrounds ... not only to worship and pray for peace collectively, but to talk about and figure out ways that we can change that prayer and that belief and that need into tangible action.”

Islamic Center of Bowling Green Imam Sedin Agic expressed that working with the community is a challenge because the community is very diverse, making it difficult to provide services in the correct language for people to understand. He said a lot of people have a misrepresentation of Muslims and Islam and that’s why having events like the interfaith gathering is important to have in the community.

“When it’s something you don’t know, of course you have fear. So, right now when you listen to the media (you hear) Islam, Islam, Islam and you go ‘what is this,’ but when you know that you have neighbors here, you have the mosque over there you can visit and learn, you won’t have fear,” Agic said. “Whatever is said (in the media) doesn’t matter because you know the reality, which is important.”

Crossland Community Church member Sheila Kinser attended the event to gain insight and to discuss how to get the community to put more emphasis on peace. She said Bowling Green is a good example of how people can live in a community peacefully together with the city being home to several refugees.

“The television only (shows) one side of it. You don’t see as many television shows talking about peace as you do about divisiveness and anything that’s going to cause the opposite, which would be wars,” Kinser said. “I believe that’s what Jesus taught us all about was love and peace.”

“I think that’s one of the most important things that we need. I think most of our communication is to increase conflict ... and feel like the only way that you can win is if someone else loses ... that’s the political climate that we’re in,” Connolly said. “Something like this ... we really need more of it.”

— The next interfaith gathering is from 2 to 4 p.m. Oct.16 at the WCPL Bob Kirby Branch.