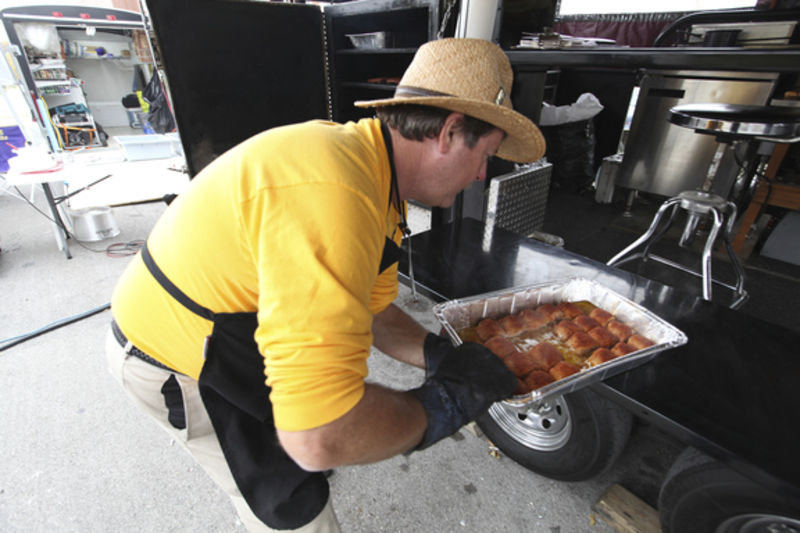 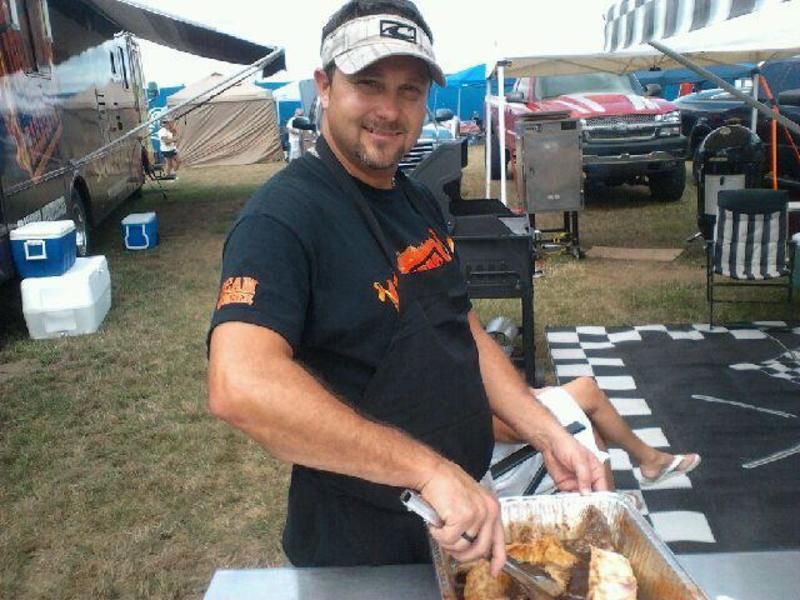 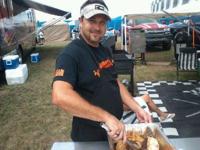 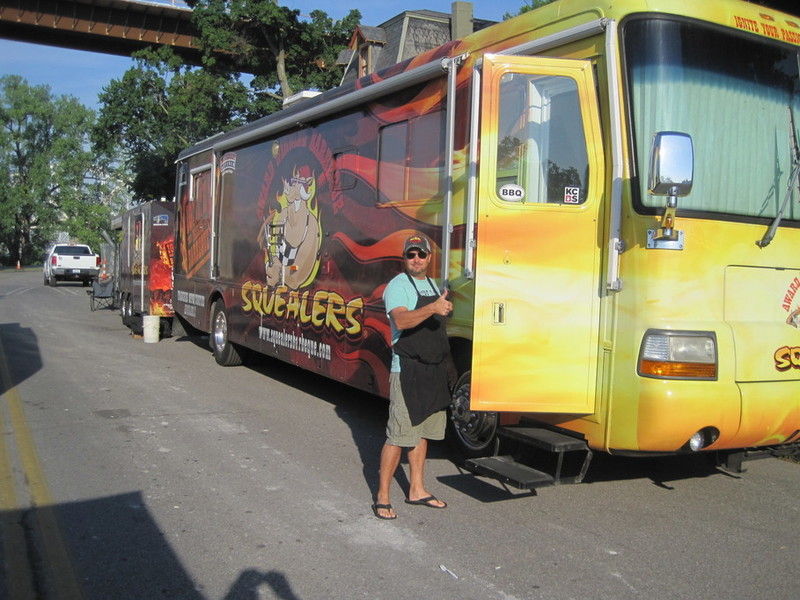 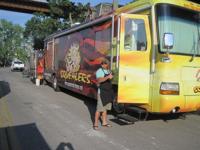 Before barbecue became a full-blown foodie sensation, Jeff Yater and Jim Coldren, both of Indiana, picked it up as a hobby.

Yater opened his first restaurant in 2001 in Mooresville, Ind., a suburb of Indianapolis. He started Sqealers Award Winning Barbeque sooner, traveling the ribfest circuit around the U.S. for two years, attending 22 events in the second year.

The competition has exploded in a number of directions. “BBQ Pitmasters,” a reality barbecue cooking show, first aired in 2009. “BBQ Pit Wars,” another reality show that follows competitors at contests, premiered in May.

The Kansas City Barbeque Society sanctioned 400 contests in 2012 – double what it authorized in 2010, according to Food Business News.

It has expanded regionally, too, Yater said.

“You used to have to drive hours to get to a good contest – now it’s in our backyard,” Yater said.

Yater and Coldren will bring Squealers to Munfordville to compete Oct. 17-18 at the fifth Big Buffalo Crossing Barbecue Cook-off. They’re one of about 40 professional teams that will be judged in four categories: chicken, ribs, pork and beef brisket.

The event draws teams from six states, including Wyoming and North Dakota, said Coni Shepperd, executive director of Munfordville Tourism. A local team, the Warren County Pork Choppers, also will appear. The team is ranked No. 1 in the nation for the year, according to KCBS.

“It’s amazing to see,” she said. “They all come in these big rigs.”

The cook-off originated as an idea form a Munfordville Tourism board member. Shepperd said they contacted KCBS for the rules of putting on a competition. “Forty-seven pages later,” they went with the society for certification.

She said “BBQ Pitmasters” has visited the event, which is free to the public. Those who attend can talk to cooks and see food prepared for judges. Vendors will set up all around the downtown square, along with music and family activities.

Yater’s dad got him started barbecuing competitively when he signed up for a one-category cook-off more than 20 years ago.

“We just had a little Brinkmann dome smoker. … This was a $50 dome smoker you buy at a hardware store,” he said. “It was intense and nerve-wracking because you’ve never done it before.”

It was just a hobby then, but he and Coldren, friends since kindergarten, turned it into a career. They took a break from competition for a few years to focus on the restaurants. Coldren, who came on board with Squealers after living in Texas for awhile, helped Yater open a location in Indianapolis. They will open their third Squealers in 2015.

They returned to competitions in 2012, Yater said, showing up in a 38-foot RV with a trailer, both wrapped in the Sqealers logo. Awards, such as Grand Champion Ribs and People’s Choice Champion Pork at the 2013 Smoke on the Square competition in Franklin, Ind., show restaurant customers their barbecue is worth something.

Yater said it has become more about the money since he competed earlier in his career. He said first-place cooks made a couple hundred dollars then.

“The trophy was what we wanted,” he said. “It pays for your hobby now.”

With real money and fame at stake, judging is an important aspect of the sport. The number of teams complicates the competition, said Herb Kane, BBQCritic.com publisher.

“There are tons of rubs and sauces and every cook creates their own concoction,” Kane said. “So it can get pretty complicated and pretty intricate when it comes to cooking. You’ve got to be really good these days to win acontest.”

To judge a sanctioned contest, judges take a class where they learn to grade meat in the four categories, evaluating flavor profiles and texture.

Some tenets are straightforward – for example, a rib whose meat falls off the bone may be delicious, but it’s graded as overcooked, Kane said. But the role remains subjective.

Yater said judges’ tendencies are tracked so contestants know which judges never give the highest marks (scores go to 9) and which never give low marks. Judges with such histories are mixed with others so scores shake out in a fair way.

Kane said judges take their role seriously. He started BBQCritic.com to give judges a forum to discuss the finer points of evaluating good barbecue.

“The cook spends a lot of money coming to contests and participating,” Kane said. “It’s important for them to be as fair as possible and focus on what they’re judging.”

The number of certified judges has grown with the rest of the sport. When KCBS certifies a new judge, they assign a number. Yater said he took judge’s No. 1,819 when he became a certified KCBS judge in 2001. Since then, he said, judge numbers have reached the 60,000s.

Kane said: “When I started judging, I thought it was the best kept secret in America. … It’s harder to get in contests because there are so many judges.”