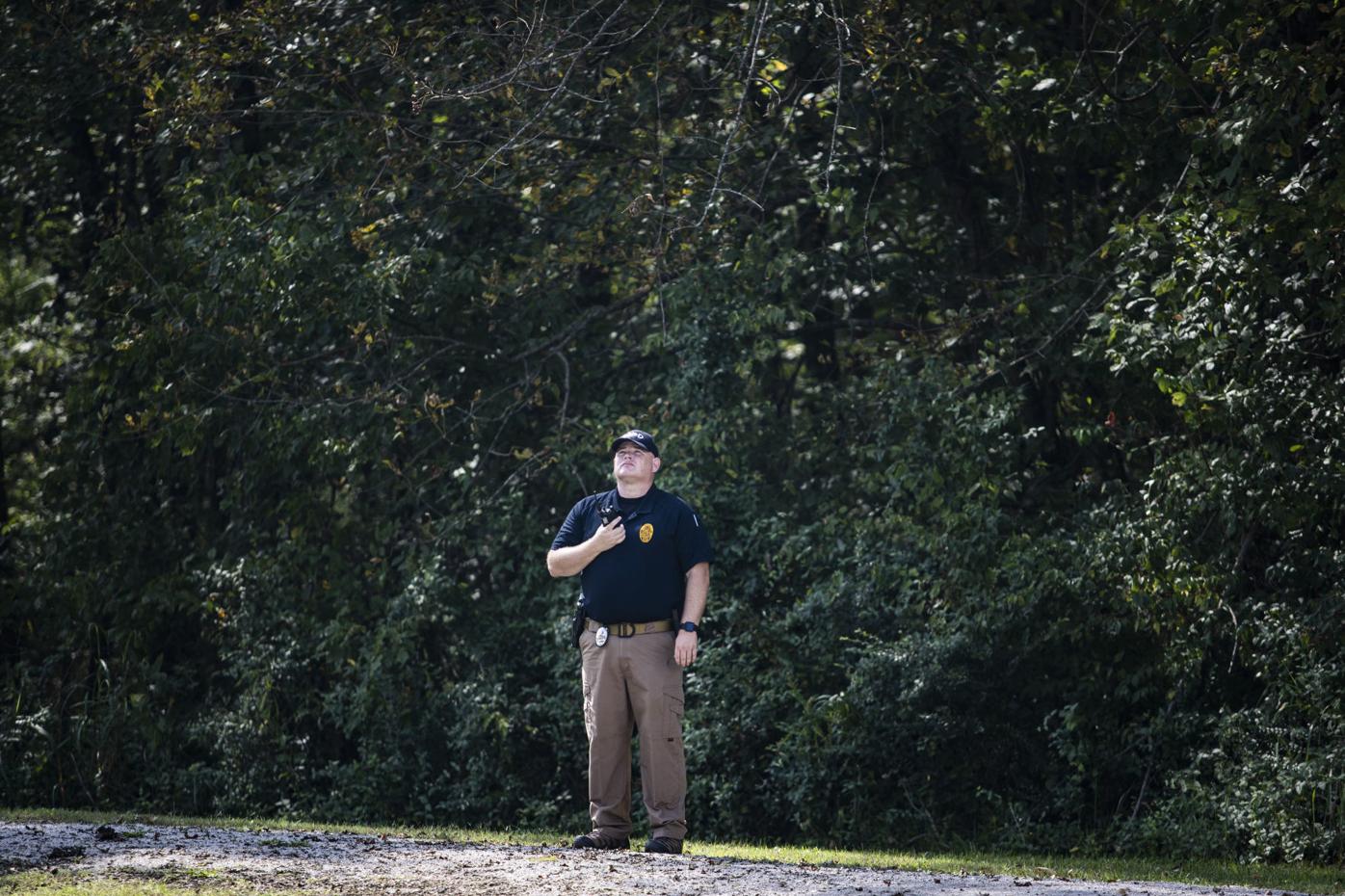 Maj. Rick Willey acts as a spotter during drone training on Friday, October 5, 2018, at the police firing range. (Austin Anthony/photo@bgdailynews.com) 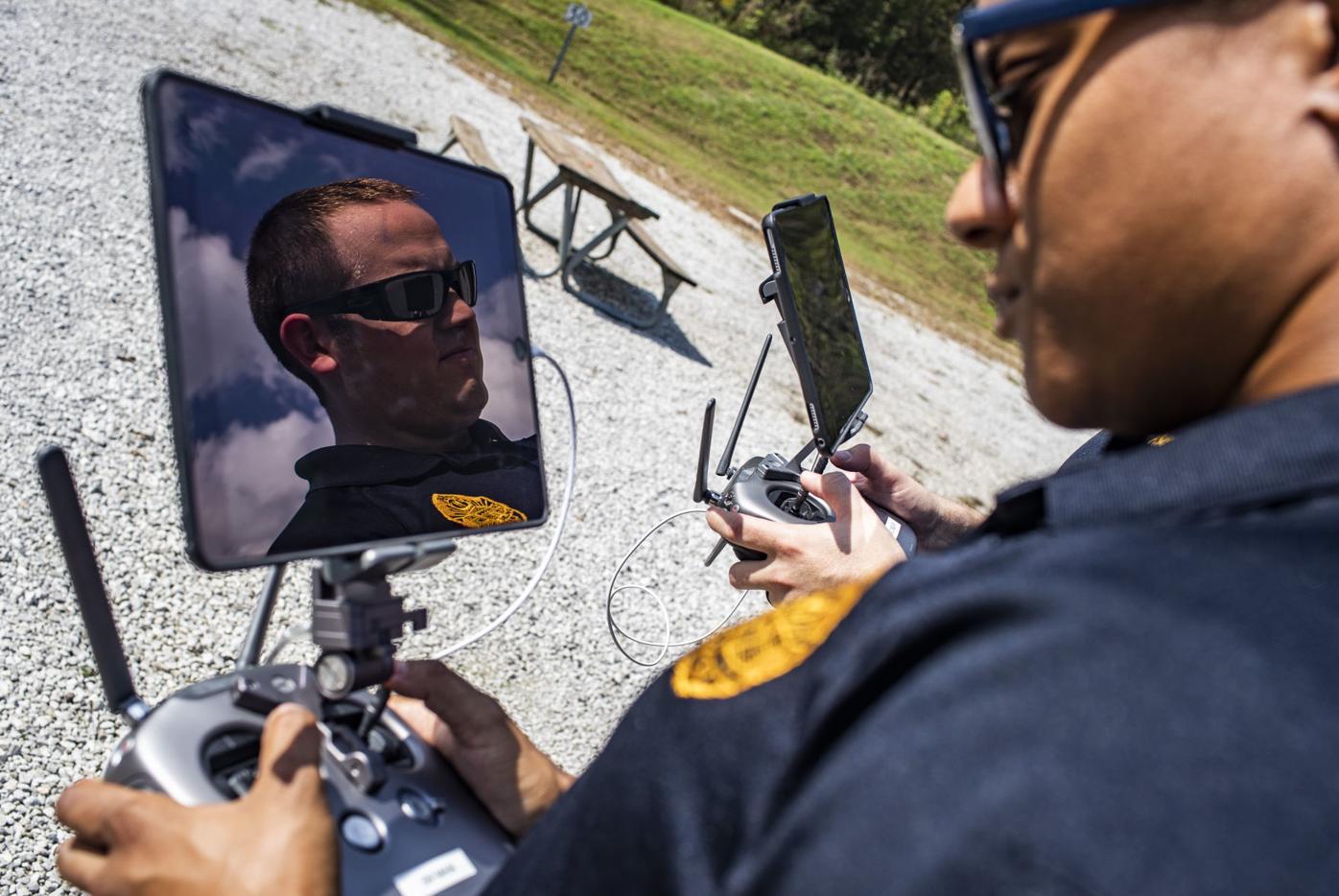 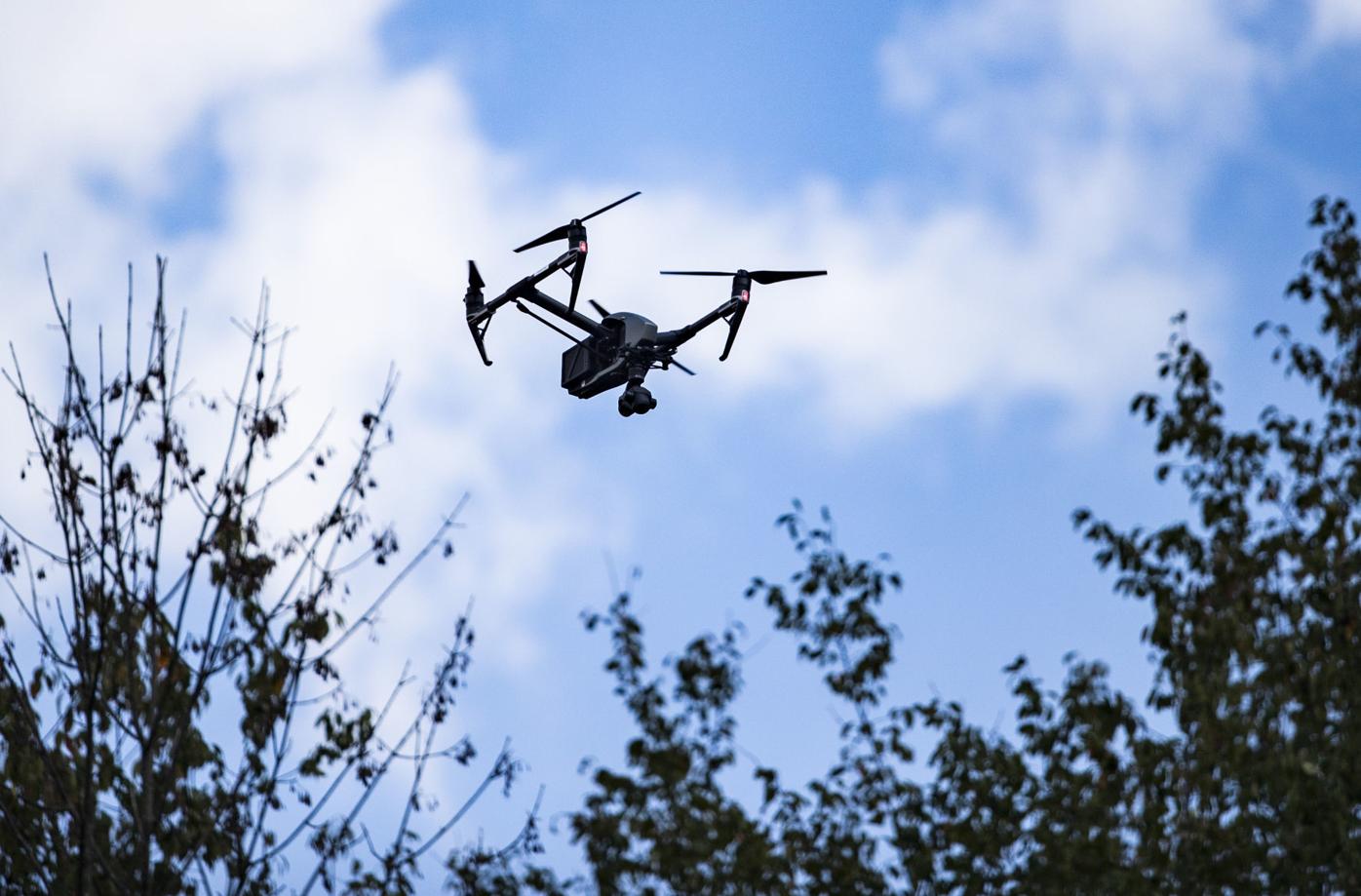 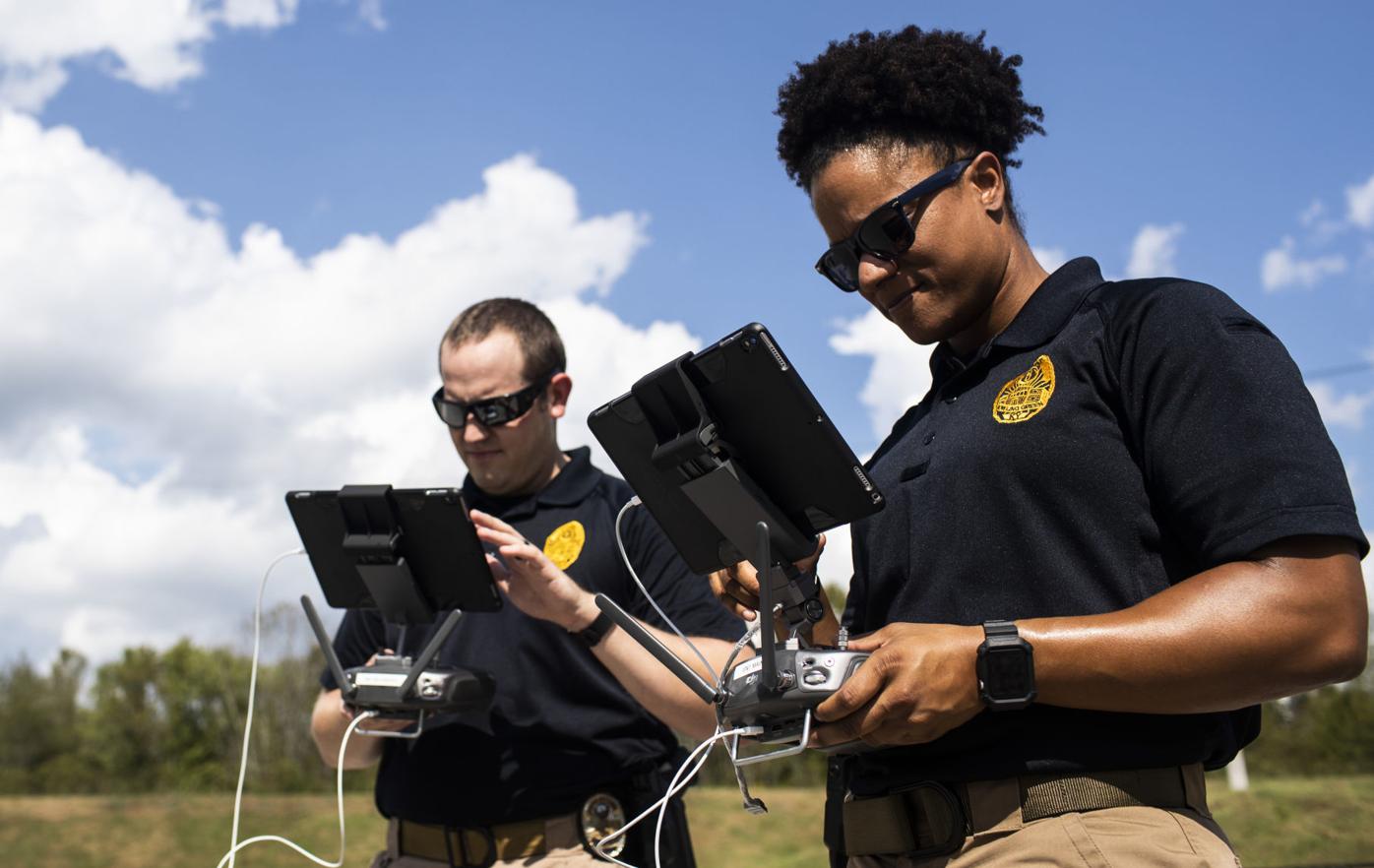 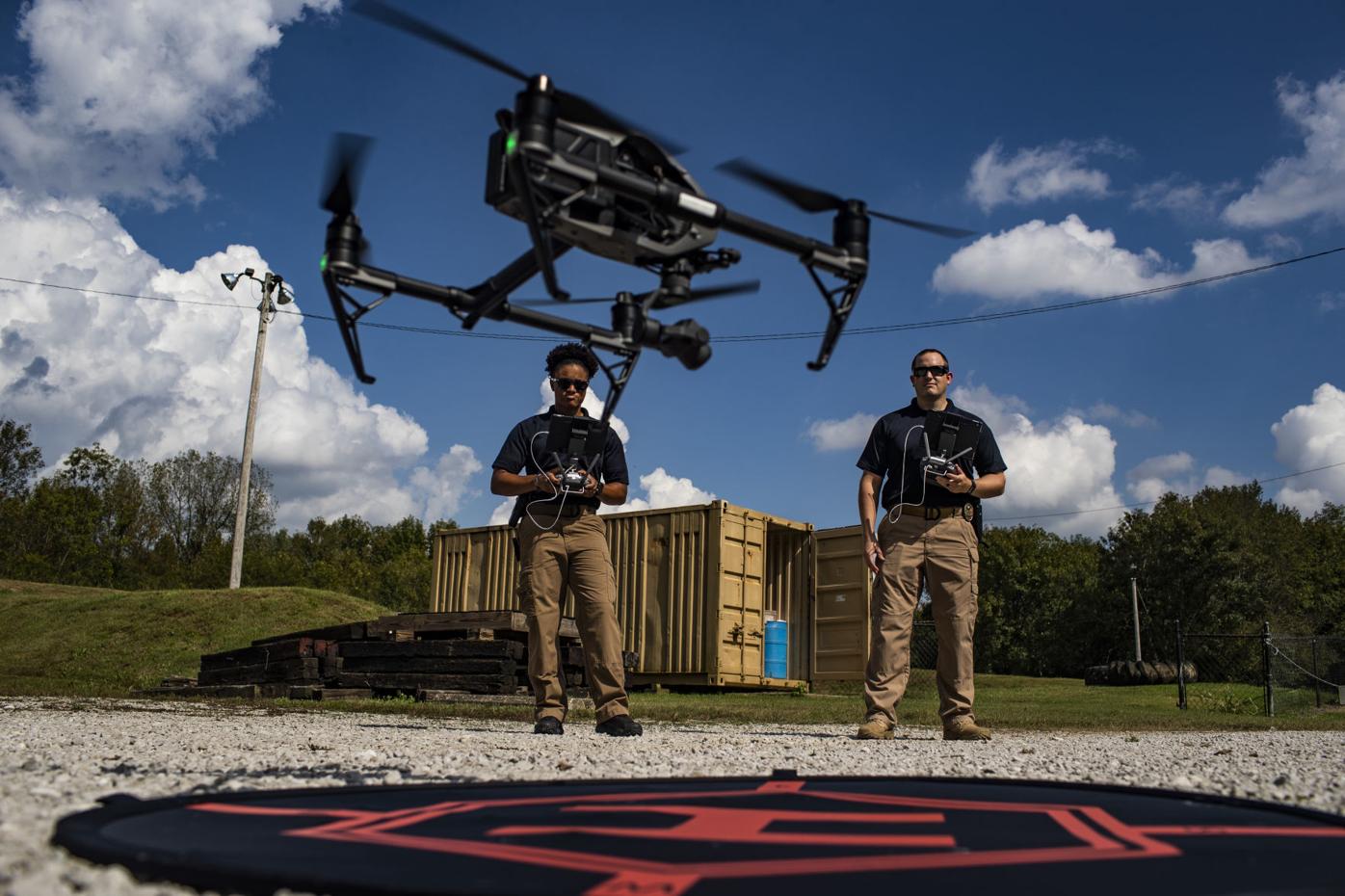 Maj. Rick Willey acts as a spotter during drone training on Friday, October 5, 2018, at the police firing range. (Austin Anthony/photo@bgdailynews.com)

Solving a crime requires no small amount of legwork, but some Bowling Green Police Department officers are able to get an assist from the air while on the job.

Seven city police officers are licensed to use drone technology to aid in their investigations.

One of the drones, a DJI Phantom 4, was acquired by the city two years ago to make promotional videos. BGPD last year purchased the other drone, a DJI Inspire 2 that can reach speeds of 58 mph, for about $5,000 along with about $3,000 of accessories.

BGPD spokesman Officer Ronnie Ward said the team of drone-operating officers was formed last year but officially became active in September after each of the officers was trained and completed the licensing process through the Federal Aviation Administration.

“Technology is constantly changing and we’re always looking for the newest or best technology that fits our needs,” Ward said. “We use them on an as-needed basis, keeping in mind that that’s a tool in our box that we can use.”

In the early stages of the team’s existence, city police officers have used the drones’ video technology at two vehicle crash scenes and also to aid in the service of a felony indictment warrant, Ward said.

Police drones are still a relatively new phenomenon – the Mesa County Sheriff’s Office in Colorado pioneered the use of drone technology among law enforcement in 2009.

That department’s unmanned aerial vehicle team has flown hundreds of missions in that time, primarily to photograph crime scenes and to assist in search and rescue operations, according to the agency’s website.

FAA regulations govern the ways in which drone technology can be used.

Notably, in addition to a licensing requirement for operators, police have to contact the FAA to operate a drone at a scene due to regulations that prevent the operation of a drone within five miles of an airport, Ward said.

“We spend a great deal of time practicing and flying these under varying conditions,” Ward said. “We know the technology is constantly changing and there are already adaptations that you can make for night vision, some UVAs are made to carry items, there’s no telling where the technology is headed with these devices and we’re certainly open-minded enough to keep this in mind and see where there is an application for this and how we can learn to do this better.”