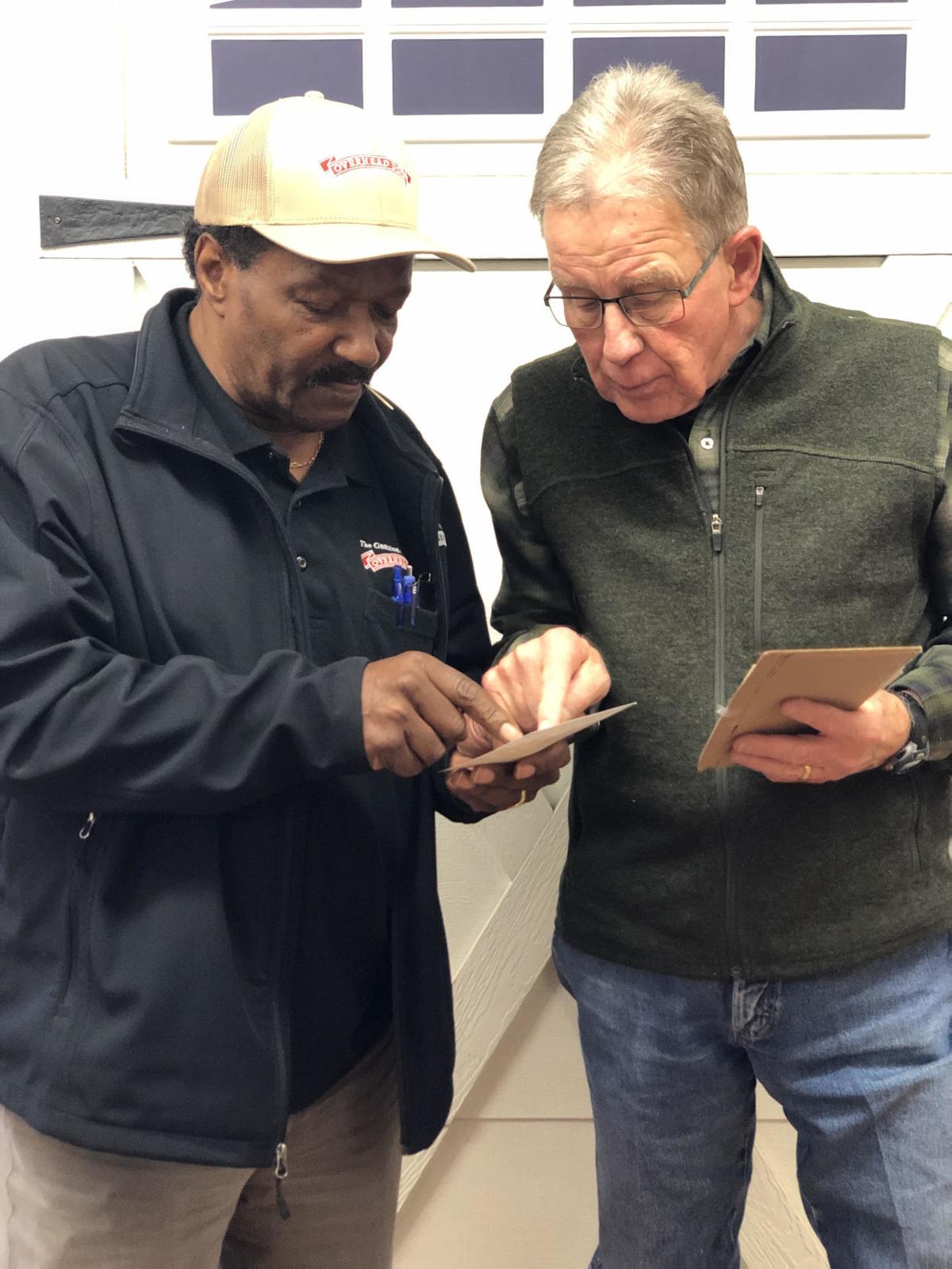 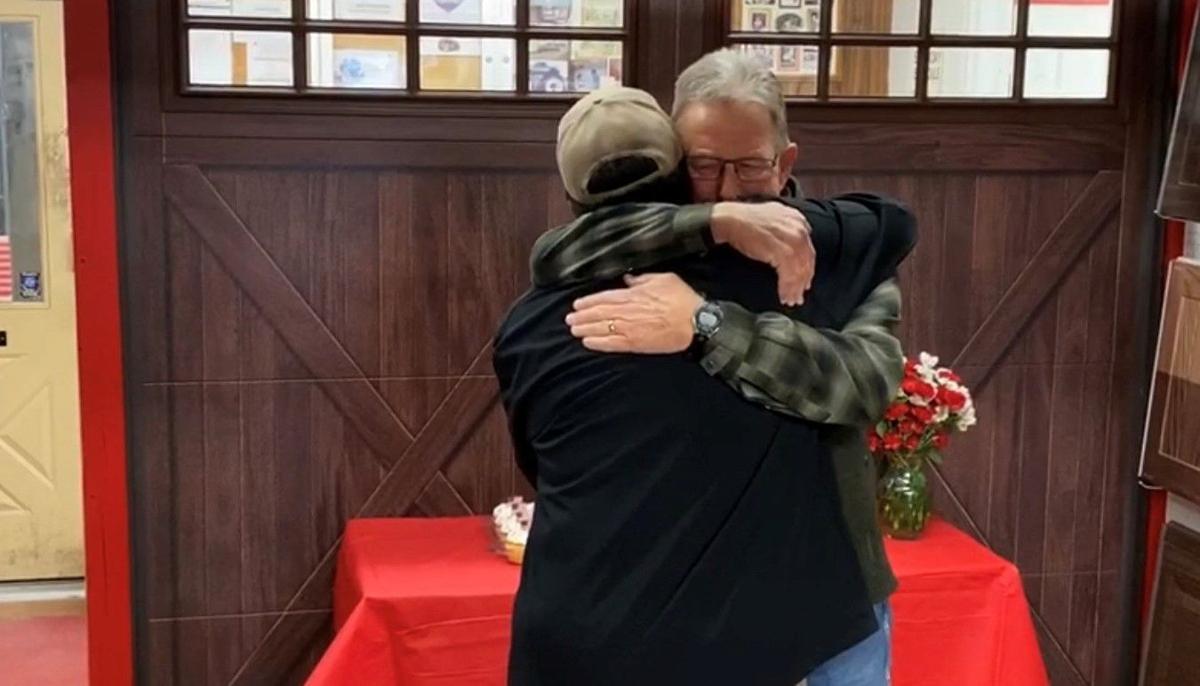 It had been almost 50 years since local Vietnam War veteran and Purple Heart recipient Elmer Payne had traded jokes with his old war buddy Bill Tutterow.

In a tearful reunion Tuesday, surrounded by family and friends ready with cellphone cameras to capture the moment, Tutterow surprised Payne by showing up to his workplace at Overhead Door Co. on Nashville Road.

After an emotional embrace with his friend, Payne turned with a smile to point toward the onlookers and TV cameras – gathered under the guise of shooting a commercial – to say: “Y’all got me!”

For Payne and Tutterow, the moment marked the first time they’d seen each other since 1971.

Between the brutal firefights they survived on the ground, friends they lost along the way and the chilly welcome they got after returning home, both men carried scars both seen and unseen.

On Tuesday, the two recalled their experience as they flipped through old photographs taken during the war.

“You couldn’t talk about it. You just stuff it and stuff it. Nobody wanted to hear about it,” said Tutterow, of Colorado, adding there was no outlet to be “deprogrammed” once he came home.

Payne agreed. Coming home, he thought soldiers like him would get a hero’s welcome, not be branded as “baby killers” out of their minds.

“I’ve never been crazy. … That’s the way they labeled us,” Payne said.

Growing up a sharecropper’s son, Payne said he dropped out of school and went to work, only later to be drafted and enter the service in February 1969, about one year after Tutterow did the same.

Both men served during a phase of the war marked by the deadly fallout of the Tet Offensive orchestrated by North Vietnamese forces and eroding public support back home.

Recalling his experience, Payne said there was a time “you didn’t think you would ever, ever make it back.”

“You thank God you’re back home,” he said.

For Tutterow, it was Payne’s contagious smile and dauntless positivity that carried their unit through its bleakest moments. He recalls how Payne seemed to bounce everywhere he went, and how he’d “keep us in stitches.”

“He brought life to us.” Tutterow said, adding Payne made people feel like “everything was OK.”

Along with receiving the Purple Heart, an award given to those wounded or killed in action, Payne has received a National Defense Service Medal, the Bronze Star and Good Conduct medals.

On Tuesday, Bowling Green Mayor Bruce Wilkerson read from a certificate of recognition he gave to Payne that praised his “character and integrity.”

“You’re well-loved and appreciated in your community,” Wilkerson said.