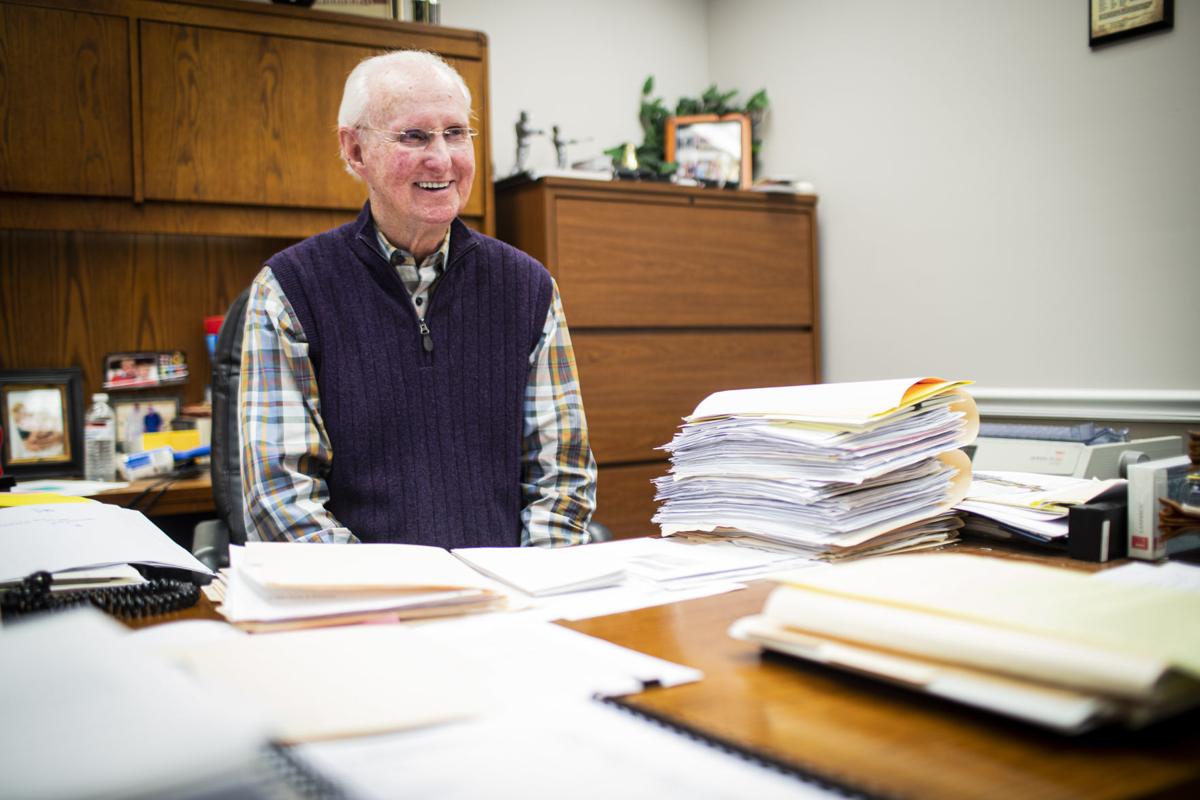 Jimmie Gipson smiles as he is interviewed about his retirement announcement Tuesday, January 28, 2020, at Houchens Industries. 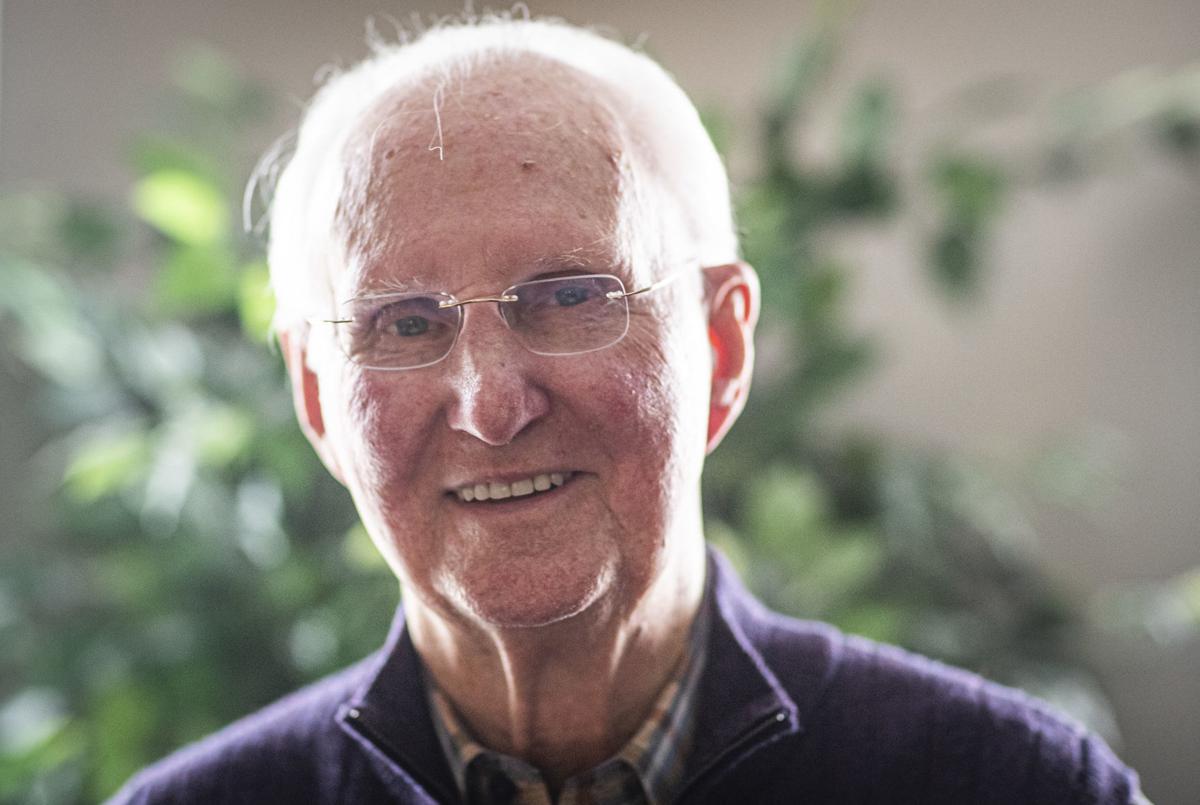 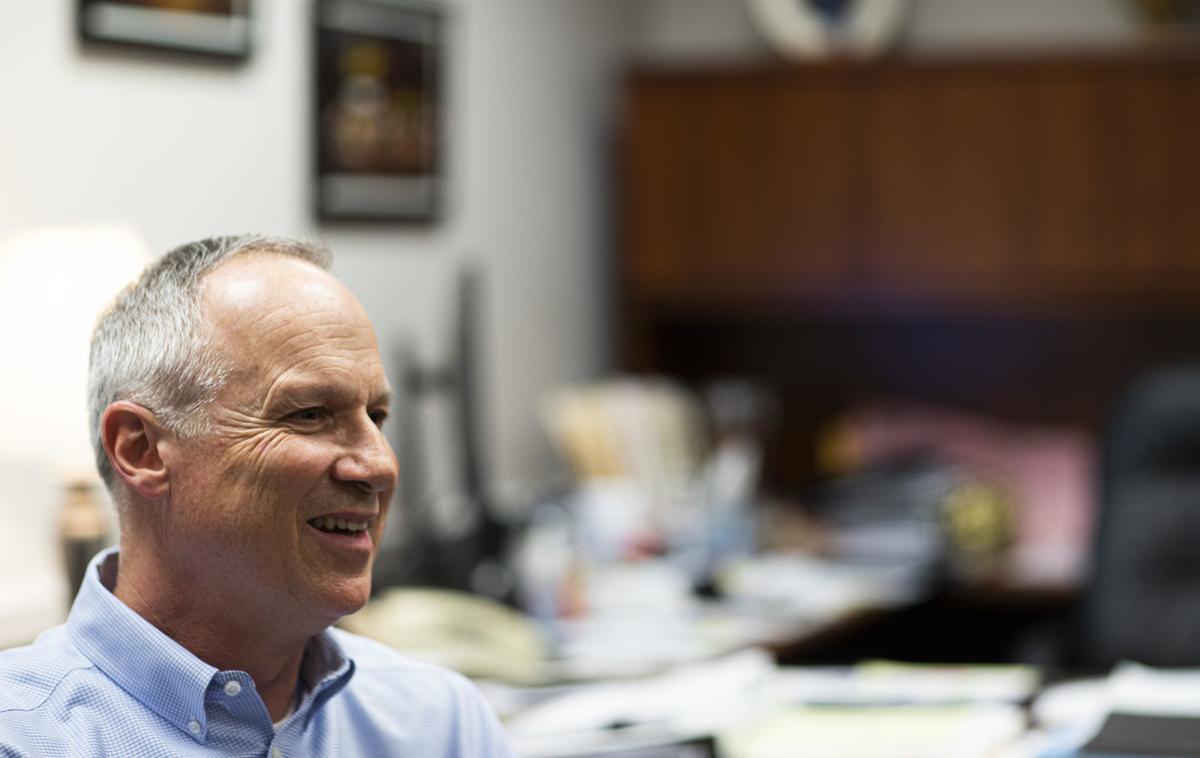 Jimmie Gipson smiles as he is interviewed about his retirement announcement Tuesday, January 28, 2020, at Houchens Industries.

Thanks largely to Jimmie Gipson, many of Bowling Green-based Houchens Industries’ employees have been able to enjoy comfortable retirements. Now Gipson is ready to join them.

“Everybody has to retire sometime,” Gipson said Tuesday afternoon, just hours after the announcement that he was retiring at the end of March after 55 years with Houchens, the last 27 as CEO. “I’ve never been excited about retiring because I’m excited about what I do. I plan to be here every day until it’s time to go.”

Sitting behind a modest desk in an office cluttered with spreadsheets and assorted souvenirs from his tenure, Gipson reflected on a term as chief executive that saw Houchens transformed from a regional retail grocery company to a multibillion-dollar conglomerate that is among the largest employee-owned companies in the world.

“We’ve been very blessed,” said Gipson, 78. “We never bought a company just to get bigger, and we never intended to buy a company that wasn’t run by good people. If you do that, you’ll generally do well.”

An Edmonson County native who calls himself “a common person,” Gipson understates the impact he has made. Under his leadership, the company Ervin Houchens started in 1917 with a single Barren County grocery store today has more than 16,000 employees and annual revenue of more than $3 billion.

Now the mothership for such companies as Van Meter Insurance, Scotty’s Contracting & Stone, Stewart Richey Service Group, Crossroads IGA and Sheldon’s Express Pharmacy, Houchens has built wealth for itself and for the employees who have benefited from its 1988 conversion to an Employee Stock Ownership Plan.

“Becoming an ESOP is very gratifying,” Gipson said. “Years ago, we had a lady who worked in a Houchens store for 40 years. She had more than $480,000 in her retirement account. That’s life-changing for common people.”

Gipson’s tenure at Houchens has changed his life, but it doesn’t seem to have changed him.

Dressed in a simple zip-up vest and plaid shirt, Gipson joked that he is just a “country bumpkin” who was shy about approaching the big-city bankers who helped provide the funding to make the ESOP conversion possible.

Gipson, who earned an accounting degree at the former Bowling Green Business University, worked his way up through the Houchens ranks to become only the company’s third CEO after Ervin Houchens and his nephew Ruel Houchens.

“I never read any business psychology books,” he said. “I do read the Bible, and I get a lot of wisdom from that.”

And, apparently, he gets a penchant for philanthropy.

During Gipson’s tenure as CEO, Houchens has been a huge benefactor to Western Kentucky University and to such nonprofit organizations as the Center for Courageous Kids, the Boys and Girls Club of Bowling Green, the Stuff the Bus Foundation and Junior Achievement.

“That’s just part of what you do as a company,” Gipson said of the philanthropic efforts.

Gipson may dismiss it as routine, but the impact he and Houchens have made isn’t lost on local business and government leaders.

“He has led Houchens through many changes over the years, all the while taking care of his employees,” Bowling Green Mayor Bruce Wilkerson said of Gipson. “He has been such an inspiration to our community in showing what entrepreneurial vision can be.”

Likewise, Bowling Green Area Chamber of Commerce President and CEO Ron Bunch is well aware of the mark Gipson has made.

“You can’t overstate the amazing things Houchens has done in our community,” Bunch said. “From the economic impact to the philanthropy, we’re all indebted to Jimmie for his leadership.”

Like most of the decisions he has made over the years, Gipson’s decision to retire has been well-thought-out. He will be succeeded by Dion Houchins, the company’s executive vice president for the past 11 years.

“I knew him when he was a kid,” Gipson said of Houchins. “Me and his dad were best buddies in high school, and I’ve watched him grow over the last 20 years. He will do a great job.”

Houchins, 55, said the transition plan “has been in place for a while.”

“It’ll be different (when Gipson retires),” Houchins said. “I’ve been fortunate to work with Jimmie for 11 years. I know the culture, and I know the people. The two things I’ve learned from Jimmie are patience and the importance of loyalty. The company reflects that.”

After dedicating himself to Houchens Industries for more than a half-century, Gipson isn’t looking forward to his last day.

“It will be bittersweet,” he said. “I’ll miss the people and all the relationships. This has been my family.”

Employees at Bowling Green-based Houchens Industries Food Group, who have gone through a series of adjustments since the beginning of the coro…