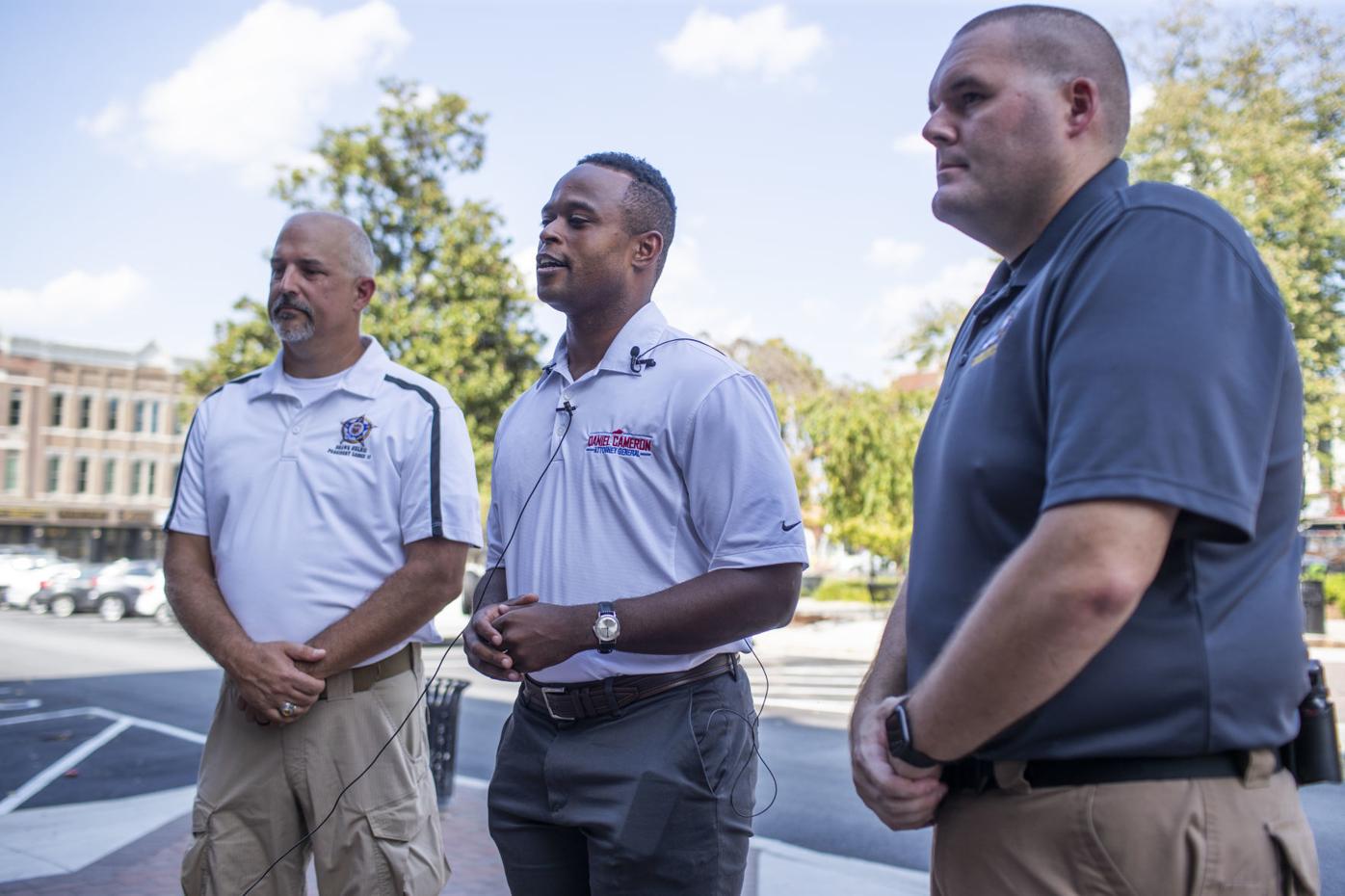 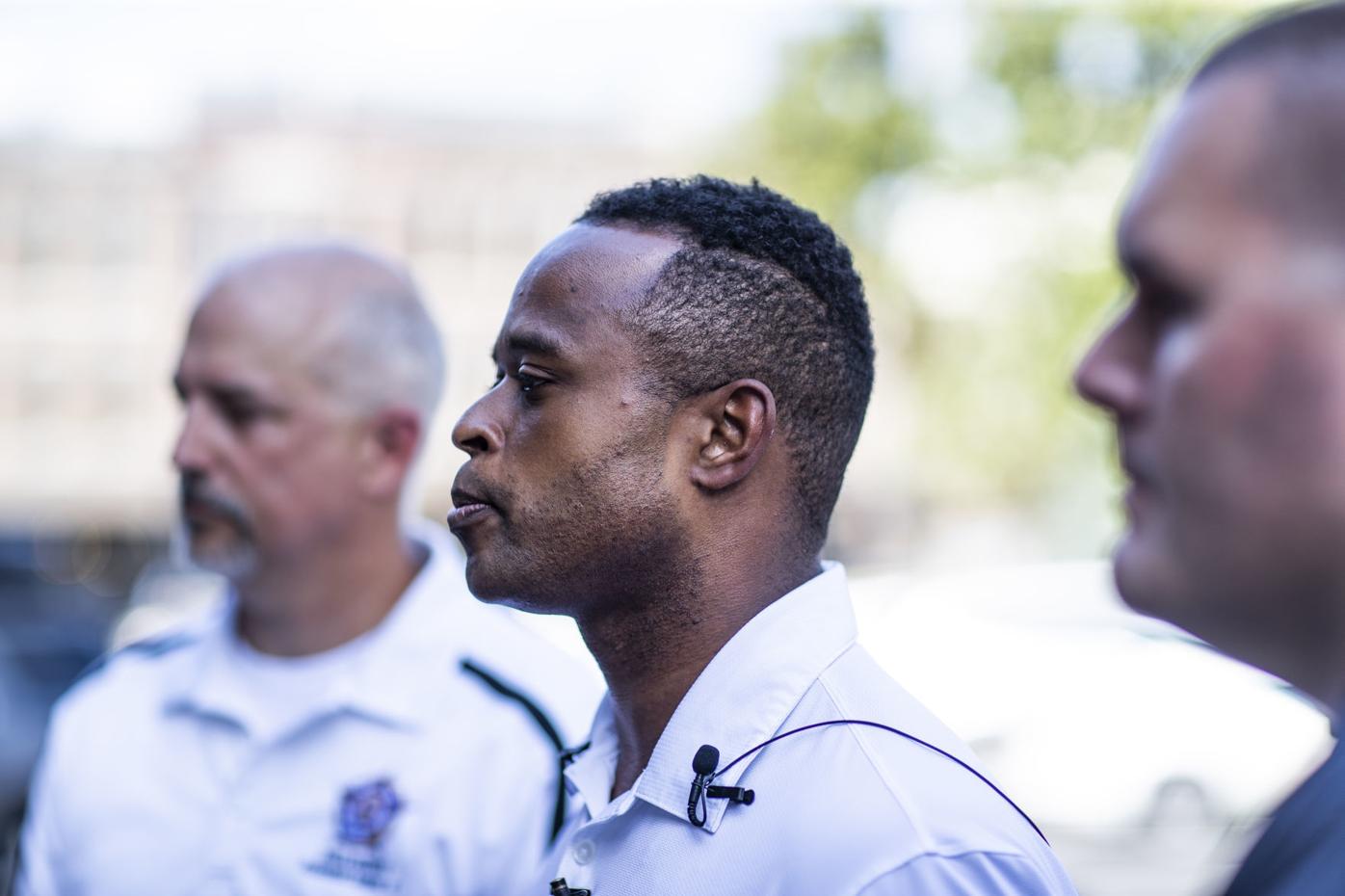 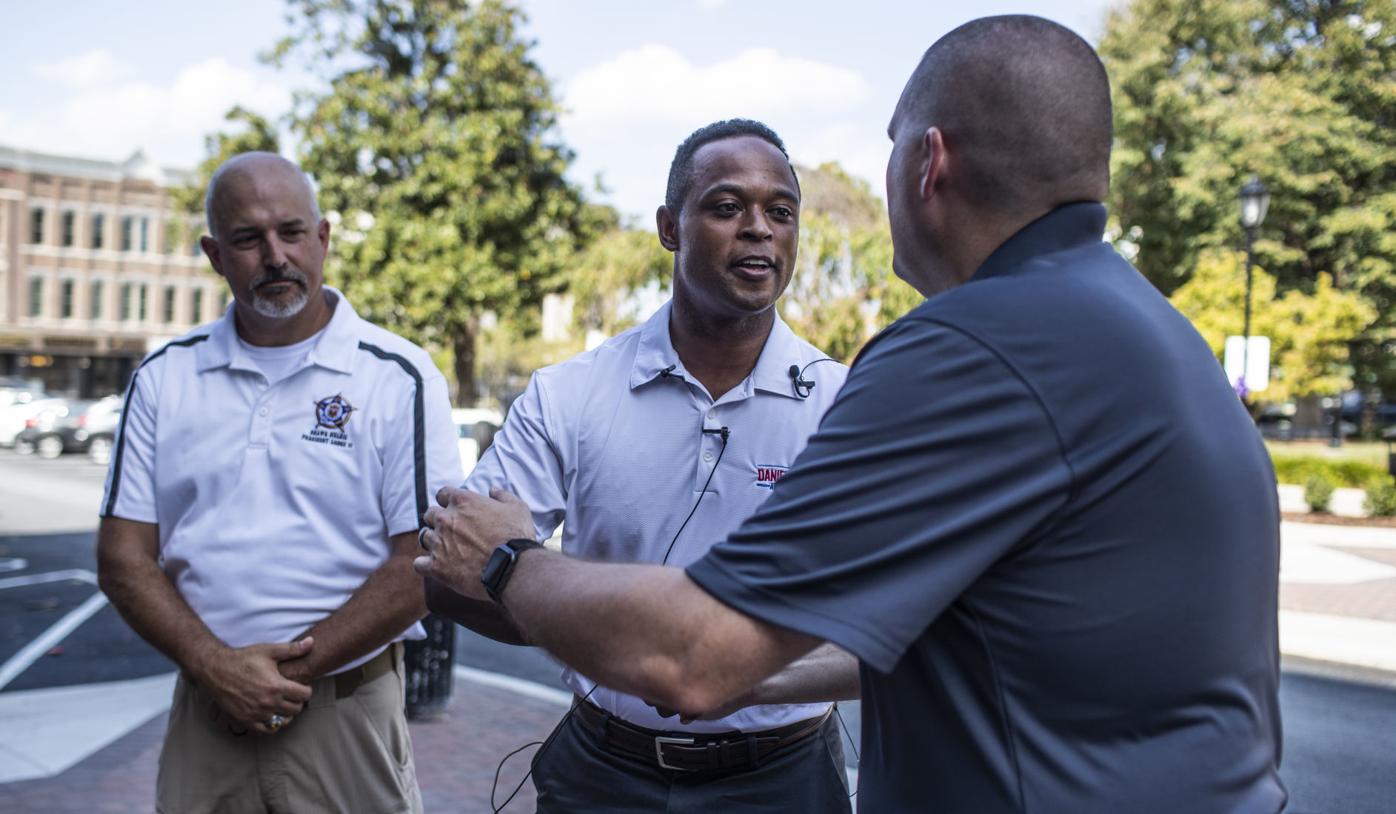 With elections for statewide office looming, Kentucky attorney general candidate Daniel Cameron believes he is well-positioned for November after earning the endorsement of the Kentucky Fraternal Order of Police.

The state FOP announced its endorsements earlier this month, and Cameron, the Republican nominee, visited members of FOP Lodge #13 in Bowling Green on Friday.

“It’s pretty clear to us that Daniel Cameron is the one to lead us forward, if you look at his energy, his prior work with law enforcement and with the Office of National Drug Control Policy that he’s brought money through for Kentucky,” FOP Lodge 13 president Shawn Helbig said. “He knows what he’s up against and he has not hesitated to work with Kentucky law enforcement agencies on a regular basis.”

“I’ve articulated the view that we really need to reclaim and renew the promise of the attorney general’s office as the chief law enforcement office here in the commonwealth of Kentucky,” Cameron said in a news conference Friday in Fountain Square Park with Helbig. “The law enforcement community knows where I stand on the issues and the FOP has complete faith that I can lead the office of attorney general effectively into this next decade, especially in light of the drug challenges, which in my judgment is the public safety challenge of our lifetime.”

Cameron said Friday that the attorney general’s office should act as the “tip of the spear” when it comes to confronting drugs in Kentucky, particularly crystal methamphetamine and opioids.

To that end, Cameron expressed support for increasing the number of investigators in the criminal investigations branch of the attorney general’s office and creating an ambassador program in which two volunteers in each county can meet with local civic organizations to talk about the long-term community effects of drug addiction.

“Crystal meth is starting to make a resurgence back here and a lot of it is being brought in by Mexican drug cartels, so I think a porous southern border means insecurity for Kentucky families,” Cameron said. “We need to make sure we’re doing everything to discourage that sort of activity.”

While he has garnered the state FOP’s endorsement, Cameron is also the subject of a lawsuit challenging his spot on the ballot.

Filed in Jefferson Circuit Court by Joseph L. Jackson, a resident there, the lawsuit asks for Cameron’s name to be stricken from the ballot, arguing that he has not met the requirement that attorney general candidates have to have practiced law for at least eight years.

The suit rests on the argument that, while Cameron became a licensed attorney in 2011, he spent the next two years as a law clerk for a federal judge, and a set of published ethics guidelines for federal judicial clerks holds that a clerk may not practice law while holding that position.

Cameron has responded that his admission to the Kentucky bar eight years ago sufficiently qualifies him for the office and that the Kentucky Supreme Court holds that judicial clerkships constitute a practice of law.

Stumbo’s campaign has argued that Cameron is too inexperienced to hold the state’s top law enforcement office.

A hearing has been set for Oct. 7.

Cameron said Friday he has “100 percent confidence” that the lawsuit will be dismissed, mentioning a similar challenge unsuccessfully mounted against Ben Chandler when he ran for attorney general in 1995.

“This is a ploy by the Stumbo campaign through a surrogate,” Cameron said. “I have the eight years to be qualified ... when someone made a similar allegation against Chandler, the critical question that the courts looked at wasn’t what sort of practice he had but how long he had been licensed.”