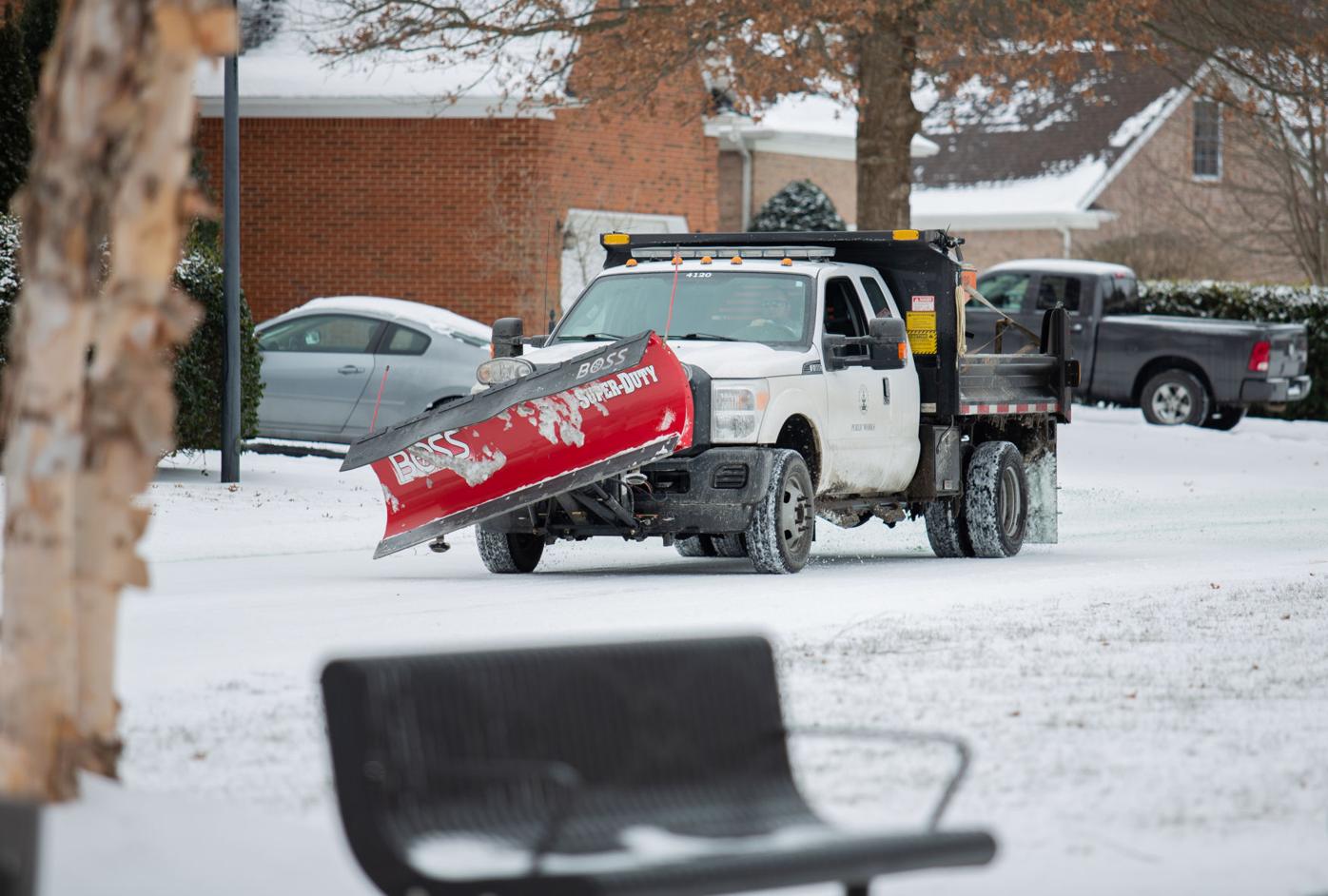 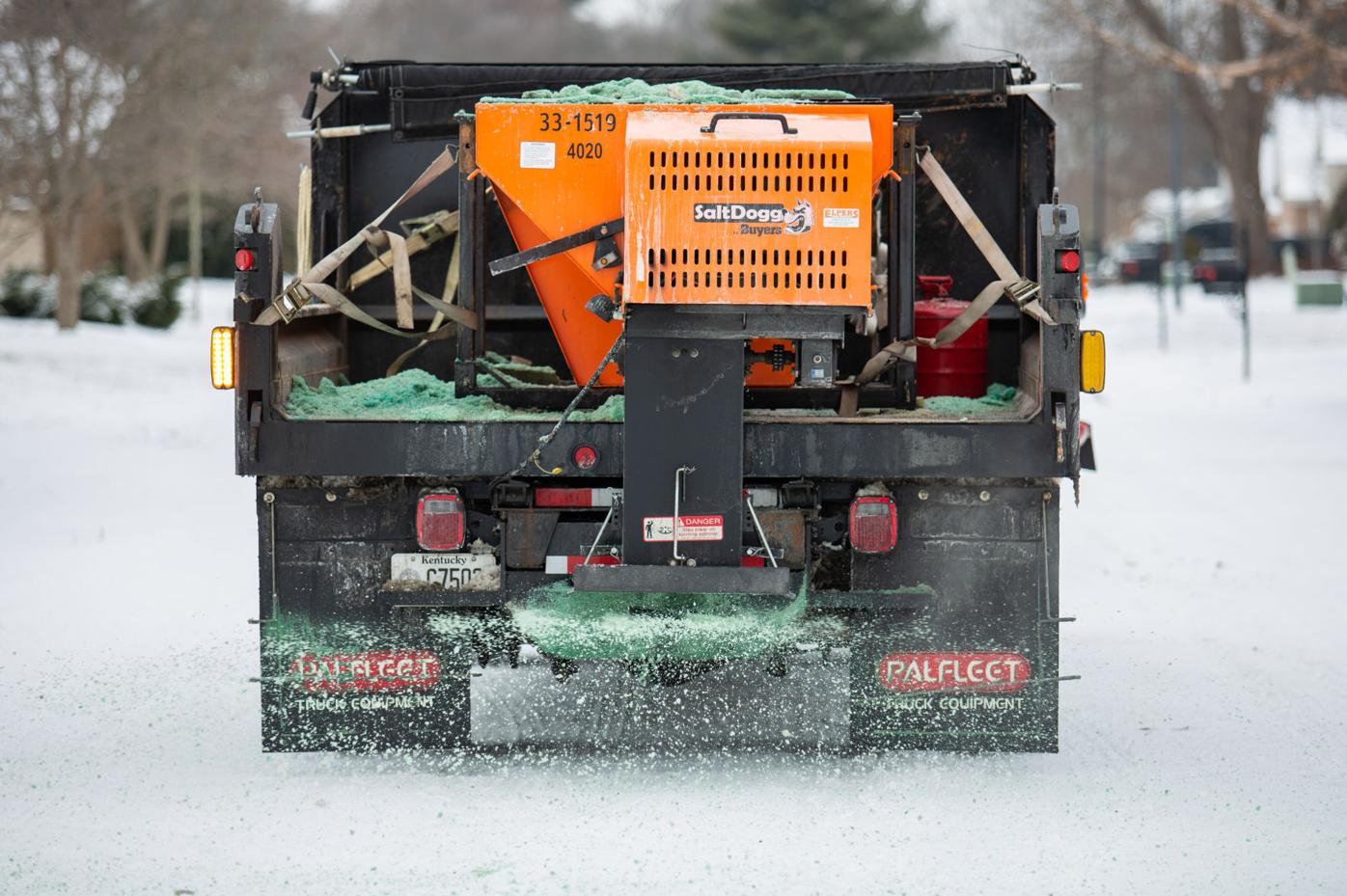 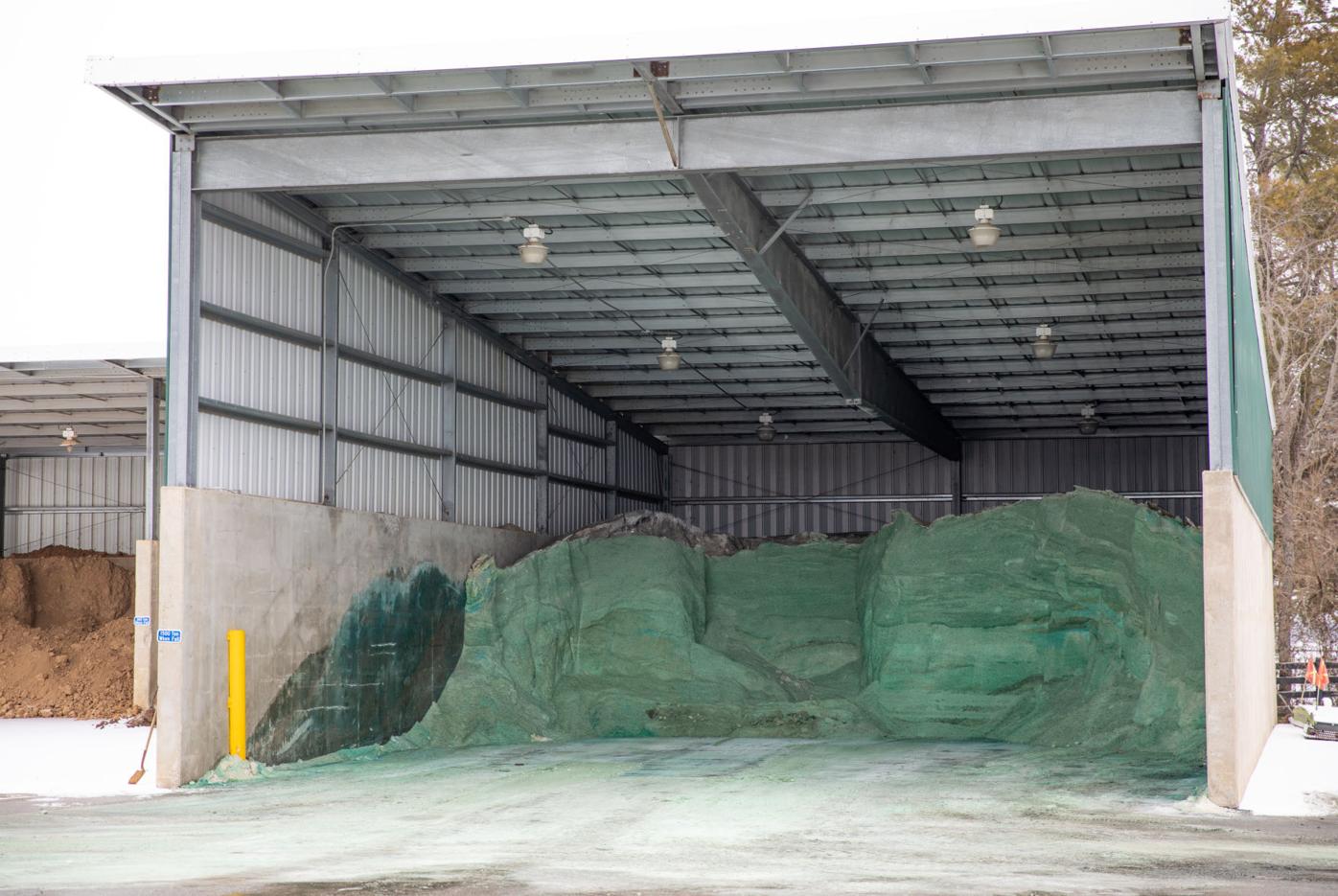 Approximately 30 percent of the Bowling Green Public Works' 1,500-ton salt supply sits in a lot at the department's center on Lapsley Lane on Wednesday, Feb. 17, 2021. As the city prepares for another round of winter storms Thursday, more salt is expected to be brought in from backup storage units. (Grace Ramey/photo@bgdailynews.com) 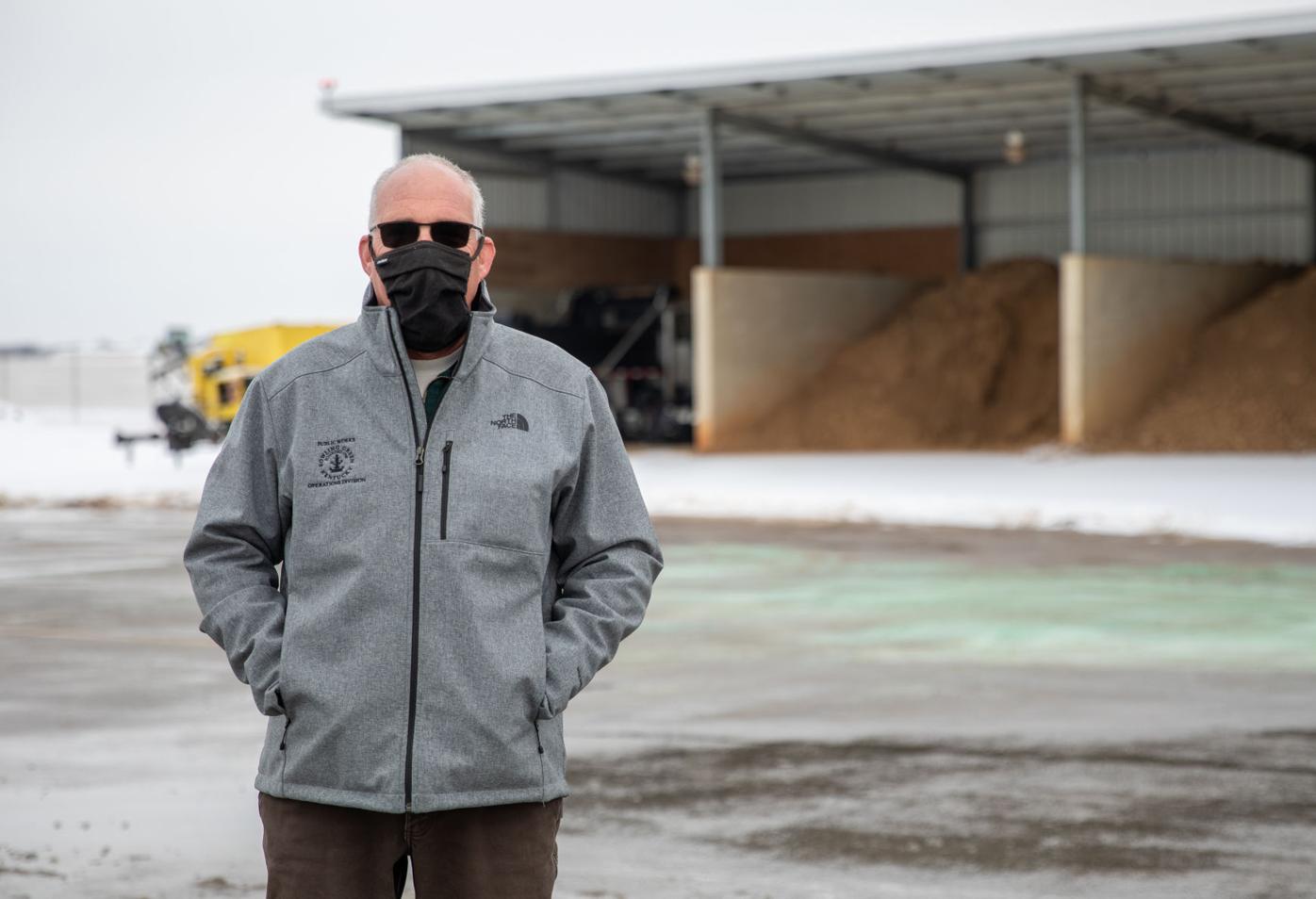 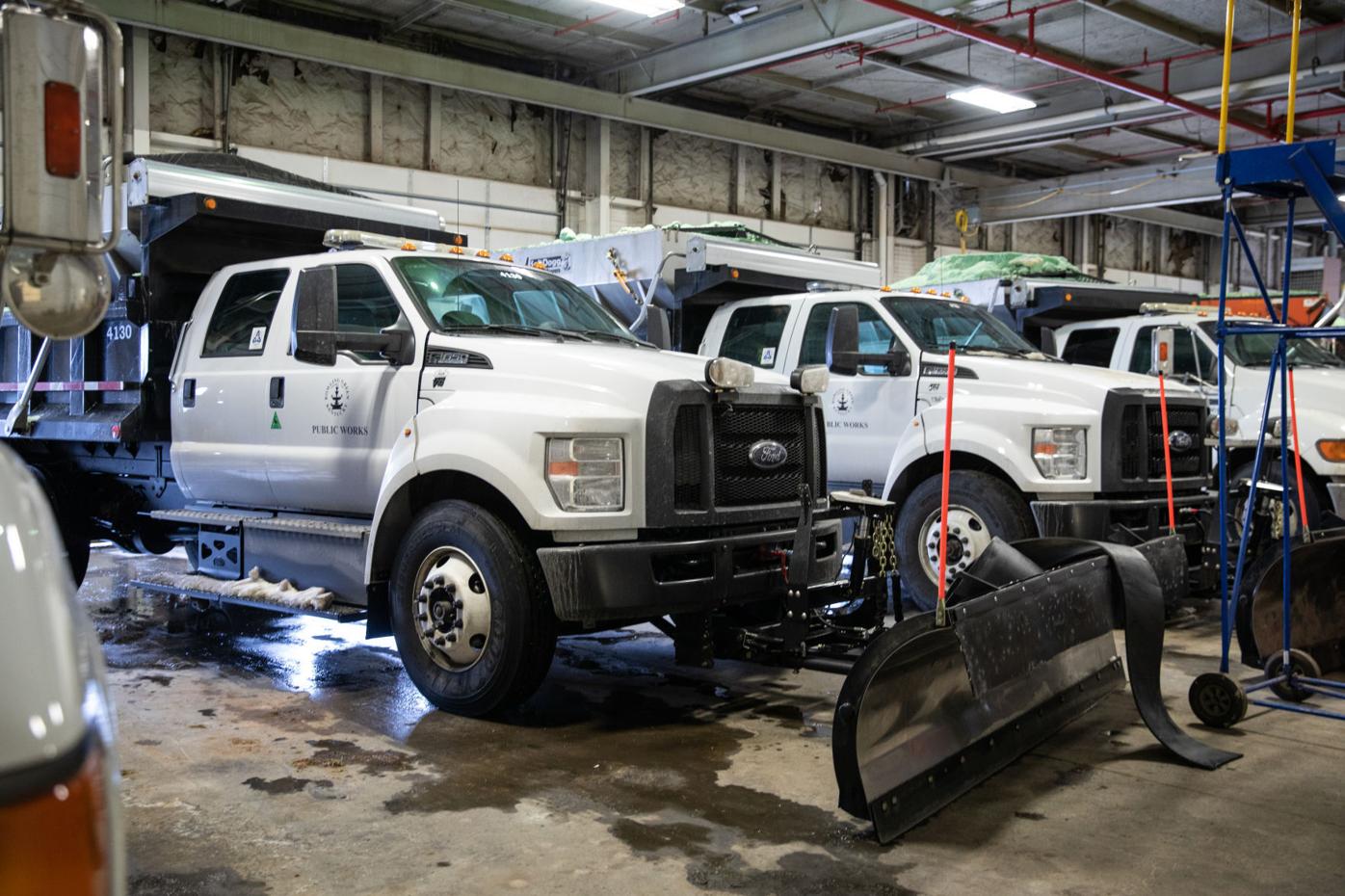 Approximately 30 percent of the Bowling Green Public Works' 1,500-ton salt supply sits in a lot at the department's center on Lapsley Lane on Wednesday, Feb. 17, 2021. As the city prepares for another round of winter storms Thursday, more salt is expected to be brought in from backup storage units. (Grace Ramey/photo@bgdailynews.com)

With the third winter storm in a week forecast to impact Bowling Green and the surrounding region, city and state officials said Wednesday they are prepared and well-supplied to respond to its potentially hazardous fallout.

WxOrNot moderator Cooper Bennett said the latest storm could produce 1 to 5 inches of snow/ice accumulation in the area.

Bennett said road conditions will continue to be treacherous.

“Roads will absolutely have an impasse, no matter what the overall total will be,” he said. “That’s almost a guarantee at this point. ... We are trying to be as transparent as possible with the predicted range. This is just one of the hardest places in the country to predict the weather.”

Bennett said temperatures will remain below freezing Thursday before falling to the low teens that night and for most of the day Friday.

However, the area is forecast to get much warmer by Sunday with temperatures well above freezing.

Bowling Green Municipal Utilities Water Systems Manager Mike Gardner said the sudden change in temperatures could cause shifts in the ground that might lead to damaged water lines.

“Water demand has been pretty difficult for this time of year,” he said. “We are starting to have impacts with broken water mains due to the ground freezing. Right now, having some snow cover is helping a little bit as it causes blanket insulation. We don’t expect this next system to impact us greatly, but everyone is ready to respond.”

Gardner said his crews have dealt with three water line breaks so far, but they are continuing to do a great job.

“We just ask folks to be patient and careful if any potential new breaks emerge,” Gardner said. “Also, please say a prayer for our guys out there.”

A large outage occurred in the area Monday night after a Tennessee Valley Authority transmission line was damaged. Power was lost in select spots around Bowling Green for a couple of hours, but all outages have since been repaired.

While TVA said Wednesday that it is seeing its highest power demand in more than three years, White said BGMU has not had record demand.

“We are nowhere near capacity, and we have had no issues with power demand,” White said. “Everything is running pretty normally right now. ... We are making sure our trucks are ready to go. We are extra prepared for this storm, but at this point we aren’t under any real energy restraints.”

“Our guys have been working almost straight through since the last storm hit us,” Meredith said of road crews. “We hope this next event consists of more snow than ice as that’s easier to deal with. These guys are essential workers and are dealing with a lot of stress. We are proud of what they are doing and how diligent they have worked.”

On Tuesday afternoon, crews with Warren Rural Electric Co-op Corp. left Bowling Green bound for Licking Valley Rural Electric Cooperative in West Liberty, which is in the eastern part of the state.

The crews will help repair damage and restore power in areas hit by this week’s earlier winter storm.

At this time, storm-related outages in the WRECC territory have been restored, and the entity will have ample crews available for all local needs, including routine maintenance and emergencies.

Warren County Public Schools closed in-person classes for the remainder of the week as well. The Bowling Green Independent School District was closed through Wednesday as of press time.

While Monday’s snow total was less than what was forecast, the Bowling Green area still faced the impacts of more than 3 inches of ice and sno…