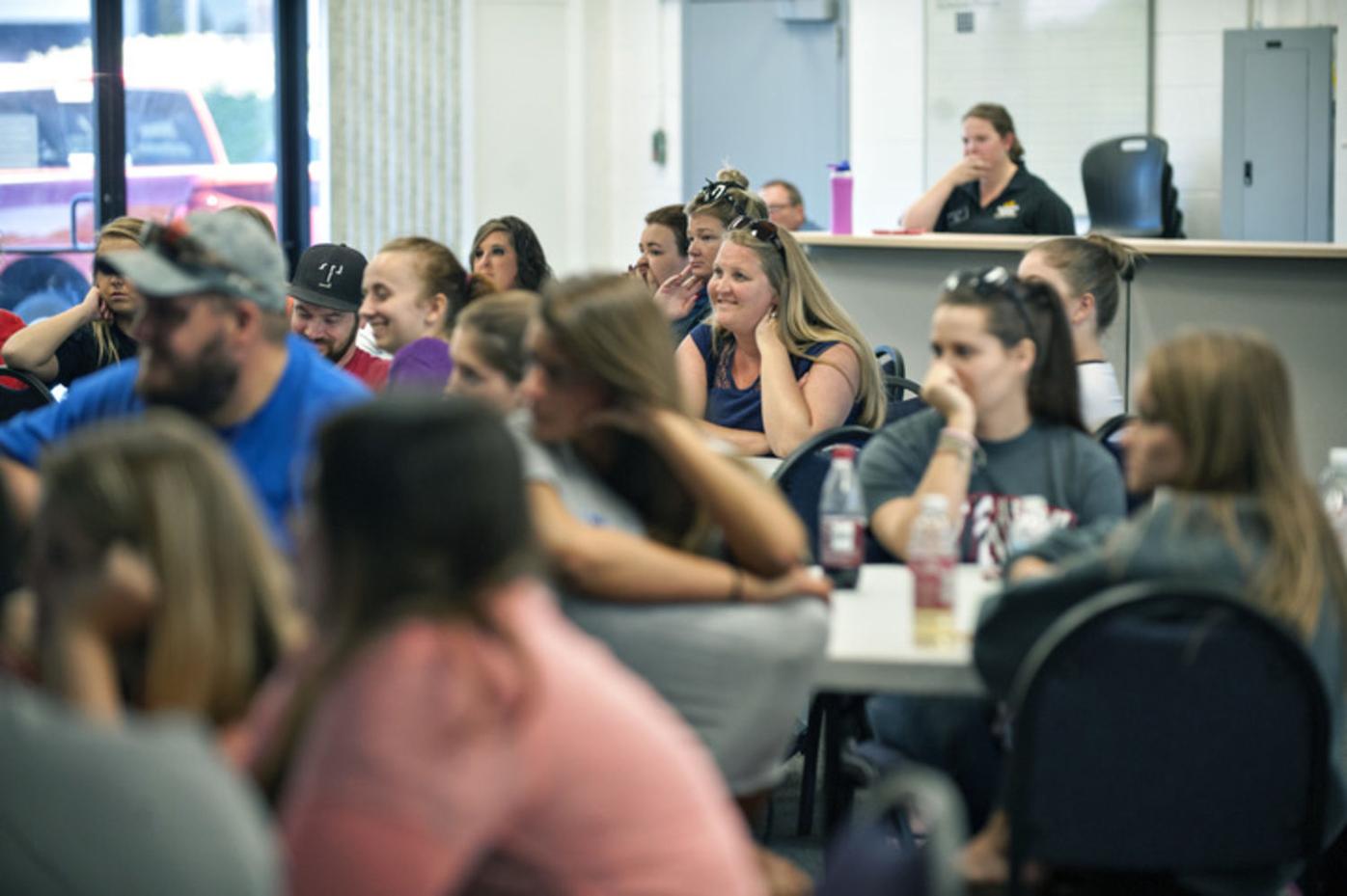 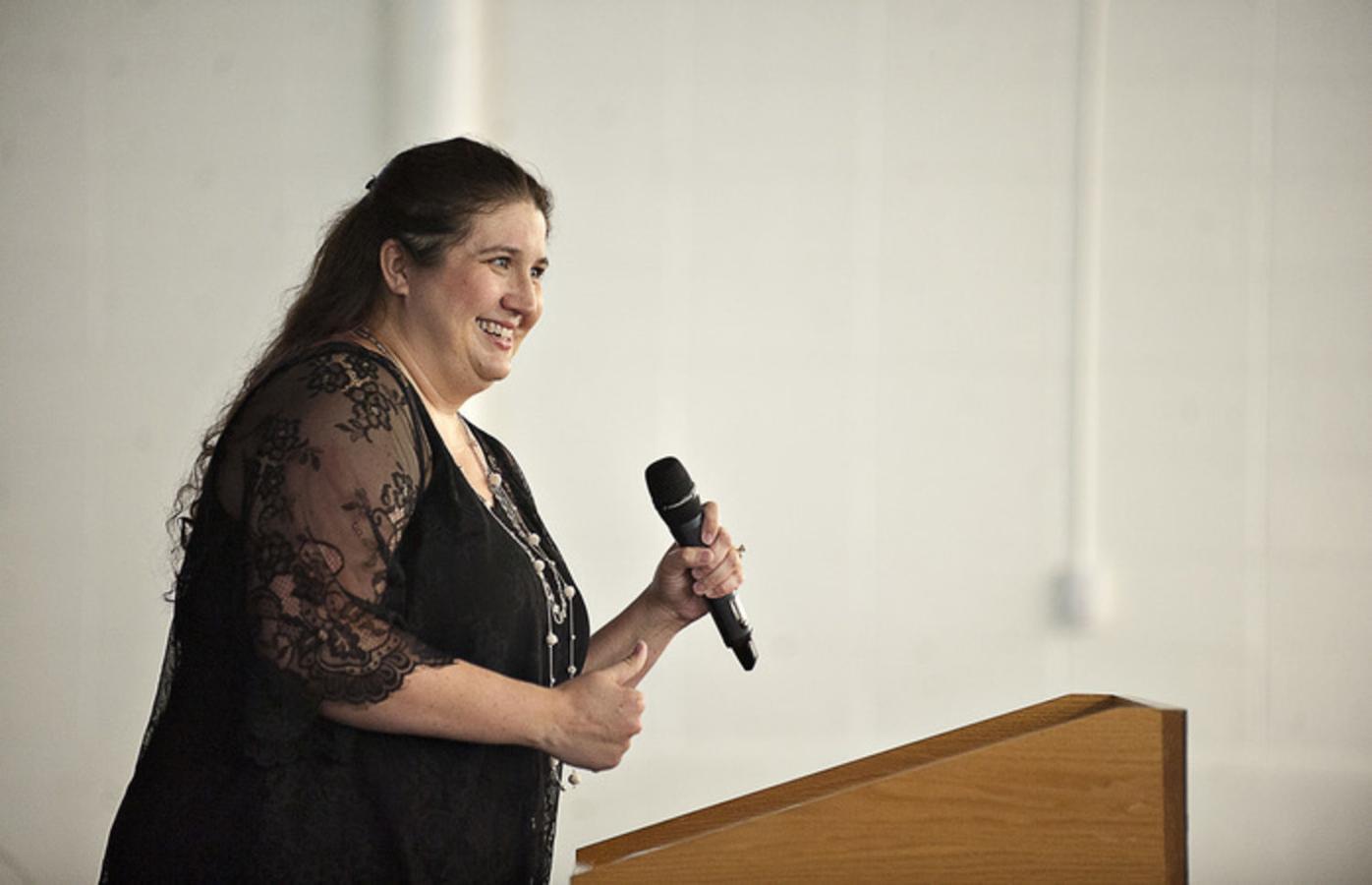 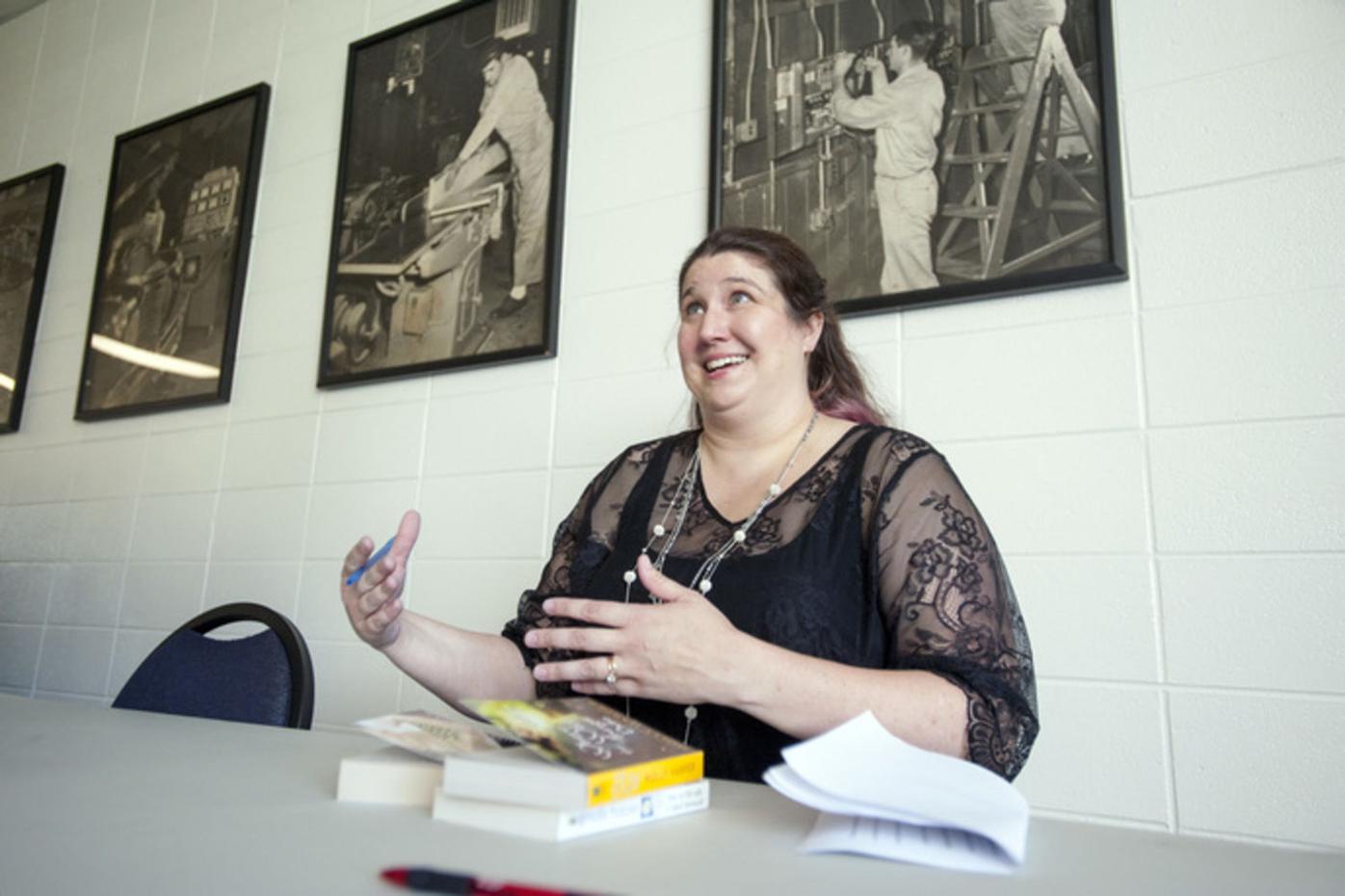 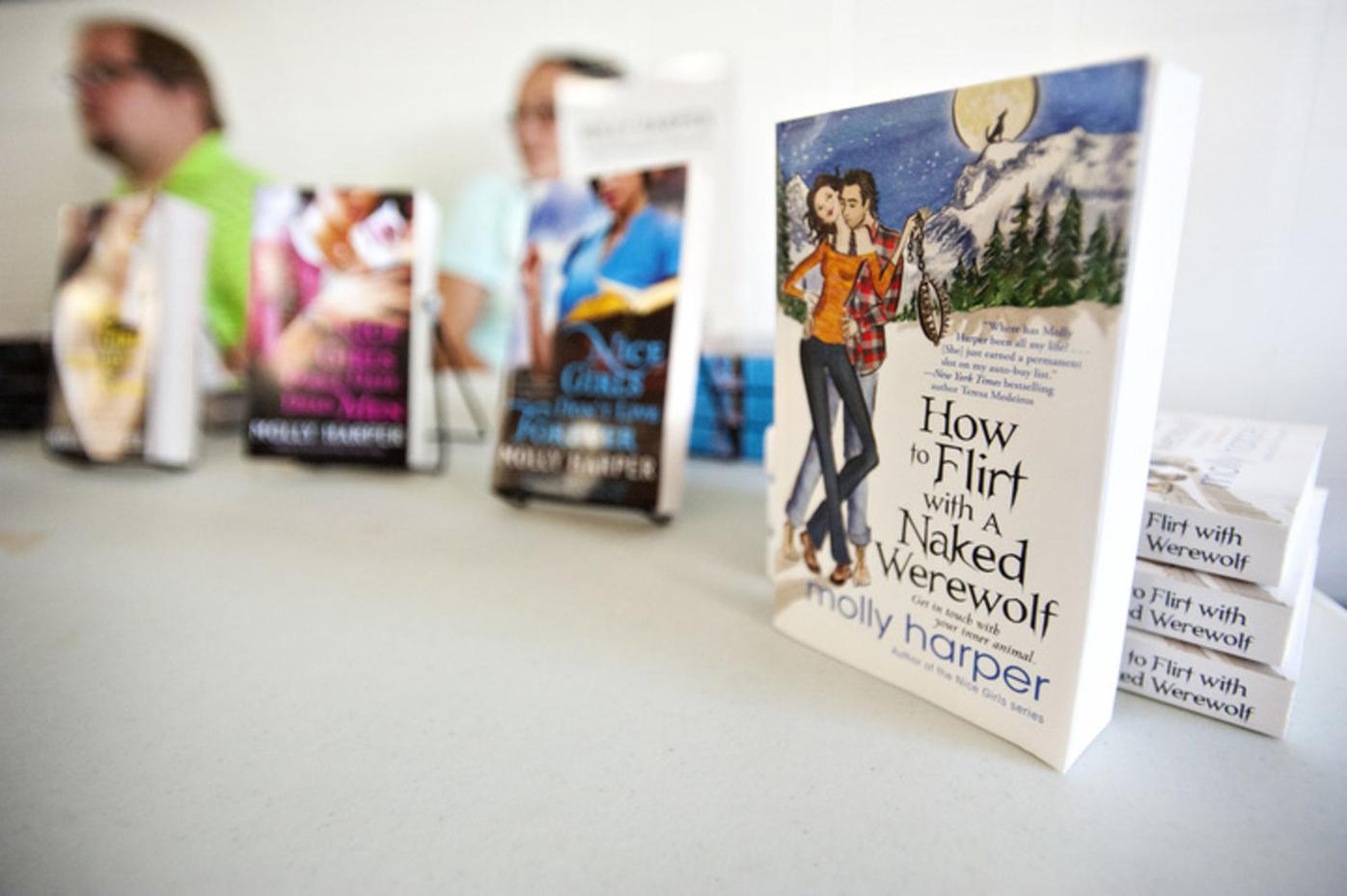 Vampires live in Kentucky – at least they do in author Molly Harper’s “Nice Girls” series.

“It’s very autobiographical,” she said of the first book. “If people look at the book too hard I will get sued.”

The Western Kentucky University graduate spoke about censorship and banned books to about 115 people Tuesday at Southcentral Kentucky Community and Technical College. The event was part of the college’s activities for Banned Book Week, which is Sunday through Oct. 1.

Harper talked about some of the books that have been banned, including “Matilda,” “I Am Jazz,” “The Holy Bible” and “Two Boys Kissing.”

“I cannot remember my parents banning books for me to read,” she said. “Most of them are young adult novels. Tell a juvenile not to read something and they’ll read it.”

While none of Harper’s books has been banned, she would be prepared.

“Having a book banned doesn’t mean the end of your career,” she said.

The Paducah native also talked about how she started writing. She worked at her hometown newspaper, The Paducah Sun, as an education beat reporter. She also had a humor column where she developed her voice.

Harper used to be a church secretary.

“After my child went to bed, I would write a book,” she said.

Eventually, she landed with the Simon & Schuster publishing company.

“I worked full time with the first 10 books. Then I was able to retire a couple of years ago,” she said. “I write every single day whether I feel like it or not.”

Harper’s books are translated into other languages including Turkish, German, French and Thai. She said she has a large following in Australia for the three books a year she writes.

“It took me a year for the first one,” she said. “It takes about three months to write now.”

Out of all her books, Harper wishes “Better Homes and Hauntings” would be turned into a movie. The book came out of her frustration that the monsters in “Scooby Doo” were always real people.

“I wrote the mother of all monsters,” she said.

Harper told budding writers that they should have a voice to keep readers engaged.

“Write like you are having a conversation with a friend,” she said. “If you’re writing in the third person don’t forget to have thoughts in their head.”

Elizabeth Hancock of Munfordville, who is in her last semester at SKYCTC, is one of those potential writers. She came to the discussion because she loves Harper’s writing.

“I wanted to get her point of view as well as listen to her talk about her books,” she said.

“I haven’t had a book published, but I hope to someday and be recognized for it,” she said. “It’s a lot of work to become a published author.”

The most helpful advice Hancock took from Harper is to find her voice.

“That really stuck out to me,” she said. “I really want to keep going.”

Sociology Department coordinator Bertena Varney said she has been a fan of Harper since 2010.

Harper’s appearance was part of a discussion Varney has been having with her mass media students about banned books and censorship in the publishing and writing process.

“I think students don’t personalize books,” she said. “Authors encourage them to want to write, that it’s possible.”