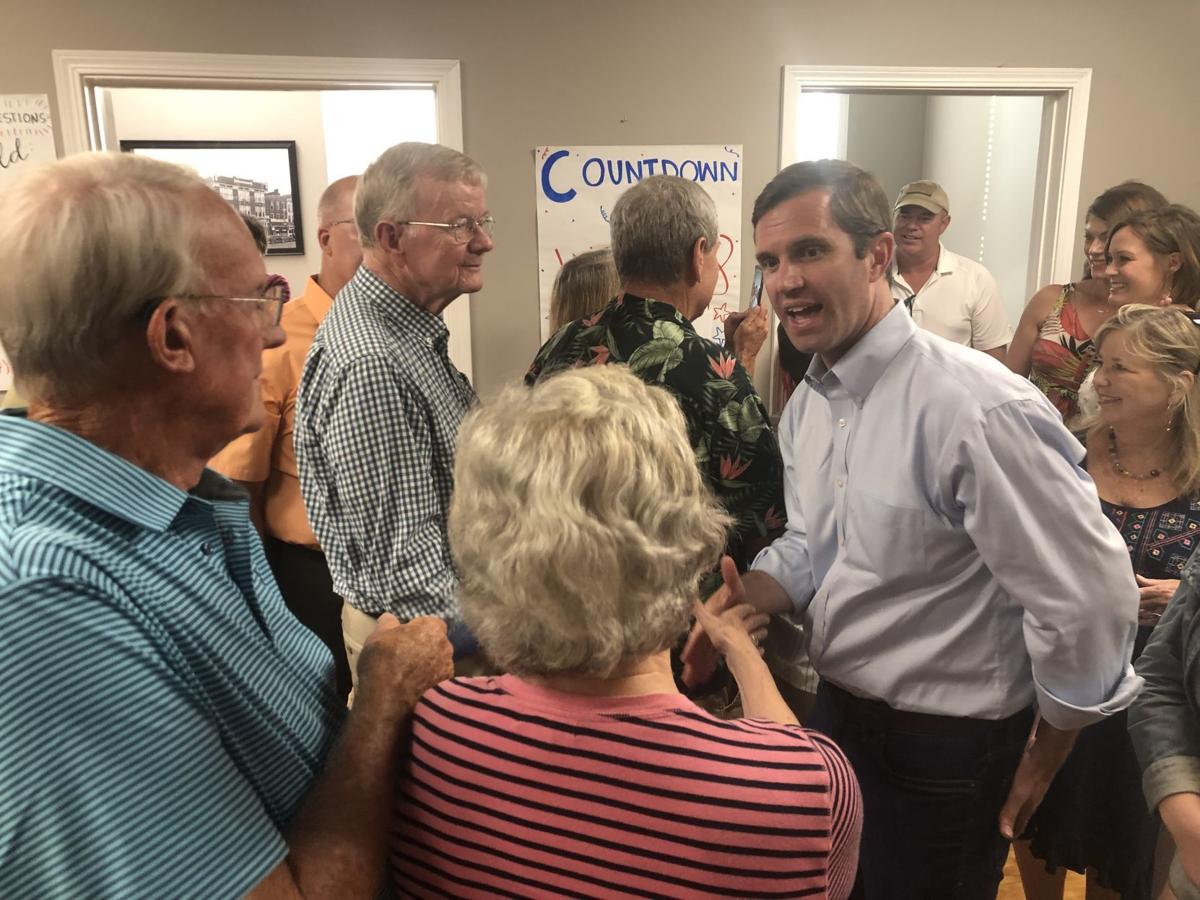 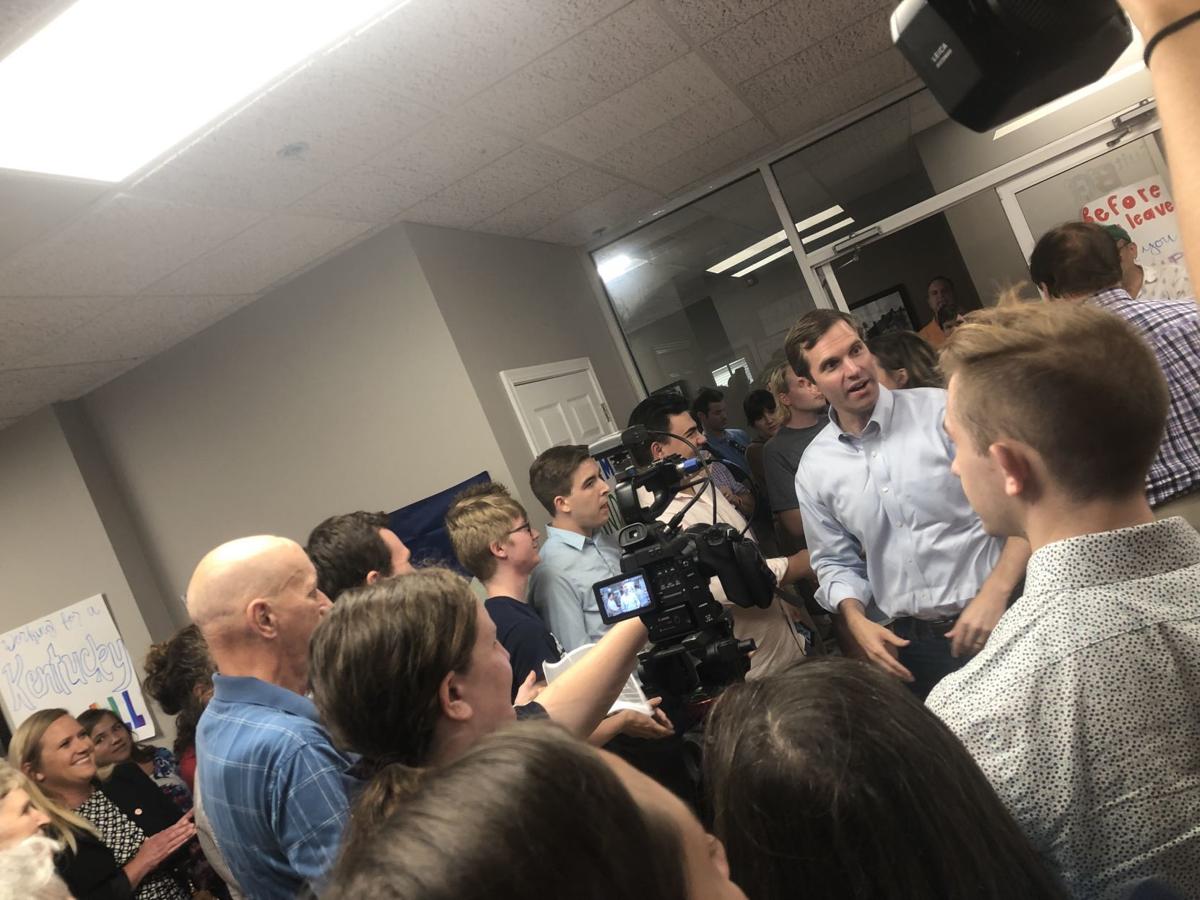 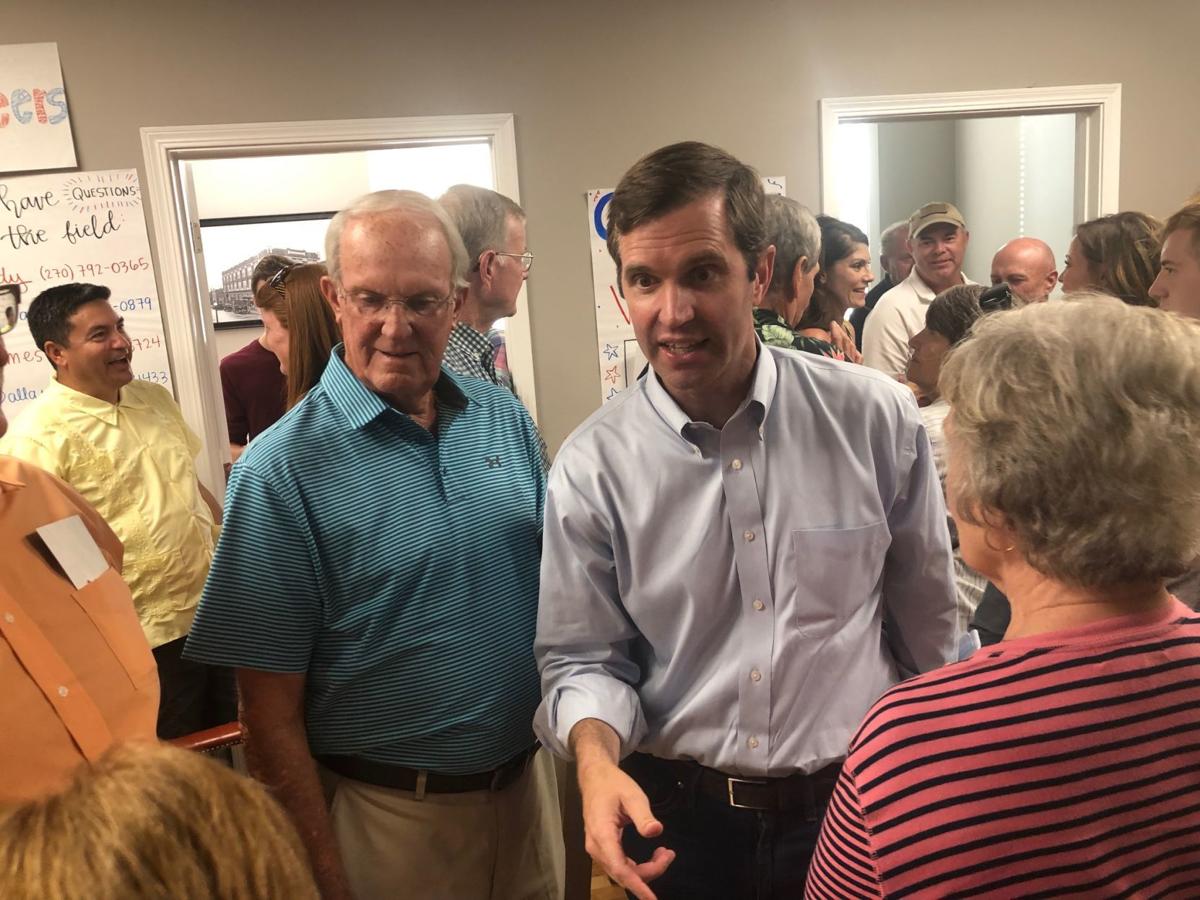 “We’re not running on anything that’s partisan,” Beshear told the crowd at 400 E. Main Ave. “We’re running this in a way we want to govern, person to person.”

Rep. Patti Minter, D-Bowling Green, attended the event to support Beshear and introduce him to about 50 supporters.

“I can’t walk around without somebody saying, ‘How can we send (Gov.) Matt Bevin home?’ ” Minter said.

“It’s about time we elect some folks to statewide office that are running for the right reasons,” Coleman said.

Margaret Groves, a retired teacher who attended the field office opening, thinks Beshear will be able to improve the state’s educational climate.

“I don’t like the way teachers were treated by Matt Bevin,” Groves said. “I want an administration that will take care of students and teachers. Education is the key to everything in our state.”

Ken Samec of Bowling Green attended the office opening to get a better sense of whether Beshear can “overcome” Bevin in the gubernatorial race.

“We live in a Republican state,” Samec said. “That’s going to be a fight.”

After meeting with the guests, Beshear discussed two recent court cases happening in the capital.

Last week, Lt. Gov. Jenean Hampton of Bowling Green filed a lawsuit against Bevin in Franklin Circuit Court, arguing that she can hire and fire her own staff – following two terminations “without cause” this year.

In court Monday, Judge Phillip Shepherd suggested the governor and lieutenant governor settle the issue outside of the courtroom. Bevin’s attorney described the situation as a minor disagreement among friends, and Hampton’s attorney argued that Hampton holds an office and should have statutory authority over her staff, according to The Associated Press.

“The lieutenant should be able to hire and fire her own staff,” Beshear said, who added that it’s a small staff.

And Friday, the Kentucky Labor Cabinet announced that more than 1,000 teachers broke state law by staging six “sickouts” during this year’s legislative session. The teachers wouldn’t face penalties, but any future sickout could result in a civil penalty of $1,000 per violation.

Beshear sued the Labor Cabinet to block the inquiry and challenge the agency’s authority to investigate teacher sickouts. He said he believed the cabinet’s actions were an obstruction of free speech.

During a pretrial conference Monday in Franklin Circuit Court, Shepherd gave the attorneys through Sept. 25 to file briefs on whether the case should proceed.

Beshear said he will work to protect teachers and improve the educational system.

“Our teachers are our most selfless public servants,” Beshear said. “I look forward to making progress each and every day by having our teachers fully on board.”

This sure is not someone I would want to be my governor, following after his crooked father and then filing one lawsuit after another this whole term it seems, What a loser.

“We’re not running on anything that’s partisan,” Beshear told the crowd..."

Everything you do is partisan.

eliminate the 1st and 2nd Amendments

have a two-tiered justice system

favor illegal aliens over US Citizens

allow rapist and murderers to vote

You have been running for governor since Beavin was elected governor by filing harassing lawsuits to prevent legislation that is beneficial to Kentucky. You and your father are both crooks and liars.

It is amazing how many deceived people in BG turned out for the opening of Beshear's office.