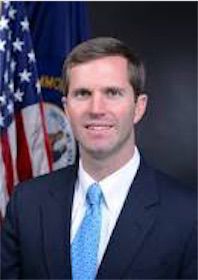 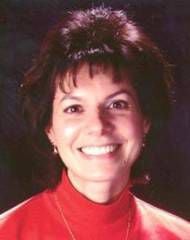 Kentucky Attorney General Andy Beshear will intervene in a lawsuit between Western Kentucky University and its student newspaper, the College Heights Herald, over an open records request into the university’s sexual misconduct investigations.

“We are seeing an all too familiar pattern by our public universities to stifle transparency related to public records of faculty potential involvement in cases of sexual assault,” Beshear said in a news release Wednesday.

The announcement follows a lawsuit recently filed by WKU against the Herald after a student reporter asked for investigative records into all sexual misconduct allegations over a five-year period.

Deborah Wilkins, WKU’s general counsel, said in an interview Wednesday that the university is simply trying to follow the law.

“WKU has felt from the beginning that we had to get a definitive legal ruling on what records are accessible to the public,” she said, adding that the university has to comply with federal privacy law.

Wilkins rejected arguments made by some critics that WKU is trying to maintain a self-serving secrecy in its record keeping.

“We’re not trying to protect anyone but the victims in this case,” she said, adding that making the records public could have far reaching consequences.

The Daily News contacted the Herald for comment through an email but didn’t receive a response.

The news release said Beshear would also intervene in a lawsuit involving Kentucky State University, which denied a similar records request made by a student reporter with the Kentucky Kernel, a University of Kentucky student newspaper.

“My office currently has standing before a judge in Fayette County in our fight against the University of Kentucky’s denial of records, and we will be requesting the judges in these other cases allow us to intervene,” Beshear said in the release. “What is at stake is too important, and the ramifications are simply too great.”

A Fayette Circuit Court judge ruled last month in the University of Kentucky’s favor in a lawsuit it brought against the Kernel, which requested records related to a sexual misconduct case involving a former professor, according to the Kernel.

No hearing date has been set yet in Beshear’s case against the University of Kentucky, the release said.

In late January, according to the release, Beshear found KSU and WKU in violation of the Open Records Act by denying records “relating to university’s investigation(s) into allegations of sexual misconduct” that were not shown to be protected by exceptions relied upon by the universities because they refused to provide Beshear’s office the records to review.

The attorney general has the statutory authority to review confidential records related to an appeal under state law. An appeal by the attorney general carries the force of law unless a decision by his office is challenged in circuit court, according to the release. Both universities are challenging Beshear’s decisions in court by suing student newspapers because a university cannot legally sue the attorney general.

Beshear said skirting the attorney general’s power to confidentially review records could give universities too much power.

“Without a confidential review by my office, institutions can hide serious issues related to sexual assault, ignore victims and tell parents and families that a given campus may be safer than it is,” Beshear said. “Essentially, the universities’ actions are attempting to turn Kentucky’s Open Records Act into a ‘trust me’ law.”

He also stressed the impact of the pending lawsuits.

“These lawsuits stab at the very heart of the Open Records Law and this office’s ability to enforce it,” Beshear said. “By their actions, the universities are creating a silver bullet for any bad actor to entirely avoid the Open Records Law. For a university to push such a position is entirely irresponsible.”