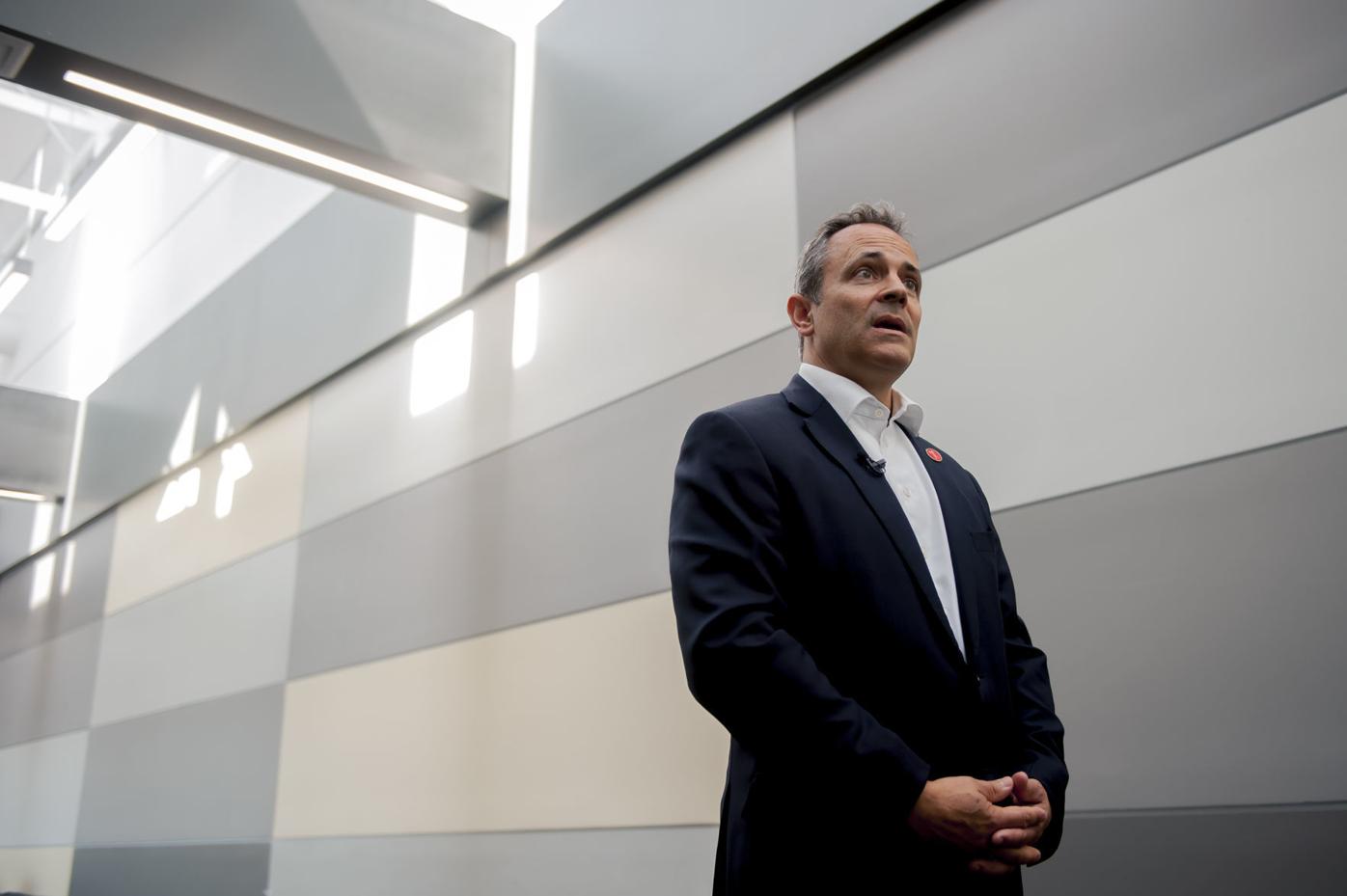 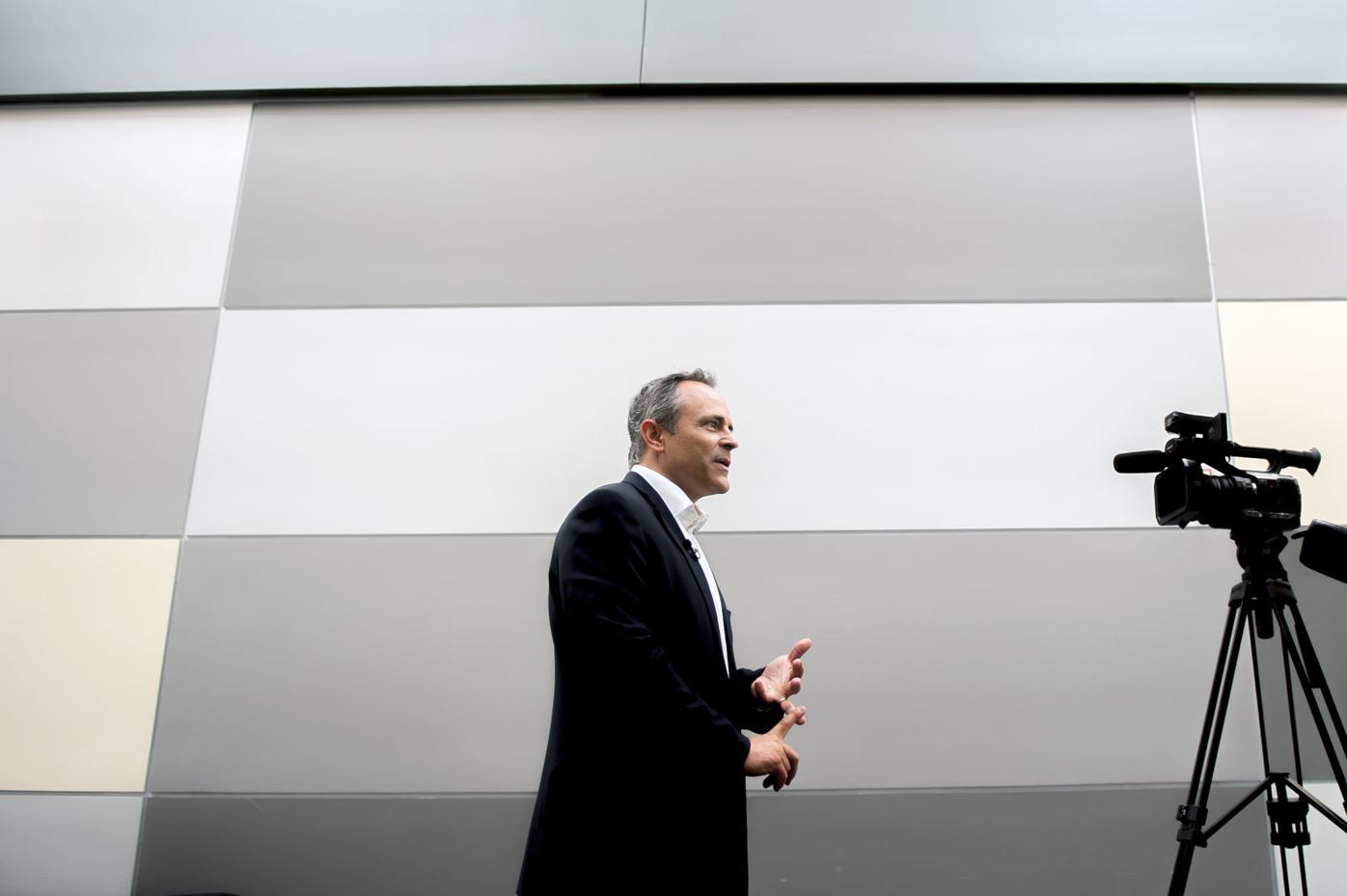 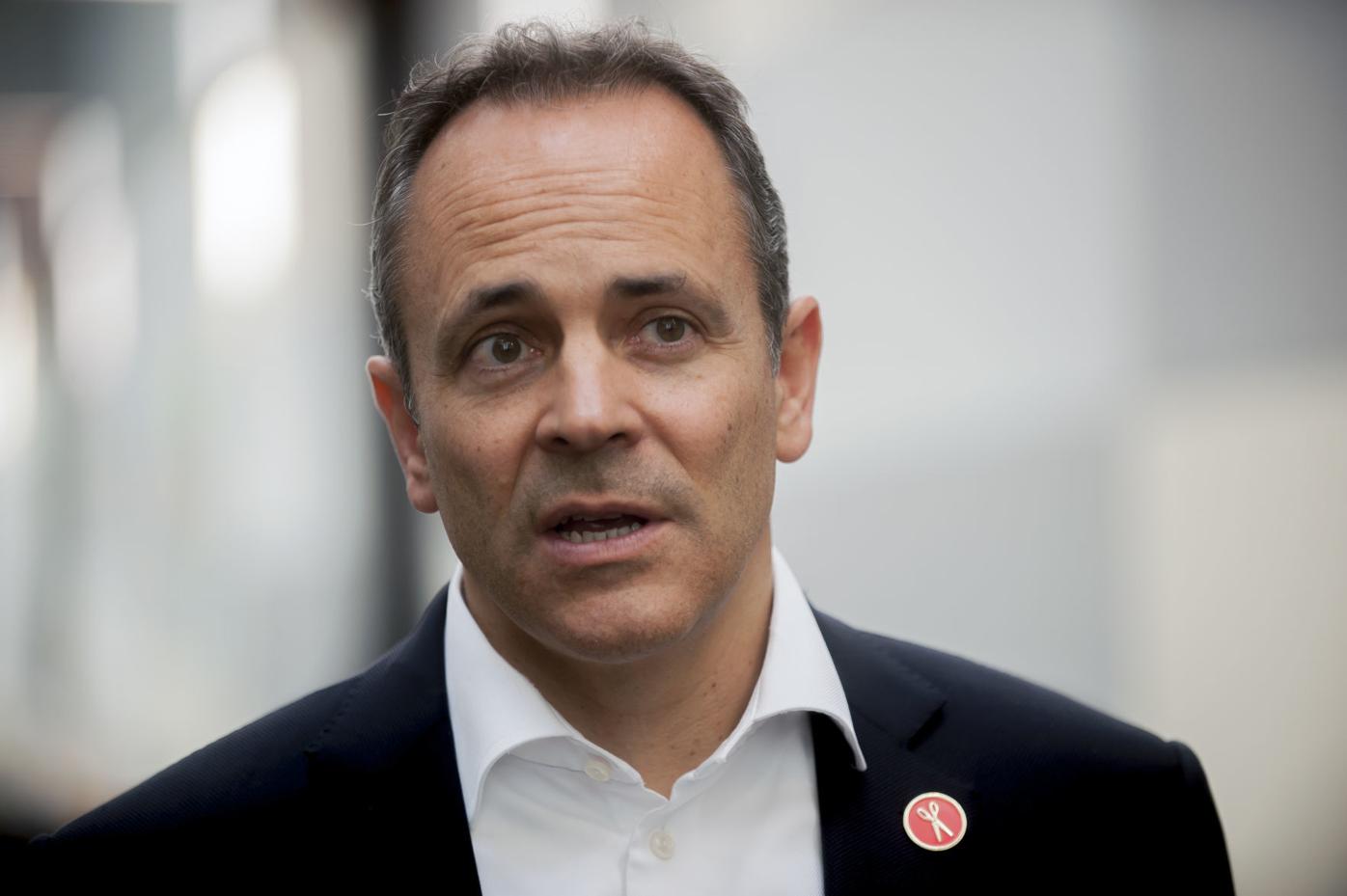 In Bowling Green to announce a program to help crime victims, Gov. Matt Bevin on Thursday portrayed himself as something of a victim.

After announcing at the Kentucky Sheriffs’ Association Conference that a Victim Advocate Support Services program has been created to put trained advocates at all 16 Kentucky State Police posts to assist crime victims, Bevin addressed the latest issue to plague his campaign: his use of a state-owned airplane to take numerous out-of-state trips.

Responding to reports in the Courier Journal that the KSP-owned Beechcraft King Air jet had landed in nine states since June and the implication that he was misusing taxpayer dollars, the Republican governor said: “That’s 100 percent not true.”

Implying that the stories were dredged up by supporters of Kentucky Attorney General Andy Beshear, who is Bevin’s opponent in the November election for governor, Bevin said: “I have used the plane for personal reasons and used it to speak to different organizations.”

The governor said he has either paid for the trips himself or had outside organizations pick up the tab for trips that aren’t for the benefit of the state.

“The information is out there,” Bevin said. “The people can see all of the flights that have been taken and can see where the money came from.

“The real question is: Why does it matter what the purpose (of the trip) is? Did taxpayers pay for it? If they did, then they should know the purpose. If they didn’t pay for it, it’s none of their business.”

Despite the plane controversy and the negative publicity he has generated through his past inflammatory statements about teacher sickouts used to protest state pension reforms, Bevin remained optimistic about his chances to defeat Beshear and win a second term.

Beshear, son of former Kentucky Gov. Steve Beshear, has been a thorn in Bevin’s side, battling him in court over cuts to state universities, pension reform and other issues.

Bevin didn’t hide his disdain for his Democratic opponent, saying: “His greatest selling point is that he’s not me.”

The governor ridiculed Beshear’s recent proposal to give Kentucky teachers a $2,000 raise, saying: “I wonder where he’s going to get the money. I’d love to give teachers and every other state employee a raise, but the reality is that we don’t have the money to pay for it.

“It’s easy to make a promise, but I’m not going to promise things to get votes.”

Bevin showed little interest Thursday in polls that show him trailing Beshear, pointing out that he trailed in many polls in 2015 before defeating Jack Conway by nearly nine percentage points.

The governor expressed confidence that he has winning issues in abortion and the economy.

He has been critical of Beshear’s pro-choice stance and believes it will hurt the attorney general.

“People in Kentucky are strongly pro-life and so am I, unapologetically,” Bevin said. “Our attorney general has made it clear that he’s strongly pro-abortion.”

Bevin said the only exception to his pro-life stance would be instances where the mother’s life is in danger.

“The doctor and the family should be able to make that decision,” he said.

The governor touted his administration’s record on economic development, boasting that companies have invested $21 billion in the state during his first term.

“Beshear has never created a job in his life that wasn’t paid for by government,” Bevin said.

He said economic development will continue to be a priority if he wins a second term because “at the end of the day, if we don’t have jobs, nothing else matters.”

A second Bevin term would include continued work on reforming the state’s Medicaid system to include the work or volunteer service requirement he tried to implement only to have it tied up in the court system.

“The Medicaid waiver will ultimately be decided by the Supreme Court,” Bevin predicted. “And we’ll win.

“In a work environment like we have, with thousands of open positions, why should we not expect able-bodied individuals to work in exchange for free health care? It’s not too much to ask.”

Bevin also promised, if reelected, to continue hammering away at reform of the state pension system and to work toward a comprehensive tax plan.

“We’re not getting enough revenue for our roads and bridges through the variable excise tax on fuel,” he said. “We need a comprehensive plan that includes the road fund, and we need to address income tax and sales tax. We need to modernize our taxes.”