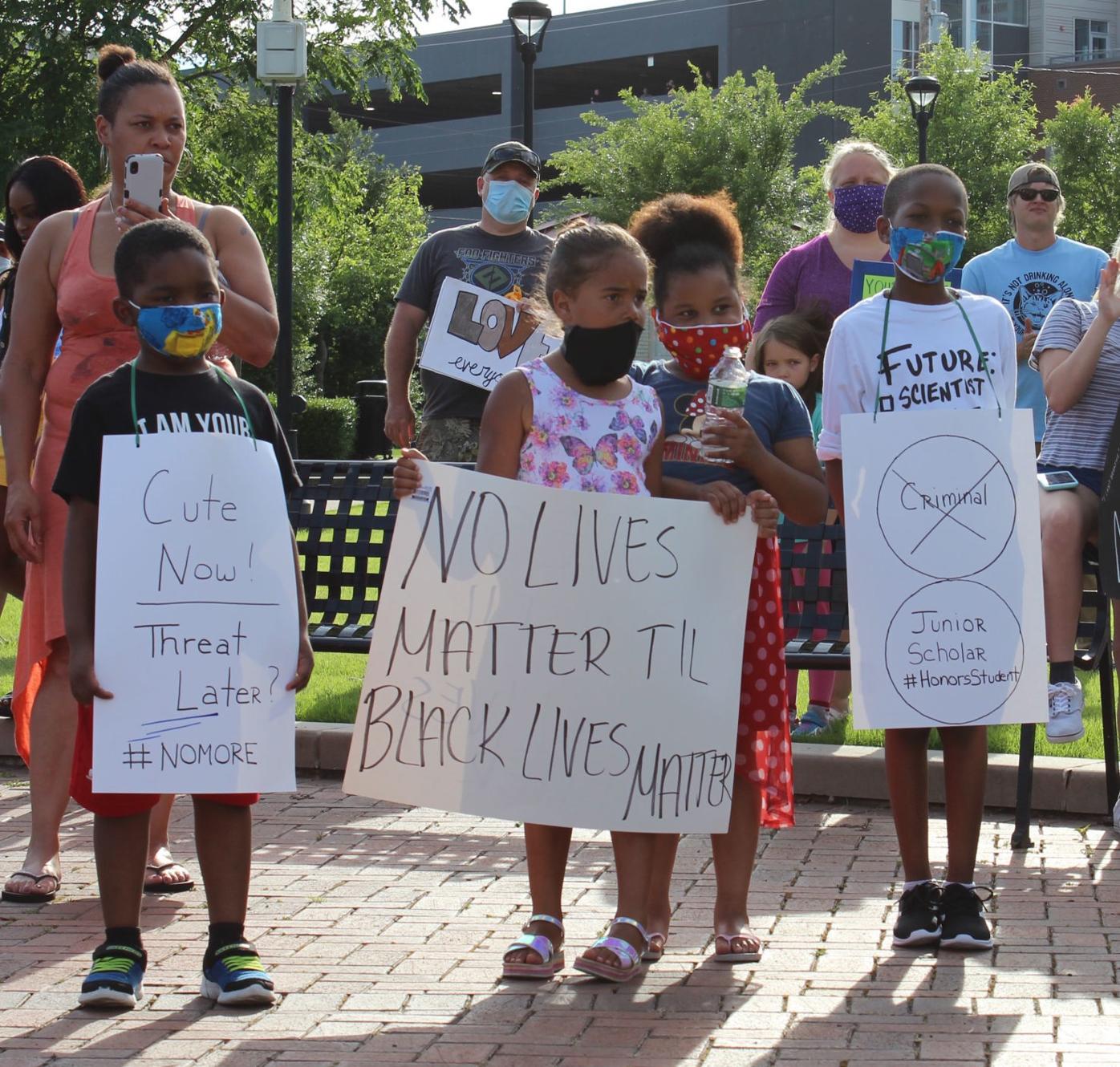 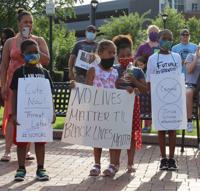 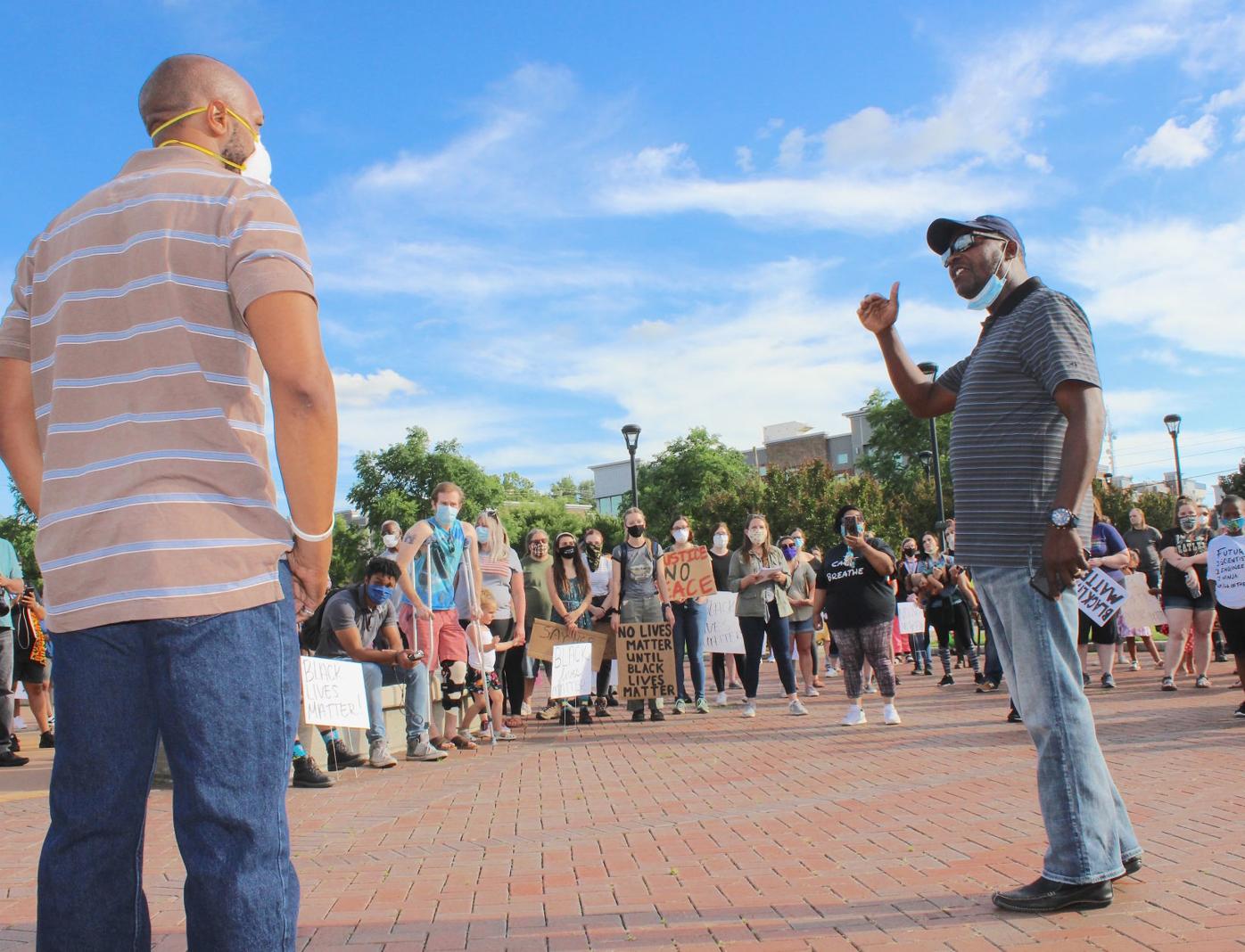 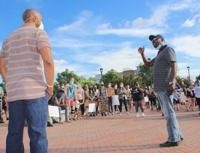 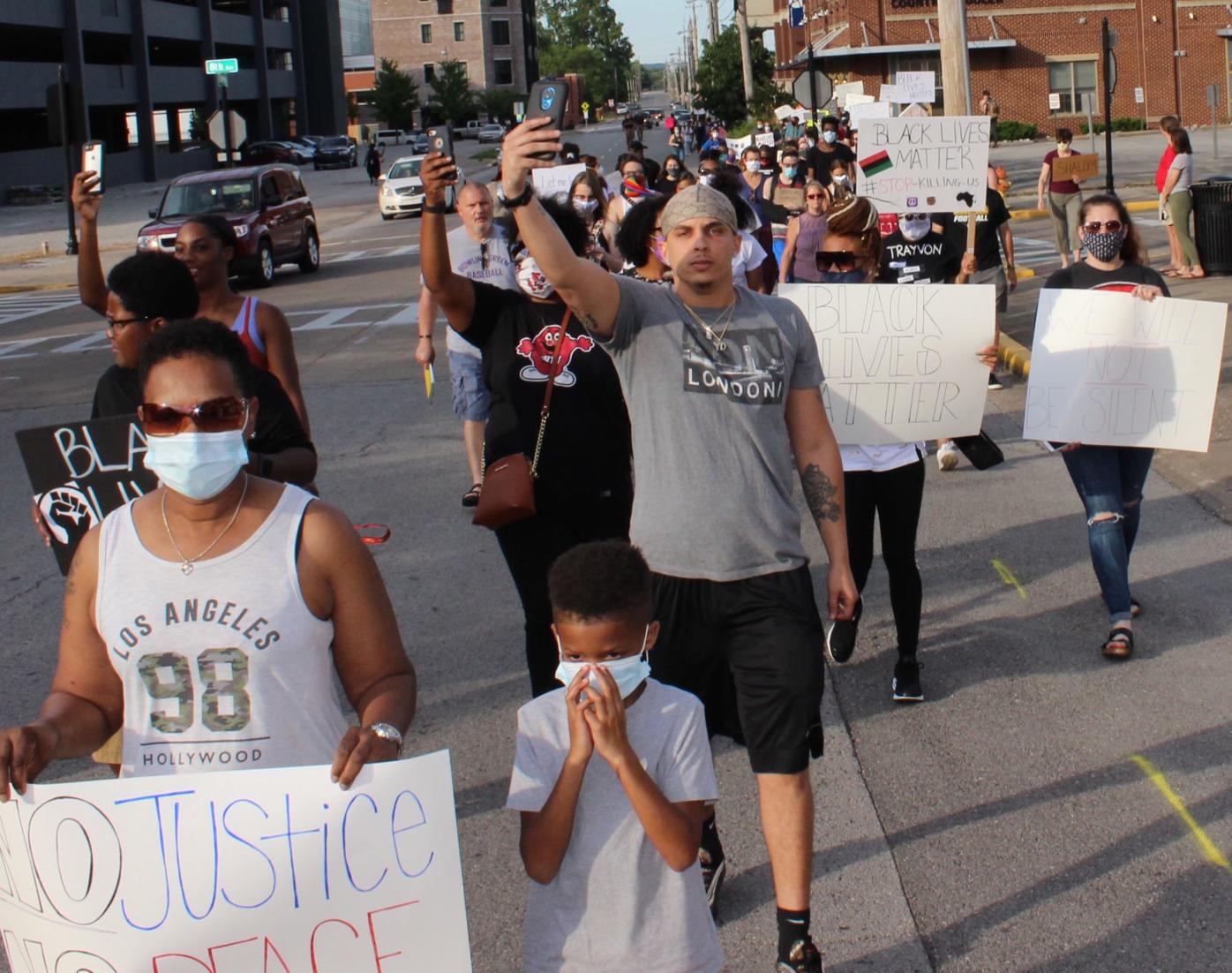 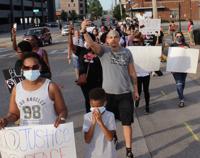 Protesters march Saturday from Circus Square Park to the Warren County Justice Center as part of a protest against several recent killings of African Americans. 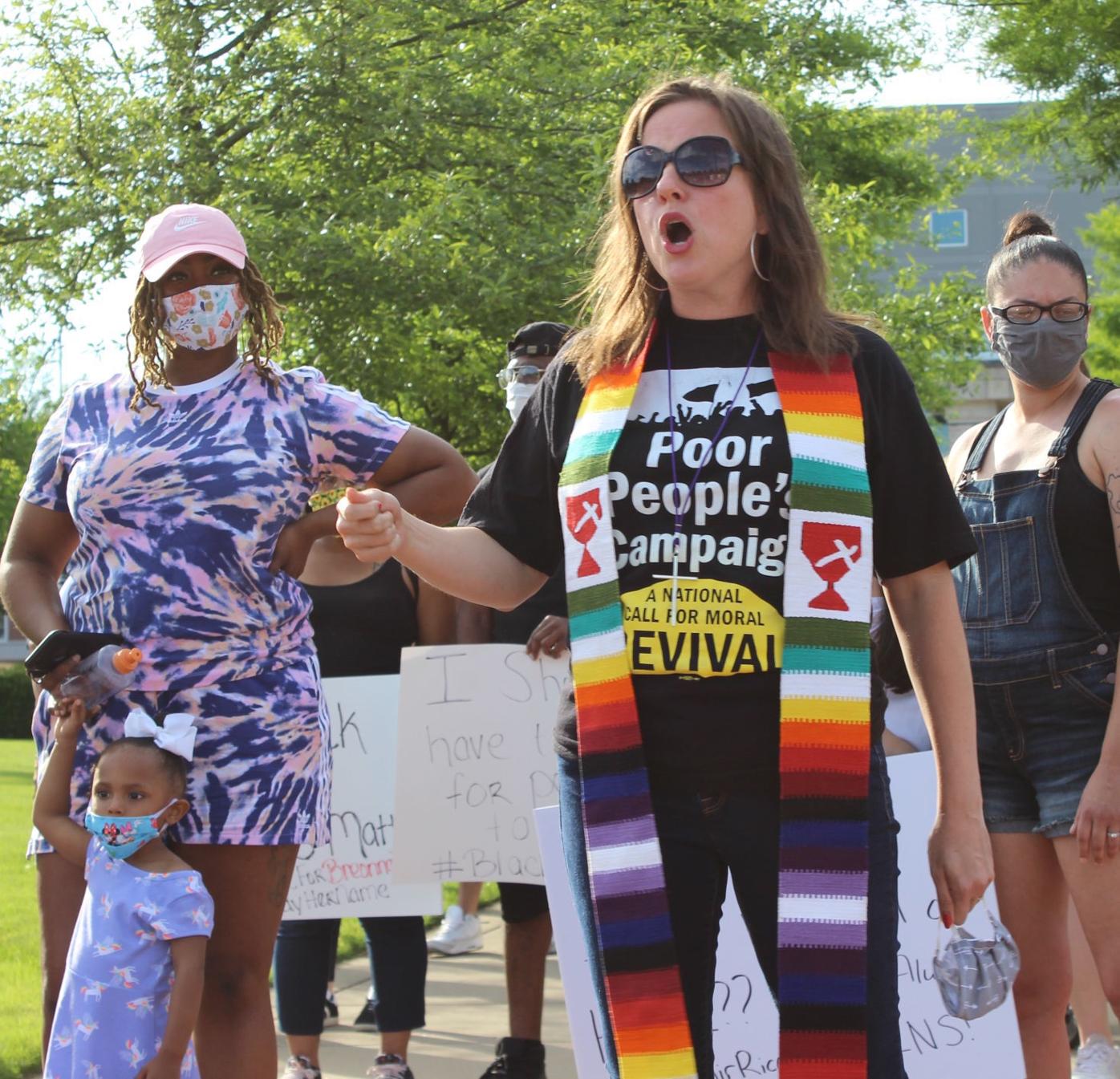 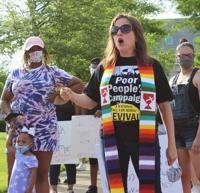 The Rev. Megan Huston speaks Saturday at Circus Square Park in downtown Bowling Green as part of a protest against several recent killings of African Americans.

Protesters march Saturday from Circus Square Park to the Warren County Justice Center as part of a protest against several recent killings of African Americans.

The Rev. Megan Huston speaks Saturday at Circus Square Park in downtown Bowling Green as part of a protest against several recent killings of African Americans.

More than 100 people attended a Black Lives Matter protest at Circus Square Park, one of two peaceful protests in Bowling Green on Saturday.

The group heard messages from a handful of speakers before marching to the Warren County Justice Center and then returning to Circus Square Park.

The crowd held signs with messages in response to those deaths and others, including ones that read “No Justice No Peace” and “Pro-Black does not mean Anti-White.”

The Rev. Megan Huston of First Christian Church brought children to the front of the crowd while speaking.

“That is why we are here,” Huston said.

The Rev. John C. Lee Jr. told the crowd to not “fight heart, but fight smart,” while Warren County-Bowling Green NAACP Chairman Ryan Dearbone asked the crowd to repeat, “I’m powerful because I am human.”

Speakers praised the diversity of the crowd, providing a message of unity while also demanding everyone hold police accountable for their actions. “When you took an oath to protect and serve who was that for? The people that look like you?” Megan Bailey said.

Most of the crowd continued on to the front of the Warren County Justice Center, where more people spoke and the group sang “Let it Be.”

Charles Neblett – a civil rights activist from Russellville who once served prison time in Mississippi for registering black people to vote – spoke in front of the Justice Center, telling of his struggles in the civil rights movement. Neblett was a member of the Freedom Singers, who performed at the 1963 March on Washington for Jobs and Freedom, where Martin Luther King Jr. delivered his “I Have a Dream” speech.

“The more things change, the more they stay the same,” he said.

Neblett asked when racial injustice was going to stop and sang two songs.

Before returning to Circus Square Park, organizers encouraged the crowd to vote so that Saturday’s protest was not in vain.

Lee also reminded the crowd that making the world better starts with yourself.

“If black lives don’t matter to us, then why should it matter to everyone else,” Lee said.

Using children to protest is disgusting. Shame on these people!

Megan Huston is not clergy. She leads an apostate organization known as

"1st Christian Church". She's just another leftist that latches on to the cause du jour.

"They sure didn't believe that 'no lives matter' when Beardo tried to hit that woman with a truck.

They shouldn't believe that "no lives mattered" when beardo hit that lady with a truck.