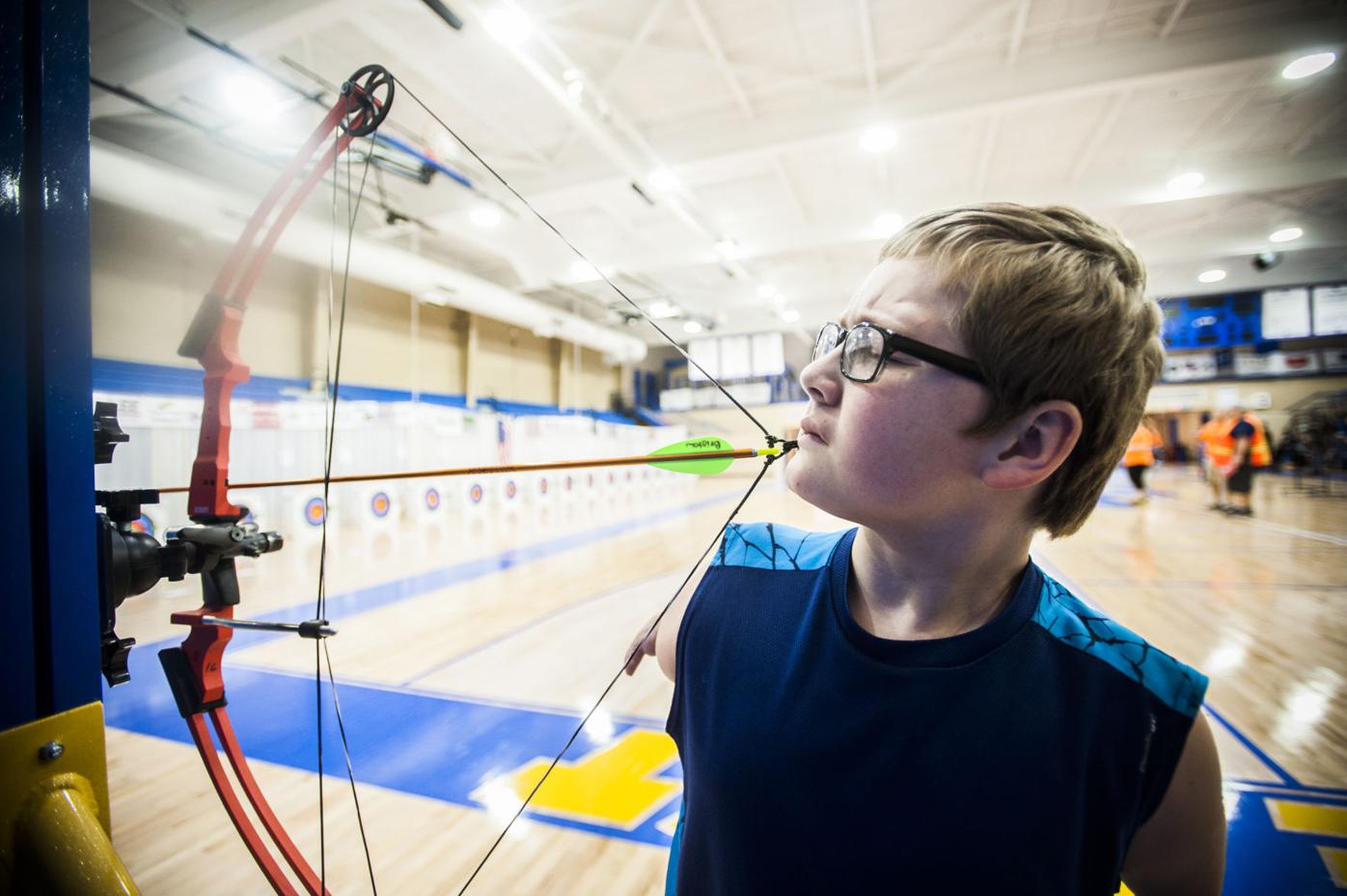 Dylan Black, 10, uses his teeth to shoot a bow balanced on a custom-made apparatus during an archery competition Saturday at Warren East High School. 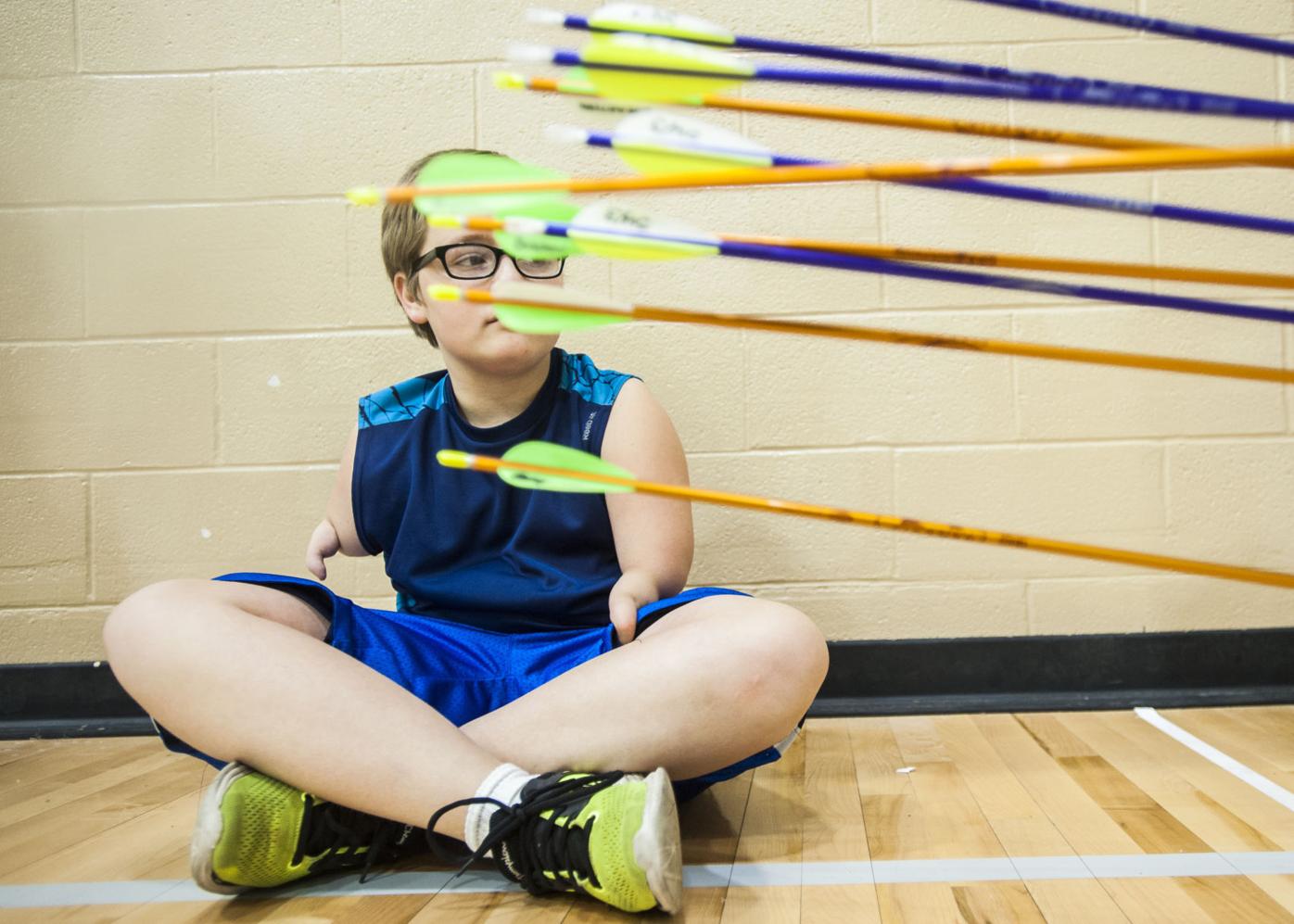 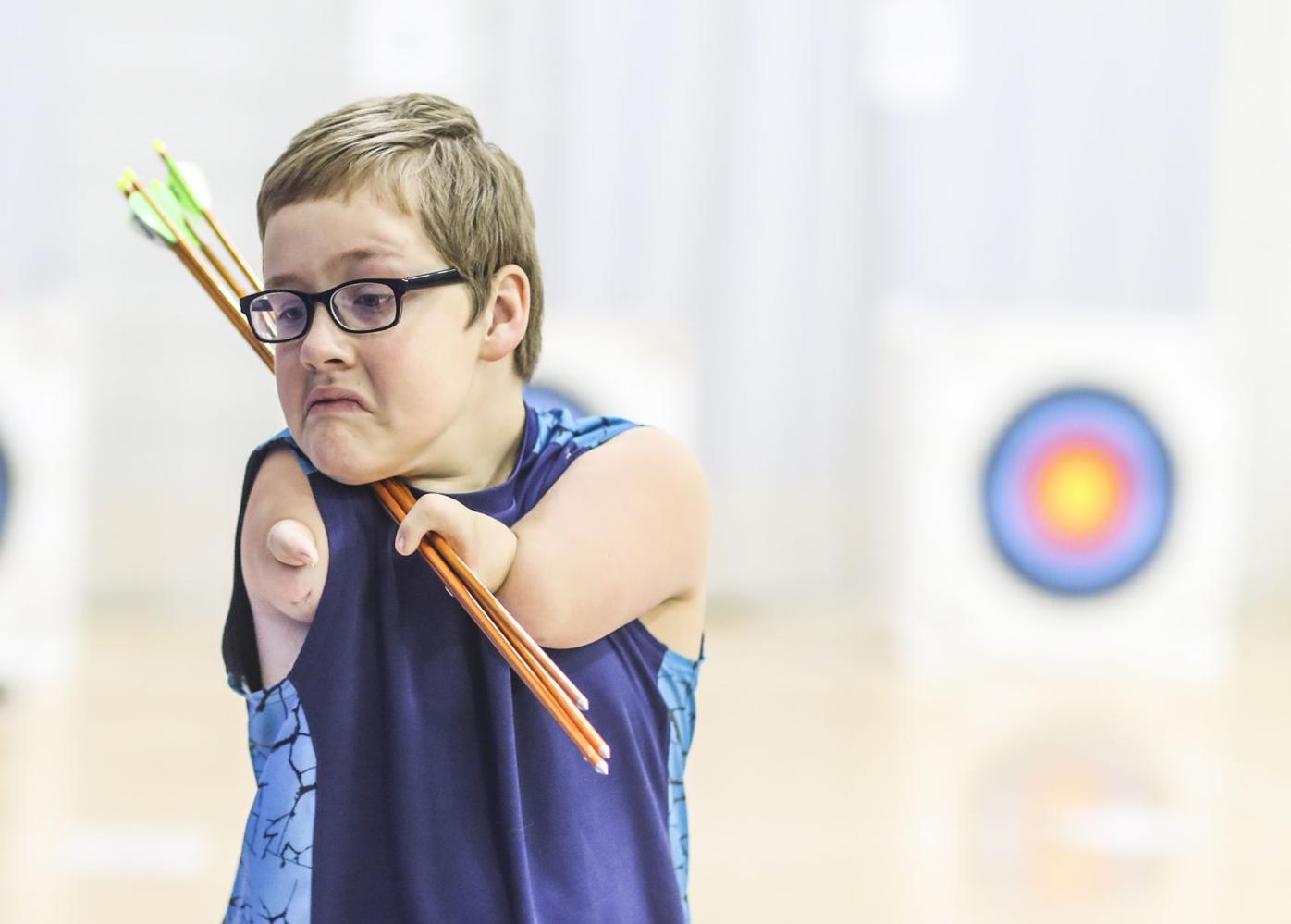 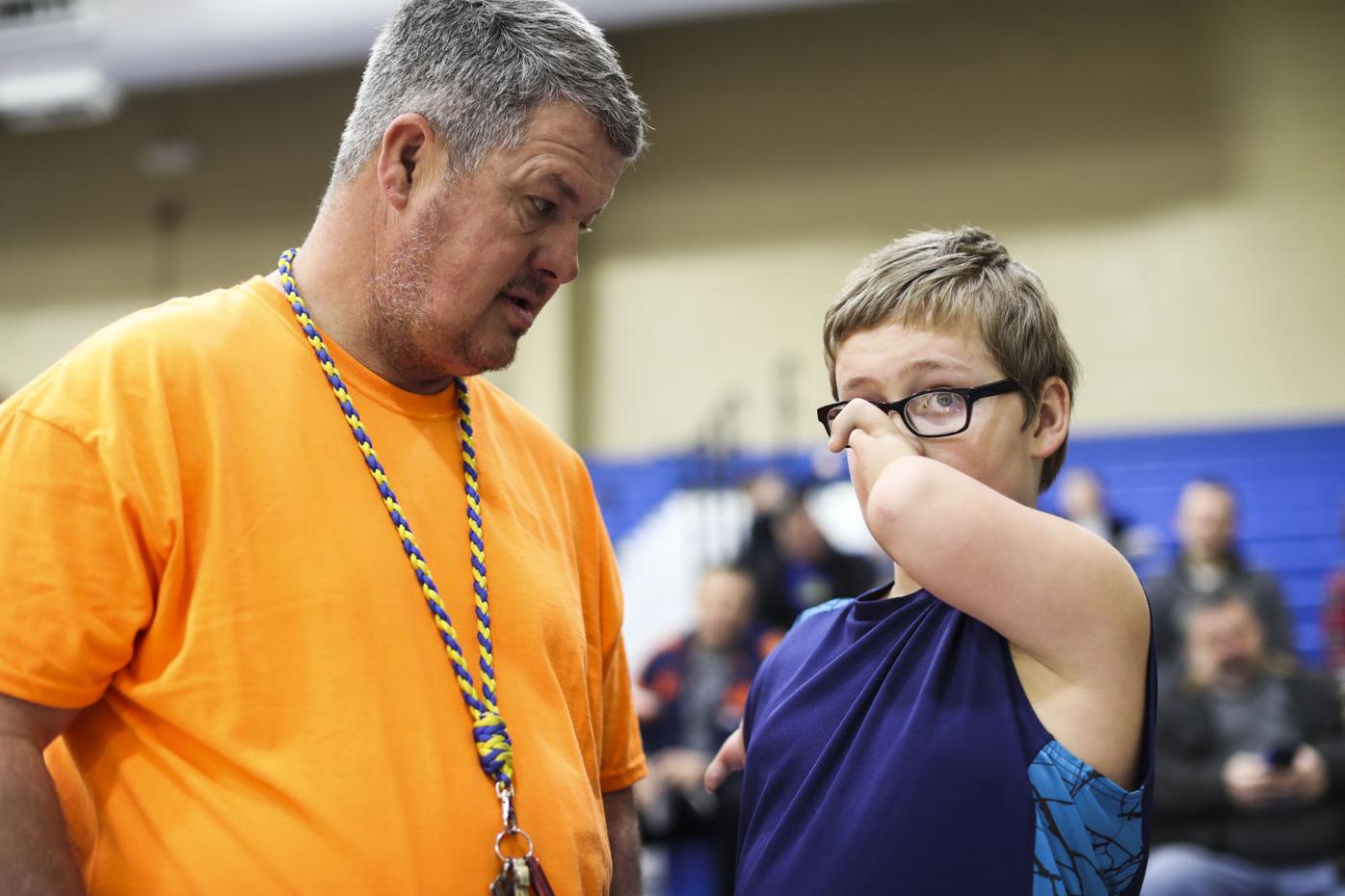 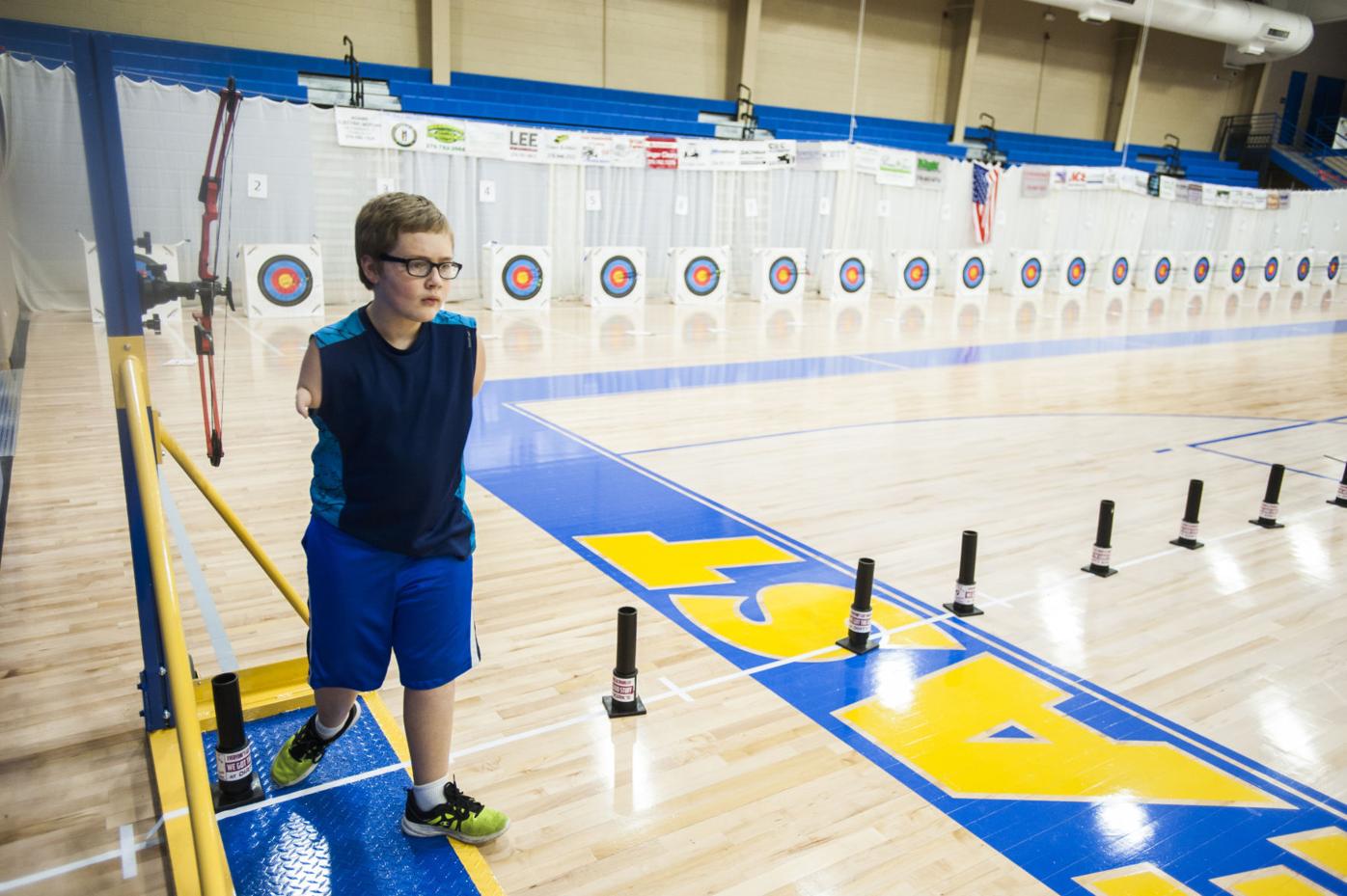 Dylan Black, 10, walks away from his bow after shooting during an archery competition on Saturday, January 27, 2018, at Warren East High School. (Austin Anthony/photo@bgdailynews.com) 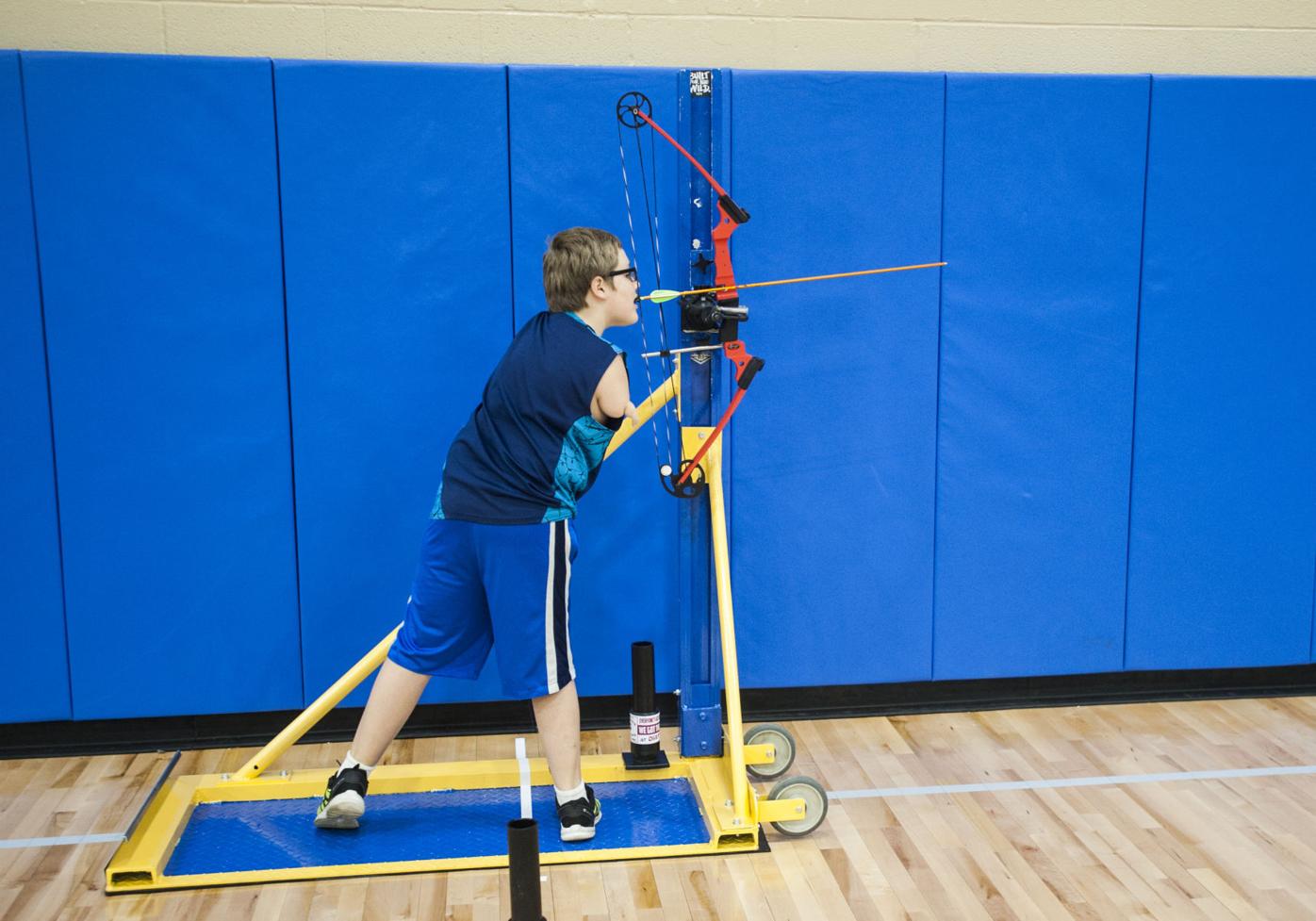 Dylan Black, 10, uses his teeth to shoot a bow balanced on a custom made apparatus during an archery competition on Saturday, January 27, 2018, at Warren East High School. (Austin Anthony/photo@bgdailynews.com)

Dylan Black, 10, uses his teeth to shoot a bow balanced on a custom-made apparatus during an archery competition Saturday at Warren East High School.

Dylan Black, 10, walks away from his bow after shooting during an archery competition on Saturday, January 27, 2018, at Warren East High School. (Austin Anthony/photo@bgdailynews.com)

Dylan Black, 10, uses his teeth to shoot a bow balanced on a custom made apparatus during an archery competition on Saturday, January 27, 2018, at Warren East High School. (Austin Anthony/photo@bgdailynews.com)

The ultrasound technician was rather blunt to Tamara Black in 2006.

“Your son doesn’t have any arms,” her husband, Andrew Black, recalls being the exact words told to Tamara more than a decade ago.

So, Dylan Black was born without arms. Now a fifth-grader at Richardsville Elementary School, Dylan is also pretty blunt about why he picked a sport that usually requires two arms.

“I wanted to show other people that just because you were born different doesn’t mean you can’t do it,” Dylan said at an archery competition Saturday at Warren East High School.

Yes, Dylan is officially an archer, thanks to his own confidence and a community that wouldn’t take no for an answer.

Dylan arrived home from school a few months ago with a flyer about archery. Rather than convincing him that he couldn’t do it, Andrew was supportive and local coaches from Richardsville and Warren East went to work.

Through three prototypes of plywood and PVC pipe that mounted the bow and allowed him to use his mouth to pull back and shoot, the 10-year-old now has a bona fide “contraption” he’ll use the rest of his school days, thanks to Warren County Sheet Metal and Houchens Industries.

The new machine donated by Warren County Sheet Metal was unveiled to Dylan and his family at a practice last week at Bristow Elementary School.

“Dylan’s eyes were as big as a softball,” Warren East archery coach Travis Young said. “He was really happy. He knew that was the final machine and he knows it will stay with him as long as he’s with Warren East archery. His dad told me, ‘Well, I guess we’re here till Dylan graduates high school.’ ”

Young headed the challenge on finding a way for Dylan to become an archer, even without limbs. Dylan has a left limb that comes close to where the elbow should be and has a single finger permanently bent and a thumb. The right side of his body is the continuously growing humerus with a single finger.

Dylan has had 10 surgeries to stretch his skin as his bones continue to grow, and more procedures will follow.

But Dylan was out to prove he could become an archer despite being different. Using it as a disability isn’t an option for him.

“We don’t ever tell him he can’t do anything,” Andrew Black said. “He’s confident enough in himself to realize he’s got limitations, but I’m not going to be the one to set those limitations on him.”

Young and fellow archery coaches Wayne Glenn and Paul Graham went to work. They initially built a plywood platform arched with PVC pipes with the bow locked in a brace. Dylan, with both fingers on his left arm, would grab a nylon strap on the end of the bow and pull it back with his mouth for the release.

But the pipes flexed and affected the shot and the arrow wouldn’t fly straight. A third prototype mounted the PVC from the base of the platform. Coaches found their solution while pictures and video of Dylan at competitions made its way through connections to Warren County Sheet Metal around the end of the December.

“He shot on his old machine probably 75 to 80 arrows,” Young said. “The group from Warren County Sheet Metal got a hold of us after seeing a video of Dylan shooting one of his prototypes and said we want to build this for Dylan.”

What they have now is a replica of the third prototype, but it’s an all-aluminum piece on wheels painted blue and yellow.

The mount doesn’t flex and the height can adjust as Dylan grows taller.

His scores show that he can shoot just as well as the middle school and high school students he’s competing against. In the first competition this year in Morgantown, he shot 236 out of the maximum 300.

There is a slight disadvantage to Dylan’s shooting method. While most archers keep their feet still and adjust the aim and pull with their arms, Dylan has to rely on his feet and body motion.

“It’s real important that you get the same draw length of the arrow every single shot,” Young said. “All the other kids set their feet in concrete. Dylan’s situation, the way he has to load it, he has to constantly keep moving his feet. He can’t actually set his feet because he has to move forward just a little bit to be able to load the bow.

“He’s shifting from the waist up more than these other kids. The other kids are pretty much standing straight up and pulling back to the corner of their mouth. Dylan has to rock back on his foot more.”

Dylan said he looks forward to every archery practice on Tuesdays and really likes his own progress. As for his father, he realizes what may be seen as a setback for his son is now a consistent activity thanks to a group of individuals helping make Dylan’s wish a reality.

“I can’t thank the coaches enough,” Andrew Black said. “It would’ve been easy for us to walk in and they don’t know what we can do for him or how we’re going to make this work and just leave it at that and not put a whole lot of effort into it. If that had happened, you couldn’t find fault in that because I wouldn’t have known or come up with something like that. They’ve been tremendous and very supportive. A lot of where we’re at right now, they deserve a lot of credit for that.”