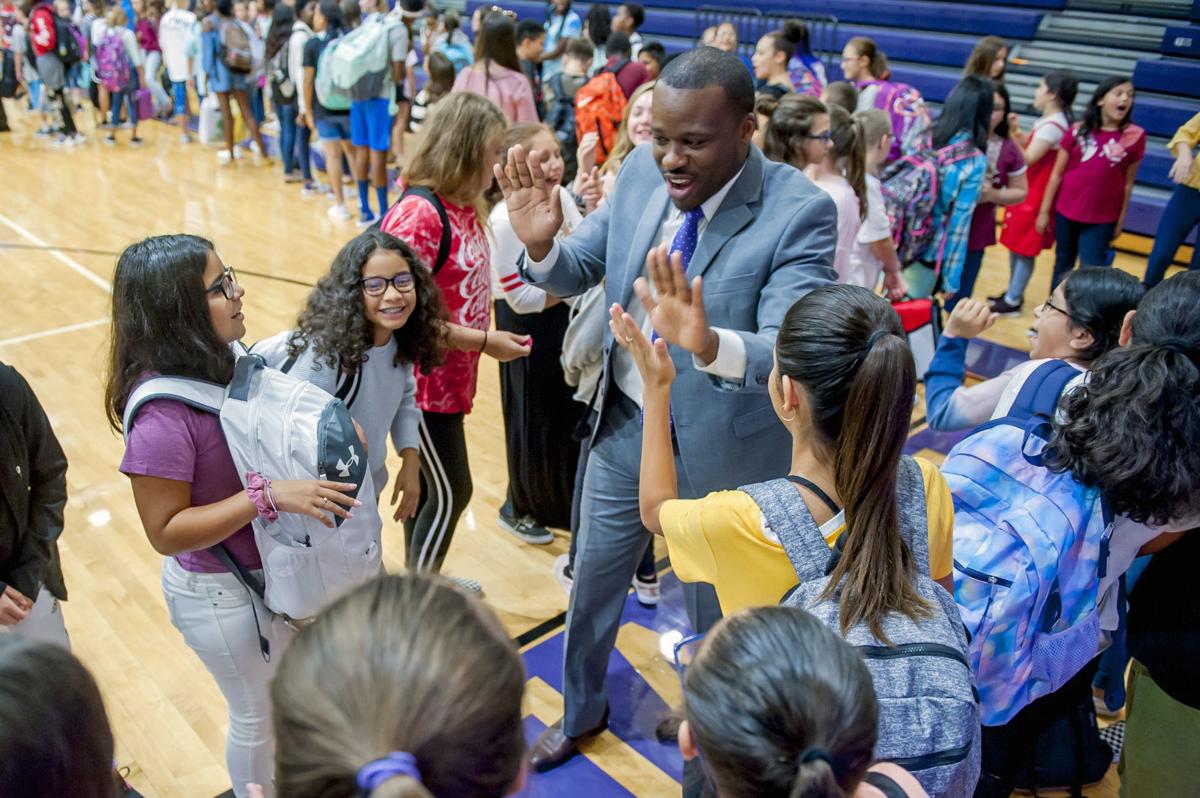 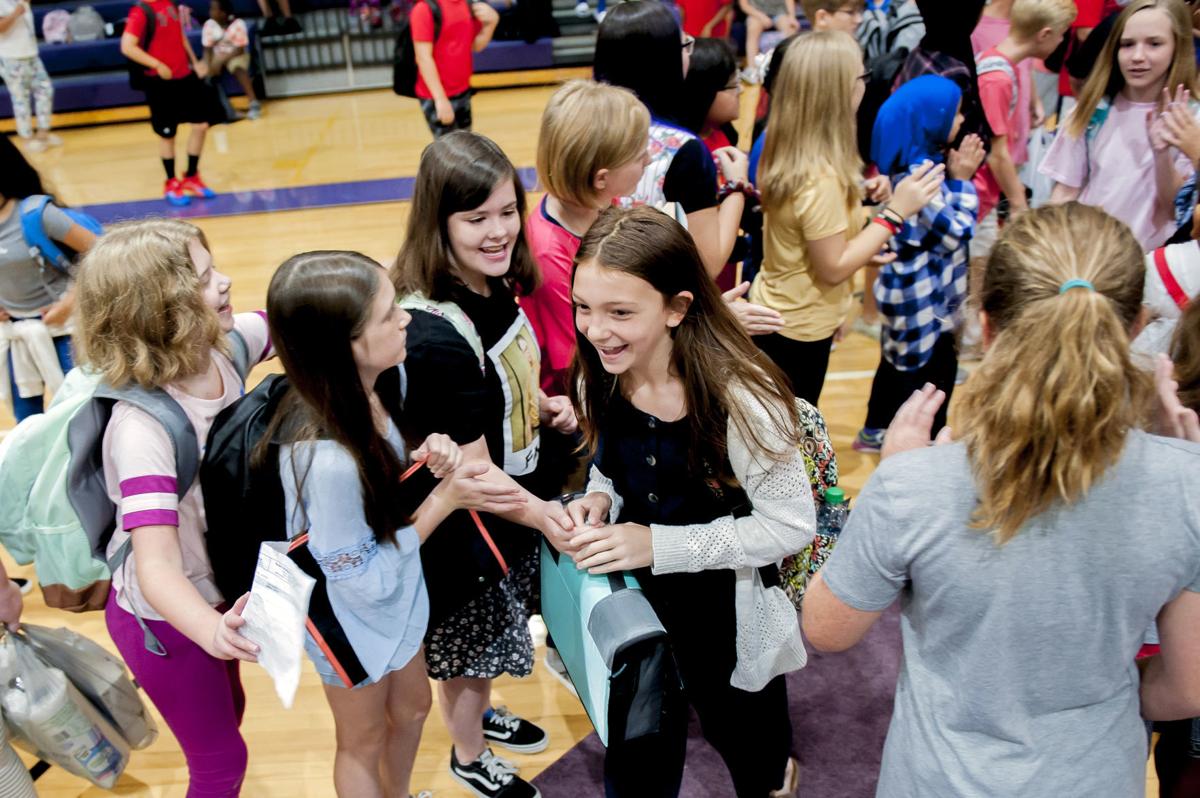 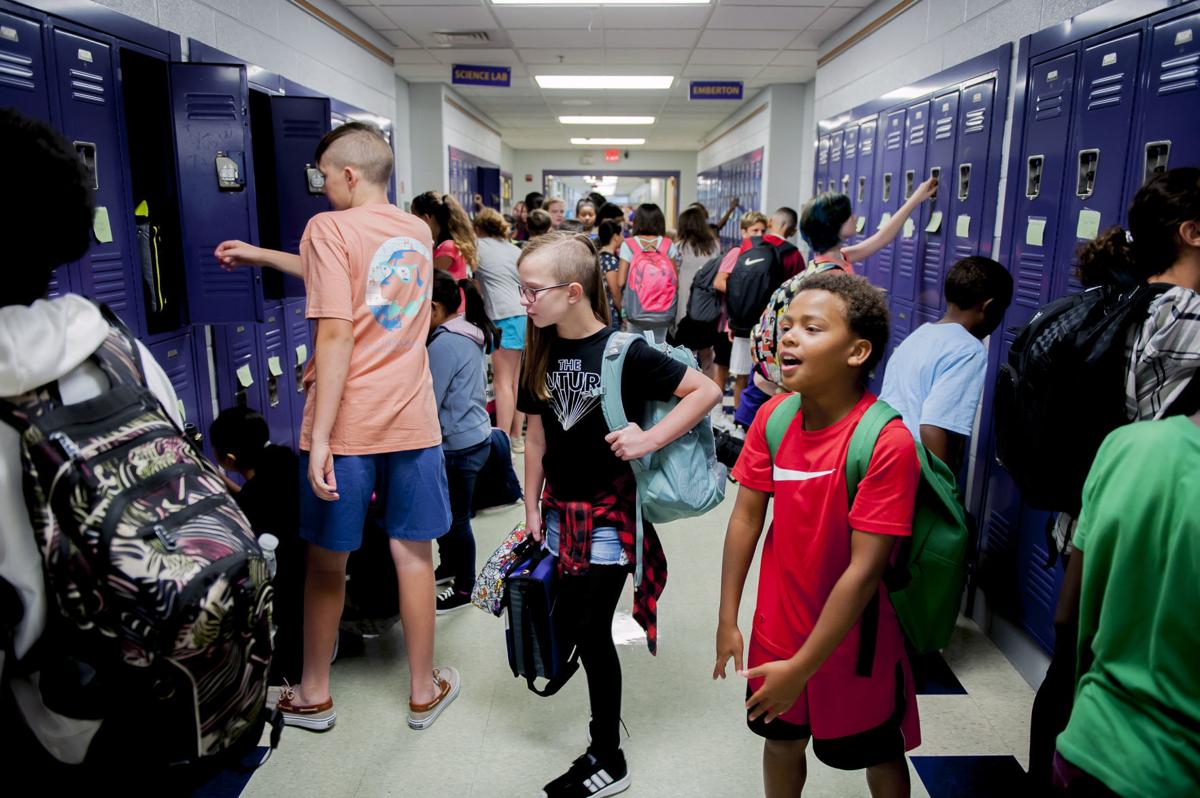 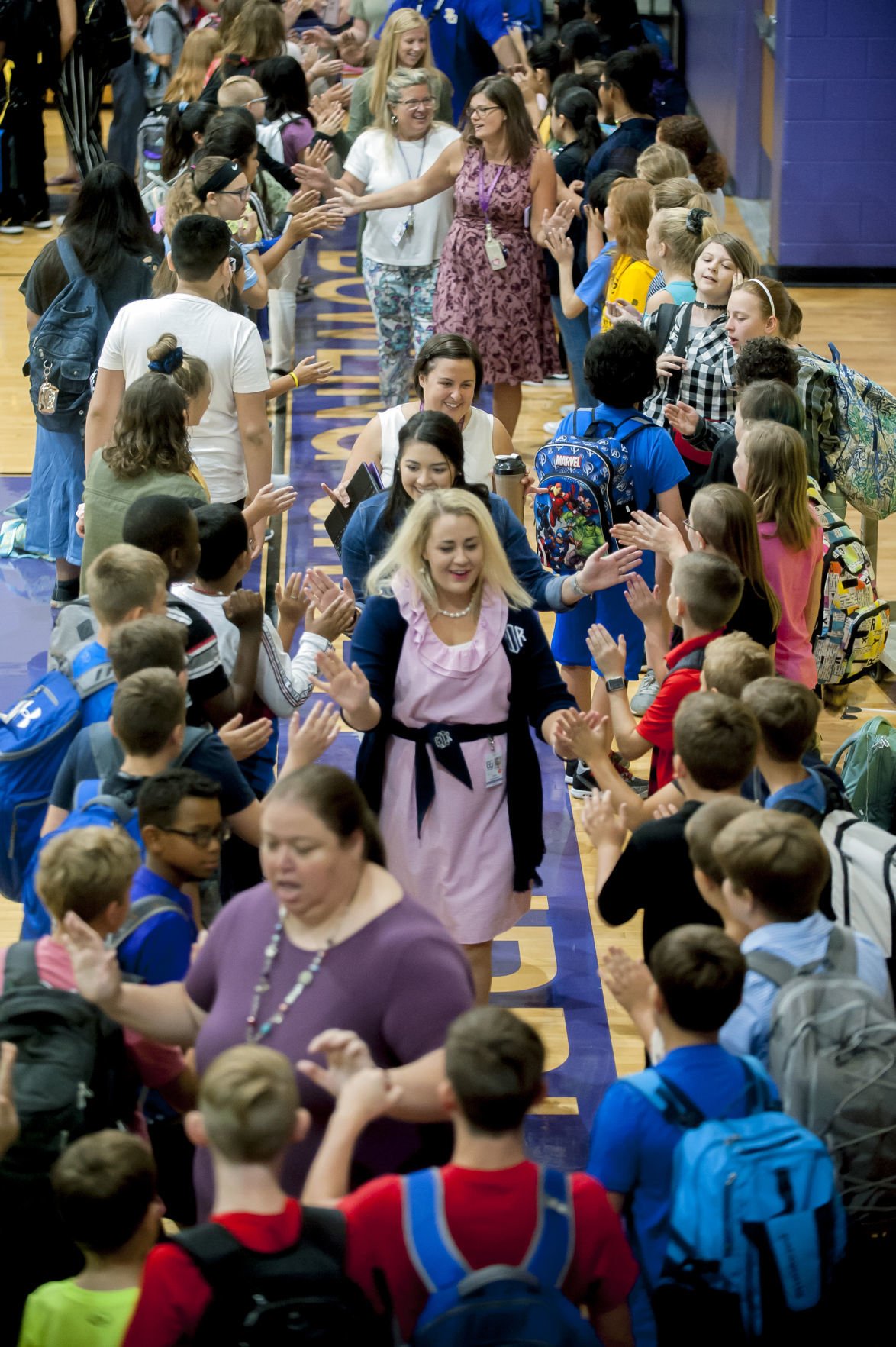 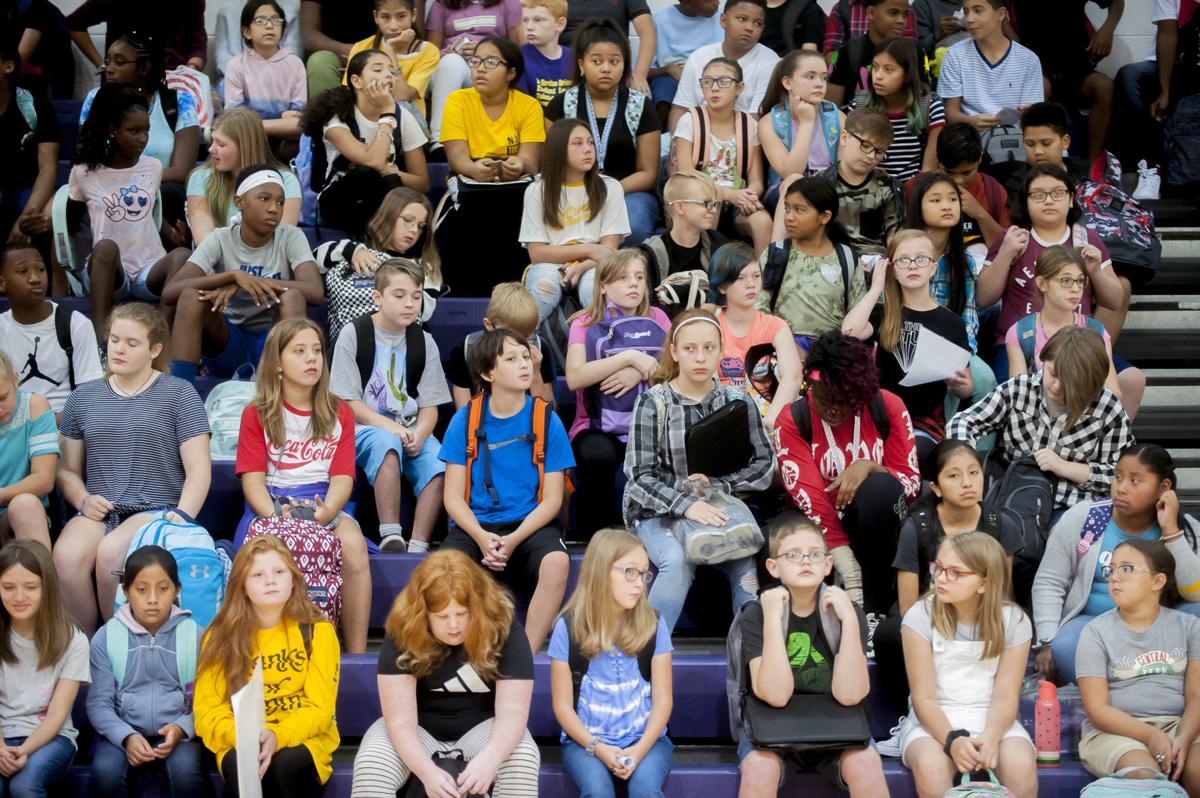 Strutting down a long “Purple” carpet rolled out in the school’s gym, teachers at Bowling Green Junior High School high-fived students standing on both sides, welcoming them back to school with a BGJHS tradition.

Earlier, the school’s incoming sixth graders crowded around and took their own turns walking the carpet. Some were shy, while others did funny dances, hoping to get laughs from their friends.

As the school’s new principal, Robert Lightning was also a newcomer to the tradition. He traded high-fives with students as he worked his way around the gym.

“We want to make sure that they feel a part of this unique Purple family,” Lightning said. “This is just our way of formally introducing them and inviting them to be a part of our family.”

“The thing I’m most excited about is just this amazing faculty and staff that I have the opportunity to work with and lead and then getting to know this amazing body of students and parents,” Lightning said.

The school is expecting about 950 students to start school this week, Lighting said, with about 330 of them incoming sixth graders.

Paul Rigsby-Tinch and Leah Olmsted were among the school’s class of sixth graders starting school Thursday. After coming from Bowling Green’s Montessori School, it was a big change for both students. Both students admitted to feeling a little nervous.

“I’m nervous that I’m not going to get to classes on time,” Paul said, adding he was “kind of stressed about that.”

For Leah, it was also a big leap.

“This (school) has so many more people and we have lockers,” she said. “It’s much different.”

On the other hand, sixth grader Addie Day was excited.

“I’m excited to see my friends and see my new teachers of the year and learn new things,” she said, adding she’s most excited to get a locker and start classes. After walking down the school’s carpet, she said “I thought it was really fun.”

Asked about his vision for the school this year, Lightning said he wants to promote teamwork.

“We’re really going to focus on working together as a team this year with our faculty and staff and making sure that we’re supporting our students and parents,” Lightning said.