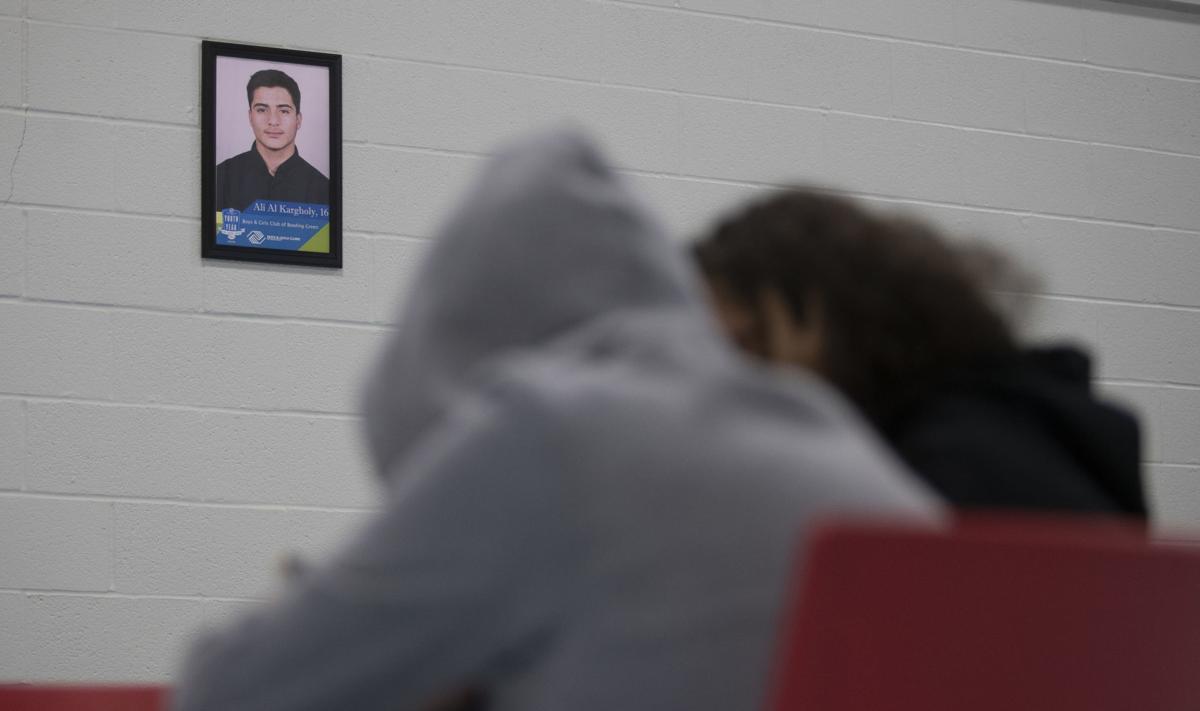 Ali Kargholy's photo hangs on the wall of the teen center on Wednesday, January 22, 2020, at the Bowling Green Boys and Girls Club. (Austin Anthony/photo@bgdailynews.com) 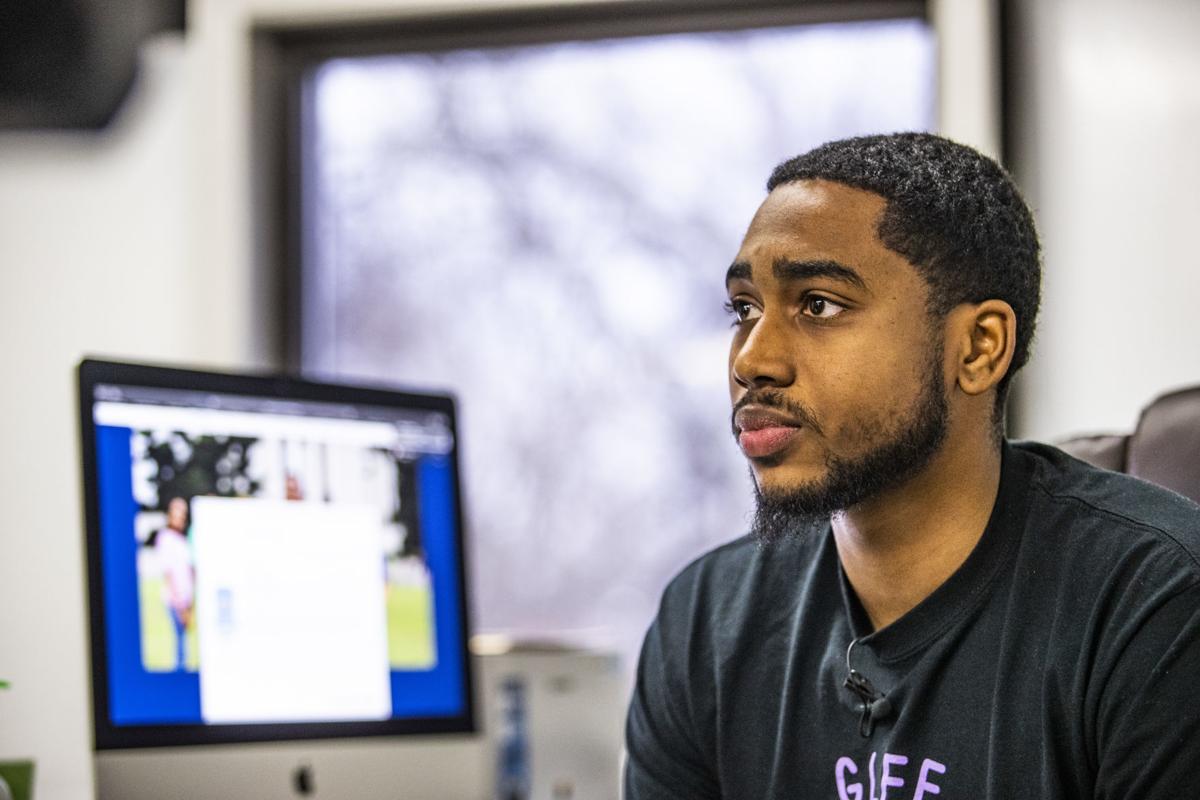 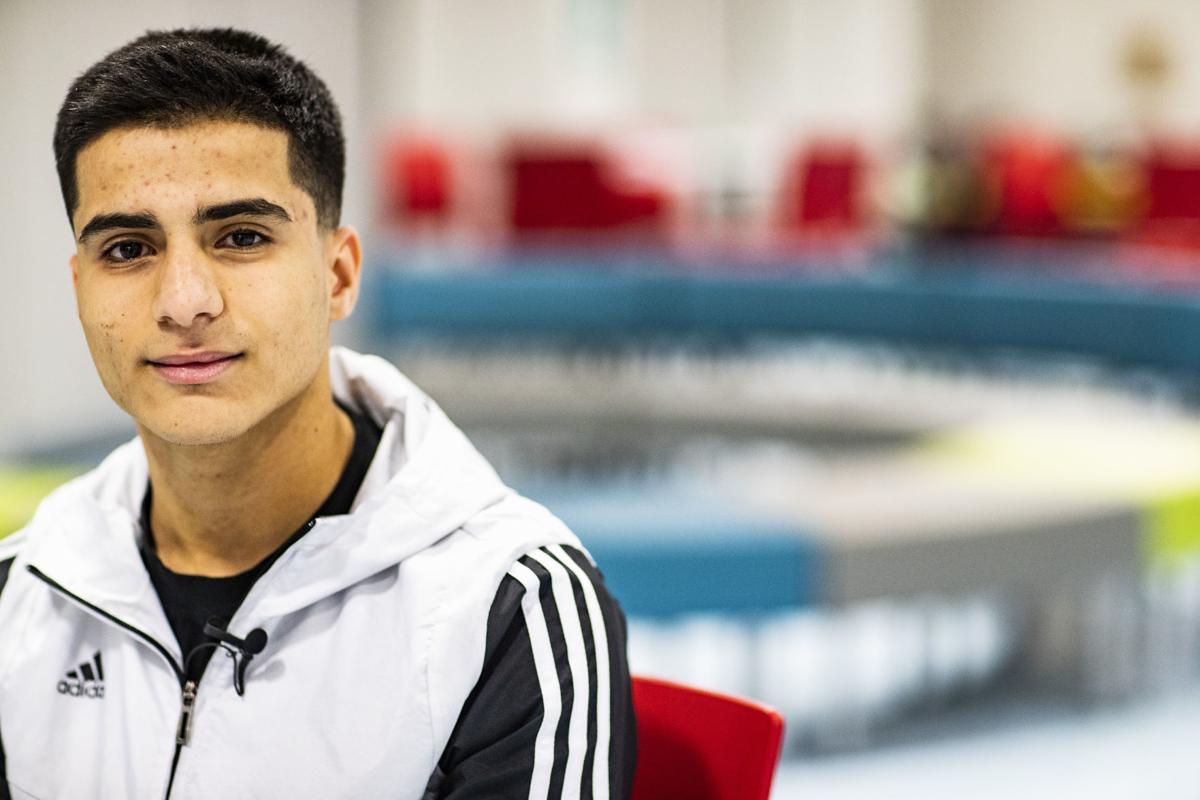 Ali Kargholy's photo hangs on the wall of the teen center on Wednesday, January 22, 2020, at the Bowling Green Boys and Girls Club. (Austin Anthony/photo@bgdailynews.com)

“The third time is the charm” is a phrase Ali Kargholy, a Bowling Green High School senior, hopes comes true after being named Youth of the Year at the Bowling Green Boys and Girls Club for a third time and moving on to the statewide competition in Lexington later this year.

The competition involves speeches – often memorized – and winners advance to higher-stakes platforms that focus on club members’ journeys and how the Boys and Girls Club impacted their lives.

The ultimate prize is to be named the national Youth of the Year, who becomes a spokesperson and ambassador for the Boys and Girls Club.

For Kargholy, 17, his journey from Iraq to America in 2012 was the subject of his speech.

“I have four brothers and three sisters and (I talked about) coming here for the first time to a whole new country, learning a whole new language and finding out about the Boys and Girls Club,” Kargholy said. “Ever since I came here, I’ve been going to” it.

Kargholy says three minutes was not enough time for the speech.

“There’s so much that the Boys and Girls Club did for me that I can’t do this speech in three minutes,” he said. Like “how I was 8 years old and I would be nervous and scared walking to school. Stuff over there was not how it is here. There were kidnappings and the classrooms were not good. They were just messy and not organized.”

Kargholy competed in the state competition twice before, once as a freshman and once as a junior, and those experiences have prepared him for this trip to Lexington.

“Lexington is the farthest I’ve gotten,” he said, reflecting on his junior year competing. “It was a really good year. I thought I was going to win it. After the speech, you go and do interview questions and I was prepared for that. There were practice questions, and it turned out it was the exact same questions I was practicing.

“I struggled my freshman year. I didn’t know we were going to do interview questions. I just did bad and I didn’t know how to answer. I think that is why the other guy won.”

Prizes at each level include scholarship money, which Kargholy said he would put toward a major in film at Western Kentucky University.

“I like films, cameras and acting,” he said, adding that he is involved in theater and acting at his high school and has a YouTube channel that he updates regularly. “I’m in musical theater in my school. We did a lot of acting at the start of the year, and I actually liked it. There’s a bunch of YouTubers who know how to act and things like that.”

Mims is close with Kargholy and praised his work ethic and drive.

Kargholy is preparing with Mims for the Lexington competition and is staying focused on what this competition means to him.

“The best part is representing my club showing other people that I competed and did all of this and that others can do the same,” Kargholy said. “The idea of the speech is that sometimes winning is not always better than the struggle. You learn from when you don’t succeed at something. This year is the perfect example it is what I’m focused on. There’s always more room to improve and be better.”