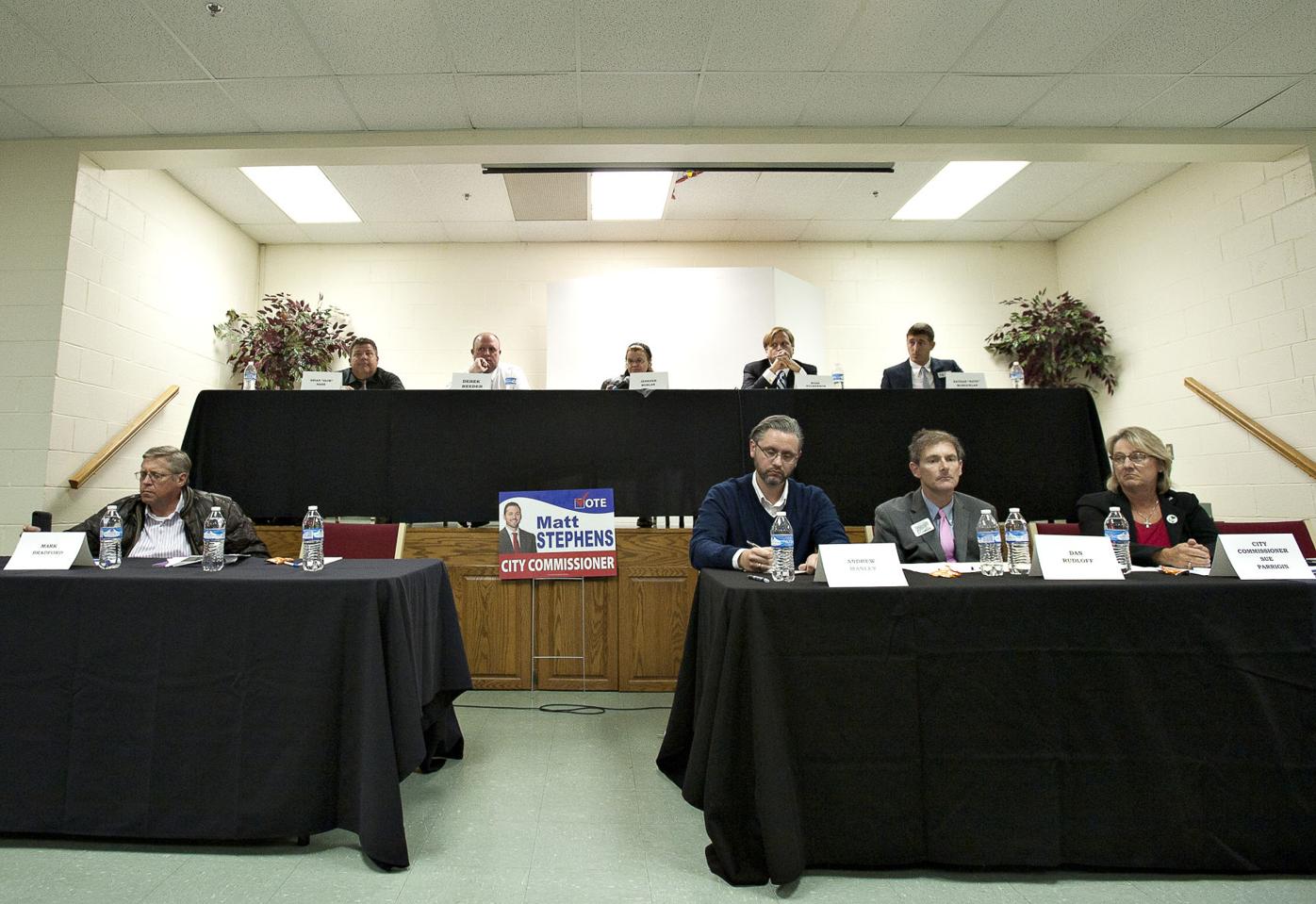 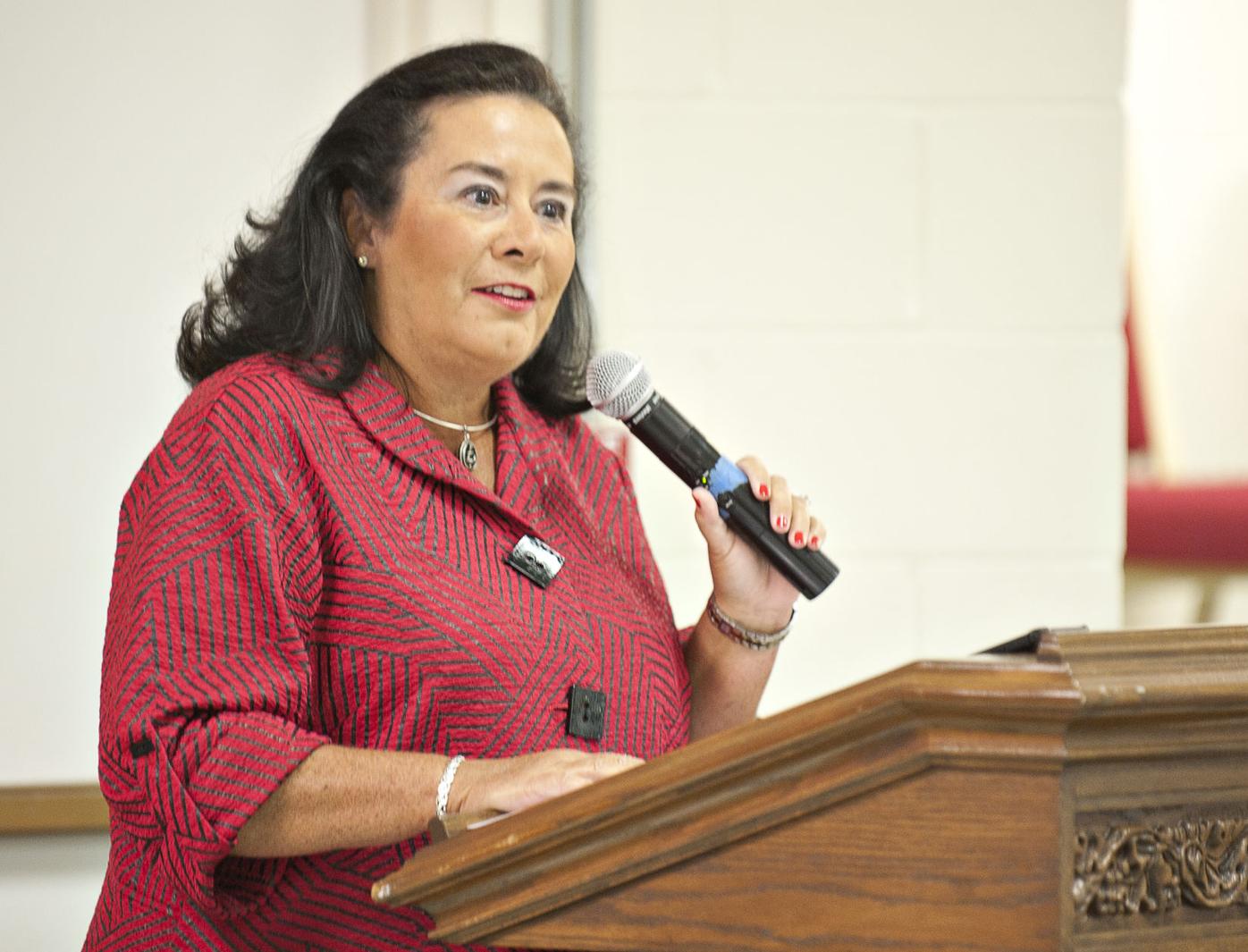 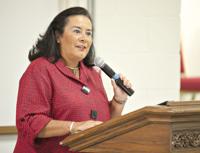 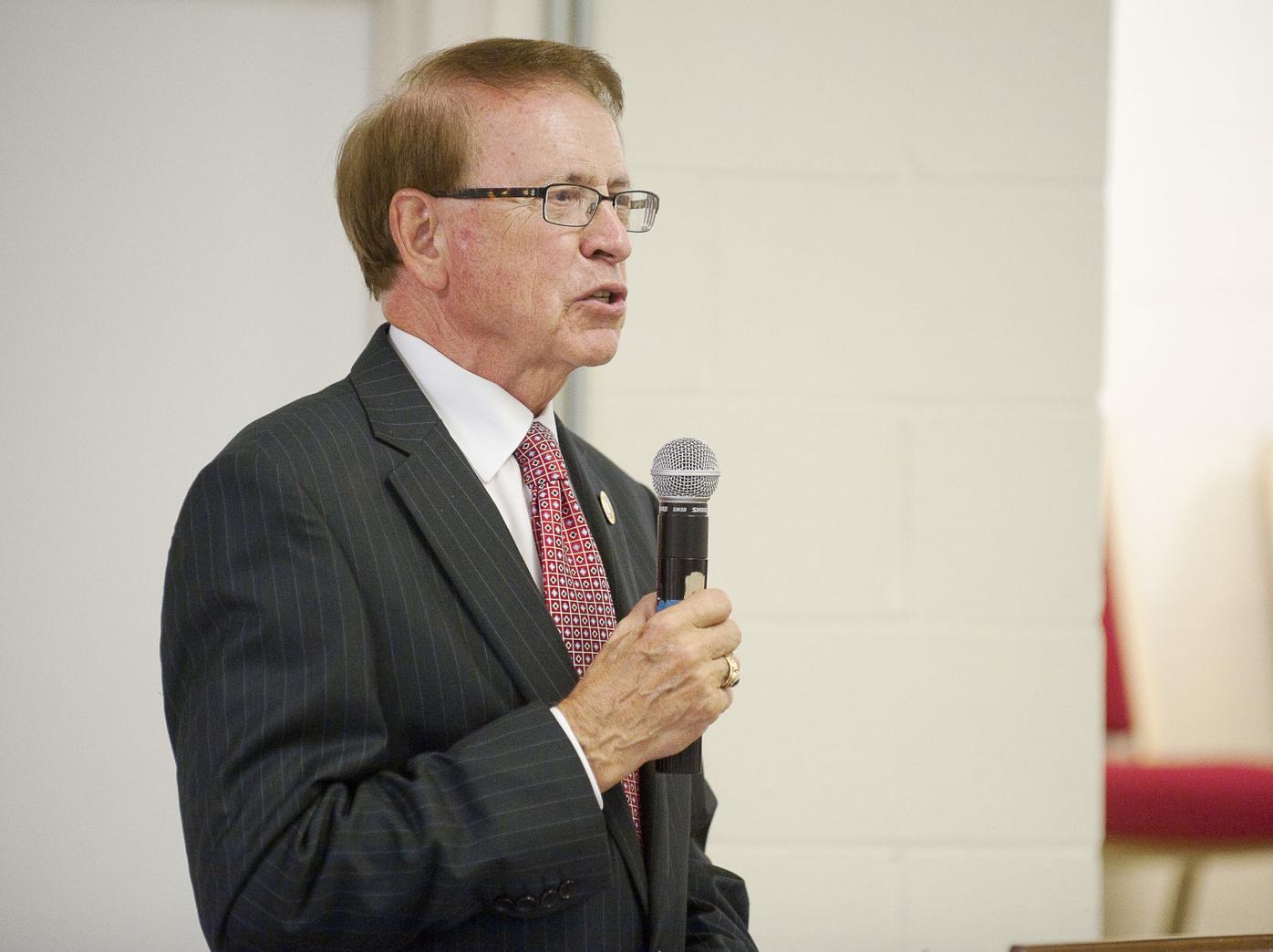 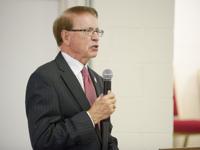 While the forum's focus was on concerns and issues that affect the area's minority and low- to moderate-income community, it was questions about a proposed fairness ordinance that saw the deepest division among commission candidates and drew the most audience response.

The almost two and 1/2 hour forum kicked off with speeches by the two candidates for the District 20 House seat, incumbent Jody Richards, D- Bowling Green, and his Republican challenger, current city commissioner Melinda Hill. The pair were not asked questions, but instead were given 15 minutes to address the topics of restoring voting rights for felons, public health and racial inequality and justice.

Hill spoke first, and said she supported legislation to restore voting rights for non-violent felons who have completed their sentences.

In terms of health, Hill said the goal of reducing the number of uninsured in the state was "laudable," but there were issues with the cost of the state's expansion of Medicaid under former Gov. Steve Beshear.

On justice issues, she said there are some communities that do not trust police, but that Bowling Green "was not one of those communities." She said there should be an investment in community policing, that a culture where good officers can report the misdeeds of other officers should be supported and said such things as the city's recent decision to equip all police officers with body cameras were positive steps.

Bowling Green, was "being proactive," she said. She added that she would "reinforce the concept of not doing dangerous things when approached by police."

Richards said he has been sponsoring a House bill for a state constitutional amendment since 2007 that would automatically restore voting rights for some felons, but the state Senate has voted it down nine times. He said the legislation is needed because, despite a felon voting rights being bill passed in the last session, not a single felon in the state has had their voting rights restored because of "the governor's inaction."

In terms of health, Richards said he's concerned that Gov. Bevin's Medicaid plan would mean that "the working poor and most vulnerable will lose coverage."

On justice issues, Richards said that African Americans make up 13 percent of the national population, but 37 percent of the prison population. "That's a tragedy," he said. "I support a justice system that works for all." Richards added that in "today's world, we are constantly reminded" that injustice exists. He said promoting families, respect for all and education were critical.

"Education is the pathway to justice and equality," Richards said.

It was then the turn of nine city commission candidates to answer questions in front of about 60 spectators. Incumbents Joe Denning and Rick Williams and candidate Matt Stephens did not attend.

The candidates were asked different questions in groups by random draw.

They all, however, answered the first question about whether racial inequality needed to be addressed in Bowling Green, and if so, how.

Brian "Slim" Nash said much inequality is institutional, and "it takes leaders to break down" the barriers. He said he would work with communities to address the issues.

Derek Reeder said inequality "was everywhere," including Bowling Green and he would work with non-profits and impacted residents.

Jennifer Morlan said Bowling Green "kind of has a problem, kind of" doesn't.

Ryan Gene Fulkerson said inequality is "a problem in Bowling Green and every community in the country," adding that increasing diversity in the city's workforce would be a positive step.

Nate Morguelan said solutions included things like passing the Uniform Residential Landlord Tenant Act and increasing public transit options, as well as making "sure everyone in Bowling Green is looked upon equally."

Incumbent Commissioner Sue Parrigin said a solution was "helping people seize opportunities that are here in our community."

Dan Rudloff said "the best way to address (injustice) is education," adding that growing up in Bowling Green he "never saw color .. because I was educated" about diversity.

Andrew Manley said just because we may not see injustice doesn't mean it doesn't exist. He said solutions include extending outreach to different populations.

Mark Bradford said he was in favor of racial equality.

Later in the forum a question was asked about the unsuccessful attempts by some city residents to get the commission to adopt a fairness ordinance that would ban discrimination based on sexual identity or preference. The issue has also come up at previous forums, as well as commission meetings, with incumbent commissioners and several of the candidates on opposite sides.

To the question of whether he would support such an effort, Morguelan said "the very simple answer is yes. It's common sense," he said. "It's embarrassing to me that the commission has been putting off an answer."

Parrigin then repeated previous statements that she was for equal treatment, but that a city ordinance "will not change hearts and minds," to which an audience member yelled out "it will protect us."

Parrigin then said she thinks the issue should be addressed on a state or federal level.

Manley then reiterated his support for a fairness ordinance, saying "it's the right thing to do."

A later audience question also was regarding a fairness ordinance. After Morguelan and Manley again expressed support, Fulkerson addressed Parrigin's comments, saying it was "not about changing hearts and minds," saying civil rights legislation "didn't change hearts and minds, it protected people from bigoted hearts and minds."

He said the current commission must either "support bigotry or are too cowardly to address it," he said to loud applause.

The final question was whether the candidates supported the Black Lives Matter movement.

Rudloff, an attorney, said he's been in court fighting for people who have been discriminated against.

"Black lives matter," Morguelan said, adding that some previous comments about people not seeing color "don't resonate with me ... if you can't see color, you can't see the problem," he said to applause.

The city has eliminated a primary system where the candidate field was first reduced, so the top four vote-getters Nov. 8 will earn commission seats.

Richards, Hill and the Bowling Green City Commission candidates have been invited to a forum at 5:30 p.m. Oct. 25 at La Gala, 601 State St. The event is sponsored by the Downtown Redevelopment Authority and the Daily News.

Push for a Fairness Ordinance

After the Fairness Campaign saw Louisville pass a fairness ordinance in 1999, similar organizations across the state began pressing the issue …