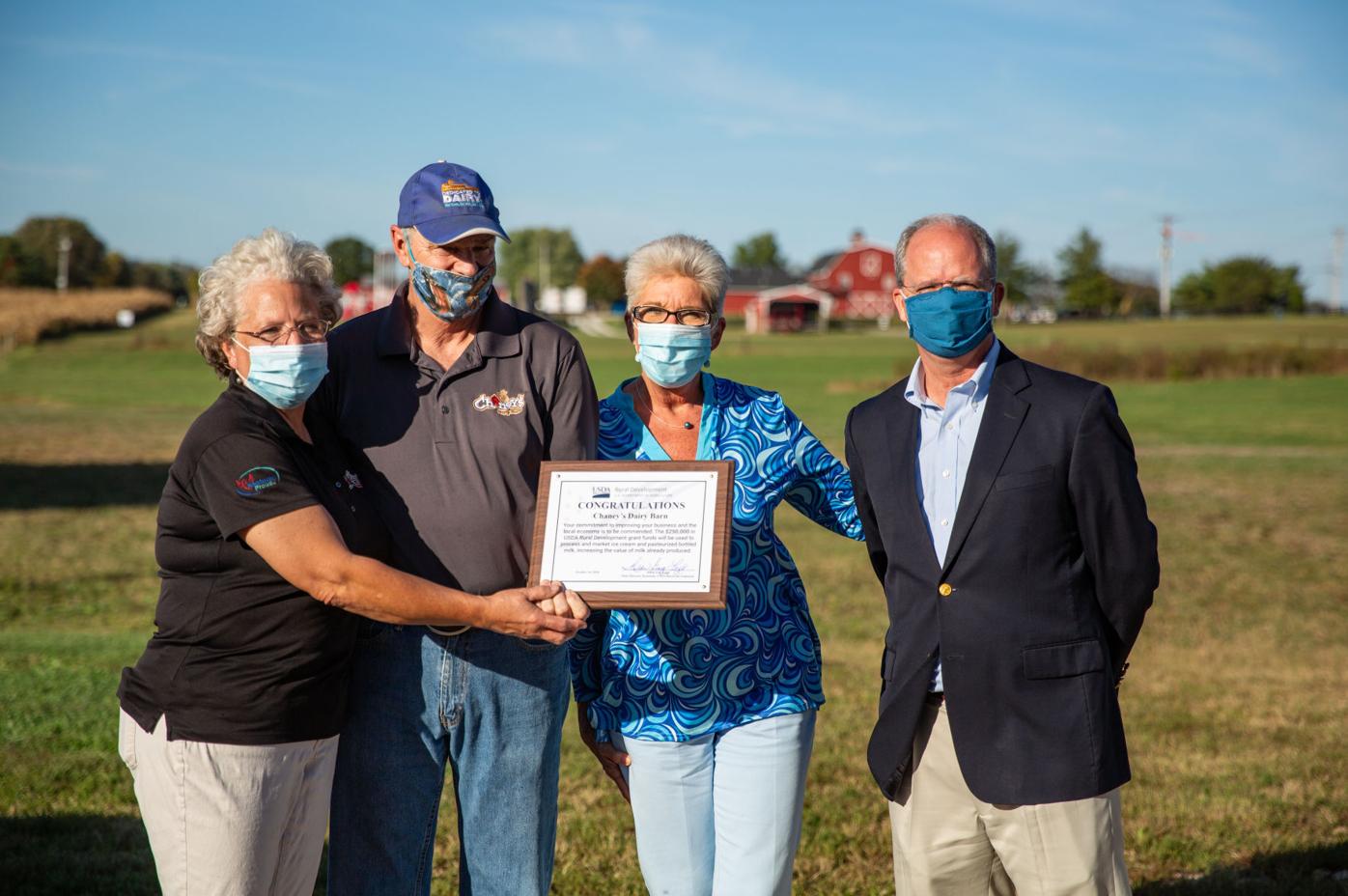 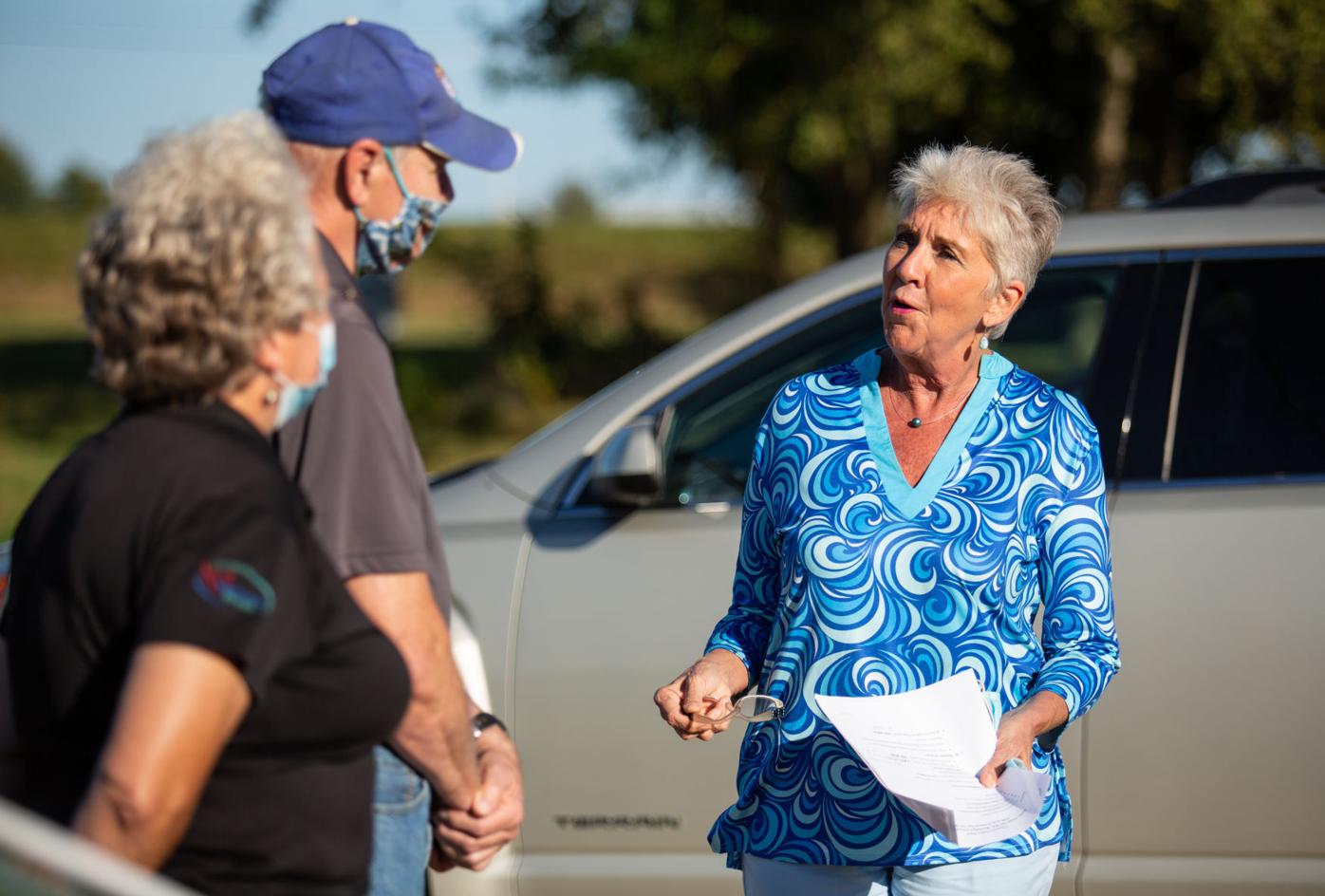 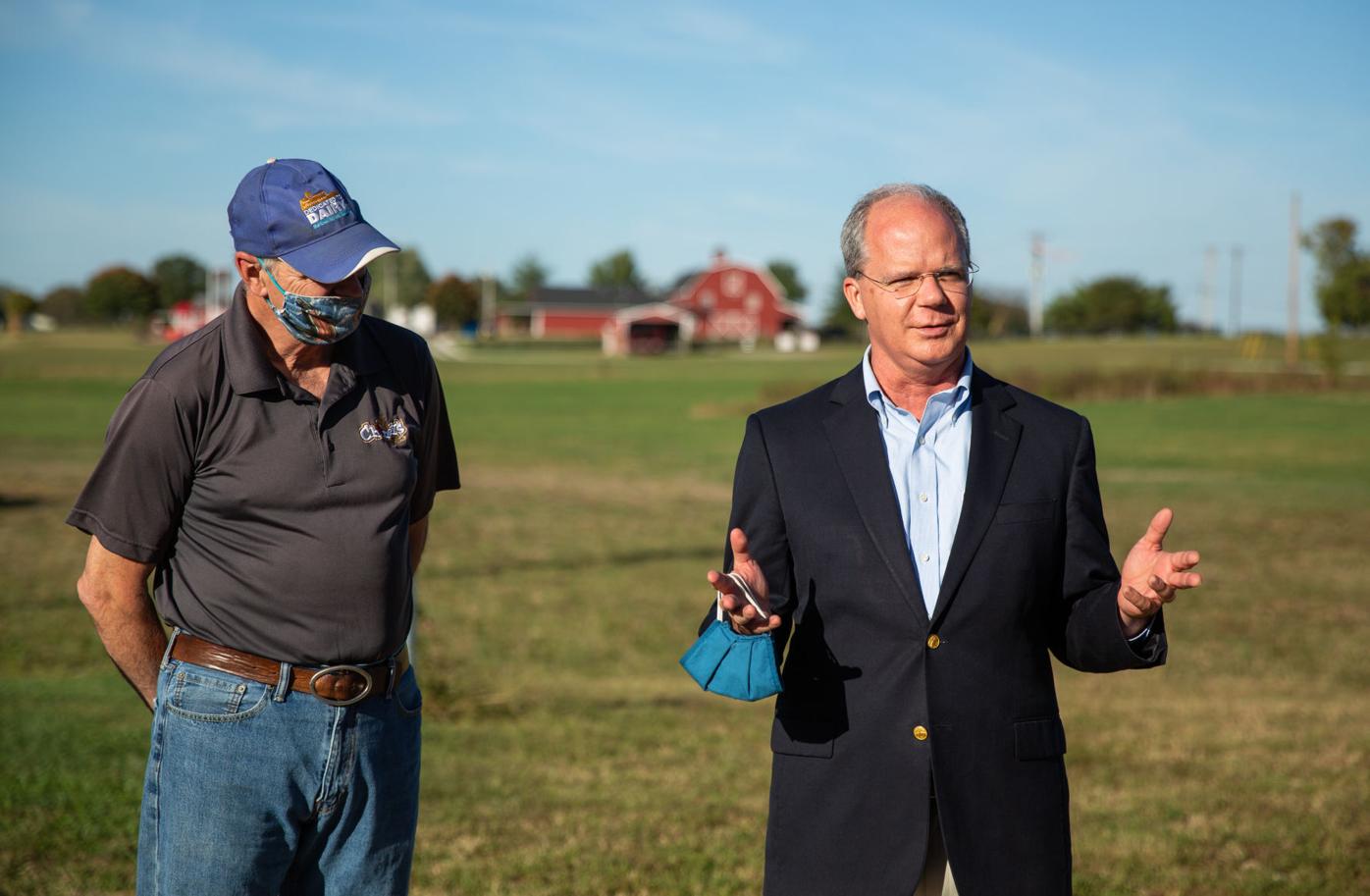 U.S. Rep. Brett Guthrie, R-Bowling Green, right, says a few words before presenting a $250,000 grant from the USDA to Carl Chaney of Chaney's Dairy Farm to expand its customer base and product offerings on Wednesday, Oct. 14, 2020. (Grace Ramey/photo@bgdailynews.com) 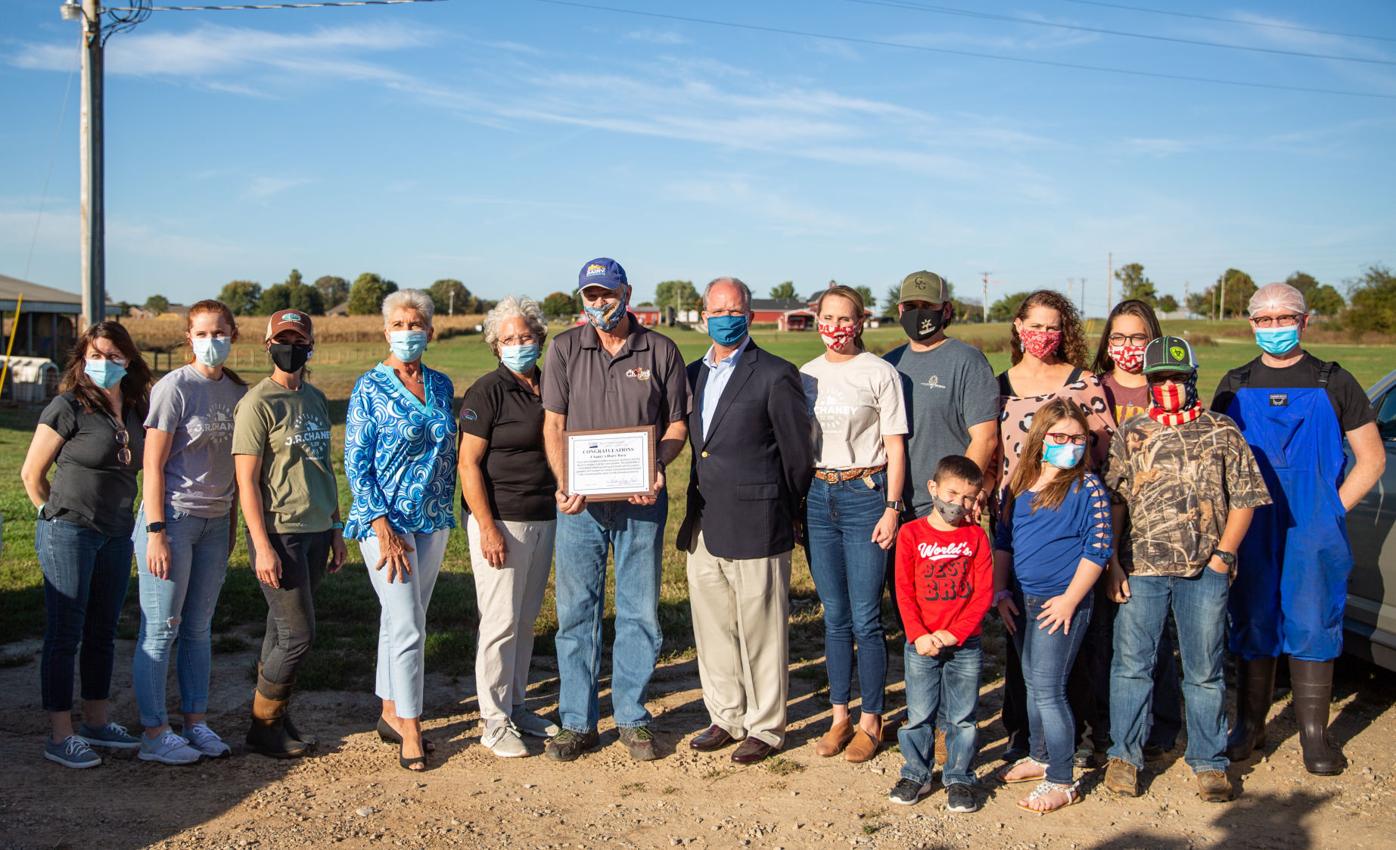 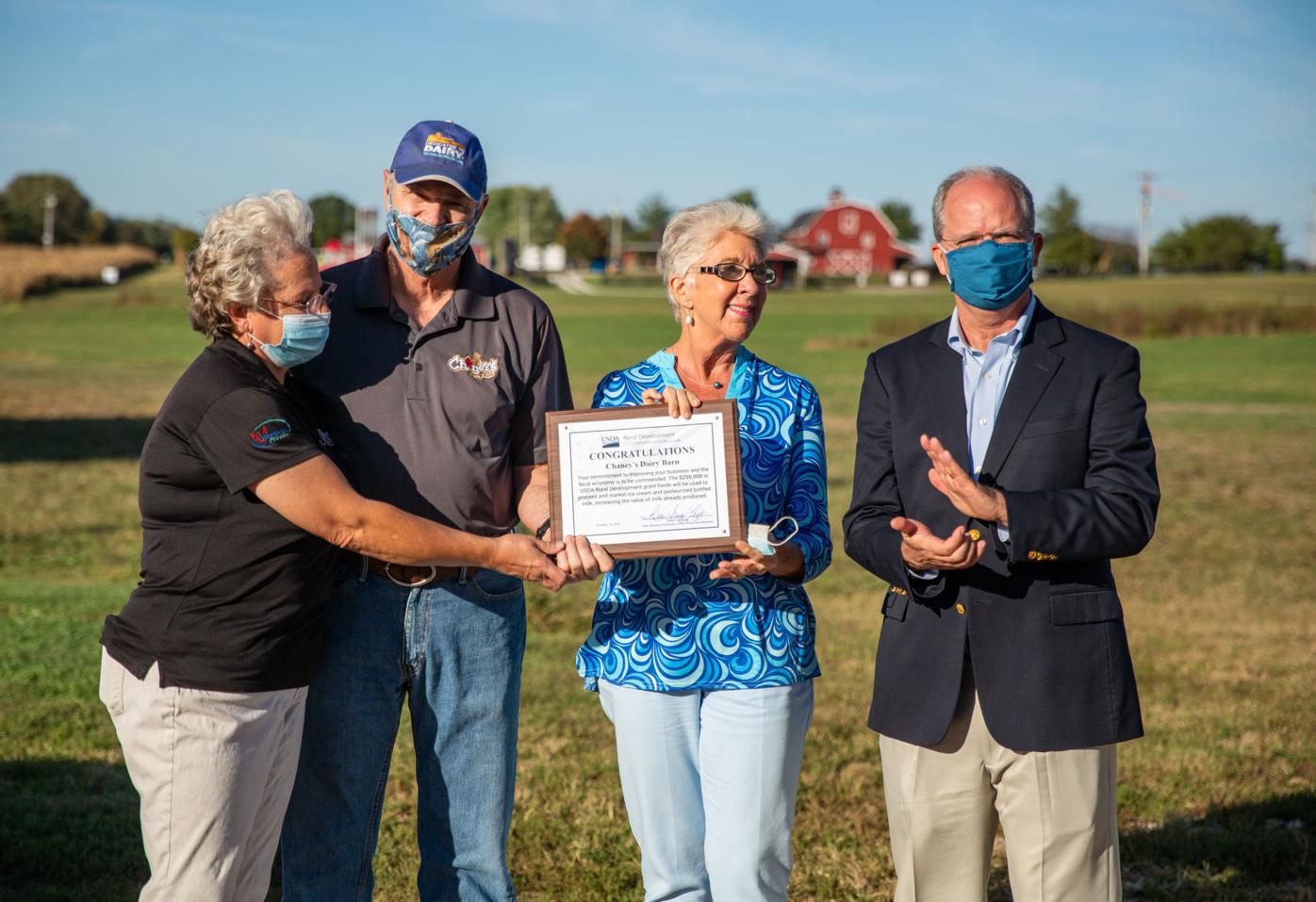 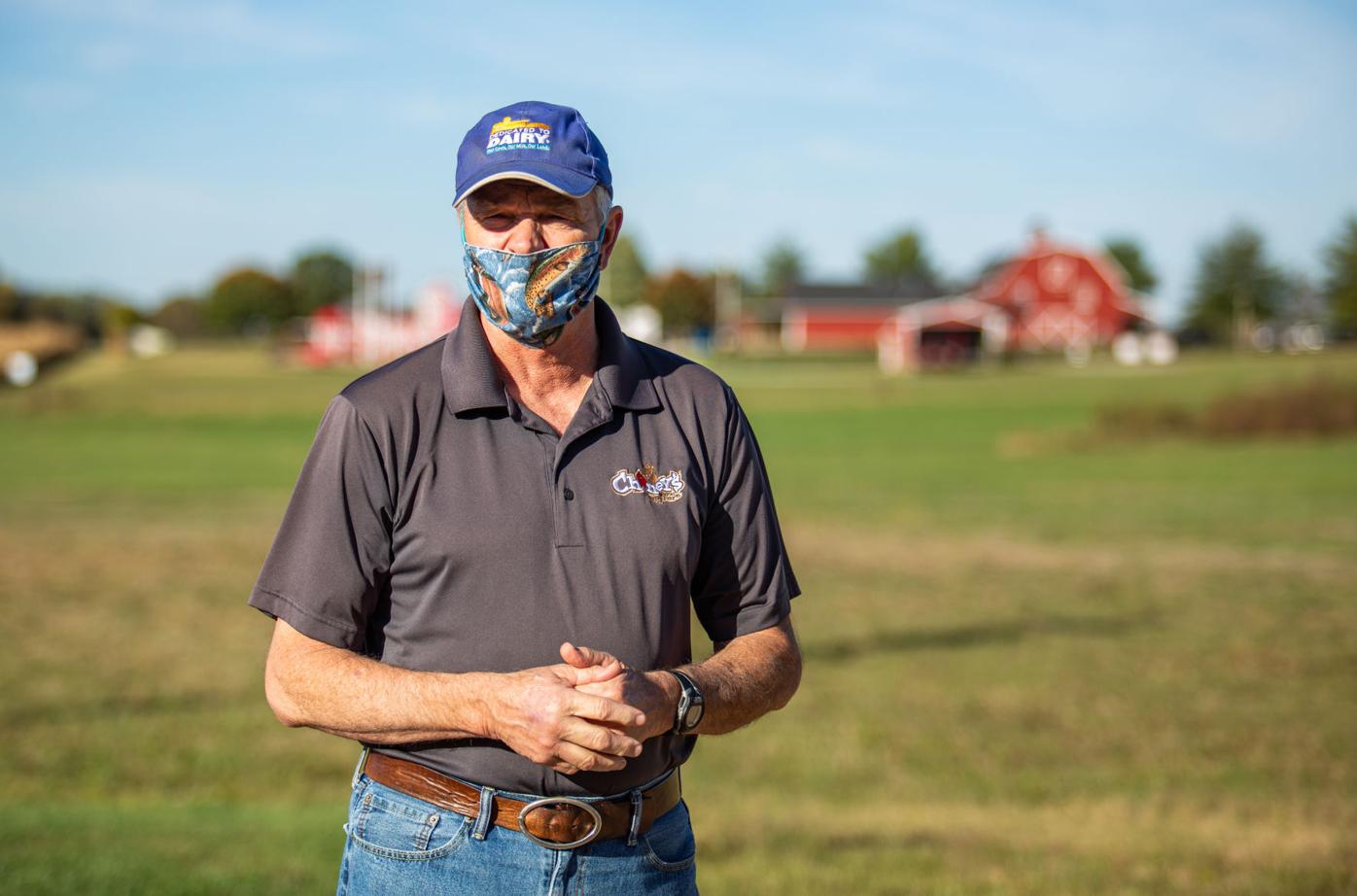 Carl Chaney of Chaney's Dairy Farm in Bowling Green says a few words before receiving a $250,000 grant from the USDA to expand its customer base and product offerings on Wednesday, Oct. 14, 2020. (Grace Ramey/photo@bgdailynews.com)

U.S. Rep. Brett Guthrie, R-Bowling Green, right, says a few words before presenting a $250,000 grant from the USDA to Carl Chaney of Chaney's Dairy Farm to expand its customer base and product offerings on Wednesday, Oct. 14, 2020. (Grace Ramey/photo@bgdailynews.com)

Carl Chaney of Chaney's Dairy Farm in Bowling Green says a few words before receiving a $250,000 grant from the USDA to expand its customer base and product offerings on Wednesday, Oct. 14, 2020. (Grace Ramey/photo@bgdailynews.com)

And for good reason.

In the midst of the storm that the coronavirus pandemic has created for small businesses like Chaney’s Dairy Barn on Nashville Road, Chaney got some welcome news.

Chaney’s is receiving a $250,000 grant from the U.S. Department of Agriculture that will allow the business to continue innovations that have helped it survive even as the economy has taken a hit.

“This is fantastic news,” Chaney said. “It’s a value-added production grant that helps you take your own product and add value to it. We had heard about it before but didn’t think we would qualify.

“Now that we’re processing our own milk and using it to make our ice cream, we’re eligible. This will allow us to expand what we’re doing.”

Chaney said the grant can be used primarily for supplies and labor.

“You can’t buy equipment or trucks, but you can get your trucks wrapped,” he said. “It will help us be able to add some things that might help us.”

Mostly, the extra funding will allow Chaney to continue the innovations that have kept his farm and restaurant/ice cream store alive during a trying time for the dairy industry that was only worsened by the pandemic.

“So many dairies in Kentucky have struggled,” said U.S. Rep. Brett Guthrie, R-Bowling Green, who was on hand for presentation of the grant. “Value-added strategies are what’s going to keep farms viable.”

Chaney, the fourth generation of Chaneys to run the farm that has been in the dairy business for 80 years, explained that he and his family started processing milk a little over a year ago.

“We wanted to cut out the middle man,” he said of a business strategy that has also included installing robots to do the milking.

Chaney’s farm is now producing 23,000 pounds of milk per week and processing about half of it themselves with the rest going to a processor in Logan County. Chaney’s-branded pasteurized milk is now being sold at local stores owned by Houchens Industries and at other retail outlets.

Much of the milk goes into making the ice cream for the dairy barn operation.

Hilda Legg, the USDA Rural Development Kentucky state director who joined Guthrie to present the grant, pointed to Chaney’s innovative strategies as a reason for awarding the grant.

“This family has been so creative in adapting,” Legg said. “You have survived because you’re flexible and innovative in expanding your customer base.”

Chaney said that, despite the drop in business brought about by the pandemic, he has maintained his employment of about 40 people.

The presentation at Chaney’s was one of three that Legg and Guthrie made Wednesday. The others:

Legg said the grant to Connected Nation will help veterans and their family members “learn the latest technology and earn high-tech jobs regardless of where they’re stationed”.