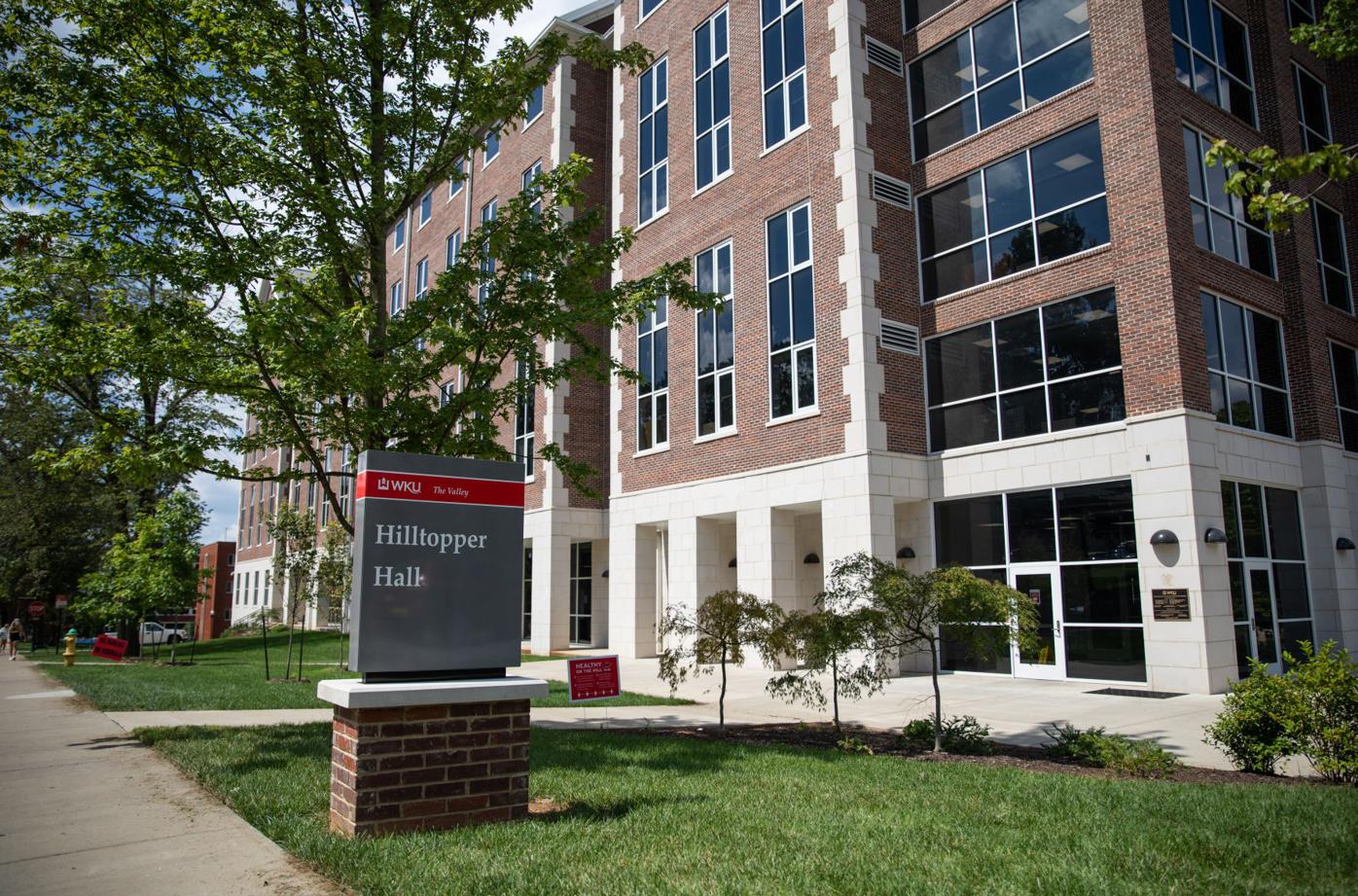 An historic marker once located outside Western Kentucky University's Hilltopper Hall that notes Bowling Green as the Confederate capital of Kentucky was recently removed, according to WKU President Timothy Caboni. (Grace Ramey/photo@bgdailynews.com) 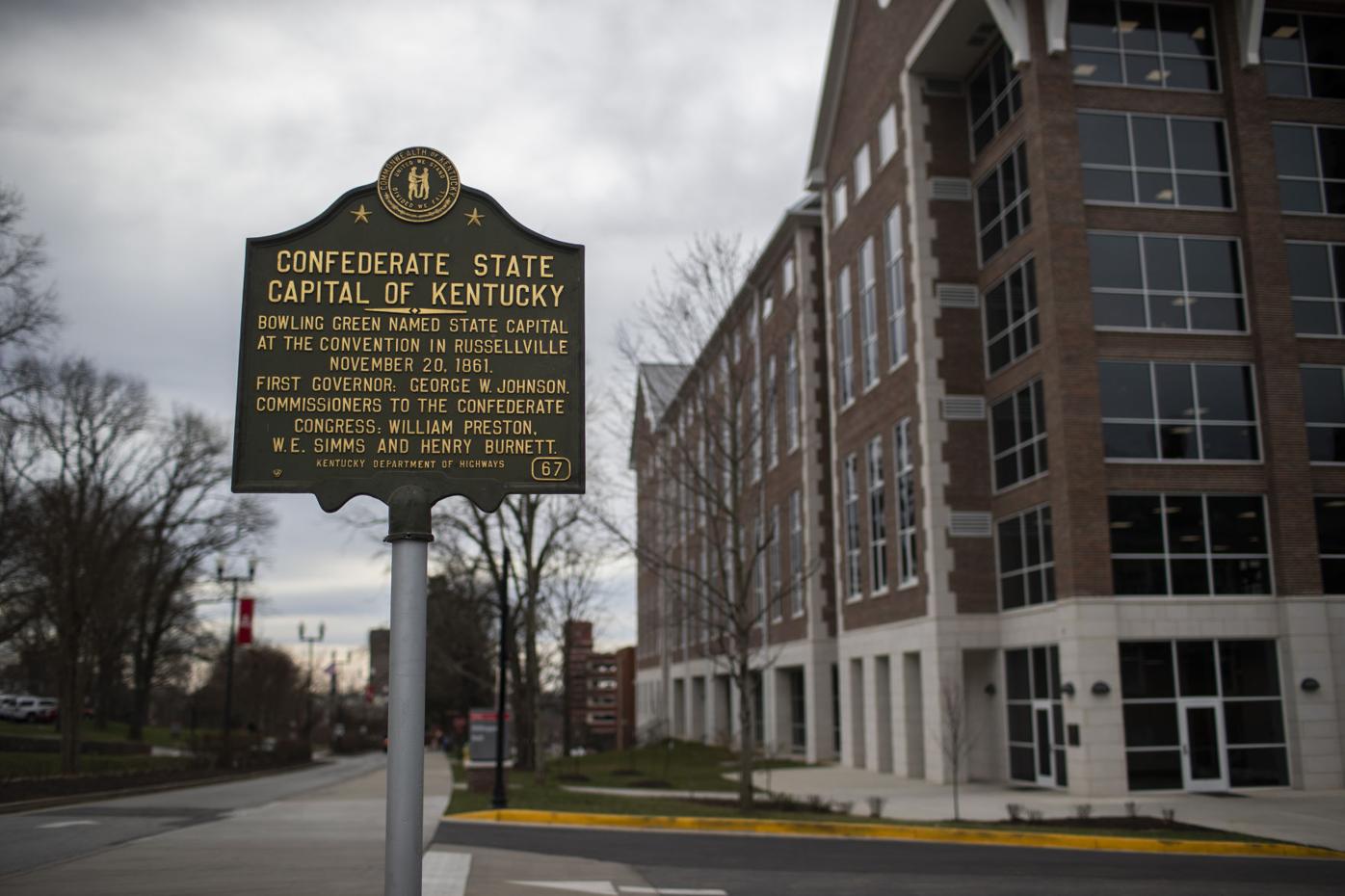 The Civil War historical marker is seen in 2019 alongside College Heights Boulevard at Western Kentucky University.

An historic marker once located outside Western Kentucky University's Hilltopper Hall that notes Bowling Green as the Confederate capital of Kentucky was recently removed, according to WKU President Timothy Caboni. (Grace Ramey/photo@bgdailynews.com)

The Civil War historical marker is seen in 2019 alongside College Heights Boulevard at Western Kentucky University.

A historical marker that notes Bowling Green was a former state capital of the Confederacy has been removed and placed into storage by the Kentucky Historical Society following a fresh wave of discussion at Western Kentucky University about history and how it should be remembered.

On Friday, WKU President Timothy Caboni wrote in an email to faculty and staff that the move was spurred by perennial concerns from the university community about the marker’s place on campus and the current nationwide racial reckoning sparked by recent police killings of Black Americans.

“As our nation grapples with the legacy of racism and injustice, we continue to engage in important conversations about how we will affect positive change. As part of this reckoning, cities and institutions across the country have questioned and examined critically the symbols, statues and names that mark our public spaces and shape our organizations,” Caboni wrote in his email.

“... One such conversation that has been ongoing within the WKU community during the past few years concerns a marker denoting Bowling Green as the Confederate state capital of Kentucky. This marker was placed on U.S. 68 when it was on the edge of our campus and was a heavily traveled route into downtown. As our institution grew, that road became College Heights Boulevard – owned by the university – and the federal highway changed to University Boulevard. However, the highway marker remained. The Kentucky Historical Society agrees that this placement is out of historical context, and the sign has been removed and placed in storage until KHS can designate a contextually-appropriate location,” Caboni wrote.

The move comes as WKU is reexamining the names of buildings and academic units on campus.

The namesakes of WKU’s Potter College of Arts and Letters and its Ogden College of Science and Engineering historically held people as slaves and came from slaveholding families, according to WKU Historian David Lee.

Caboni said last week that he was forming a task force to examine “problematic” names on campus. The group will “conduct a thorough examination of the history of WKU’s namings, explore options for how we might address those that might be problematic and make recommendations for university leadership to consider,” Caboni wrote Friday.

Caboni hasn’t placed a timeline on the task force’s work.

In an interview Monday, WKU spokesman Bob Skipper said the university contacted the Kentucky Historical Society on behalf of students who said the marker made them feel uncomfortable.

WKU’s Student Government Association voted last year to approve a resolution requesting that the marker be moved, possibly to a display in the Kentucky Museum on campus, according to the university’s student newspaper, the College Heights Herald.

The marker has since been placed into storage by the Kentucky Historical Society, and it is not being stored at WKU, Skipper said.

“They’ve taken possession of it,” Skipper said, referring to KHS.

This is at least the second time WKU has removed marker 67. Most recently, it stood at a prominent spot on the university’s signature College Heights Boulevard, which arcs up WKU’s hill and hosts annual Homecoming and Commencement parades.

After the marker was removed for about 18 months during Hilltopper Hall’s construction, it was returned to a spot along College Heights Boulevard, albeit closer to the Kentucky Museum than its previous location.

About 18 months after it was taken down, a historical marker that notes Bowling Green was the former state capital of the Confederacy has been…