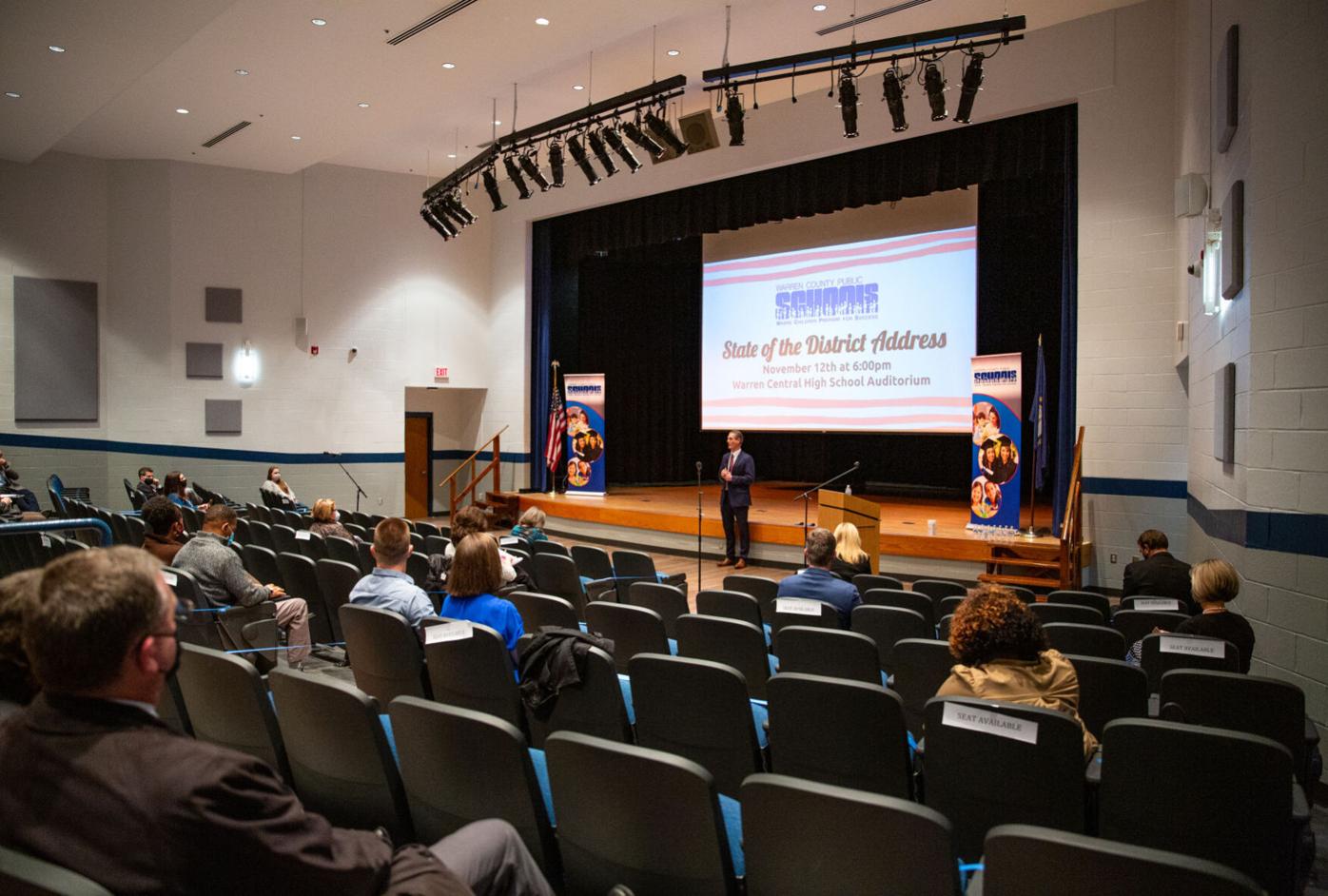 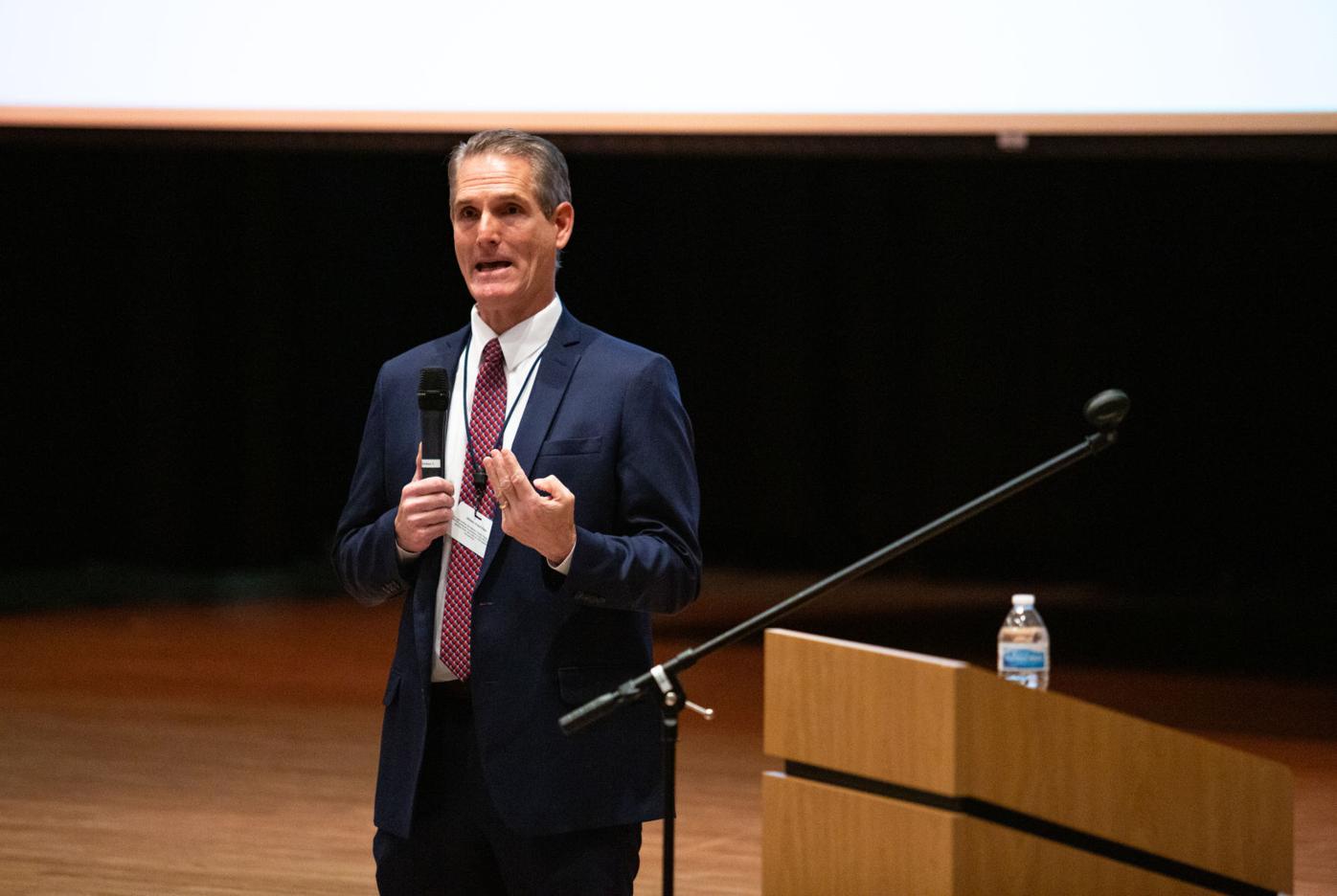 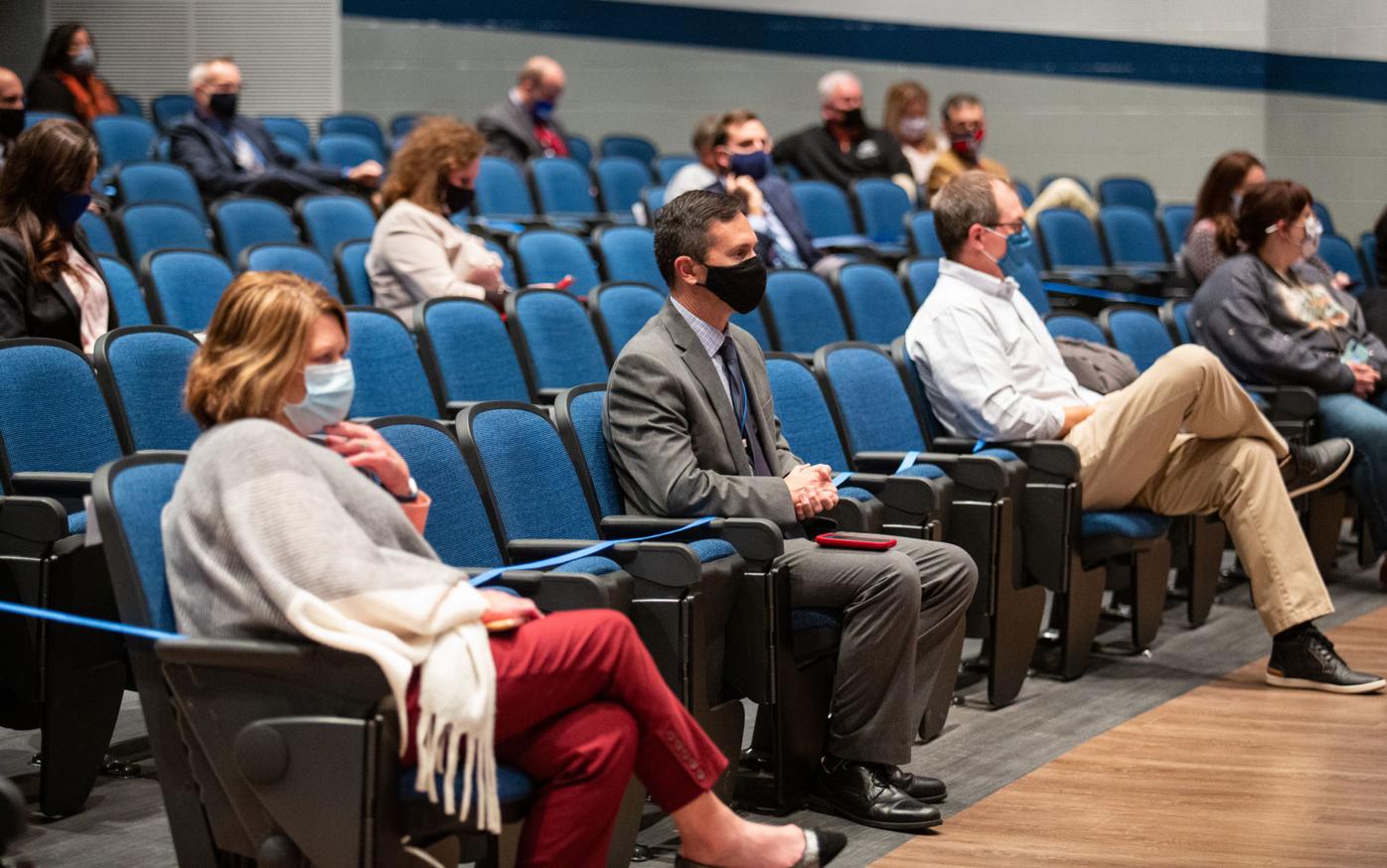 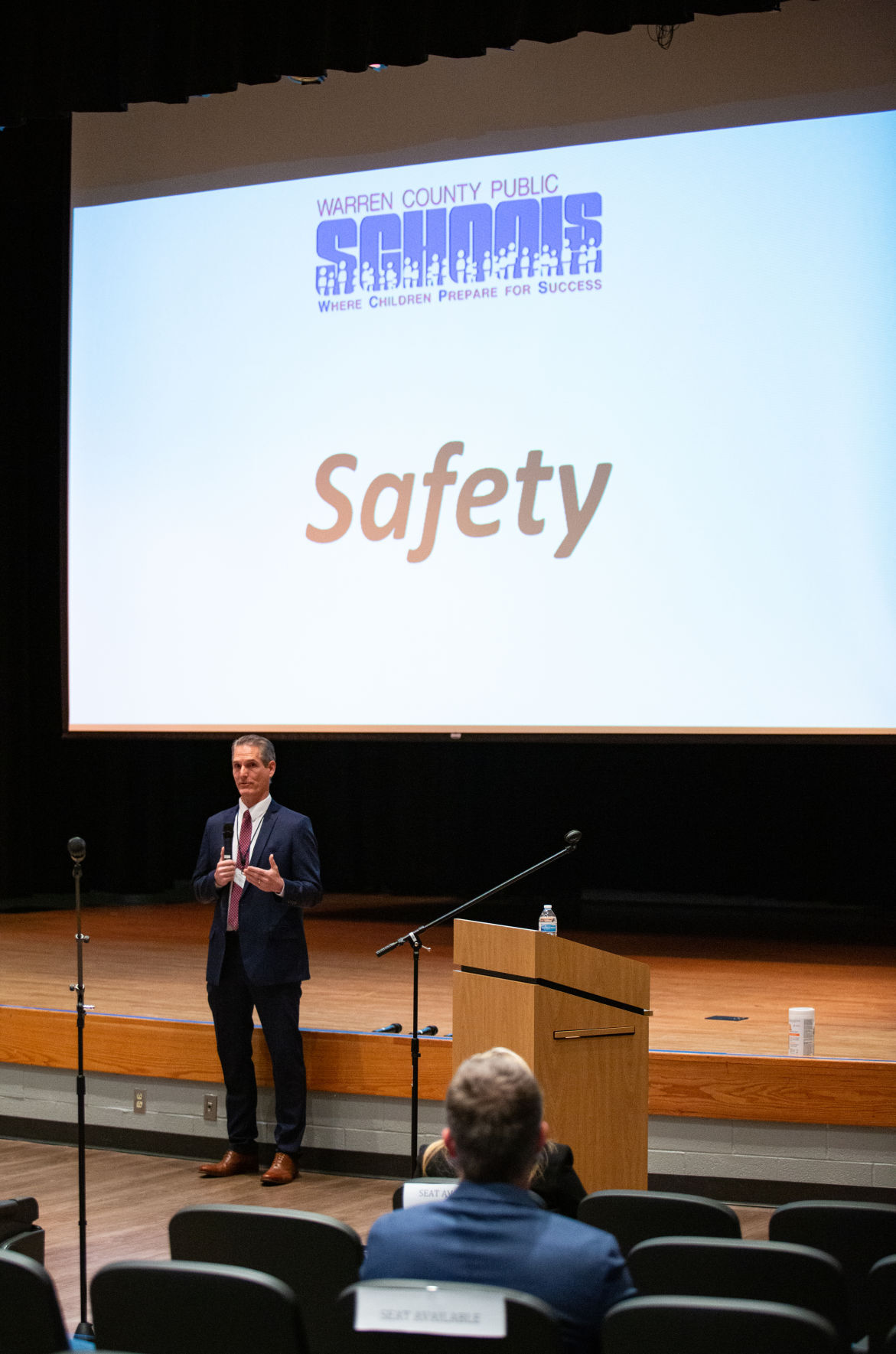 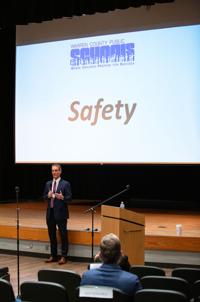 As coronavirus rages across Kentucky, local schools are weighing what form of instruction they should use after winter break. On Thursday, during Warren County Public Schools’ annual State of the District address, parents got an update on when WCPS might make that call.

WCPS Superintendent Rob Clayton said a decision could be announced by Dec. 1.

“We would like to be able to share at that point what Jan. 4 is going to look like,” Clayton said, referring to the date after winter break when classes would start again. “I don’t have a lot of confidence based on what we’re seeing right now in our community that we’re going to be in a good position Dec. 1 to make that decision, but that’s our goal. What I can share with our entire community is we will let you know as soon as we possibly can.”

During the event, which was held at Warren Central High School and broadcast on the district’s Facebook page, attendees heard from invited speaker and local pediatrician Dr. Kelly E. Kries, who supported reopening schools and made a case for expanding in-person instruction.

Kries, who said she typically treats 20 to 30 patients each workday, drew from her experience as a clinician and pointed to preliminary data that show schools being open does not seem to be driving spread of the disease.

In her presentation, Kries referenced several graphs populated with Warren County virus data supplied by a local epidemiologist. One example tracked local COVID-19 cases through October, of which Kries said “Just note, our numbers did not increase when school started in August.”

Kries pointed to several possible contributing factors to explain the phenomenon: vigilant mask use and social distancing in schools, children seem less susceptible to the virus and less likely to spread it, and previous exposure to other viruses like the common cold could offer some level of resistance.

She also pointed to the consequences of students’ prolonged absences from school, like rising rates of youth anxiety, depression and suicide, child abuse and widening inequalities among more affluent and lower-income students.

“Schools provide structure, nutrition, education,” Kries said. “There is nothing that replaces that personal experience of being in school.”

Kries noted the magnified effects of extended school closures on marginalized students. For the poor, minority students and English-learners, “school closures across our nation have created substantial inequality,” Kries said.

She told of one mother she knew who in the spring, when schools initially closed, could not afford child care services and went to child protective services for help.

“They put cameras in the home so that she could have an interactive camera with her children while she worked a 40-hour week and then would interact via a microphone with her kids while she worked 40 hours – an 8- and a 10-year-old,” Kries said.

In another case, Kries told of a 3-year-old child left in the care of the mother’s boyfriend who later showed evidence of being “pummeled.” The child suffered a brain bleed and retinal hemorrhages.

Warren County Public Schools has been operating under a hybrid instruction model, meaning that – for students who choose to participate in it – they are in school two days a week and learn remotely for three days.

But going forward next year, Kries indicated her support for expanding in-person instruction.

“I think the data clearly show the best thing we can do for our kids and our community is keep schools open,” Kries said. “I would say probably five days a week. … School closures harm children.”

With the end of the fall semester approaching and the holidays looming, many local parents are wondering how classes will continue after winte…

Thank you Dr. Kries for advocating for our children. Your expertise and care do not go unnoticed. You do care about the total welfare of children!

Only if done right, with the proper funding and extreme adherence to the rules. That's not going to happen and everyone knows it. Kentuckians refuse to even wear a mask. So go ahead and reopen schools again, poorly. Watch our numbers of sick explode and our hospitals get overwhelmed and then shut down. Catastrophic numbers of dead Americans never bothered Republicans before, why should they care if its their own families and friends dying right? I suppose the only benefit is if Dems keep their kids home and mask up, there will be a whole lot less Republicans left in the State!

Excellent, caring adult comment! I cannot fathom any reasonable concerned adult thinking any differently! What kind of society have we become where the genuine welfare of children no longer matter not even by some so called doctors!