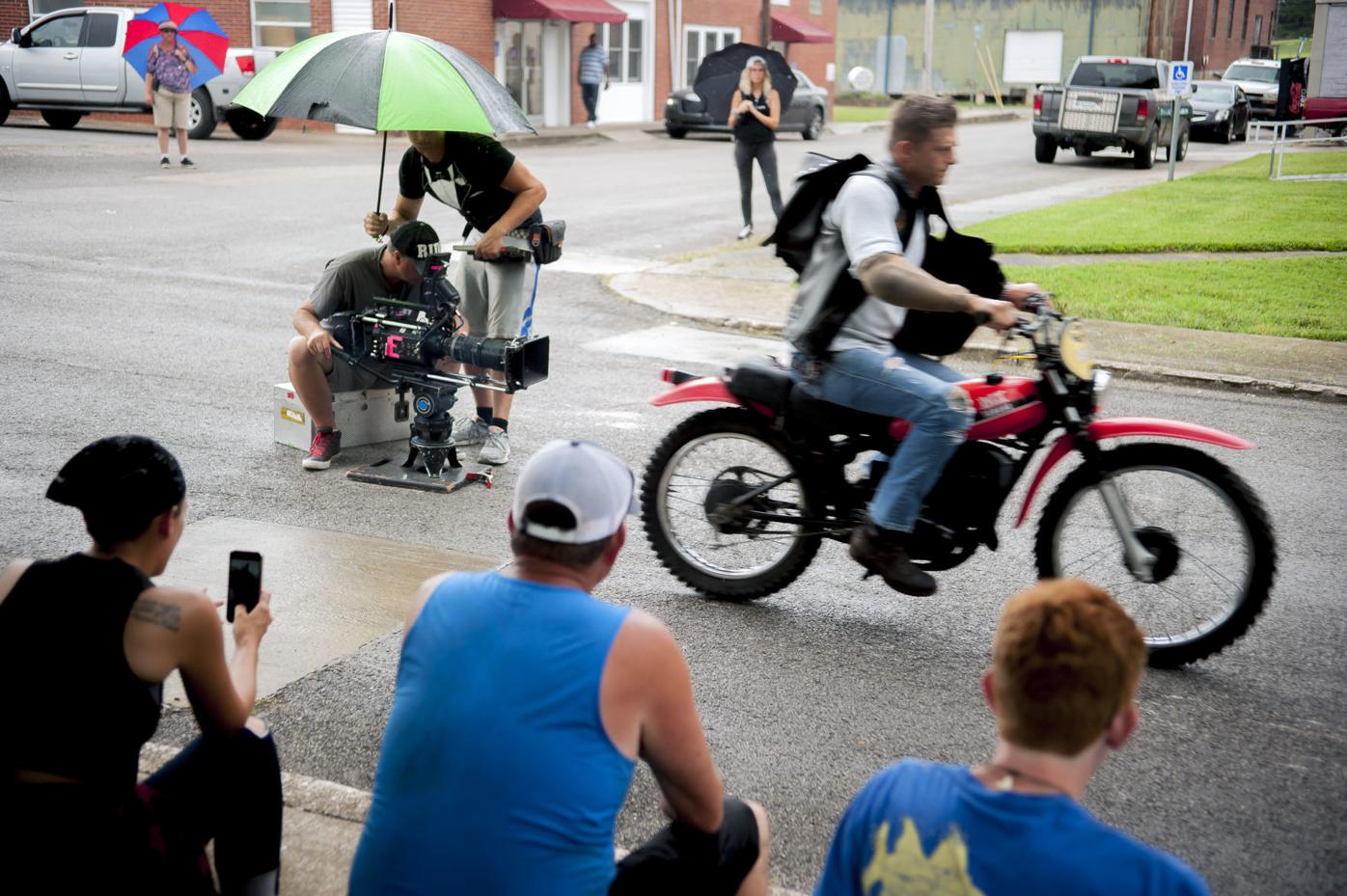 Actor Matt O’Sullivan (right) zooms by on a dirt bike Thursday during filming of the movie “Never Forgive” in Horse Cave. 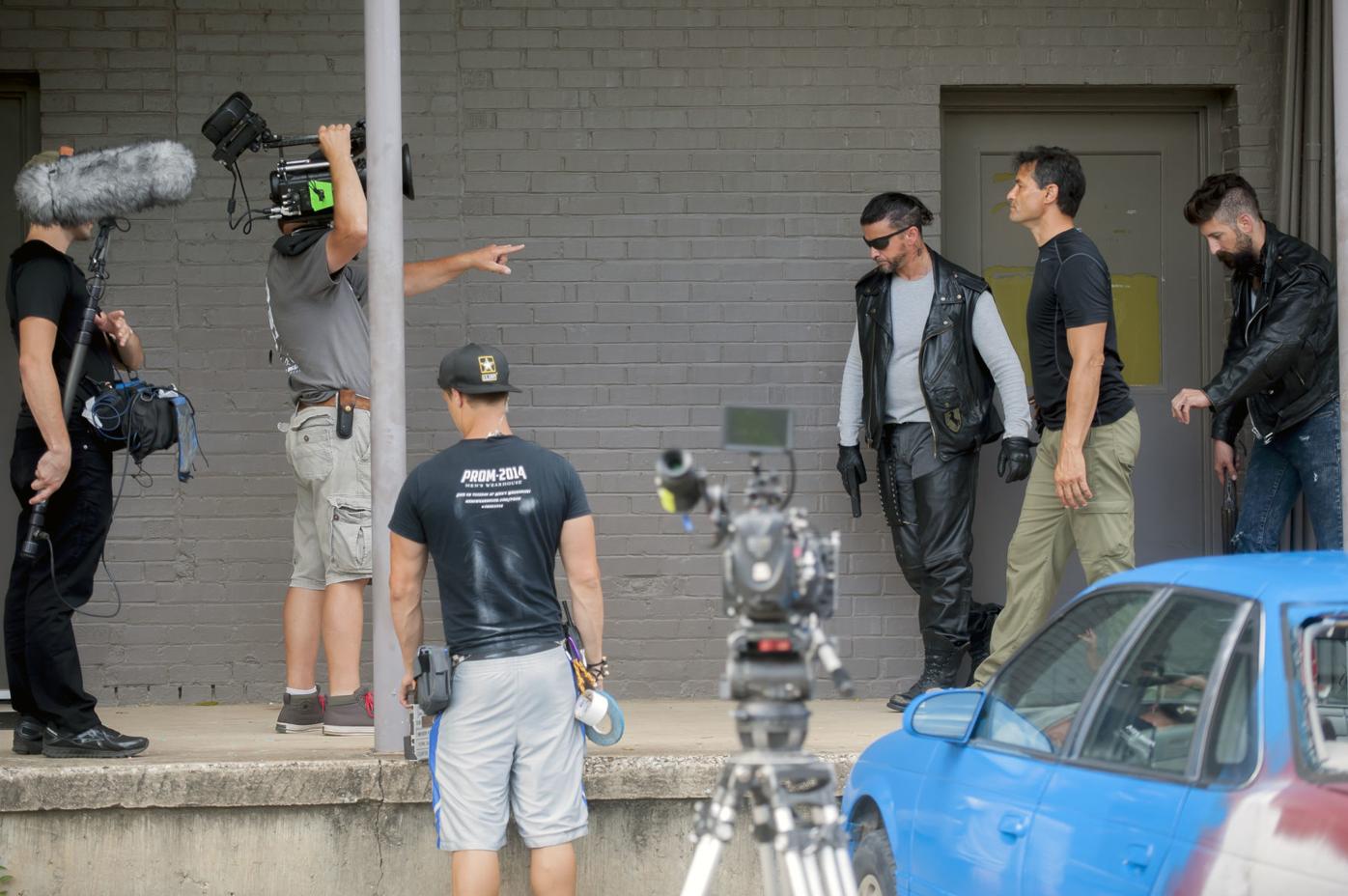 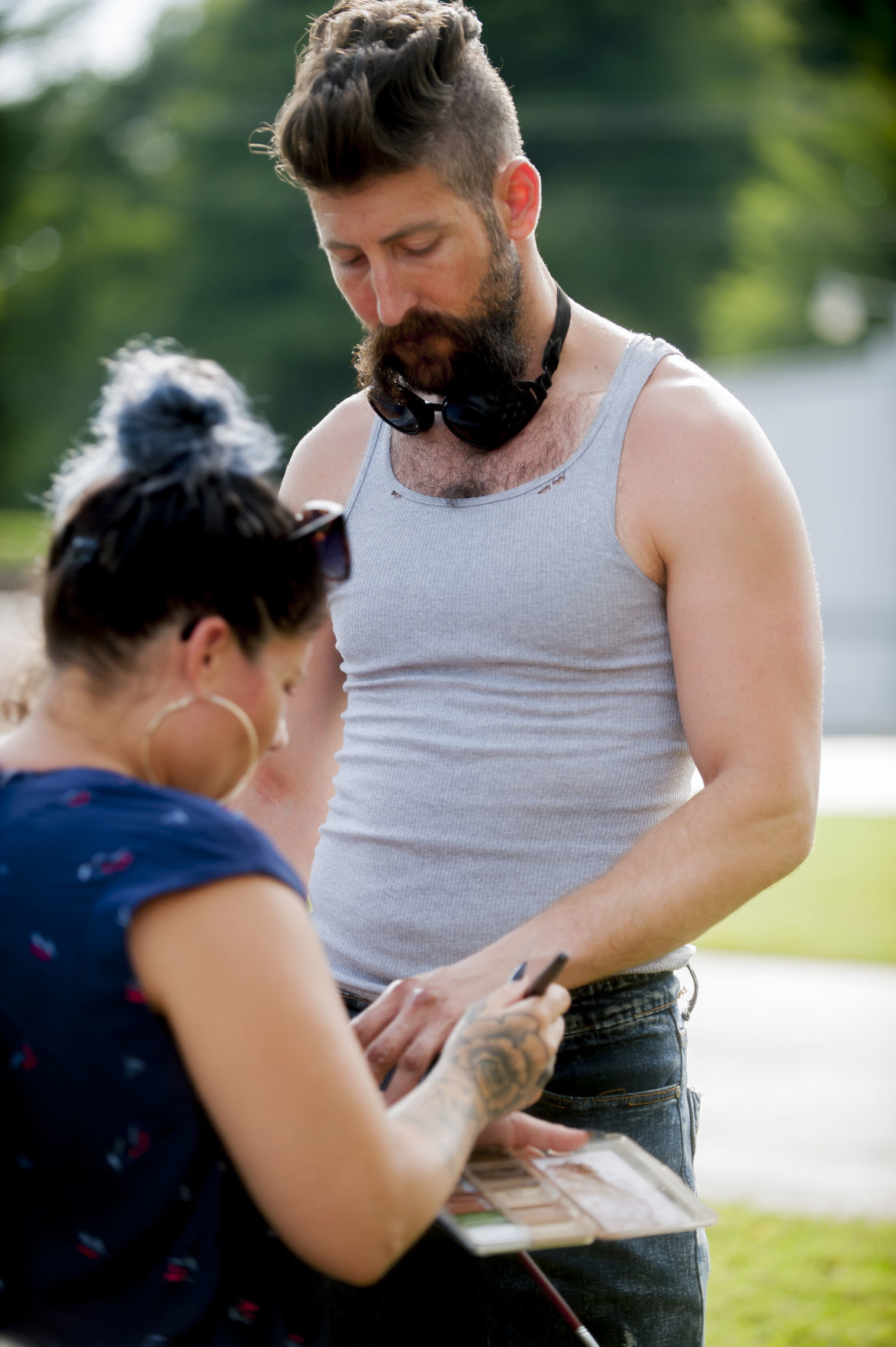 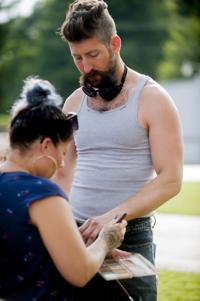 Actor Matt O’Sullivan (right) zooms by on a dirt bike Thursday during filming of the movie “Never Forgive” in Horse Cave.

HORSE CAVE – Several times in recent weeks, the sounds of gunfights and explosions could be heard throughout Horse Cave.

On Thursday, cast and crew wrapped principal photography on “Never Forgive,” a film that follows the story of a small-town marshal who must stop a bank robbery. The production brought in a number of professional filmmakers from Hollywood and put plenty of local people to work.

Perry Martin, an EMT responder who lives in Horse Cave, served as the on-set medic, tending mostly to occasional scrapes that actors and stunt people accrued during the staging of various fights and chases.

This is the first time Martin has been involved in a movie production and he relished the experience.

During his time on the set, Martin said he saw a truck get blown up, the doors of an armored car get blown open and numerous chases and fight scenes choreographed and filmed right in front of him.

Martin said he’s happy Hart County has gotten so much attention from filmmakers recently, because it brings outside money into the area and provides locals the chance to get jobs on set. “Never Forgive” is the sixth movie that’s been filmed in the Barren River area under the banner of the Southern Kentucky Film Commission, a group dedicated to bringing film productions to the area.

Principal photography began July 20 and included the filming of scenes on Main Street, and in and around C & J Cafe, Limestone Bank and Horse Cave Christian Church, according to Terani Richmond, an actor and stuntman who was also involved in scouting locations for the shoots.

“It’s been perfect for the stories we’ve been shooting,” he said.

On Thursday afternoon, stunt double Matt O’Sullivan – wearing the sleeveless leather jacket of his character, Diablo, the leader of the motorcycle gang – rode a dirt bike down Guthrie Street several times as the crew filmed a snippet from the movie’s final chase scene.

O’Sullivan said filming in Horse Cave has been like filming in any other place, except that the locals have been more welcoming.

“If there is any difference, it’s that the people are more gracious,” he said.

Hart County Judge-Executive Terry Martin said the movies that have been filmed in Hart County have had a large economic impact.

According to Martin, the “Never Forgive” production put $100,000 into the local economy with hotel stays alone, though he noted there is also the benefit of effectively advertising your area to anyone who watches the film.

“It’s been a big plus for our economy, for the notoriety you get for your area, being able to advertise your area,” he said. “You can’t buy that kind of advertising.”

As cast and crew prepared for a scene in which two bikers break into the back entrance of the bank, Matt Armstrong, who has interned on the set, said he has appreciated the opportunity to work on a local movie set.

Armstrong said he’s excited about all the film productions in the area, which have been the result of state tax incentives that refund up to 35 percent of all approved expenditures.

“It’s good for southern Kentucky, all of Kentucky, really,” he said. “It keeps people from having to travel for work.”

Armstrong, a registered nurse, said he’s been working on set, running errands, moving in and out of shots and directing traffic on his days off.

“I’m interested in doing more with the film community, but I don’t want to quit my job as an RN,” he said.