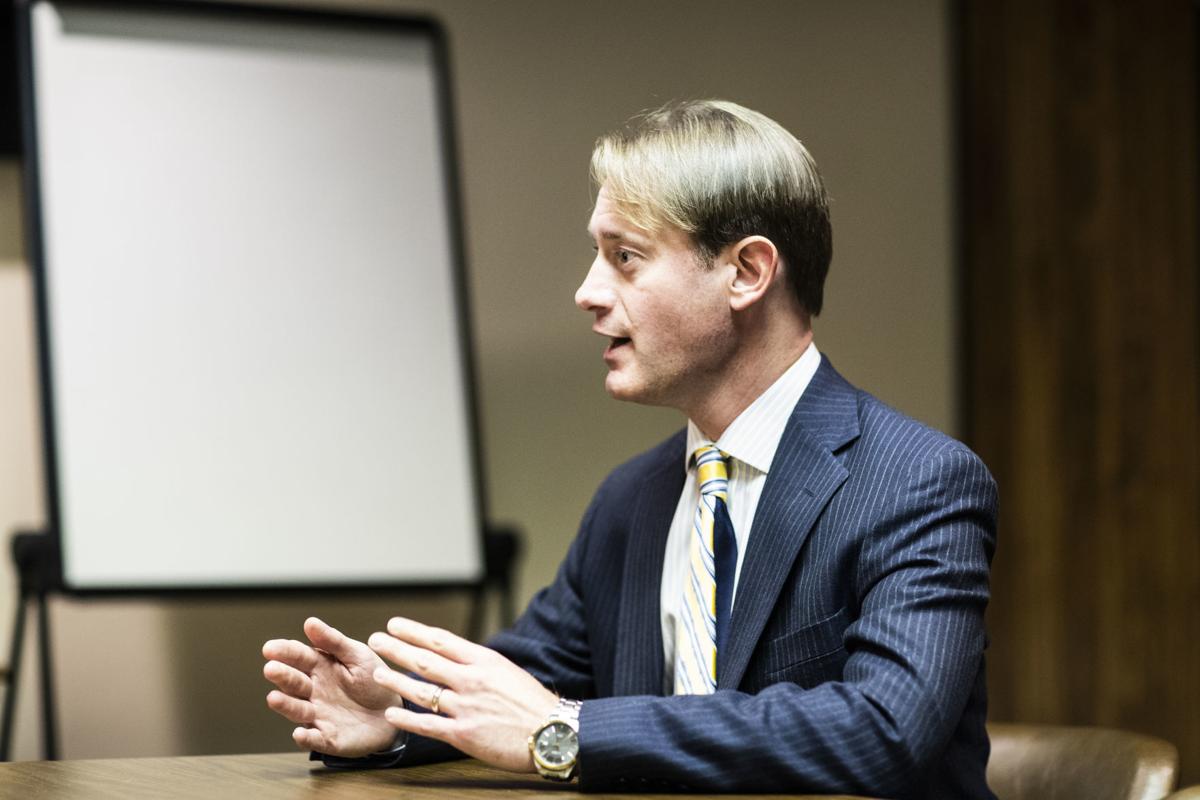 It has prompted lawsuits and more than a little grumbling from both sides of the political spectrum, but the new procedure for voting in Kentucky’s primary election has been well received locally, according to Warren County Clerk Lynette Yates.

The process for the election – which was delayed from May 19 to June 23 because of the coronavirus pandemic – encourages use of absentee ballots and limits in-person voting, something normally anathema to Republicans.

But Republican Secretary of State Michael Adams and Gov. Andy Beshear, a Democrat, agreed on a system in which the State Board of Elections mailed postcards to all registered voters, giving them instructions on how to get the absentee ballots that they are encouraged to mail to the county clerk.

“It’s unprecedented but necessary,” said Adams, who campaigned on a promise to clean up Kentucky’s voter rolls and make photo identification mandatory in order to cast a ballot.

“It wasn’t feasible to have a traditional election this time,” Adams said.

Adams pointed to the difficulty in finding people to staff the polling places and the need to continue the social distancing mandates put in place by Beshear.

“There were only 40 volunteers (to work the polls) in Jefferson County,” Adams said. “We had to contract the number of polling places and expand absentee voting.”

Implementing the revolutionary system fell to county clerks such as Yates, also a Republican. While it has created more work for her staff, Yates said the response has been good.

“We’ve sent out almost 16,000 absentee ballots,” Yates said Friday. “In the last primary election, the total vote in Warren County was less than 30,000, so we’re more than halfway there.”

Monday, June 15, is the final day to apply for an absentee ballot on the state’s GoVoteKY.com website. Yates said Warren County residents have until 11 p.m. CDT to request a ballot on that website.

She encourages voters to mail in their ballots, but they may also be dropped off at the courthouse. The county clerk’s office is also allowing absentee voting by appointment. Voters may make an appointment by calling 270-843-5303.

“This is not the way we’d like to do it, but we’re making it work,” said Yates, who pointed out that all ballots postmarked by June 23 will be counted and that official results of the primary election probably won’t be known until June 30.

The only other option is to vote in person at Phil Moore Park between 6 a.m. and 6 p.m. June 23, but Yates said that might not be an attractive option.

Yates said to expect long lines at the lone polling place, where the county clerk’s staff will have 10 voting stations set up inside the park’s gymnasium.

“Everyone will need to observe social distancing, and we will have to wipe down the voting stations after every voter,” Yates said.

Still, some residents are determined to cast their votes the old-fashioned way.

Alvaton resident Harry Eich is among those strongly opposed to mail-in voting.

“I’m not a fan and find it completely unnecessary,” Eich said in an email. “There are too many potential problems with voting by mail, and it will never be completely trusted.”

Adams has heard from those opposed to mail-in voting, but he said the safeguards put in place for the primary election make it as safe as possible.

“We’re not doing what they have done on the west coast, where they mail you a ballot whether you want one or not,” he said.

Adams believes the state has put together the safest voting system possible under the circumstances, and one local Democratic state legislator agreed.

Acceptance of the system by Kentuckians is evident in a poll of 600 registered Kentucky voters conducted by the Public Opinion Strategies research firm.

That survey showed that two-thirds of those asked agree with allowing all registered voters to request an absentee ballot.

The survey even showed support for continuing the mail-in voting in November’s general election, but Adams isn’t ready to commit to that.

“This is limited to the primary,” Adams said of the mail-in voting. “The state legislature gave us permission to do this in the future, but it’s hard to project what November will look like.”

Adams doubts that the general election will be conducted like the primary simply because it’s so costly. He said the expanded absentee voting for the primary is possible only because of state and federal grants.

Voters like Eich will be happy to see mail-in voting go away.

“Why would we want to inject more uncertainty in the voting process by voting by mail?” Eich asked. “This should be a one-time event. Under no circumstances should this ever happen again.”

Kentuckians for the Commonwealth, a nonprofit organization, and some local churches have come up with a plan to help Warren County residents g…