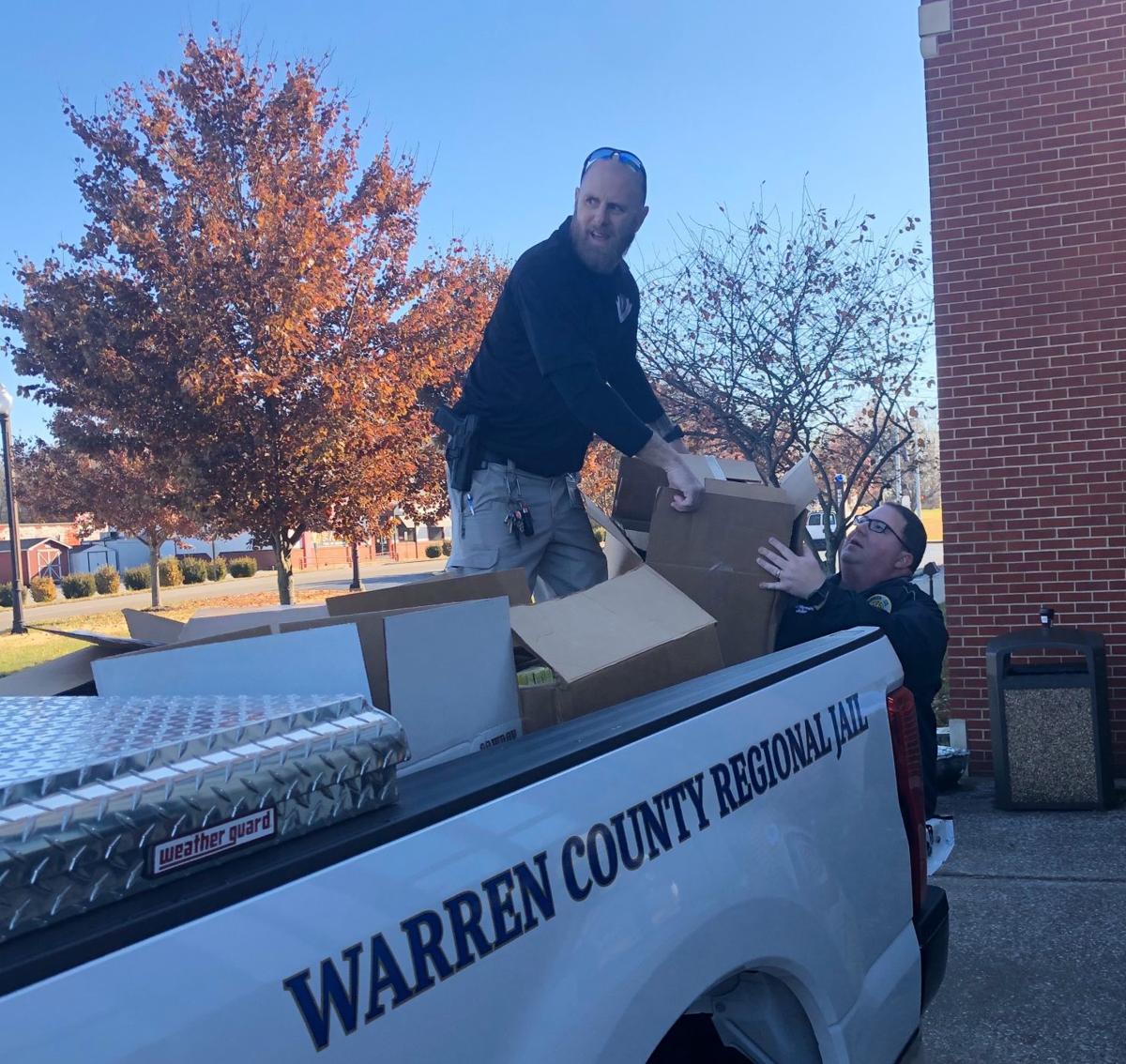 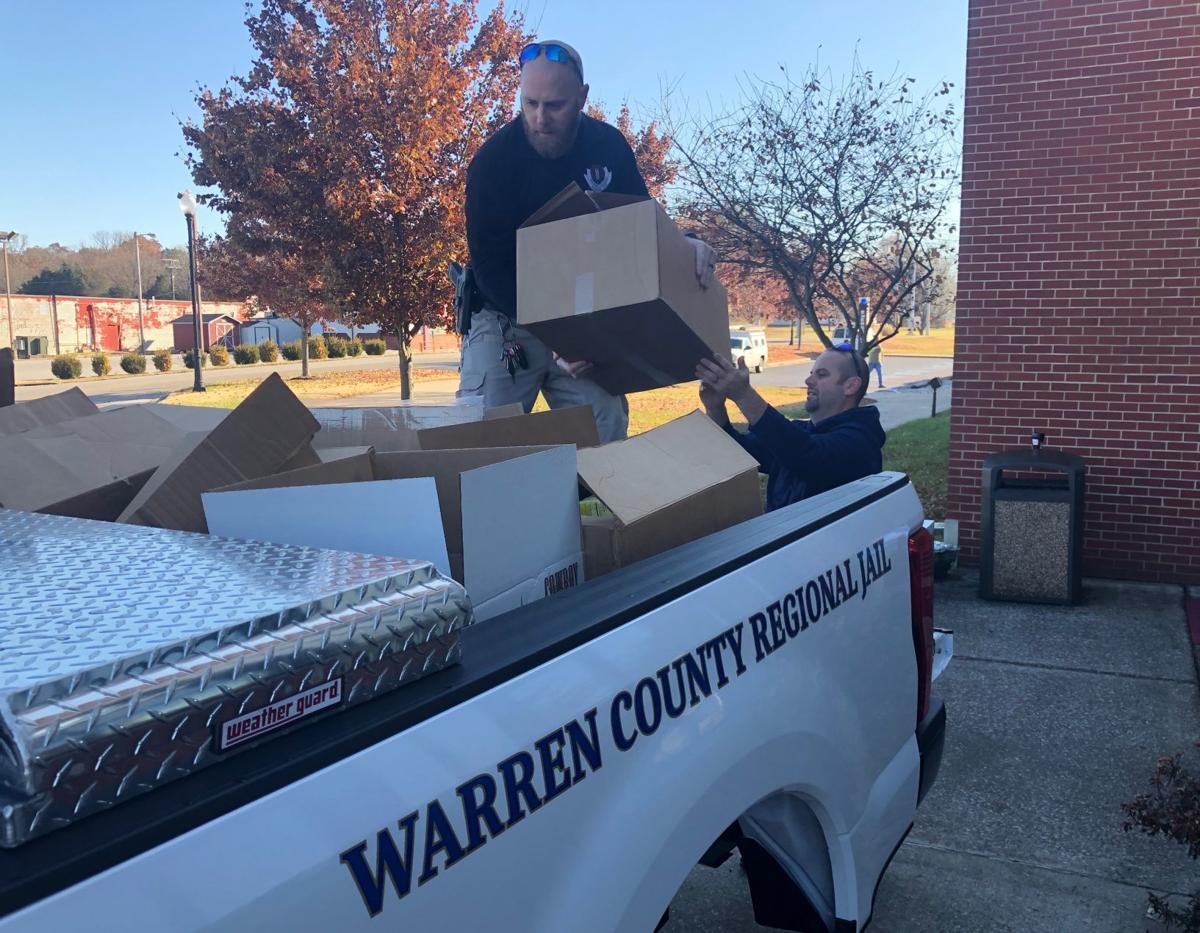 After months of preparation, organizations led by the Bowling Green chapter of the Kentucky State Fraternal Order of Police packed boxes with milk, bananas, cooked turkey, eggs and enough groceries Monday to last about two weeks for needy people and families in the community.

Many of those to be served are disabled or elderly residents who are caring for young grandchildren and struggling with the decision to buy groceries or medicine, according to Ken Meredith, a longtime member of the Bowling Green FOP that has been volunteering with the charitable event since its inception 40 years ago.

“It’s the best part of my holidays,” Meredith said.

Meredith met other volunteers at Meijer early Monday morning to pick up perishables.

The planning process starts much earlier, however. Police officers, the Housing Authority of Bowling Green, the local American Legion post and others help identify families or people in need. As early as January, they report to Russell McElroy, the state trustee for the Bowling Green FOP and the director of the annual program.

“We get calls all the time from people saying they have nothing to feed their family,” McElroy said. “There’s a lot of families that aren’t going to go hungry this Thanksgiving.”

The program started with a handful of caring citizens wanting to feed a few families during Christmas. They took the idea to the FOP, and it eventually expanded to supplying nearly 200 families between Thanksgiving and Christmas, according to Meredith.

Since the Bowling Green FOP sold its lodge to the National Corvette Museum earlier this year, the distribution occurred out of Knicely Conference Center.

“It’s a communitywide effort,” Meredith said, and “we’re sustaining it year after year.”

“It’s the best medicine for the heart,” Perry said.