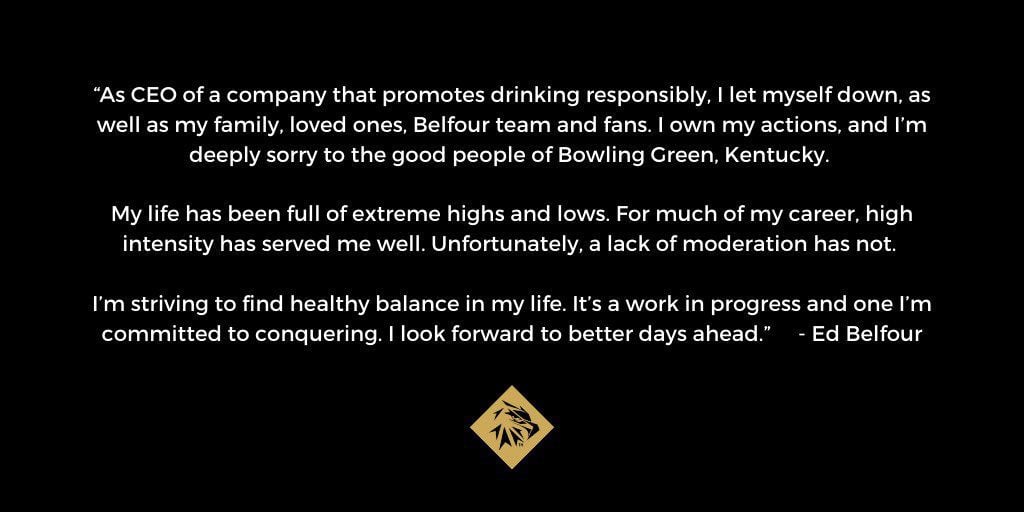 This image, taken from the Belfour Spirits account on Twitter, shows a statement issued Wednesday by the company's president and CEO, Ed Belfour, who was arrested Tuesday in Bowling Green. 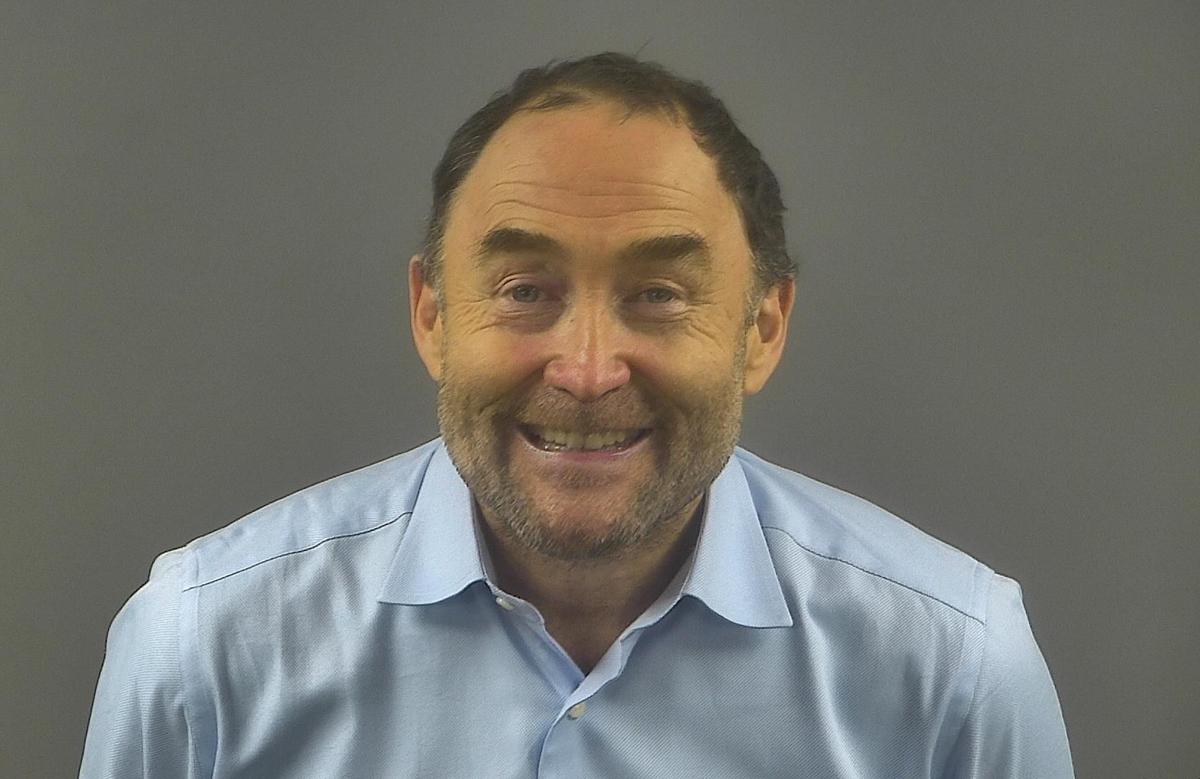 Former National Hockey League star goaltender Ed Belfour apologized Wednesday following his arrest this week at a downtown Bowling Green hotel, where police said he caused damage to the property and was “manifestly under the influence of alcohol to a point he was a danger to himself and others.”

Belfour, 54, of McKinney, Texas, was arrested just before 1:30 a.m. Tuesday by Bowling Green police at the Kentucky Grand Hotel and Spa, 635 College St., on charges of third-degree criminal mischief and alcohol intoxication in a public place, according to an arrest citation. He was booked into the Warren County Regional Jail just before 3 a.m. Tuesday and was released about seven hours later, according to the jail’s website.

Belfour responded to the arrest, which drew national attention, by issuing a statement via Belfour Spirits, the Texas-based whiskey company where he serves as president and CEO.

“As CEO of a company that promotes drinking responsibly, I let myself down, as well as my family, loved ones, Belfour team and fans,” Belfour wrote in a statement issued through the company’s Twitter account, @belfour_spirits.

“I own my actions, and I’m deeply sorry to the good people of Bowling Green, Kentucky. ... I’m striving to find healthy balance in my life. It’s a work in progress and one I’m committed to conquering. I look forward to better days ahead.”

Bowling Green Police Department officers, who were responding to a complaint of a drunk and disorderly subject, found the man later identified as Belfour laying on the floor on the hotel’s second level Tuesday morning, “clutching a curtain rod that had been ripped out of the dry wall above a window next to him. The subject was kicking the spa door while he was laying on the ground,” the citation reads. Belfour had “slow slurred speech, bloodshot eyes, he could barely stand up, and he had the strong odor of alcohol on his breath.”

Belfour was not compliant with officers as they tried to handcuff him, according to the citation.

Locked inside the spa room was the initial caller, who told police Belfour had been drinking downstairs, where he tried to fight another hotel employee and struck a glass window in anger before moving upstairs and trying to force his way into the spa room, according to the report.

The complainant was unable to immediately provide an estimated cost for the damage to the building, according to the citation.

Belfour, a member of the Hockey Hall of Fame, is widely considered one of the best goaltenders in NHL history. He is fourth all time in wins among NHL goalies and won a Stanley Cup in 1999 with the Dallas Stars and an Olympic gold medal in 2002 as a member of the Canadian national team. His NHL career also included stints with the Chicago Blackhawks, San Jose Sharks, Toronto Maple Leafs and Florida Panthers.

He is popularly known as “Eddie the Eagle” due to his preference for wearing goalie masks emblazoned with images of eagles.