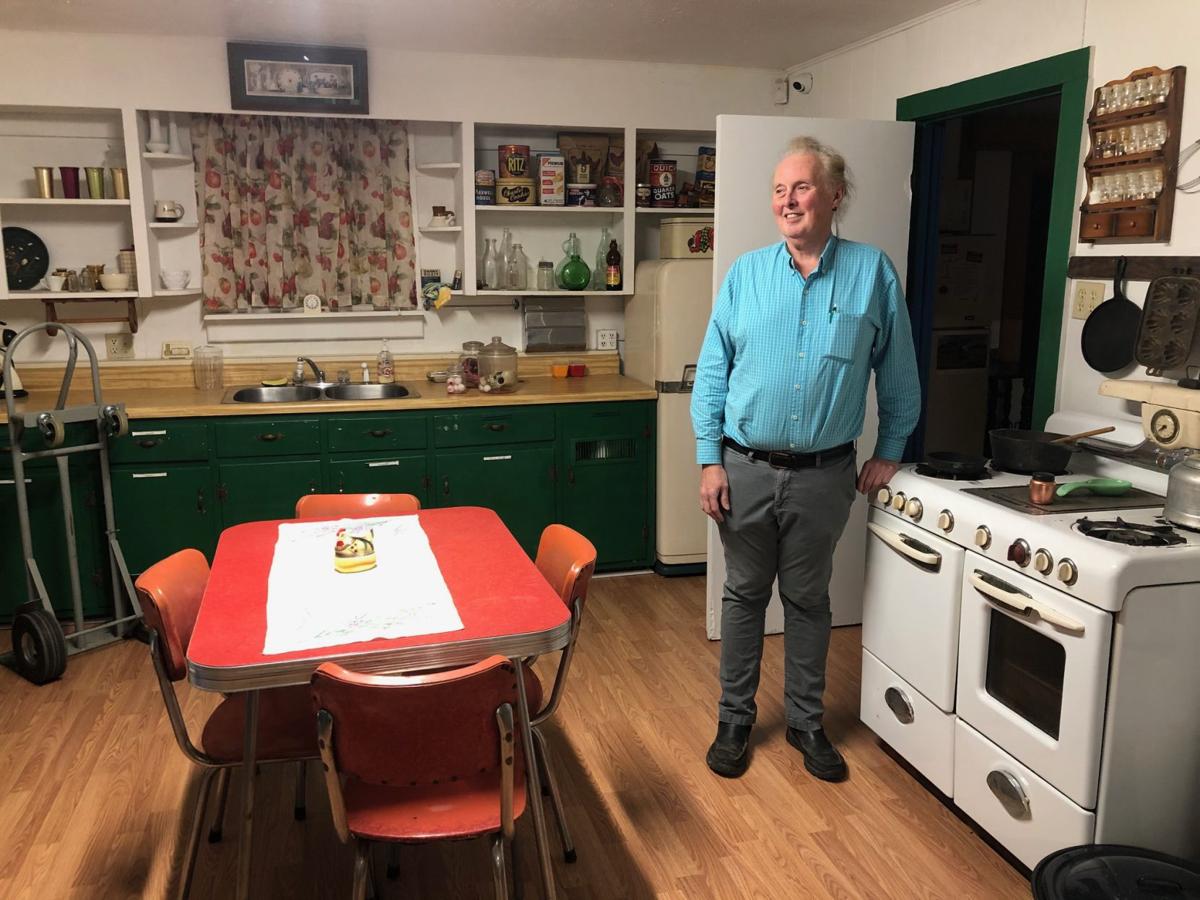 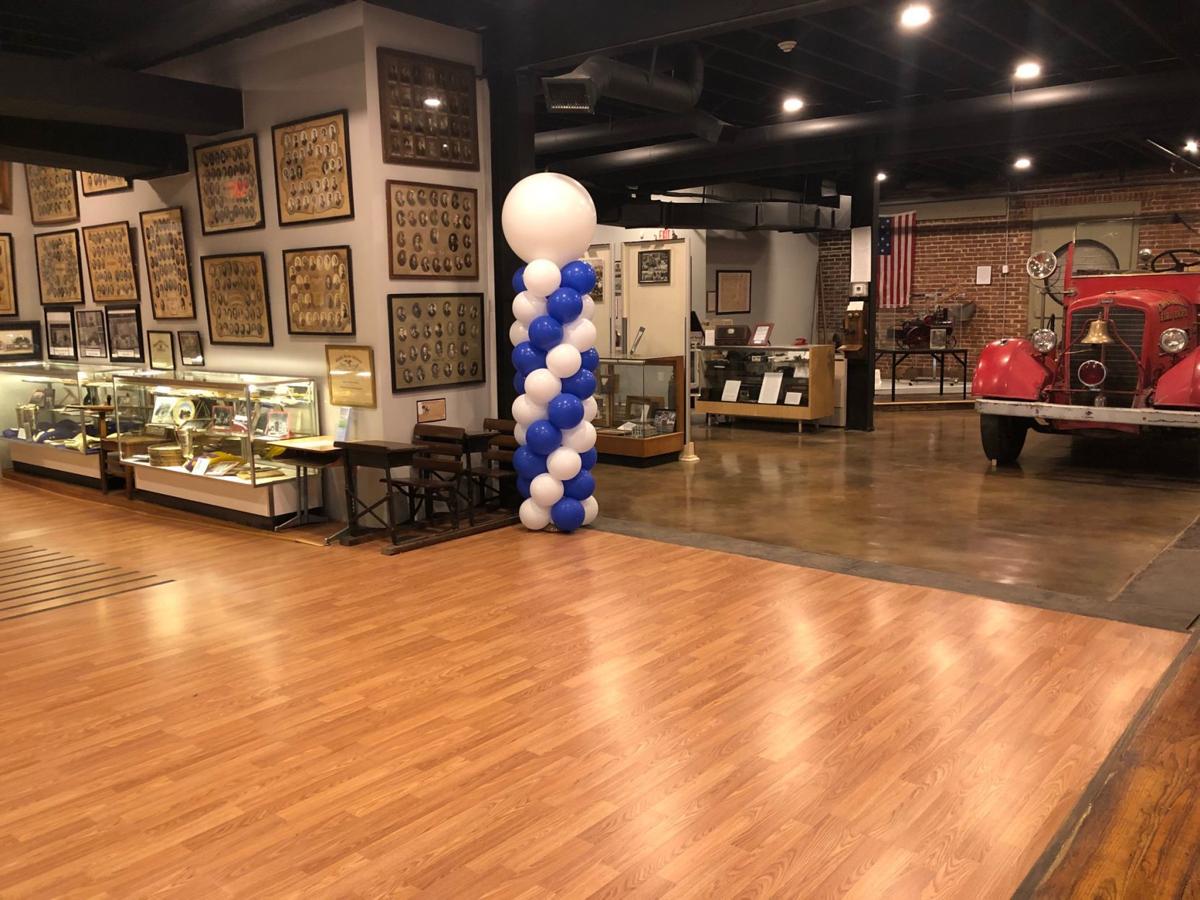 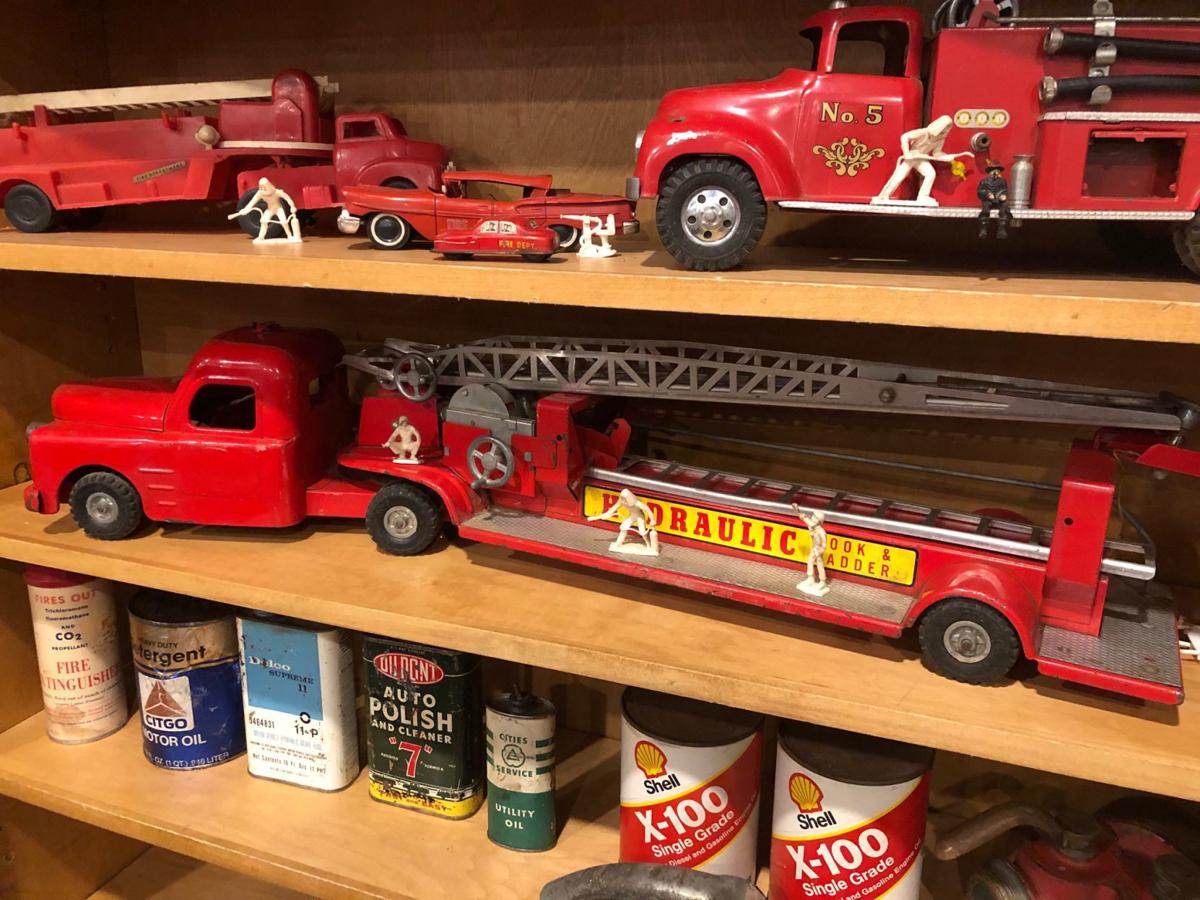 FRANKLIN – From toy firetrucks and 150-year-old horse liniment to a 1931 Franklin-Simpson High School class portrait, the newly reopened Simpson County Archives and Museum is a potpourri of local artifacts.

There’s an old projector from the Franklin Drive-In, hand-stitched frocks, a 1930s fire engine and stained glass crafted by Max Doty of Gallery on the Square. There’s a flag with 15 stars and 15 stripes – Kentucky was the 15th state to join the Union – and there’s an operational 1,200-pound capacity elevator that once lifted Ford Model Ts.

“It’s unusual, a one-of-a-kind for the state,” said James Henry Snider, president of the Simpson County Historical Society, which launched the effort to expand its museum about 10 years ago.

The museum formerly resided across the street in the old jailhouse and former jailer’s residence, which now displays Civil War memorabilia, an ornate square piano and a vintage-modeled kitchen.

In June, the historical society officially picked up the keys to the space across the street – 10,000 square feet at 207 N. College St., which once housed a Ford-focused garage, a sewing factory and even dog shows. It required significant renovations. Eric Vaughn, the Simpson County jailer, helped oversee some of the building work, which was largely carried out by inmates at the Simpson County Detention Center.

“You name it, they did about all of it,” Vaughn said.

In the past decade, the detention center has been involved in countless community projects, which generally provide a multitude of benefits for the residents while saving the city and county potentially millions of dollars, according to Vaughn.

Vaughn thinks the museum was especially rewarding for the inmates to be a part of, and he’s confident the community will appreciate the facility.

“It is just years and years and years of our history,” Vaughn said. “It’s a very heartfelt tribute to our community,” which he described as an 18,000-member family that takes care of one another.

Essentially, the museum is a room full of donations from local individuals, companies and the charitable gaming industry. Many older folks have antiques or memorabilia that they don’t want to throw away – and that their children don’t want – so they seek out the historical society.

“Almost every day someone is coming in asking if they can drop off stuff,” Snider said. The amount of donations will easily allow the museum to store about a third of its belongings in storage for rotating exhibits.

Several pieces, including the collection of shiny toy firetrucks, belonged to Snider. “I’m not a hoarder, I’m just a saver,” he insisted.

The Simpson County Historical Society serves as a one-stop shop for the community’s investigative needs. In addition to the knickknacks, the museum holds local history books, newspaper microfilm, computers with access to the websites ancestry.com and newspapers.com and a meeting space. When folks need help researching heritage or local history, the city sends them to the society, whose members gladly assist.

So far, Snider feels the museum has been successful. Just in this past year, people from 41 states and eight countries visited the archival site.

“I don’t know how they find Franklin,” Snider said.