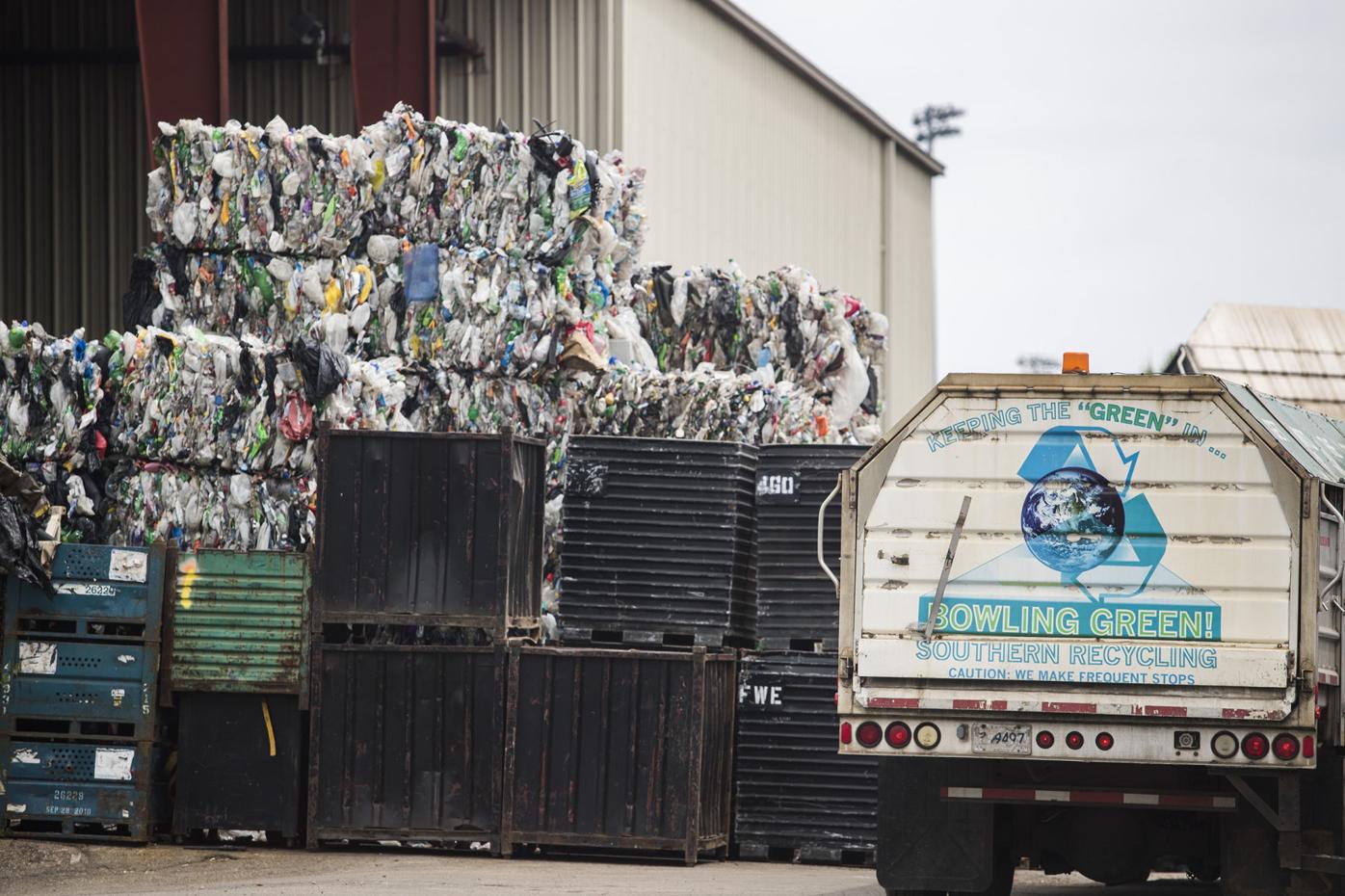 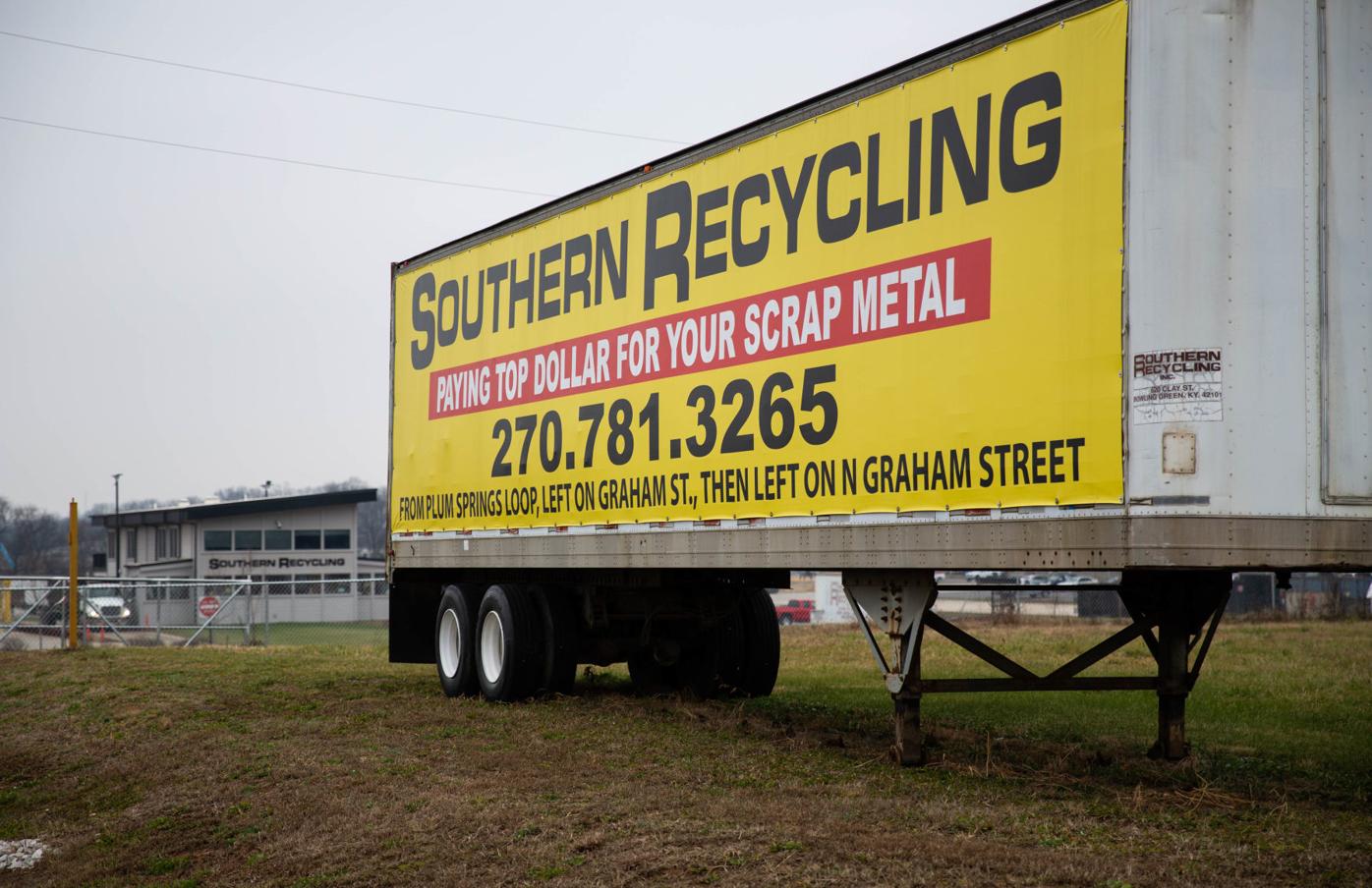 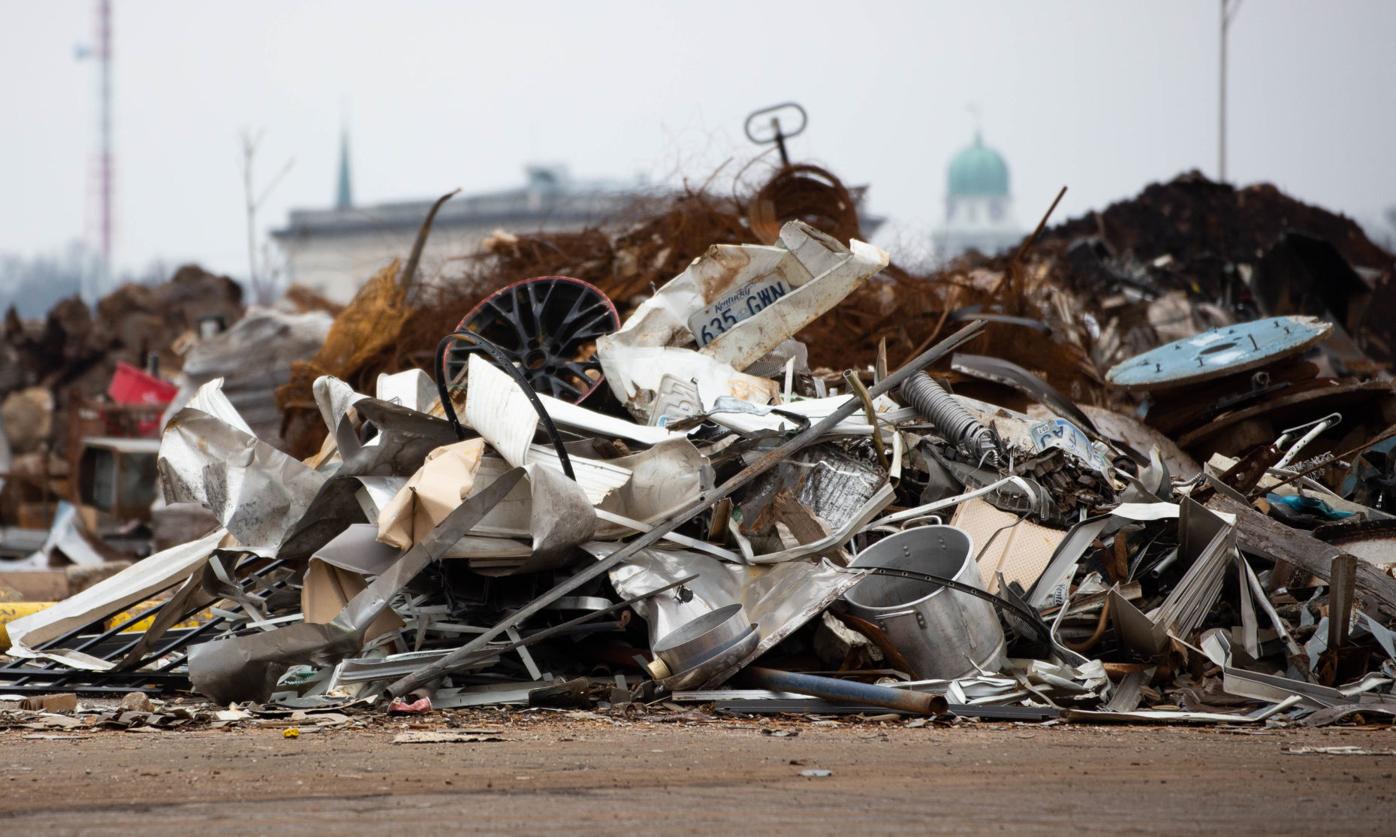 Materials sit in the Southern Recycling lot on Clay Street in Bowling Green in December.

Materials sit in the Southern Recycling lot on Clay Street in Bowling Green in December.

Curbside recycling in Warren County, including in Bowling Green, faces an uncertain future as Southern Recycling is looking to perhaps stop providing the money-losing service.

Warren County Judge-Executive Mike Buchanon told the Daily News on Wednesday that the county is actively “looking for alternatives.”

Southern Recycling has the curbside recycling service contract through next fiscal year that ends June 30, but it is looking to make changes sooner. The issue is that the company can only make money on curbside recycling by selling the materials it gathers. About seven years ago, China stopped accepting many recycled materials and the global market for such materials has tanked as a result.

“It’s gotten to the point that it costs more to process” the materials than is recouped by selling them, Southern Recycling President Rob Rutherford said. He said the company is losing $25,000 to $50,000 a month on the curbside service, with no end in sight.

Customers in Warren County pay $2.65 a month for the service through their utility bills.

To fully fund the service, customers would likely have to pay $12 to $18 a month, and “that would be a lot more than the average citizen would want to pay,” Buchanon said. “It’s a little more complicated than most people would think.”

“A lot of our customers here are on a fixed income,” Rutherford said, meaning that such a dramatic jump in cost would probably result in a dramatic decrease in customers.

A complicating issue is that in Warren County, materials are sorted curbside, as has been done for two decades. A more efficient method is to gather all recycled materials in larger rolling bins and then go through magnetic separation and sorting at a facility. That, however, would mean a roughly $10 million equipment investment, the cost of which would be hard to recoup given the current conditions, Rutherford said.

Buchanon said the county is interested in continuing to provide the pickup service, but “it doesn’t make sense” to offer recycling if the materials gathered wind up in a landfill anyway.

Buchanon and Rutherford said use of the service by customers has also declined for unknown reasons in recent years.

There is currently about a 40 percent curbside recycling program participation rate across the county, Rutherford said. In 2017, participation was about 42 percent.

“Recycling is important to a great many people, but not so much for others,” Buchanon said.

Still, “we’d hate to give up what has been considered a model program in Kentucky,” he said.

“Hopefully we will have a clearer path soon. We don’t have a firm plan as such, (but) we are looking at all the options first,” Buchanon said.

The curbside recycling program was established in Bowling Green in 1995 and expanded in 2000 through most of the county.

...And you idiots stay idiots.

Here is a clear path for you. Shut it down.

If anyone is that devoted to recycling let them haul it to the recycler themselves. I for one do not want to pay for this "service" and never did. This is nothing but a blatant attempt to make money for a private company by forcing taxpayers to subsidize it so it is profitable. Now it's not and I could care less. I'm glad they are now losing money and I hope they lose more money than they ever made. Shut it down!