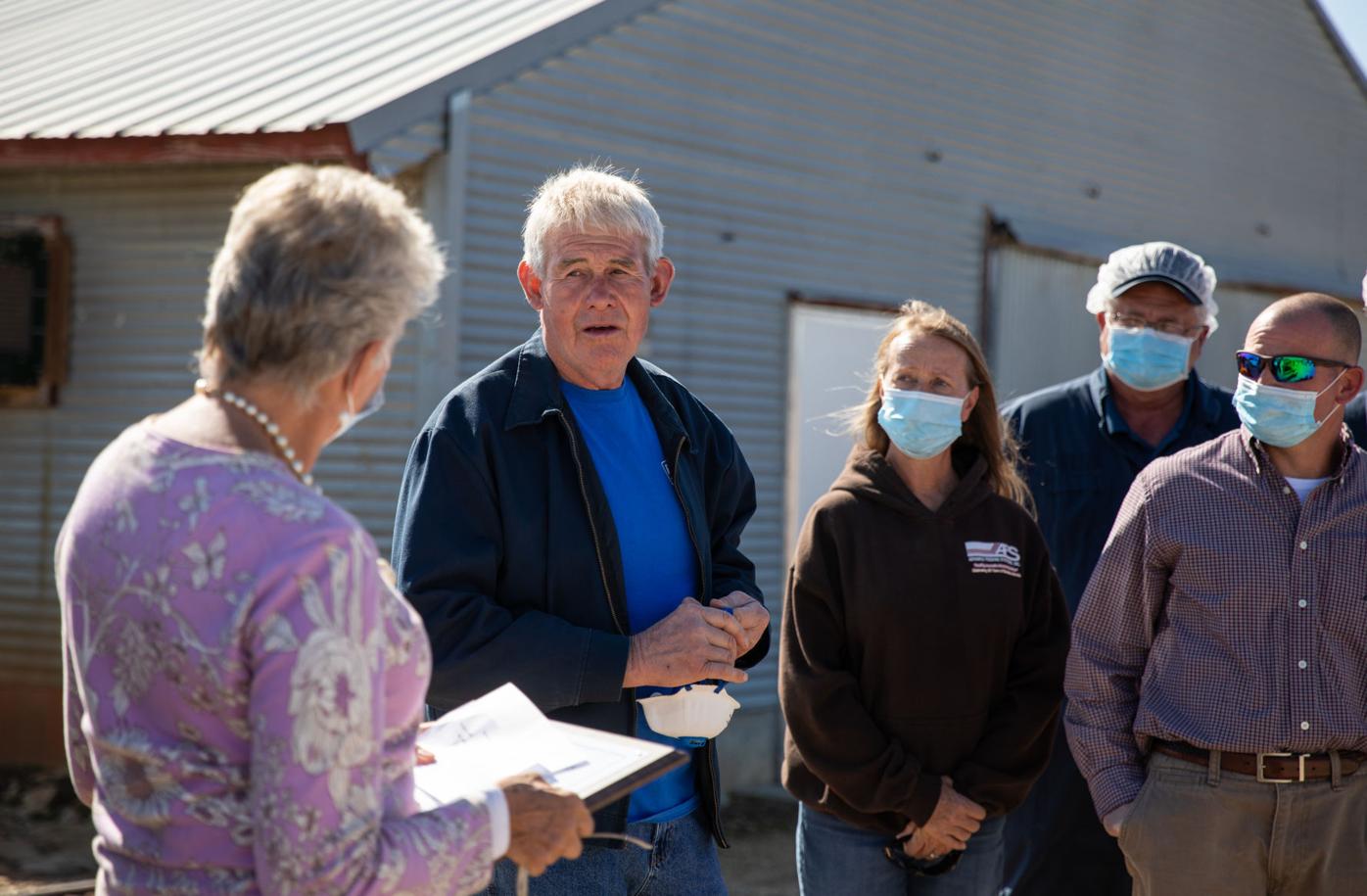 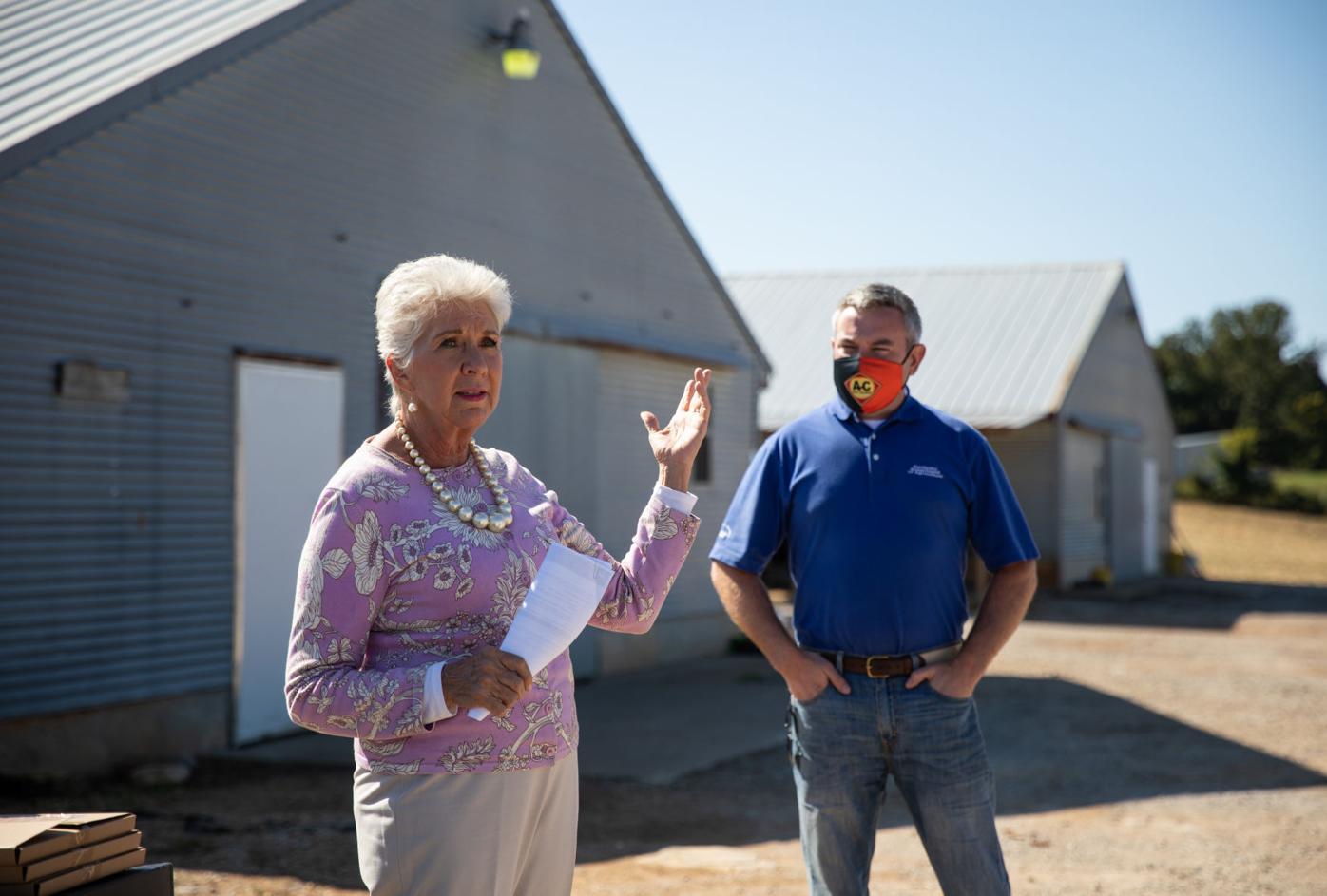 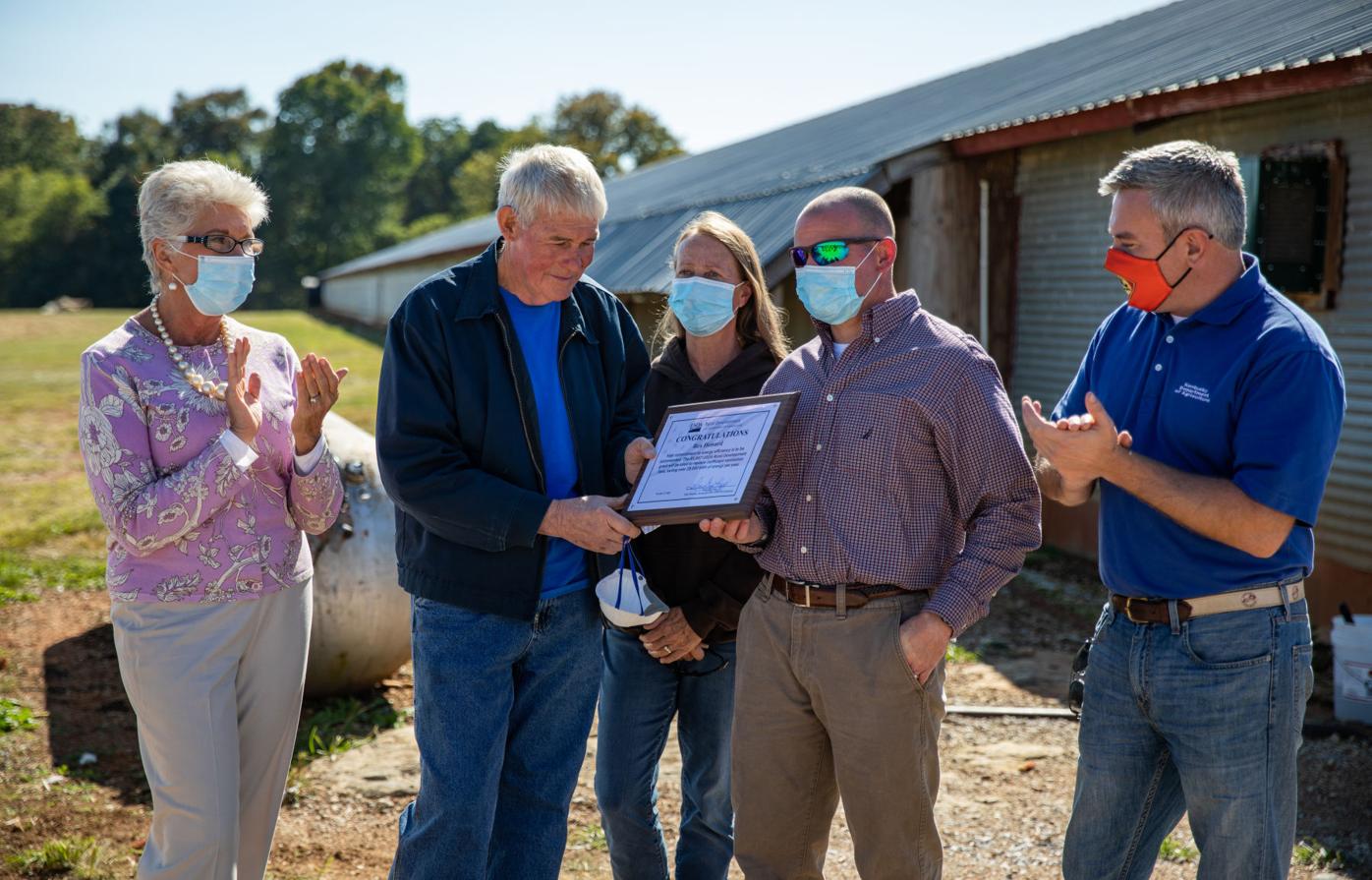 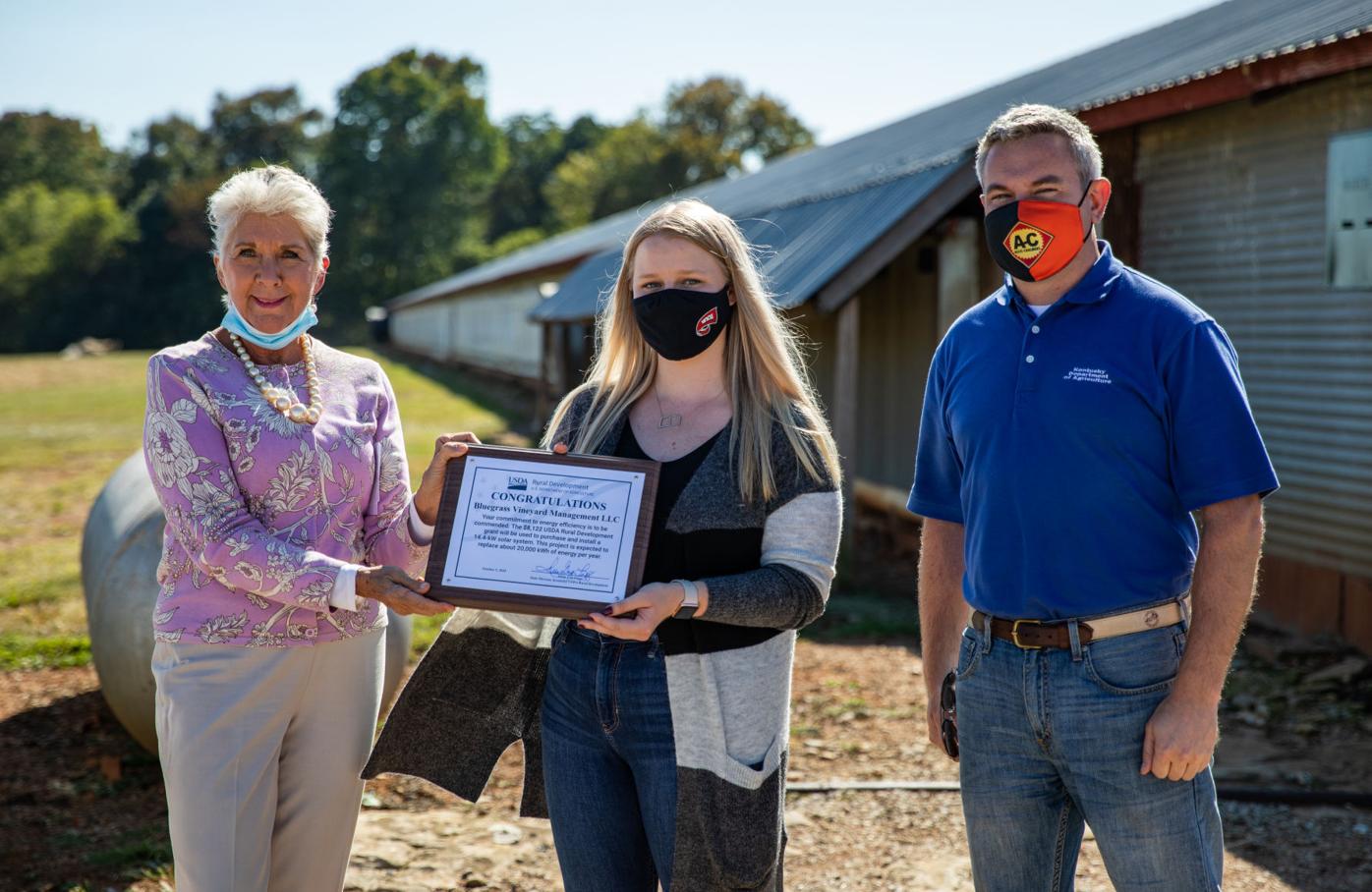 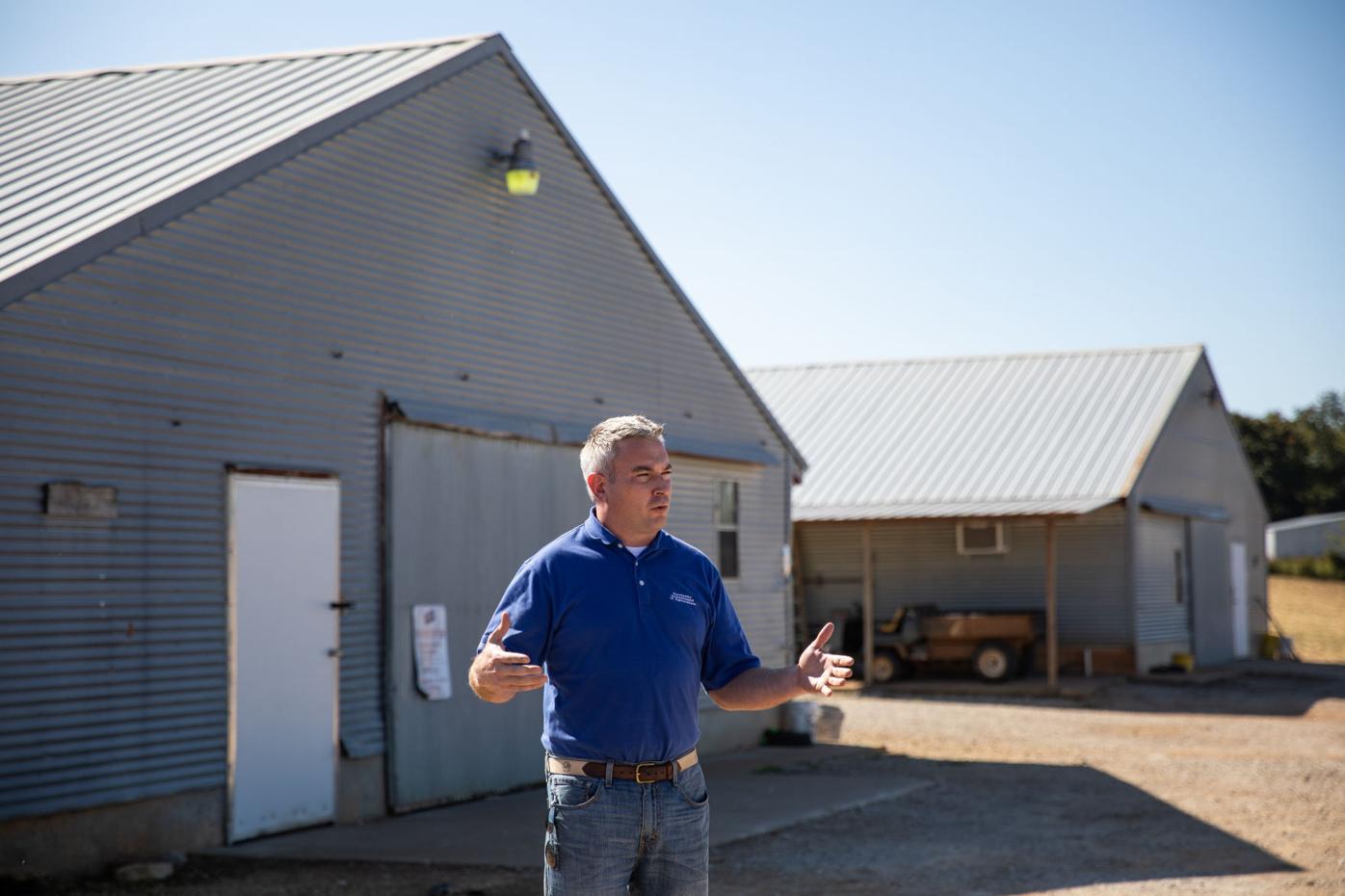 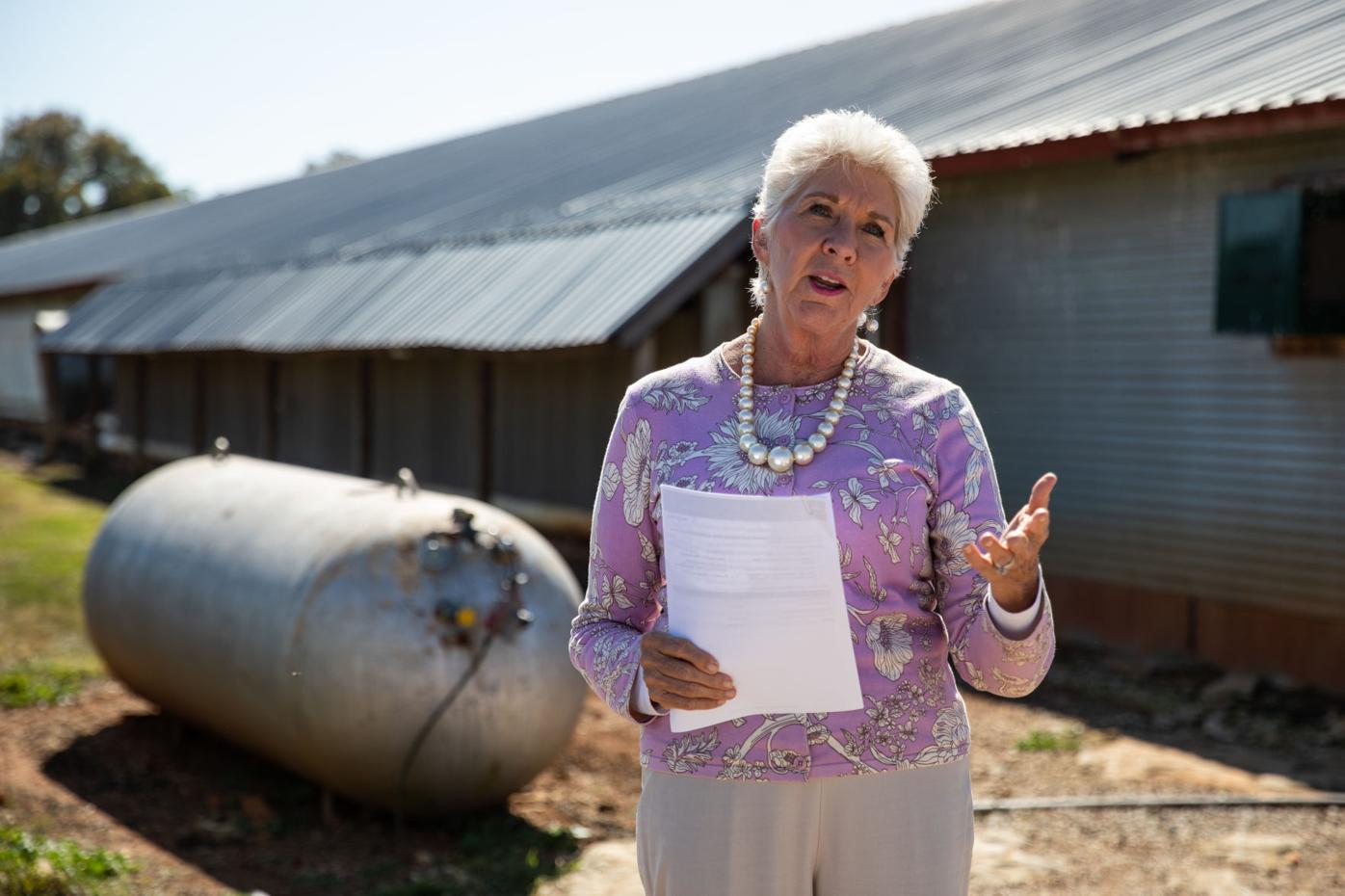 Being green is helping some local farmers earn more green at a time when traditional routes to profitability in agriculture are leaving many livestock and crop producers seeing red.

Both said the energy efficiencies promoted by the REAP grants are powerful tools to help overcome a prolonged slump in commodity prices.

With corn prices hovering near $3.80 a bushel just a few years removed from $8-per-bushel prices and soybeans not faring much better, farmers need all the efficiencies they can find.

“Controlling your inputs is vital at a time when prices are depressed,” said Quarles, who appeared with Legg at the Howard Poultry Farm off Porter Pike. “When you can save $400 a month in energy costs, you can capture some profit and invest that back into your business.”

Quarles was quoting the savings figure cited by Howard Poultry Farm co-owner Rex Howard on a 2018 grant that allowed him to install LED lighting in his two broiler breeder barns that house about 25,000 chickens.

Better, more efficient lighting has led to that savings for a business that sells poultry to Perdue Farms, and it has Howard looking for more energy savings.

He thinks he has found it in a project to replace inefficient ventilation fans in his breeder barns. A REAP grant is paying $5,857 of the $23,428 total cost, an investment that Howard said will pay off to the tune of more than $3,000 in energy savings annually.

That grant was one of three in Warren County totaling $18,156 that Legg announced Monday. She said they are the latest in a total of $437,000 in REAP grants that USDA has funded in Kentucky over the past four years.

A USDA news release said the solar panels at Bluegrass Vineyard, which were installed in August, will generate $2,340.11 worth of electricity per year. Those at Edgehill Farms are expected to produce $1,526 worth of energy per year.

Legg said a number of Warren County agricultural producers and rural small businesses like Jackson’s Orchard and Chaney’s Dairy Barn have benefited from the REAP program that was started in 2008.

“Lowering energy costs means rural businesses have more capital to invest in jobs and growth,” Legg said. “These are the kinds of investments that have long-term benefits.”

More information about the USDA Rural Development program and the REAP grants can be found at the rd.usda.gov website.