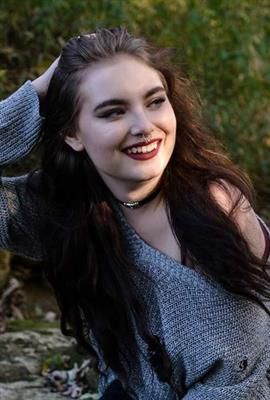 A man tied to the fatal overdose in 2018 of a Bowling Green woman pleaded guilty Tuesday in federal court to two drug trafficking charges.

Damone Bell, 23, of Louisville, pleaded guilty to a count of distributing a controlled substance and possessing a mixture of heroin and fentanyl with the intent to distribute.

Bell was to face a jury trial next week in U.S. District Court on allegations that he sold about a half gram of fentanyl-laced heroin that led to the overdose death of Kaitlin McKinney, 23, on July 30, 2018.

Had he been found to have directly caused McKinney’s death, Bell could have faced a life sentence.

Bell was taken into custody at the end of the hearing.

Bell met with McKinney and Logan Cesler at Huck’s on Morgantown Road, and Bell arranged a heroin sale with Cesler for $60, with the two exchanging phone numbers, according to federal court records.

The friend took them to a location on the U.S. 31-W By-Pass, and Cesler and McKinney prepared and ingested the heroin while the friend was away from the car.

Lawless said the friend found McKinney and Cesler passed out in the car when he returned and was able to rouse Cesler. The group traveled to a Park Street location where Cesler administered Narcan – a medication that counters the effects of a heroin overdose – to McKinney.

Cesler called 911 after being unable to revive McKinney, and she was pronounced dead at The Medical Center.

Lawless said a medical examiner’s report found that McKinney had died from fentanyl intoxication, with an amount of the synthetic opioid in her system above therapeutic levels.

Law enforcement obtained surveillance footage from outside Huck’s that showed the drug transaction, and Cesler confirmed Bell’s identity to investigators after selecting his picture from a photo lineup, court records show.

Cesler agreed to contact Bell on his cellphone to arrange another heroin purchase for $110 on July 31, 2018, and provided an area for them to meet.

Bell was stopped on that date by Kentucky State Police on Russellville Road.

Troopers detected an odor of marijuana coming from Bell’s vehicle, and a subsequent search turned up two small bags of what was later confirmed as heroin.

During a police interview, Bell acknowledged that he met two men and a woman at Huck’s the previous day and sold them heroin for $60.

Stivers set Bell’s sentencing for June 9 and told Lawless to prepare arguments regarding sentencing in this case compared to another recent case involving a fatal overdose.

“I would like to hear about the comparison and contrast between this case and Damir Zlatovic,” Stivers said, referencing a Bowling Green man who pleaded guilty in federal court to distributing oxymorphone and possession of firearms while an unlawful user of a controlled substance.

Zlatovic was charged following the 2017 death of Kiloisha Holley, who had taken an Opana pill sold by Zlatovic.