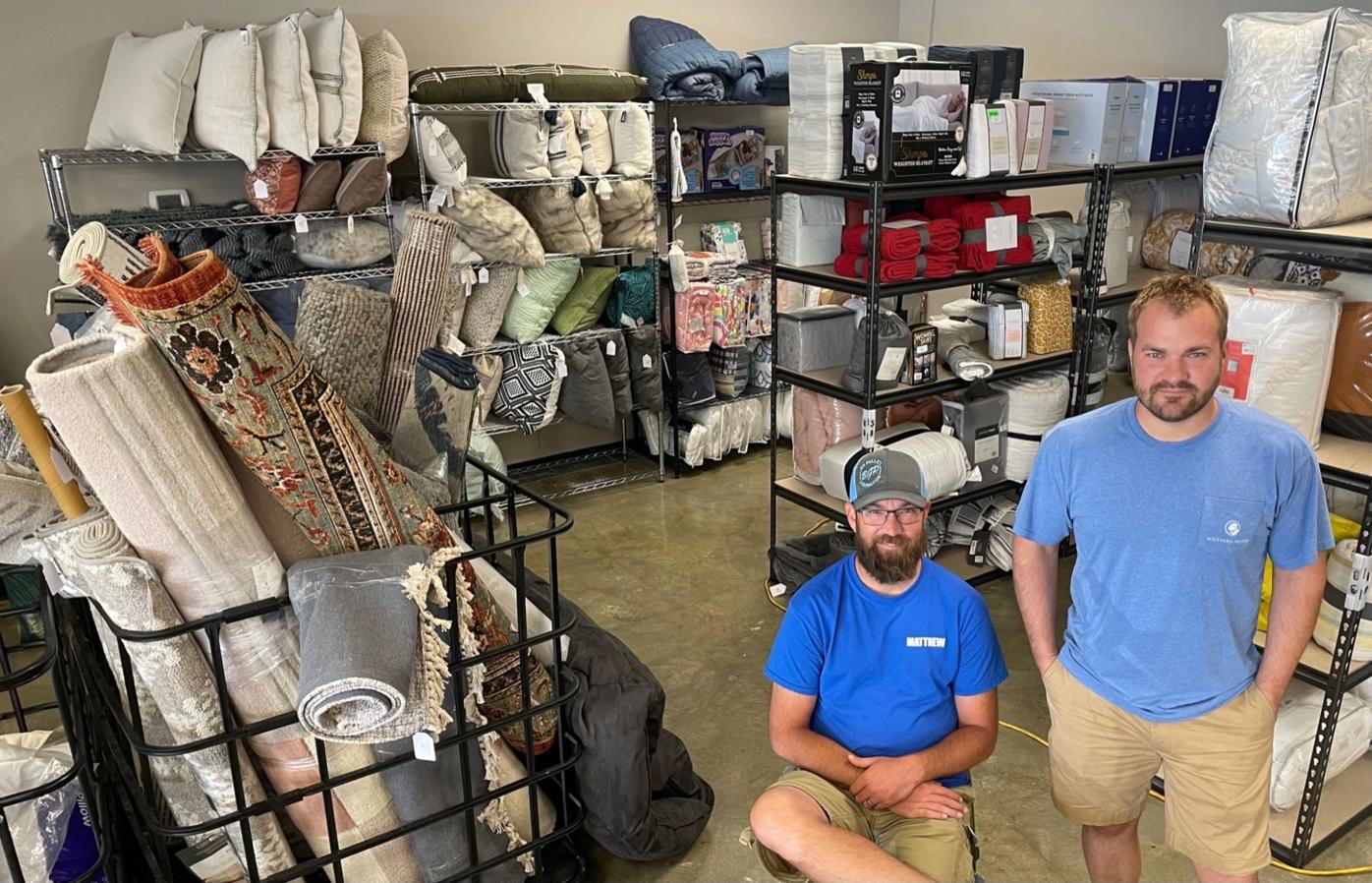 Business partners Matthew Mudd (seated) and Chris Robertson have started the Half Off Retail store at 637 U.S. 31-W Bypass, the former site of Container World. 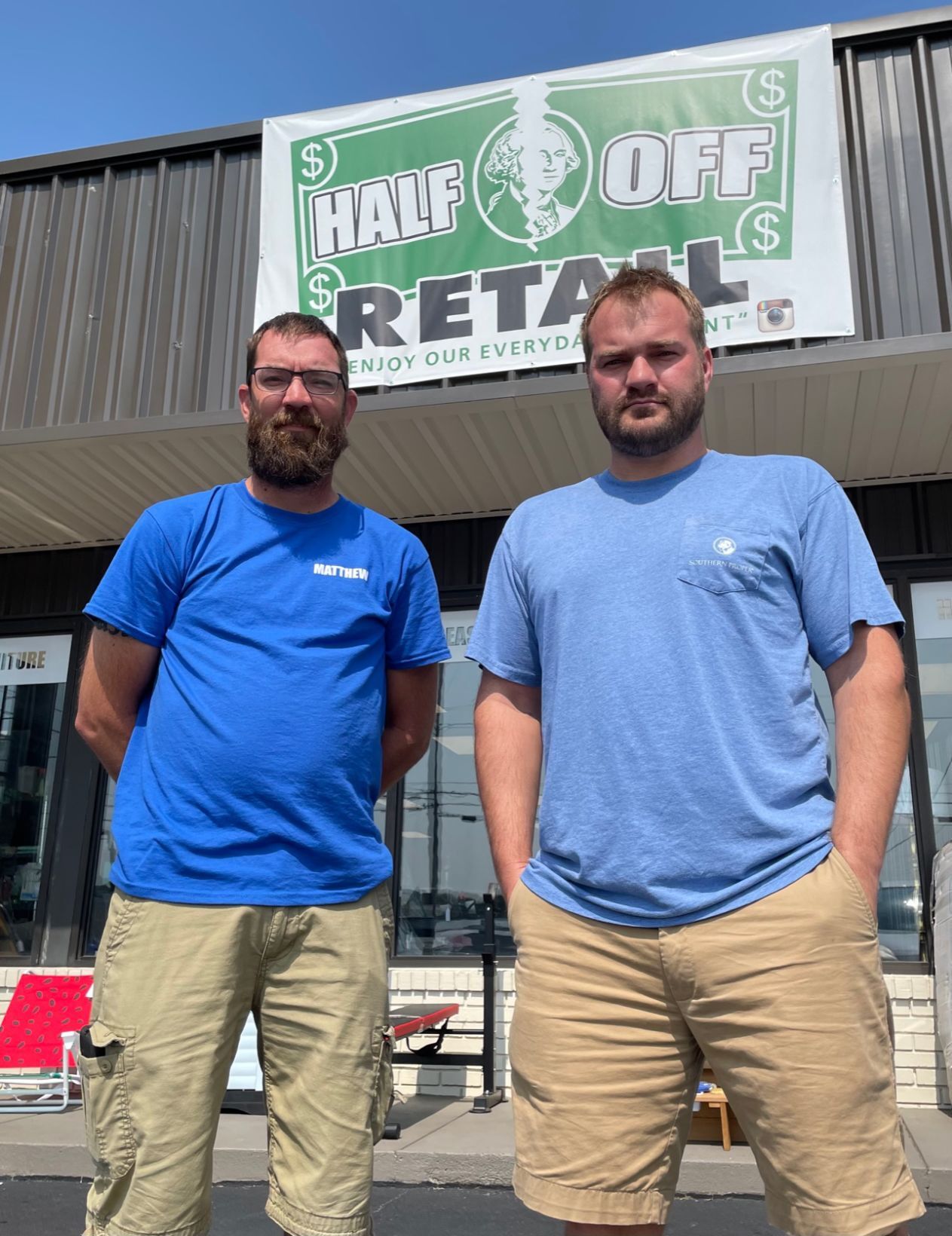 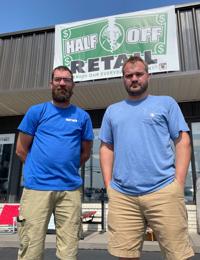 Business partners Matthew Mudd (left) and Chris Robertson have opened the Half Off Retail store at 637 U.S. 31-W Bypass, the former home of Container World.

Business partners Matthew Mudd (seated) and Chris Robertson have started the Half Off Retail store at 637 U.S. 31-W Bypass, the former site of Container World.

Business partners Matthew Mudd (left) and Chris Robertson have opened the Half Off Retail store at 637 U.S. 31-W Bypass, the former home of Container World.

A disease gave rise to what is turning into a healthy Bowling Green-based business model for partners Matthew Mudd and Chris Robertson.

Mudd, an Edmonson County native who worked in retail or in the restaurant business his entire career, decided last year to start buying and selling pallets of excess items from such retailers as Walmart, Target and Home Depot.

“As COVID-19 started, a lot of people were doing online auctions or flea markets,” Mudd said. “They would buy pallets of items and resell them.”

That gave rise to BG Pallet Liquidation on New Porter Pike, where Mudd’s pallet-selling business in turn led to his newest venture, the Half Off Retail store at 637 U.S. 31-W By-Pass.

Mudd was leasing warehouse space from Robertson, who saw the potential for a retail business to arise out of BG Pallet Liquidation.

“So many people were coming into the pallet place wanting to purchase individual items,” said Robertson, a Warren County native.

So Mudd and Robertson obliged.

They opened Half Off Retail last week in the 3,000-square-foot former home of the Container World store that closed in 2018, offering exactly what the business’ name implies.

“We wanted to get straight to the point with our name,” Mudd said. “Most stores have apps you can use to scan items and see what the retail price is. We then mark it at half that price.”

That simple concept was on display Tuesday at Half Off Retail, where a large green sign showing an image of a dollar bill being ripped straight down the middle of George Washington’s face was bringing in customers just minutes after its opening.

They were browsing everything from tools and toys to bedding and living room furniture, all at the bargain-basement prices that are possible because of the retailer’s unique business model.

Robertson, who owns Robertson Auto Sales at 1049 U.S. 31-W By-Pass along with a number of investment properties, said most of the store’s inventory is practically brand-new even if it has been jettisoned by a big-box retailer.

“When you return stuff to Walmart or other stores, they have to liquidate it,” he said. “They don’t put it back on the shelf.”

Those returned items mix with seasonal items and consumer products that have become outdated to form those pallets that Mudd said contain mostly “brand-new merchandise.”

Because of its business model, the inventory at Half Off Retail changes from day to day, but Mudd said some favorites are emerging just a week after opening.

“Furniture and toys are popular items,” he said. “We can’t keep furniture on the floor.”

Response to Half Off Retail has been such that Mudd and Robertson are already looking to change their business model.

Although it has been promoted only through social media so far, the store has attracted a steady stream of customers.

“People from all walks of life are coming in,” Robertson said. “We’ve seen people on bicycles and people driving Cadillac Escalades. The first week exceeded our goals, to say the least.”

Mudd, who has enlisted the help of his wife, Michelle Mudd, to help at the store, said the response from customers is forcing him to hire more people and extend the hours.

“Our original business model was to be open Tuesday through Saturday,” he said. “We came in on Sunday to work on our merchandise displays, and we had to turn people away.

“It doesn’t make sense for us to be closed those two days. We have six employees now, and we’re about to hire a couple more. In the near future, once we get the new people hired and trained, we’ll go to seven days a week.”