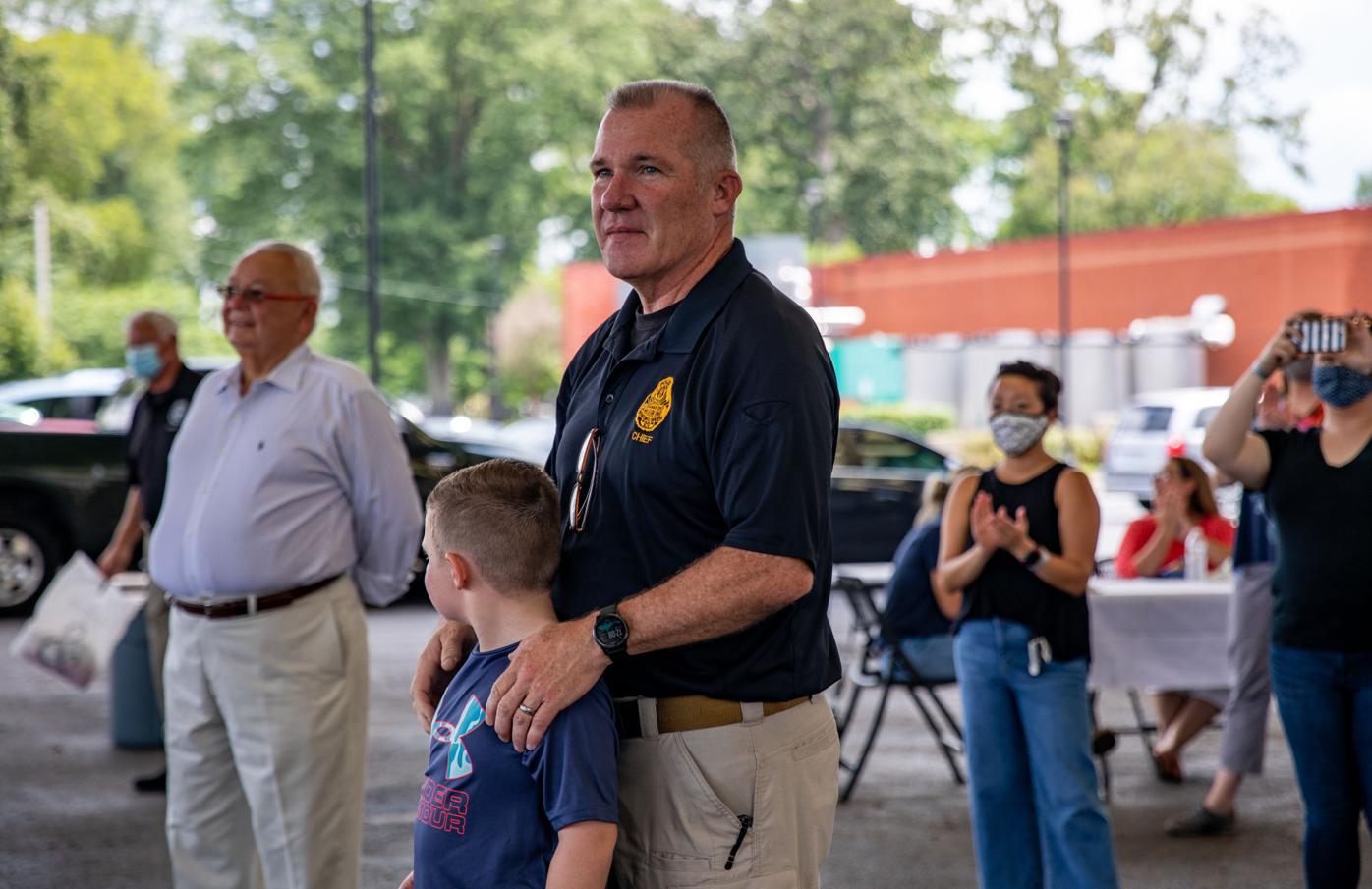 Former BGPD Chief Doug Hawkins stands with his son Mason, 6, watching members of the Bowling Green Police and Fire Departments drive by in a wave parade to honor him during a retirement luncheon held for him at the SOKY Marketplace Pavilion on Friday, July 31, 2020. (Grace Ramey/photo@bgdailynews.com) 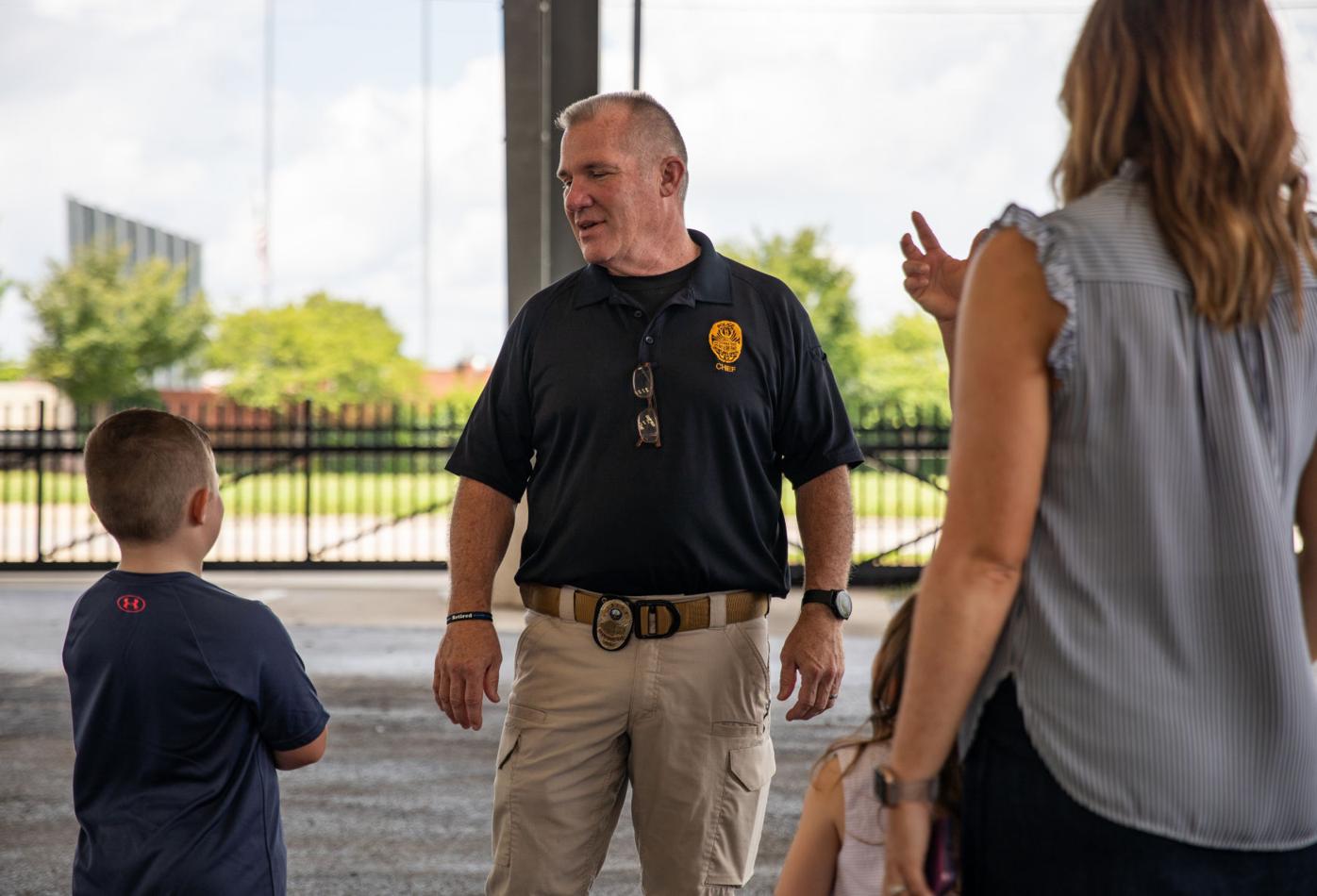 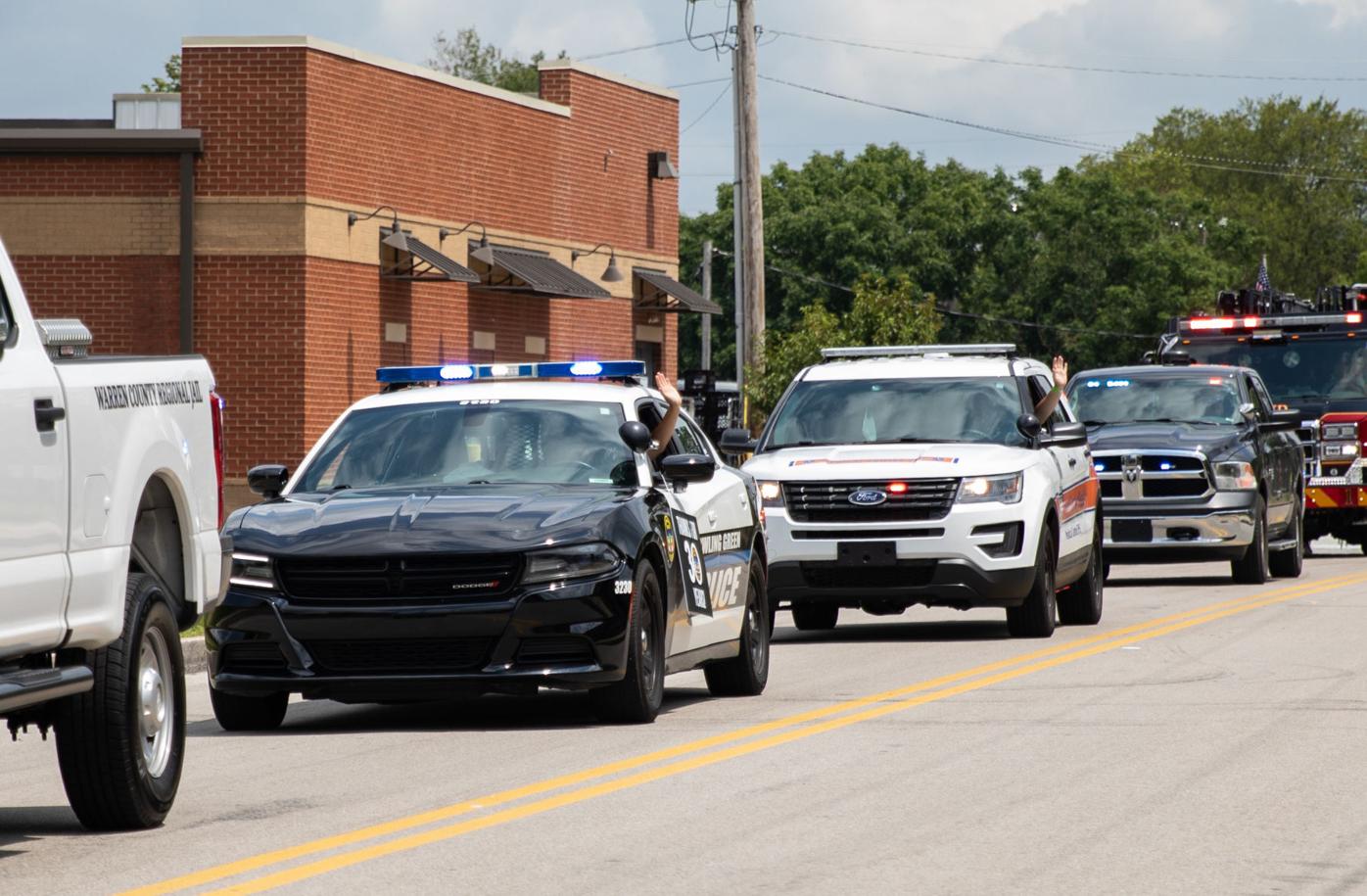 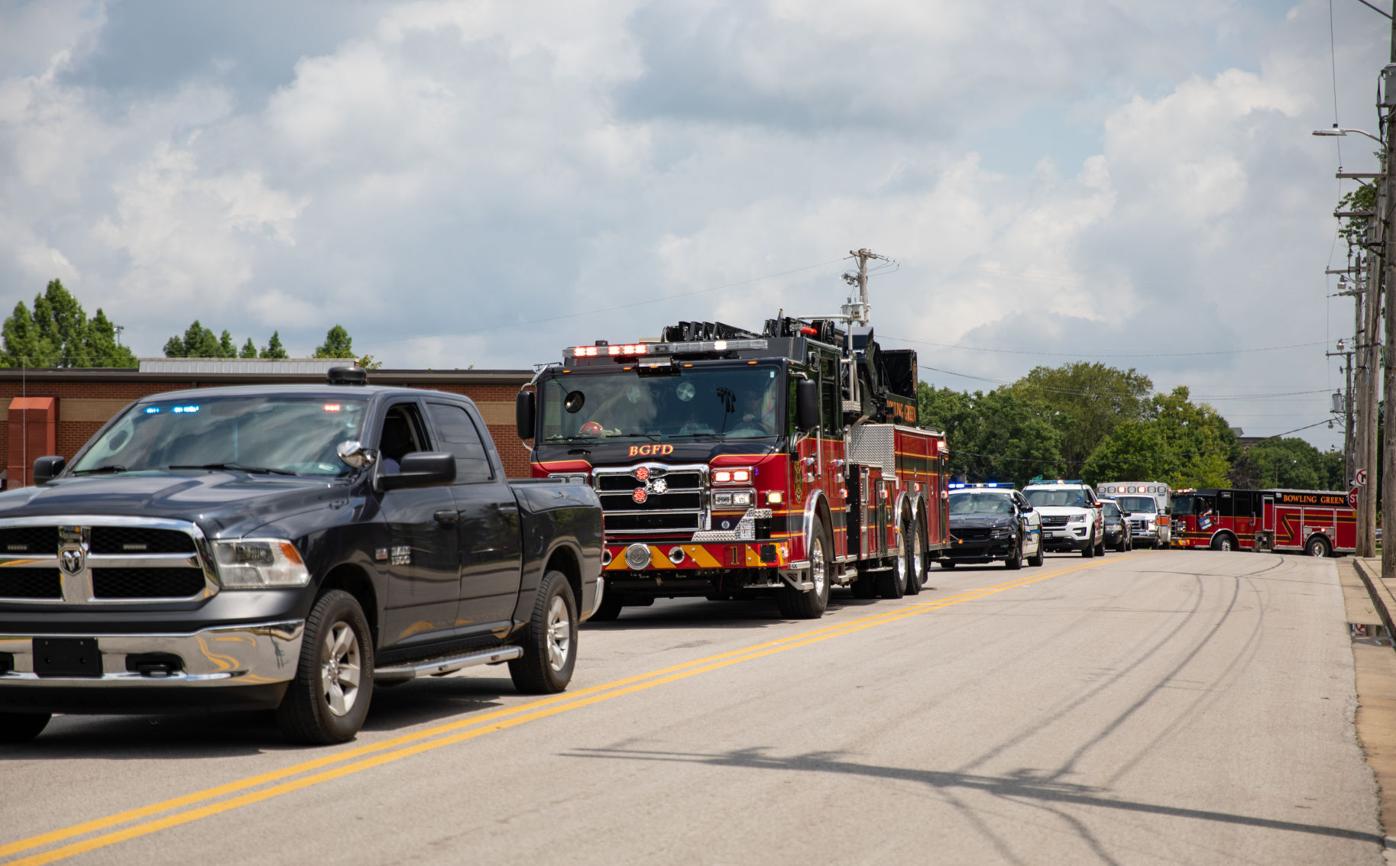 Former BGPD Chief Doug Hawkins stands with his son Mason, 6, watching members of the Bowling Green Police and Fire Departments drive by in a wave parade to honor him during a retirement luncheon held for him at the SOKY Marketplace Pavilion on Friday, July 31, 2020. (Grace Ramey/photo@bgdailynews.com)

At the end of a 30-year career with the Bowling Green Police Department – the last 14 years as chief – Doug Hawkins said he was grateful to be able to work alongside the many officers who passed through the department in his time there.

“My success is directly related to the other officers in the police department,” Hawkins said Friday. “I’m humbled and thankful that they’re here.”

The appreciation was returned in kind at a retirement luncheon for the outgoing chief Friday at the SoKY Marketplace Pavilion.

Local law enforcement officials presented Hawkins with gifts and a procession of police cruisers and city fire trucks blared their thanks through their sirens as they passed by the pavilion along Center Street.

Earlier this year, Hawkins announced his retirement from the BGPD effective Saturday, and will be succeeded as chief by Michael Delaney.

Hawkins joined the BGPD in 1989, saying he decided on a career in law enforcement as the best way for him to help people.

“I set out early wanting a career that I thought would allow me to make a difference in the community, and I hope I’ve been able to do that in people’s daily lives and on an individual basis as well as the broader picture,” Hawkins said.

Named chief in 2006, Hawkins presided over a police department that continued to embrace a policing style that encourages community engagement and oversaw technological developments such as body cameras, mobile data terminals and a revamped radio system with five new towers.

Hawkins said he is most proud, though, of the Bowling Green Law Enforcement Academy, which was dedicated earlier this year and allows new BGPD officers to train in the community under a curriculum developed by the agency.

The first class of 12 recruits is training at the academy.

“I think that will be pivotal in the history of our department and pay dividends for many years to come,” Hawkins said.

Hawkins has accepted a job with Houchens Industries in the Ace Hardware division, and he encouraged his successor to approach the position as chief with humility.

Delaney said that was a good piece of advice.

“You have to remember that you’re here to serve the people,” Delaney said. “There were a lot of great candidates who can lead this agency going forward and I think we’re well-positioned for the future.”

A very cool man, he is a model of courage and seriousness. I admire him.