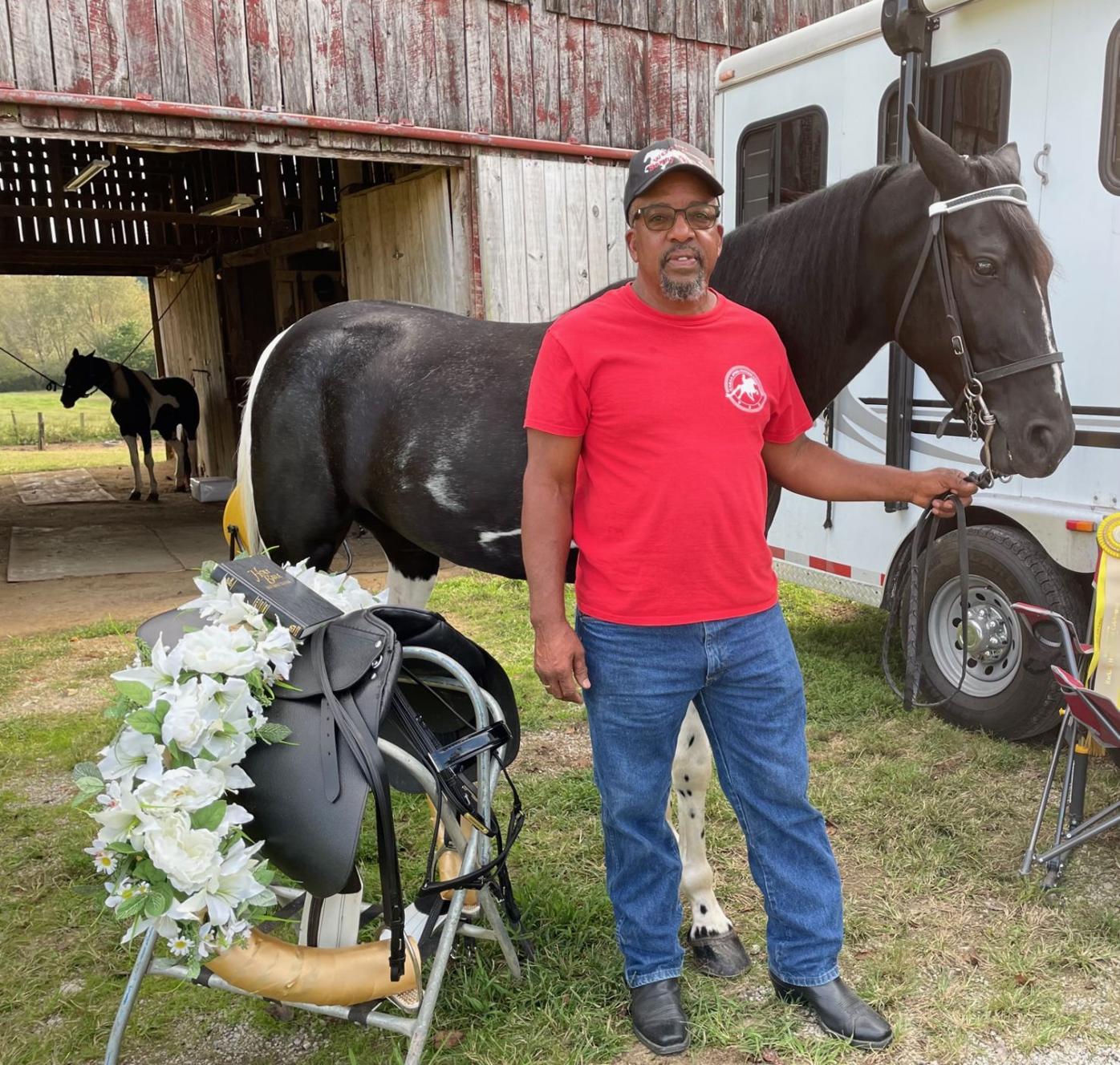 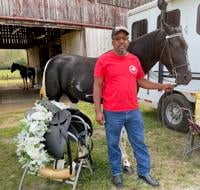 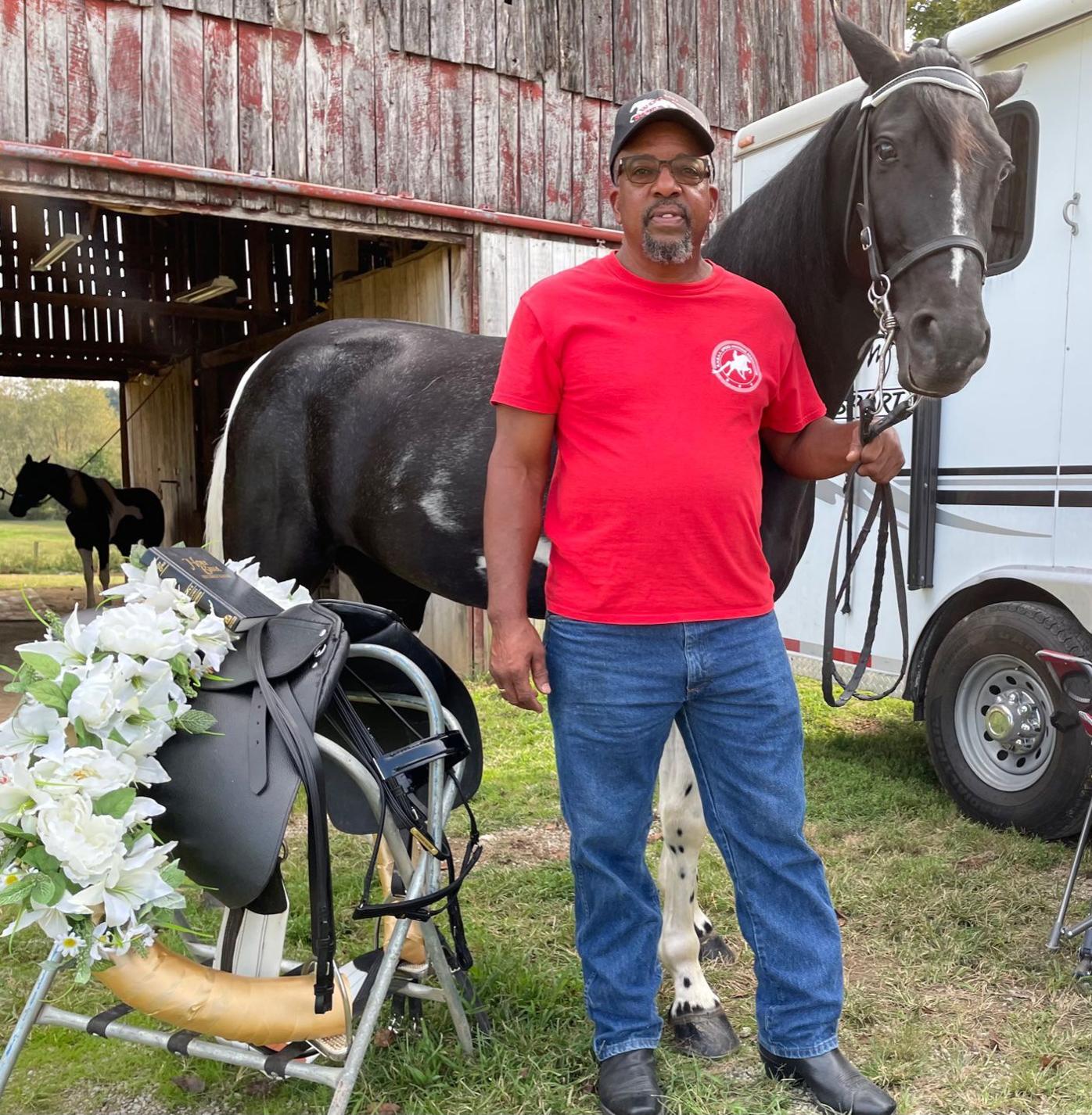 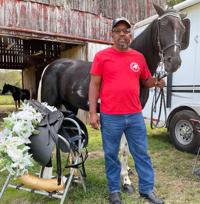 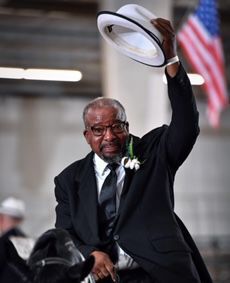 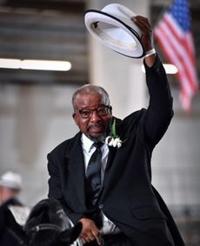 Jeff Williams has no doubt preached a sermon or two on the topic of perseverance during his 17 years in the pulpit.

Now the pastor of Smiths Grove’s Pleasant View Baptist Church has lived out that message.

After nearly three decades of trying, the 60-year-old Williams in September claimed the title of world grand champion at the Racking Horse World Celebration in Decatur, Ala.

He won aboard Sunny By Day – a 5-year-old horse he owns, trains and rides – and reached a goal that seemed just out of reach after he took second place on a different horse four times.

“I’ve been back and forth to Decatur for 26 years,” Williams said on a sunny afternoon at the 100-acre farm he and his son Brandon own near Barren County’s Hiseville community. “I’ve been due for a long time.”

His victory in a field of 19 horses in the 50th anniversary of the competition was significant for another reason: Williams became the first Black competitor to win the championship.

That groundbreaking feat, plus the years of coming up short, made Williams’ victory an emotional event, Speed Racking Association President Josh Burchfield said.

“When they called Jeff out as the winner, I don’t think it hit him,” Burchfield said. “He was in tears. He looked at me and said, ‘Is it real?’ It was an amazing sight.”

Burchfield said the response from spectators and fellow competitors in the close-knit racking horse community may have been groundbreaking as well.

“The crowd cheered so loudly and so long that he took two victory laps,” Burchfield said. “Everyone knew how long and how hard he had worked to achieve that goal.”

Williams’ road to the championship actually started long before he began competing in the annual Decatur event.

“From there, I just fell in love with riding and showing and competing.”

He ditched the all-out speed of the thoroughbred, though, and gravitated to the racking horse breed that is derived from the Tennessee Walking Horse and is known for its distinctive smooth gait.

“They’re bred to be smooth,” Williams said. “But you have to teach them to enhance the gait.”

That training is what wins championships, and Williams has put in the time working with his horses.

He nearly broke through to the winner’s circle with a horse called Sonny’s Soldier Boy, which was runner-up in the world celebration four years in a row.

“He has certainly put in his time training those horses,” said Marshell Williams, Jeff’s wife. “He works hard and is very committed and faithful. We always pray that God will lead and show him what to do. He always gives God the glory, win or lose.”

Jeff Williams, who has been pastor at Pleasant View Baptist for 17 years, is certain there’s a sermon topic to be found in his historic victory.

Maybe it could be a lesson about diligence, something that’s required of any successful racking horse trainer.

“You ride as fast as you can while maintaining the country speed gait,” Jeff Williams said.

The horses are also required to take three backward steps while lined up with the other competitors, something horses can often balk at if not trained properly.

Sunny By Day was well-prepared for the Decatur competition, Jeff Williams said.

“I usually ride him at least four or five times a week, for 30 minutes to an hour each time,” he said. “He’s such a joy to ride. He loves to do it.”

Horse and rider experienced joy in Decatur, making Jeff Williams a trailblazer in his chosen sport.