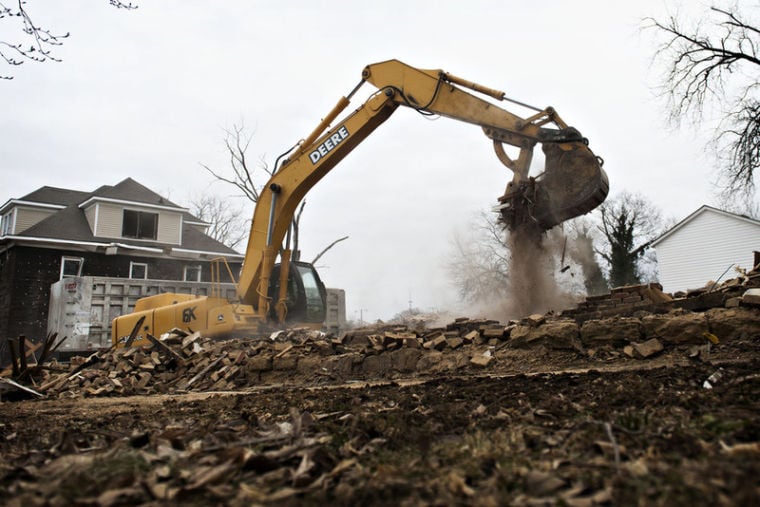 Joshua Lindsey/Daily News A house is demolished Friday at 13th Avenue and Kentucky Street, an area where developers are planning housing and retail space. 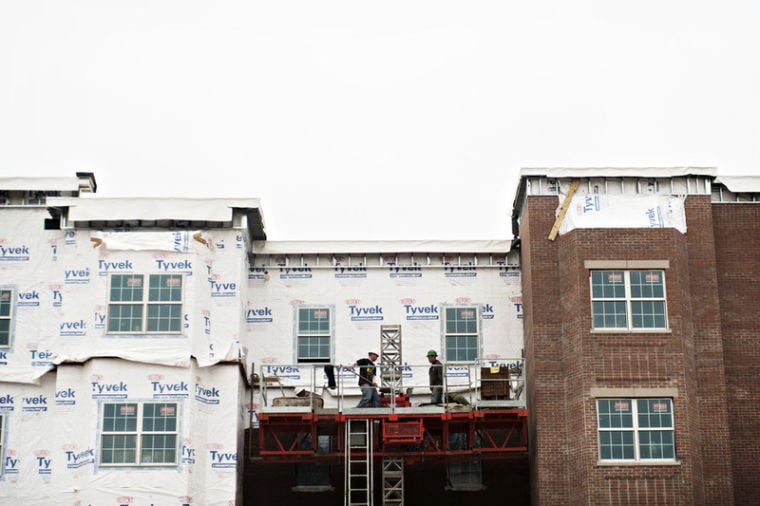 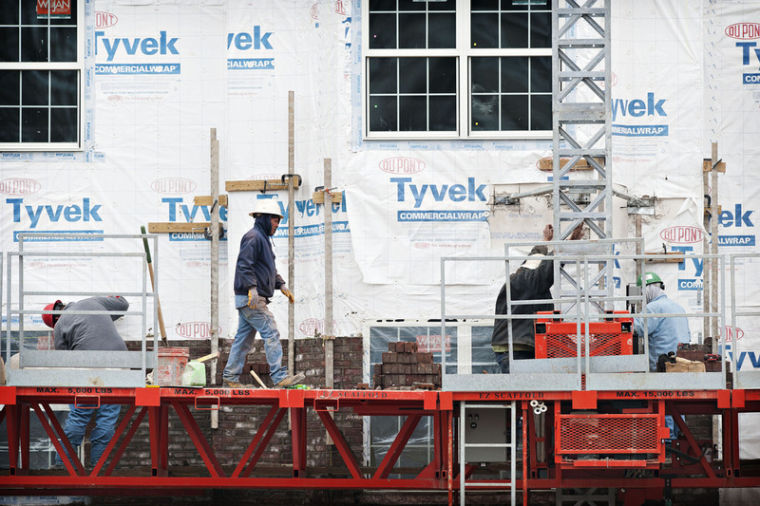 Joshua Lindsey/Daily News A house is demolished Friday at 13th Avenue and Kentucky Street, an area where developers are planning housing and retail space.

Some demolition work that began last week on Kentucky Street near Western Kentucky University’s campus is part of an overall plan to revitalize the area.

That work will make way for an expanded apartment development that needs a new stamp of approval from the City-County Planning Commission. On Thursday, the group will look at a concept plan for further development in the Tax Increment Finance District.

Brookside Kentucky, the applicant in the hearing, wants the commission to rezone several tracts of land that will include apartments, parking and retail spaces. The land is on 13th Avenue, Center and Kentucky streets, near the Western Apartments and the Augenstein Alumni Center.

The project was approved in June, but the developer acquired additional land since then, so the design changed slightly, said Steve Hunter, executive director of the Planning Commission. The upcoming decision will focus on the new aspects of the design.

“The developer’s original idea has been modified to expand the footprint of the buildings,” Hunter said.

A large portion of the design under review Thursday includes “upscale apartment development which will add to the mix of the uses in the TIF District,” according to the narrative concept plan for Brookside.

The apartments will be geared toward WKU students, said Kevin Brooks, an attorney at Bell, Orr, Ayers & Moore.

The design allows for a maximum of 75 “dwelling units” per acre. A dwelling unit, Brooks said, refers to a multiple-bedroom apartment. The apartments likely will have two bedrooms.

However, not everyone who lives in the apartments is guaranteed a parking space in the garage. There will be “.5 parking spaces per bed,” the narrative said.

Brooks said parking will not be an issue.

“This developer has substantial experience in other communities and believes that it’s got enough parking,” Brooks said. “They also know they cannot rent an apartment if they cannot provide parking.”

The apartment parking will be paid parking, though some students living there may have a WKU parking pass and choose to park somewhere on campus, Brooks said.

The design approved last summer contained two parking lots, a large one next to the apartments and a smaller one across Center Street where Jr. Food Store is now. Now that additional land on Kentucky Street has been acquired and allowed for a parking garage, the parking lots were removed in the redesign.

Jr. Food Store will be torn down to make way for a 15,000-square-foot commercial building, with more than 37,000 square feet for parking behind, according to the design.

The building across Center Street, next to what will be the apartments, is labeled on the design as a mixed use building for retail, office or residential use.

To be approved, the new design must be consistent with the Future Land Use Map, the overall plan for the TIF, and be compatible with the existing surrounding development, according to the narrative.

Fraternity houses, the alumni center and Western Apartments are just a few of the completed TIF projects that play a role in the large plan for downtown Bowling Green that will be completed over the next few years.

Creating an urban feel to the area and connecting WKU with downtown were key concepts in the design.

“The area was really unsightly. Aesthetically, it’s going to be a vast improvement,” Brooks said. “One of the goals of revitalizing downtown was getting people living in the TIF district.”

Construction work on the new project will begin this spring, Brooks said.