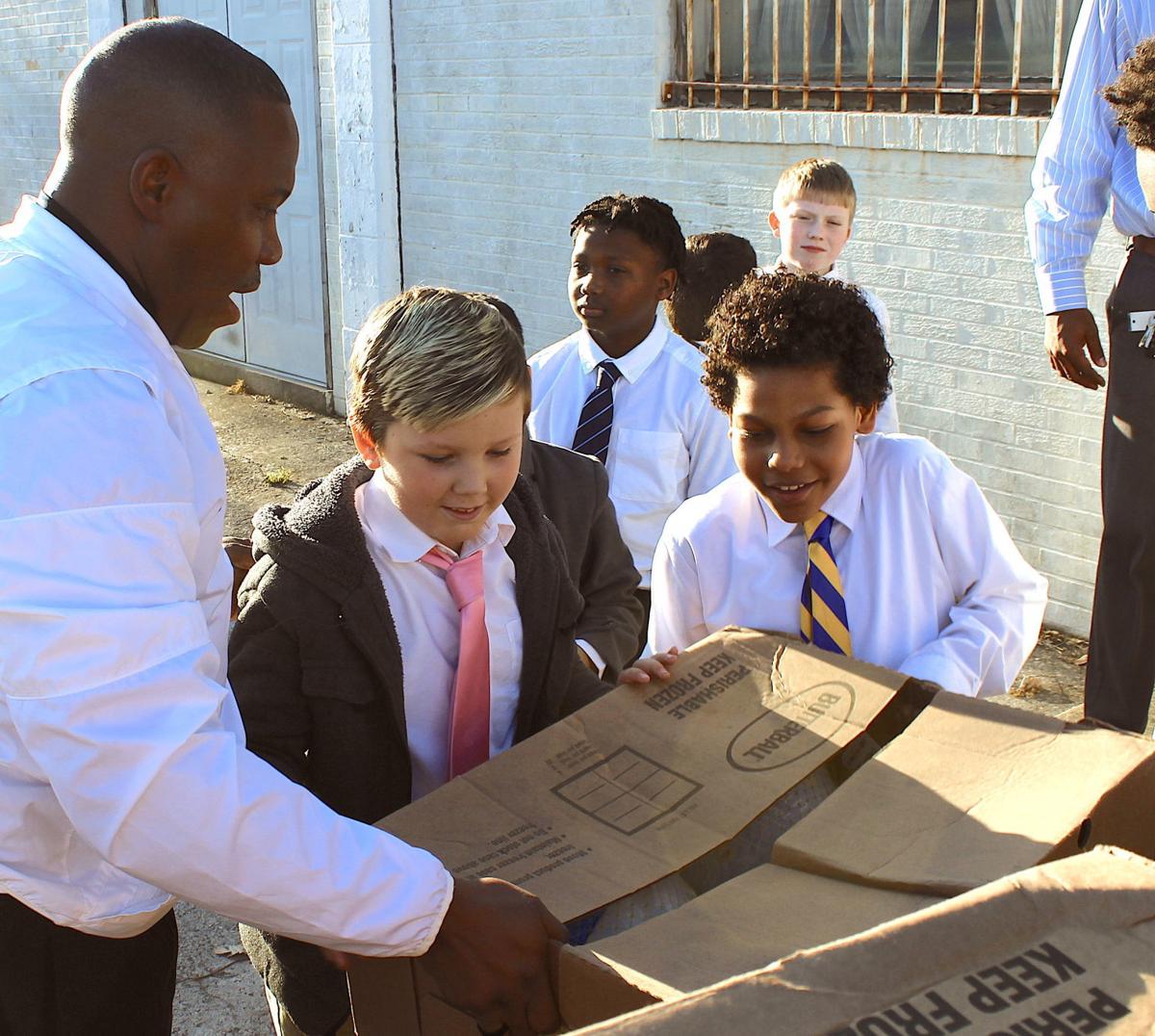 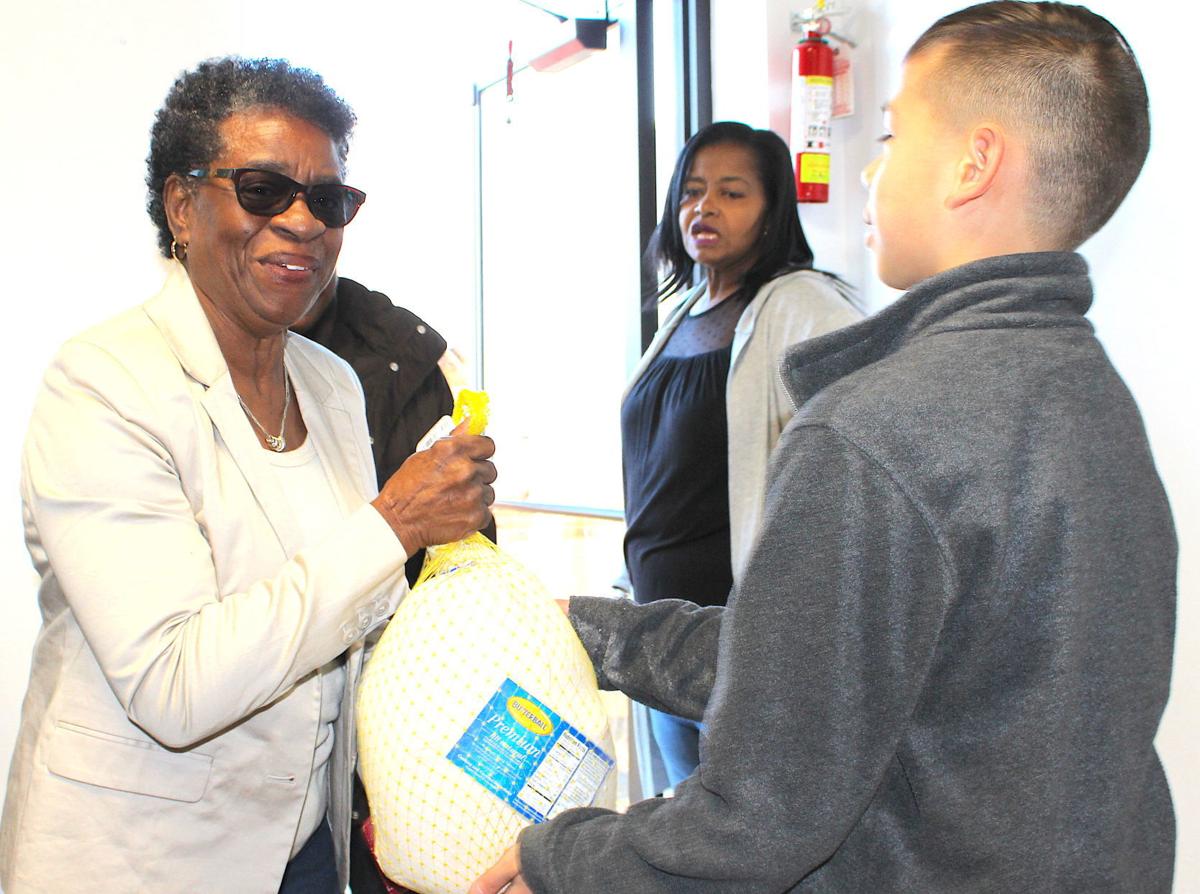 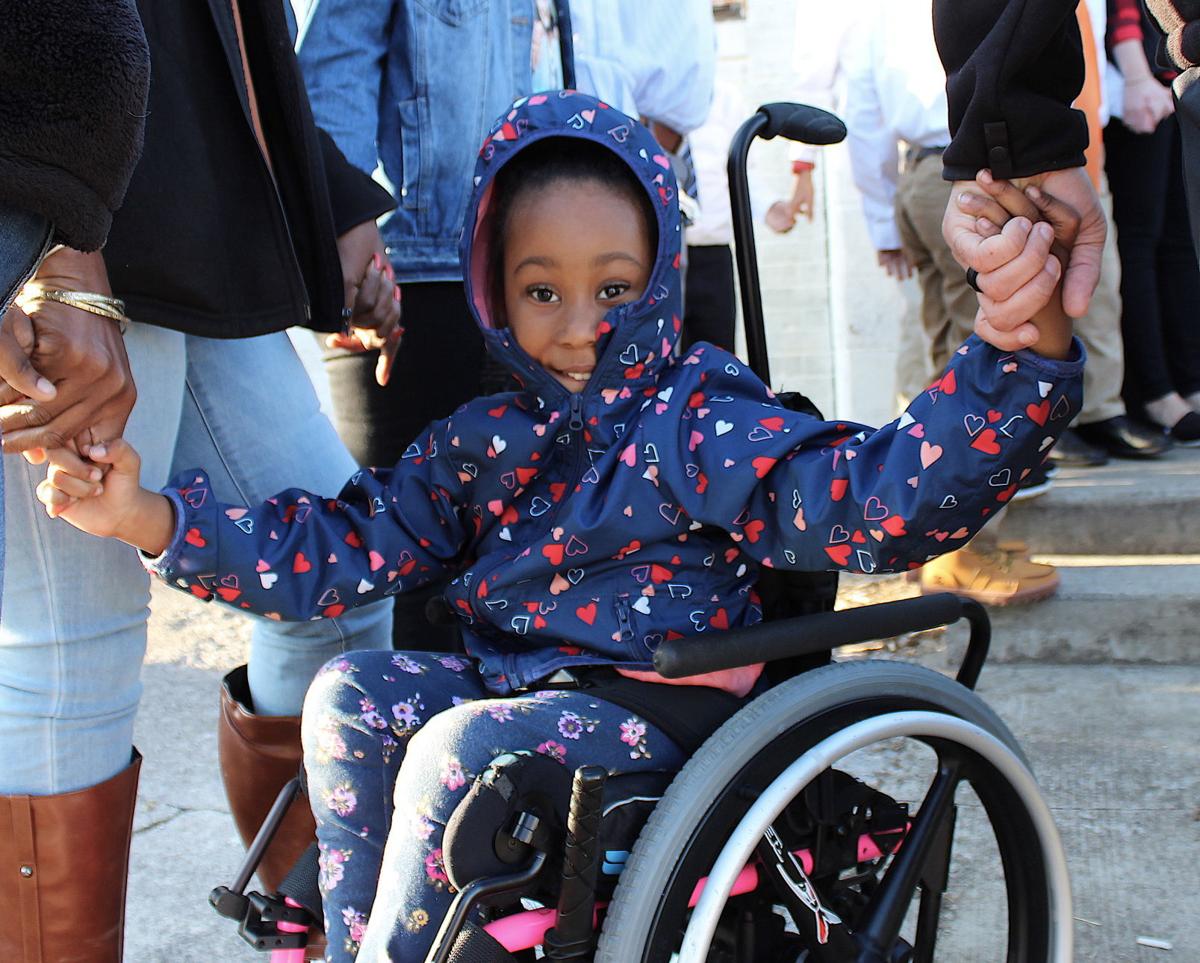 The turkeys were free and so were the sides: fellowship, a hot meal and lessons in community service.

About a half dozen Bristow Elementary School students in the Boys to Men mentoring program unloaded and handed out the turkeys.

“I like to provide for the community and provide for people in need,” said Logan Key, 10, a fifth grader.

“It makes me feel good I can give back to the community,” said Marlon Jackson, an 11-year-old sixth grader.

Those lessons are exactly what the Boys to Men program is all about, Bristow Principal Chris Stunson said.

“We want our young men to be positive members of our community,” he said.

The head of the turkey giveaway was himself a local student when he started the program.

Kenan Mujkanovic, founder of the Young Visionaries Foundation, was a senior at South Warren High School when he held the first turkey giveaway in 2014. He handed out about 30 turkeys.

Mujkanovic is now a senior at Western Kentucky University.

Numerous community partners and volunteers have joined his effort, allowing more than 100 turkeys and hundreds of meals to be served.

Events like the turkey distribution not only helps those in need, it allows volunteers to “see what others are going through,” Mujkanovic said.

Among those receiving a turkey Sunday was Diane Loving of Bowling Green.

“It’s a blessing – not everyone can afford groceries,” she said.

The turkey will be used to provide a Thanksgiving meal for her children and grandchildren, she said.

As he waited in line for the hot take-out meal of ham, dressing, green beans and more, John Sowell held the frozen turkey he had received minutes earlier.

“It’s a blessing,” he also said. “It puts food on the table for me and others.”

As in years past, the giveaway was supported by numerous volunteers, including Chris Page, owner of Shake Rag Barbershop, who lent the space and helped organize it.

Though his Young Visionaries Foundation does many community service projects, Mujkanovic said the turkey giveaway is special and he wants to see it keep growing.

“This was my first event, so it means a lot to me,” he said.