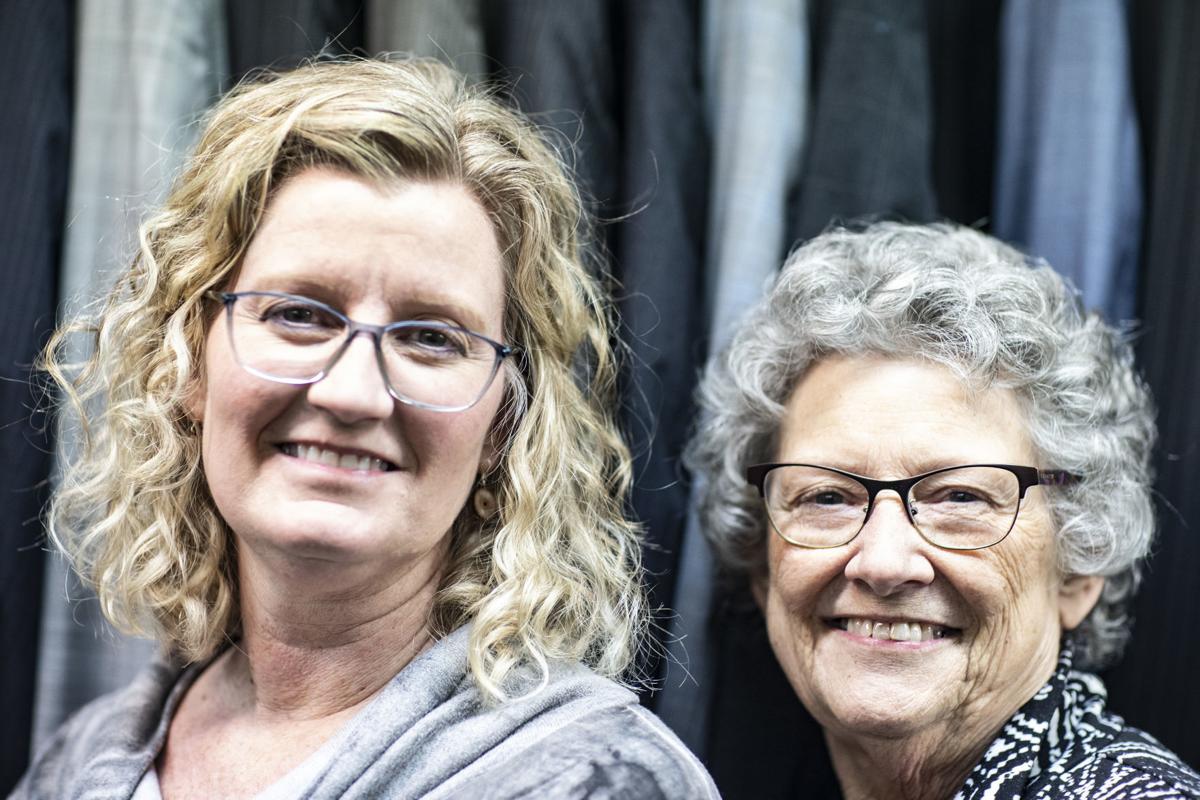 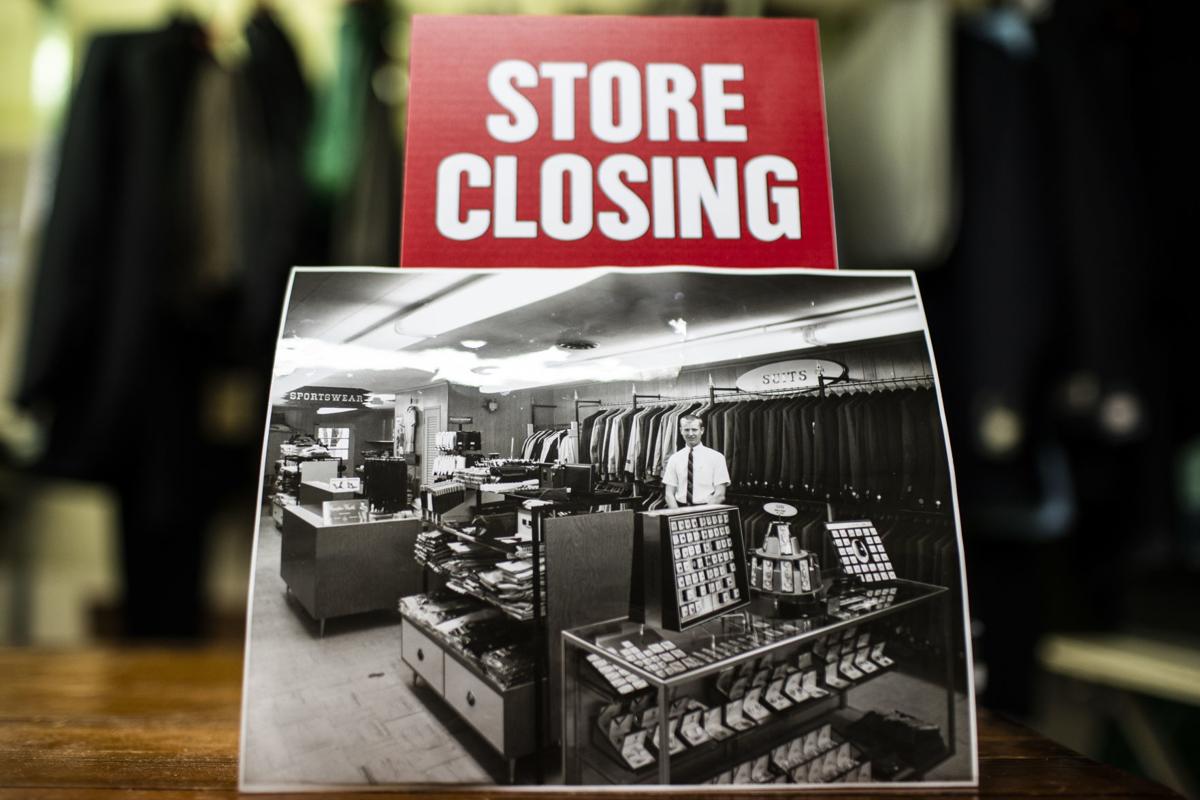 A photo of Gil Cowles behind the counter of the store on Wednesday, February 5, 2020, at Jim &Gil's Men's Shop. (Austin Anthony/photo@bgdailynews.com) 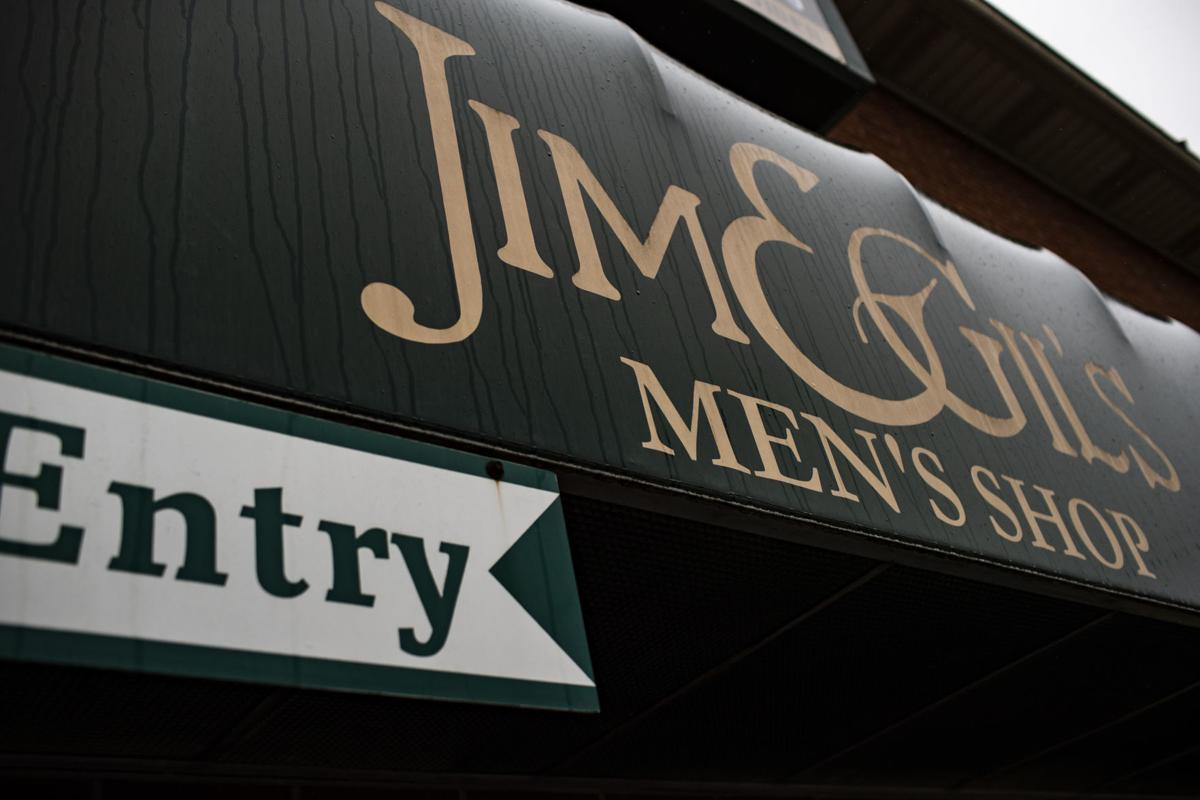 The awning above Jim & Gil's on Wednesday, February 5, 2020. (Austin Anthony/photo@bgdailynews.com) 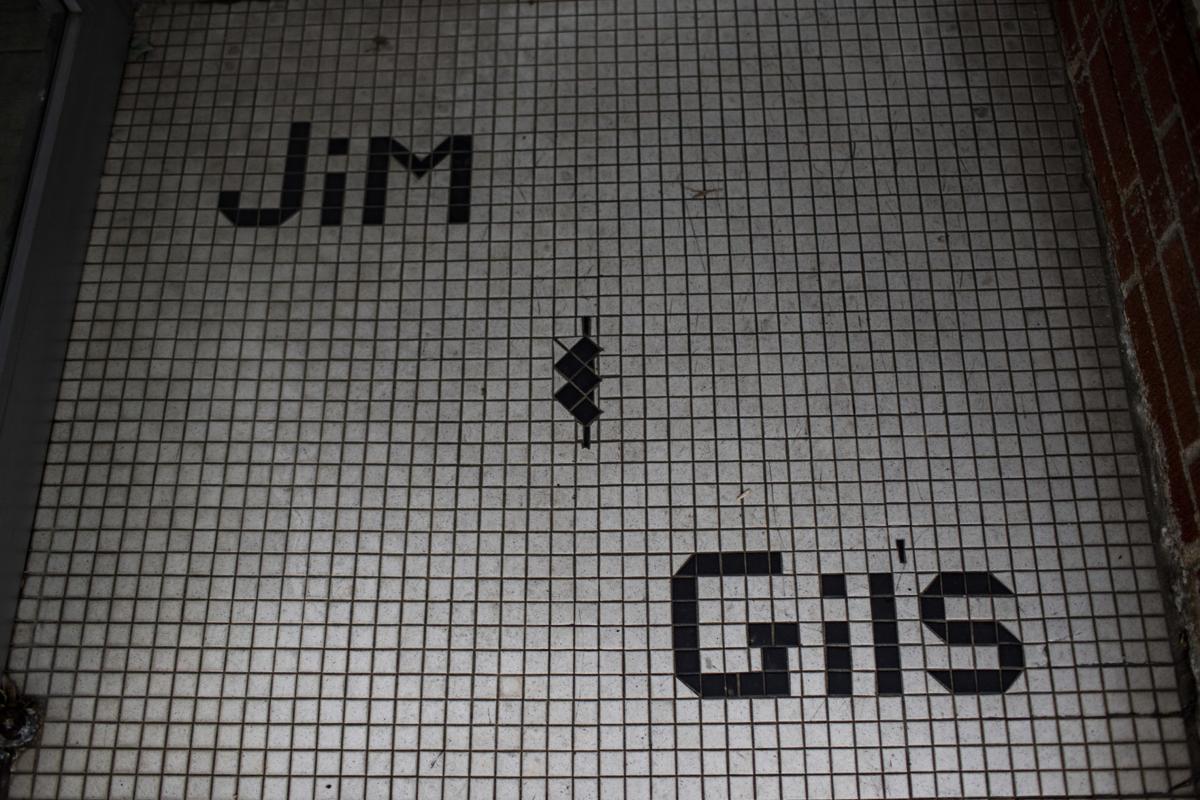 The tile work in the doorway of Jim & Gil's on Wednesday, February 5, 2020. (Austin Anthony/photo@bgdailynews.com) 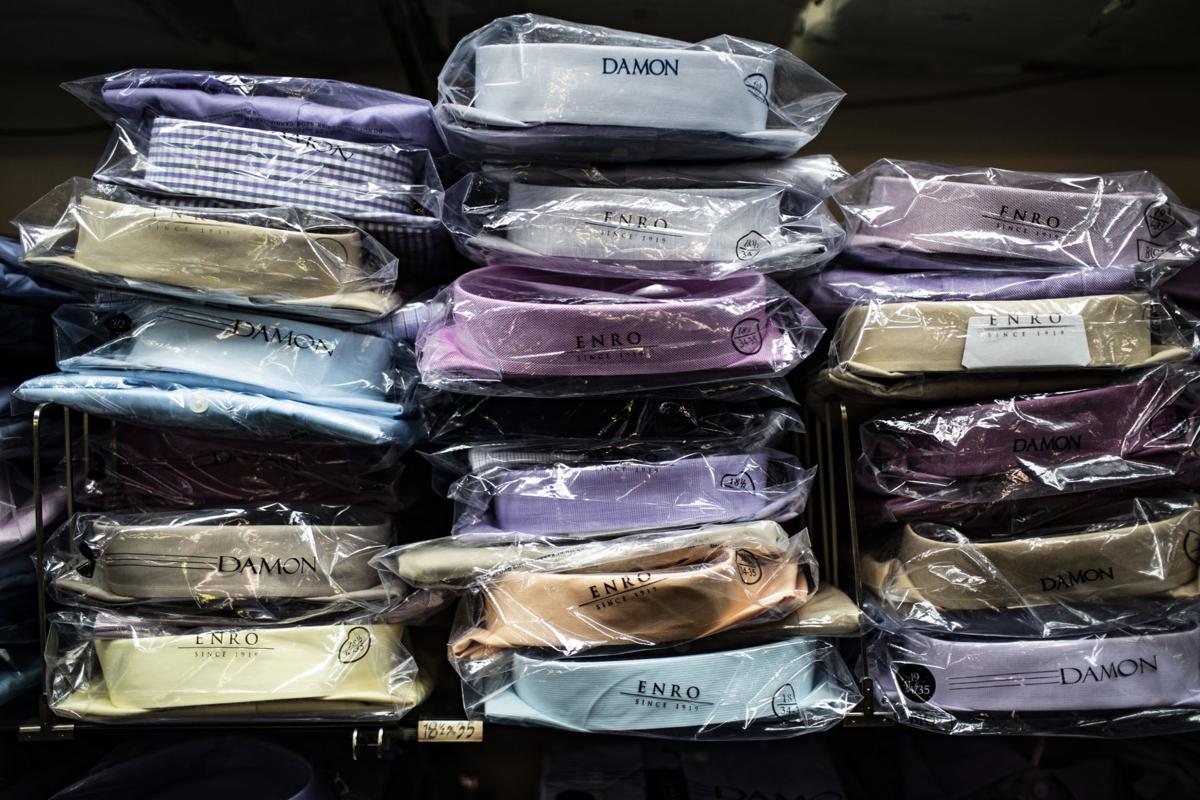 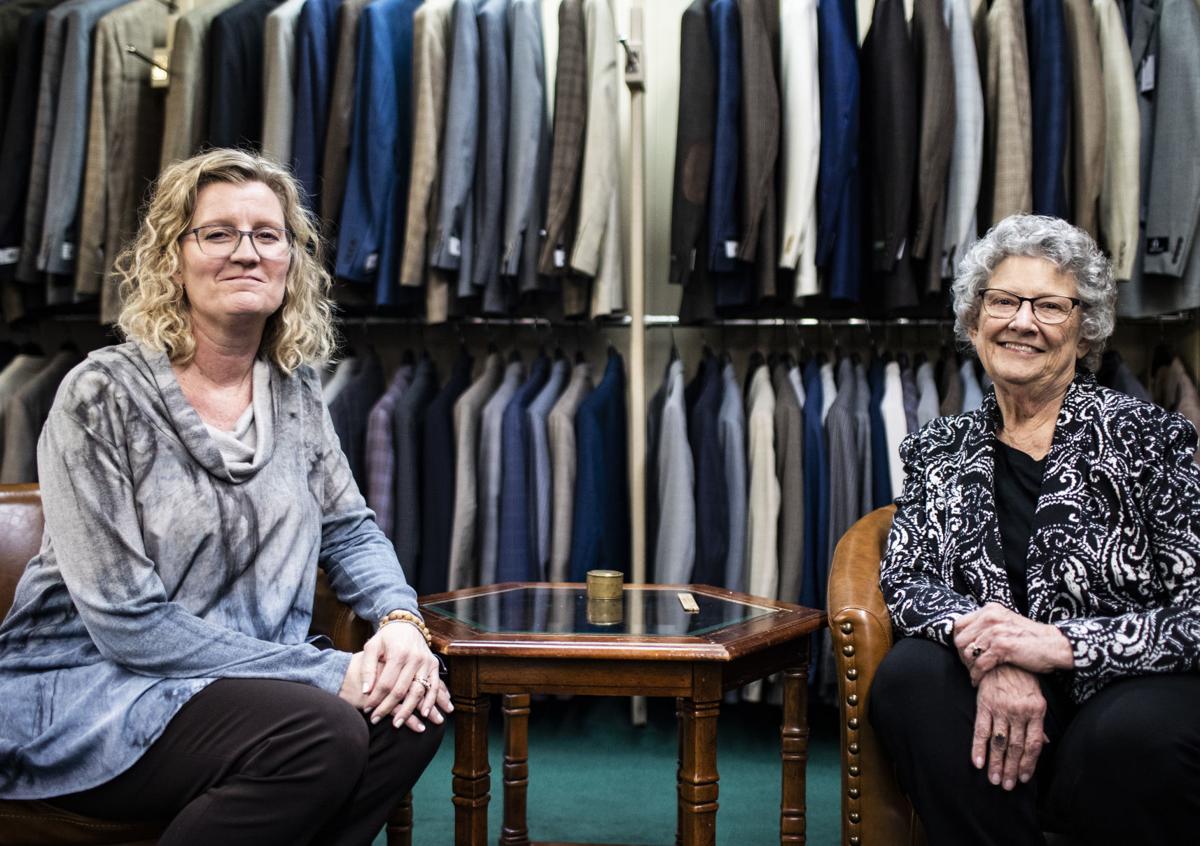 A photo of Gil Cowles behind the counter of the store on Wednesday, February 5, 2020, at Jim &Gil's Men's Shop. (Austin Anthony/photo@bgdailynews.com)

The awning above Jim & Gil's on Wednesday, February 5, 2020. (Austin Anthony/photo@bgdailynews.com)

The tile work in the doorway of Jim & Gil's on Wednesday, February 5, 2020. (Austin Anthony/photo@bgdailynews.com)

“It’s heartbreaking,” Dillard said. “It’s been around so long, and I knew everyone here. I hate to see it close, but ‘mom-and-pop’ stores are having a hard time these days.”

Dillard, 80, has been around long enough to remember when the store on U.S. 31-W By-Pass was run by Gil Cowles and James Bogle, the men who started the store 56 years ago and nearly tripled its size over the years while it became the go-to retailer for many locals looking for business suits, neckties and shirts.

Now run by Diane Cowles (Gil’s widow) and her daughter Michelle Cobb, Jim & Gil’s has discounted most items by 50 percent as the owners prepare to shut the store’s doors for the last time.

Like many local and national retailers, Jim & Gil’s has simply fallen victim to a retail environment that has been transformed in the internet age.

“The right time has come,” Cobb said. “The retail landscape is very different today. People purchase clothing differently. Internet ordering has put a lot of chain stores out of business. It’s getting harder and harder to keep brick-and-mortar stores open. It has really affected our business.”

But Cobb said it wasn’t only Amazon and other online retailers that prompted her and her mother to start a liquidation sale. Clothing trends played a role as well.

“People don’t invest in their clothes like they used to,” Cobb said. “The world is more casual than it ever has been. We always specialized in business-type clothing, and people aren’t wearing that anymore.”

Accepting the retail reality doesn’t make the decision any easier for Cobb and Cowles, both of whom have deep roots in a store that was started by Cowles’ father and husband.

“In 1964, the family saw a need for a men’s clothing store in Bowling Green and opened Jim & Gil’s,” Cowles said. “My father was the bookkeeper until he retired (in 1982). I was working as a hairdresser, but I quit that and started doing the bookkeeping here.”

Selling business suits and renting tuxedos proved to be a profitable business for a good many years, and Jim & Gil’s established itself as the store of choice for many repeat customers.

“My dad knew how to talk to people,” Cobb said. “He was very good at not just selling but developing friendships. He wanted people to come back. That’s the biggest thing he taught me: the importance of developing relationships with people.”

Those relationships are what Cowles will miss most.

“We made a lot of friends here,” she said. “Several of them have come in since we announced our plans to close.”

Cobb expects the store to remain open through the end of March as the mother-daughter business partners try to sell off a large inventory of suits, sport coats, shirts and ties.

“For 21 years, I got to work with my dad,” Cobb said. “I forged a whole lot of friendships that I might not otherwise have had.”

Although she has worked in retail most of her adult life, Cobb isn’t sure what her future holds.

“This is what I’ve done most of my life,” she said. “Going forward, this is what I know; but it also might be a good time to make a change.”

Once the shop is cleared of inventory, Cowles has no plans to sell it. Instead, she hopes to find someone to lease the entire two-story building at 1254 U.S. 31-W By-Pass.

Turning over the keys, though, won’t be easy.

“I hate to see anything close,” Cowles said, “especially a business that has been around so long, but it’s time.”