You are the owner of this article.
Edit Article Add New Article
Home
News
Obituaries
Sports
Opinion
Classifieds
Jobs
e-Edition
Share This
Following President Donald Trump’s declaration of a national emergency amid the ongoing coronavirus outbreak, and in light of the numerous ways the pandemic is affecting day-to-day life in southcentral Kentucky, the Daily News has removed paywall restrictions from bgdailynews.com in order to provide area residents access to important information and reporting. Visit our coronavirus section.
1 of 12 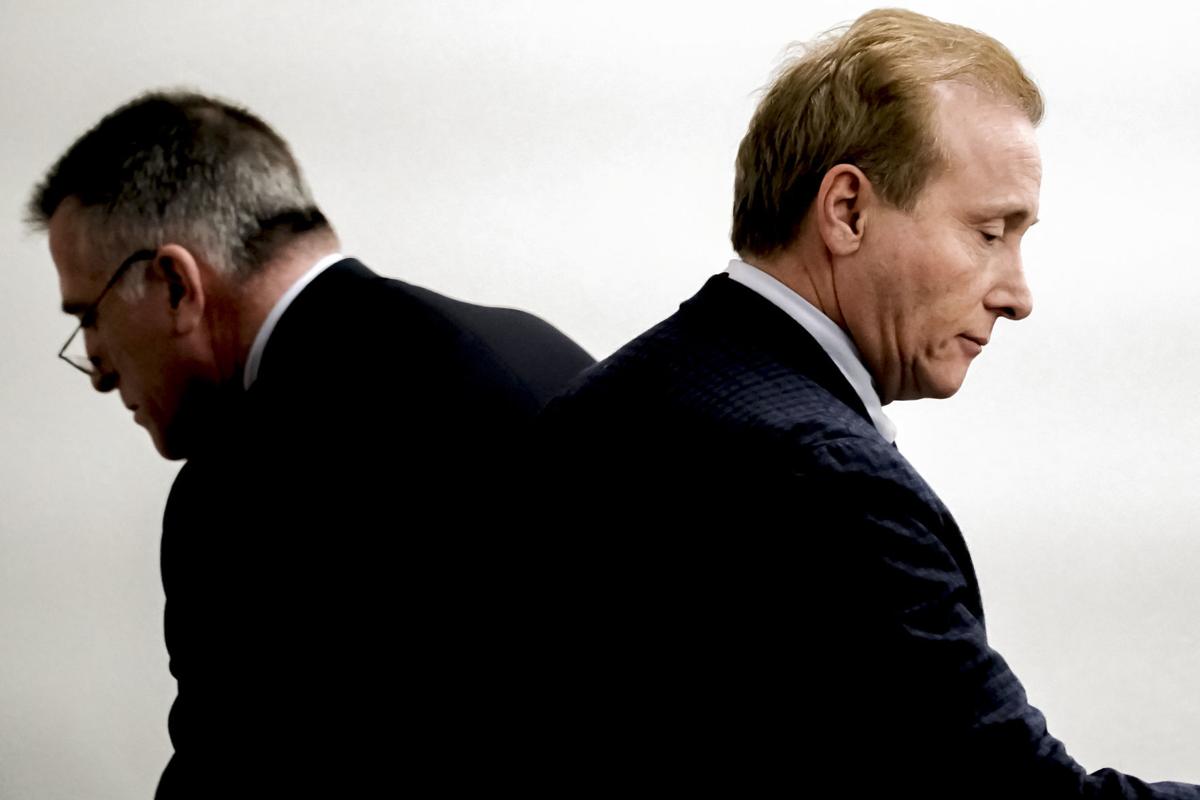 Rene Boucher (right) and his attorney Matt Baker are seen Jan. 30, 2019, during the final day of the civil trial involving Boucher and U.S. Sen. Rand Paul in Warren Circuit Court. 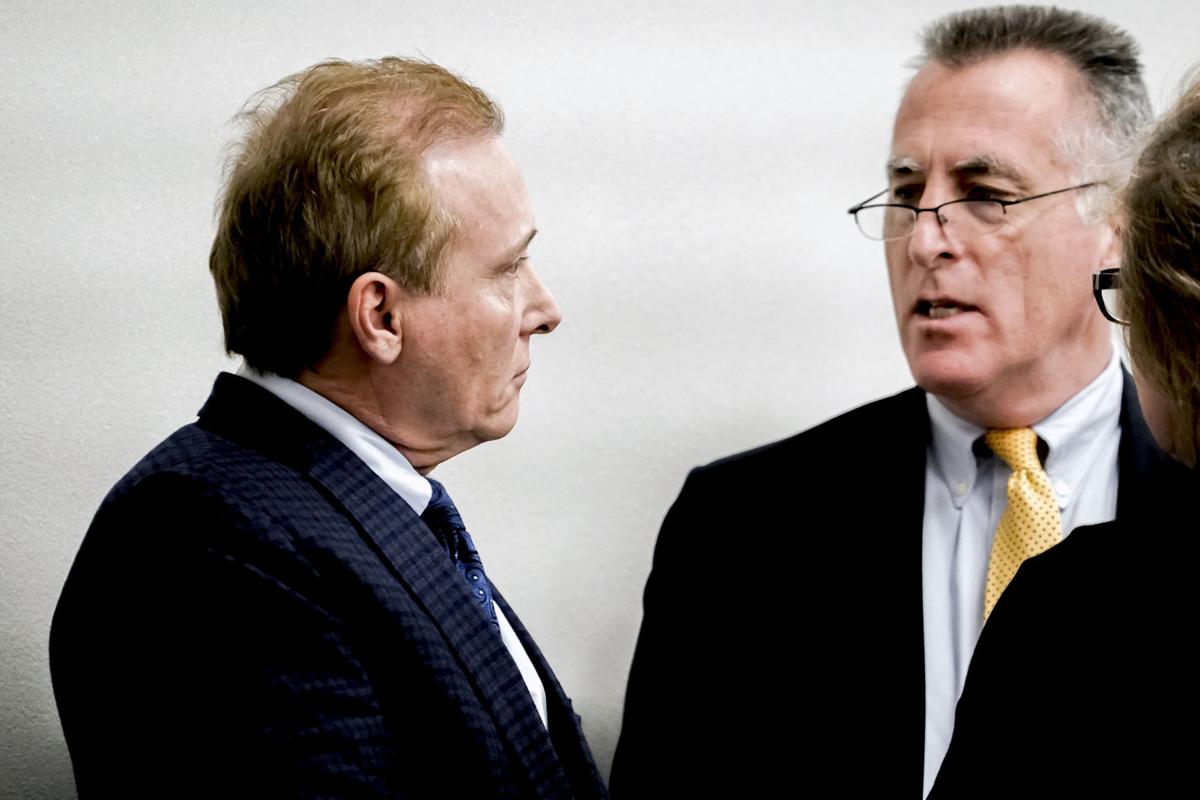 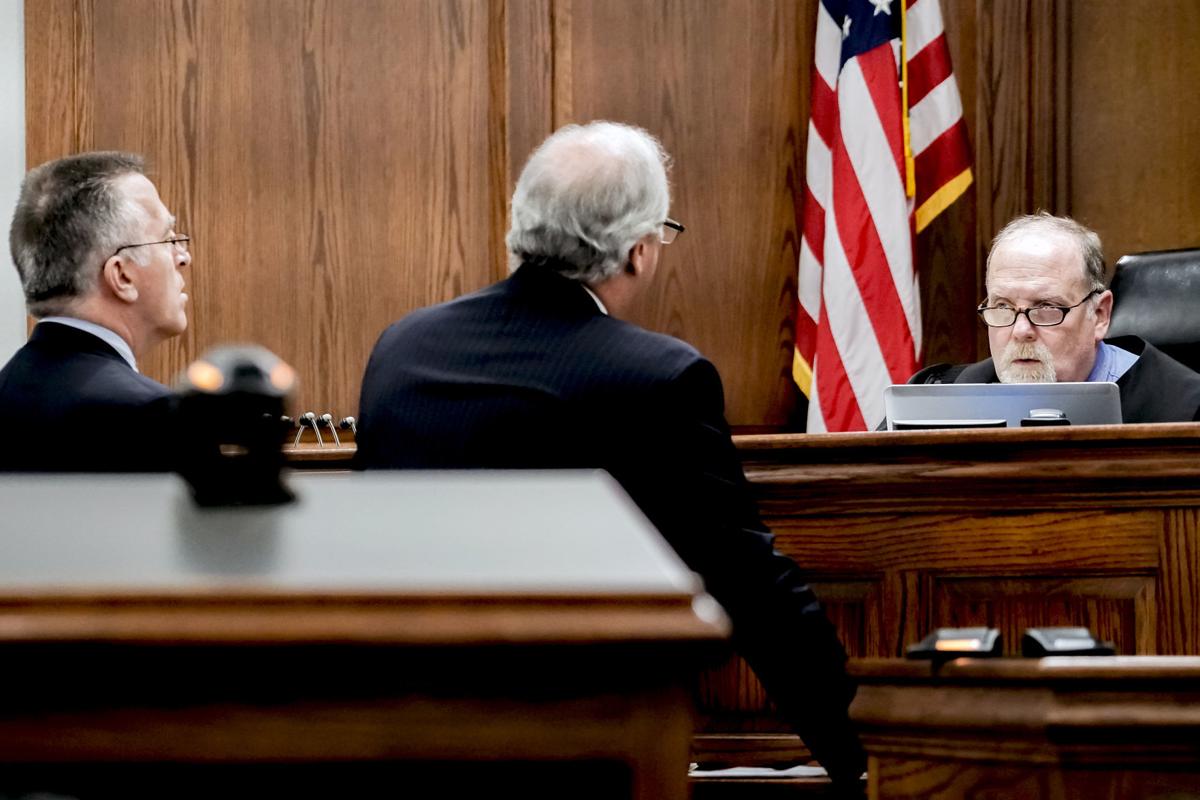 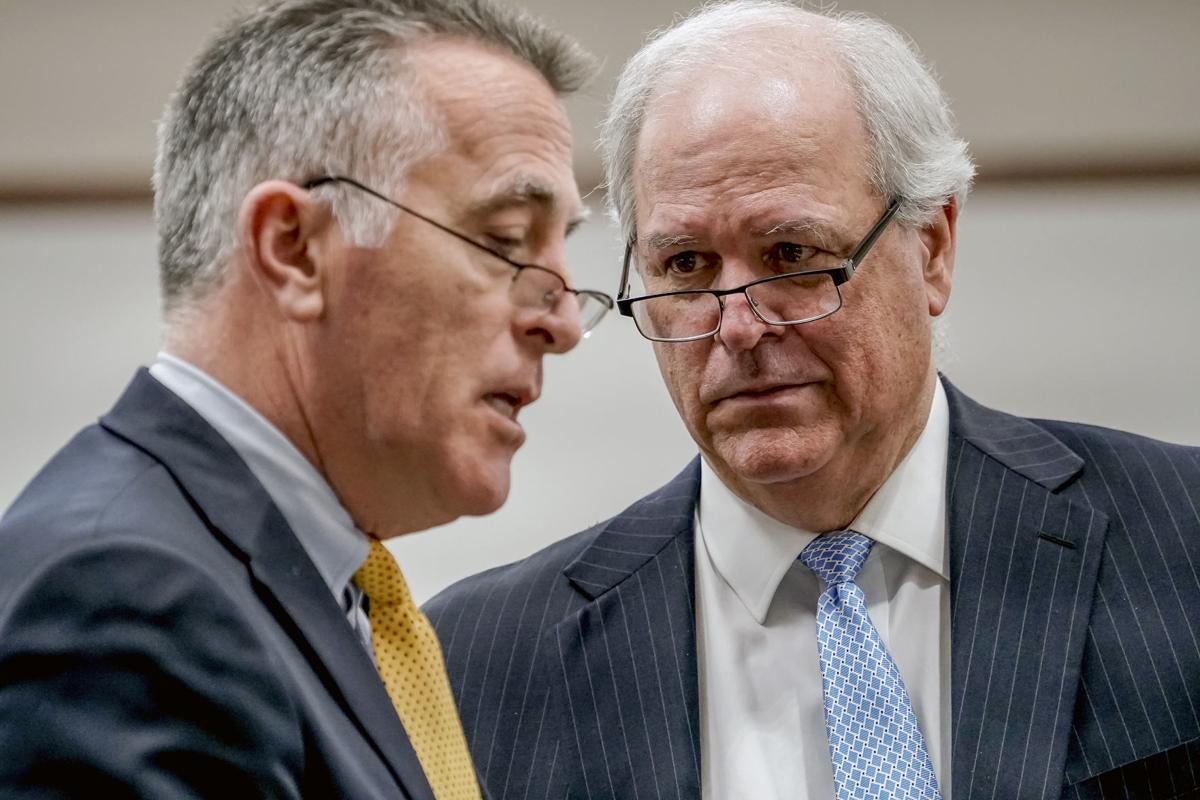 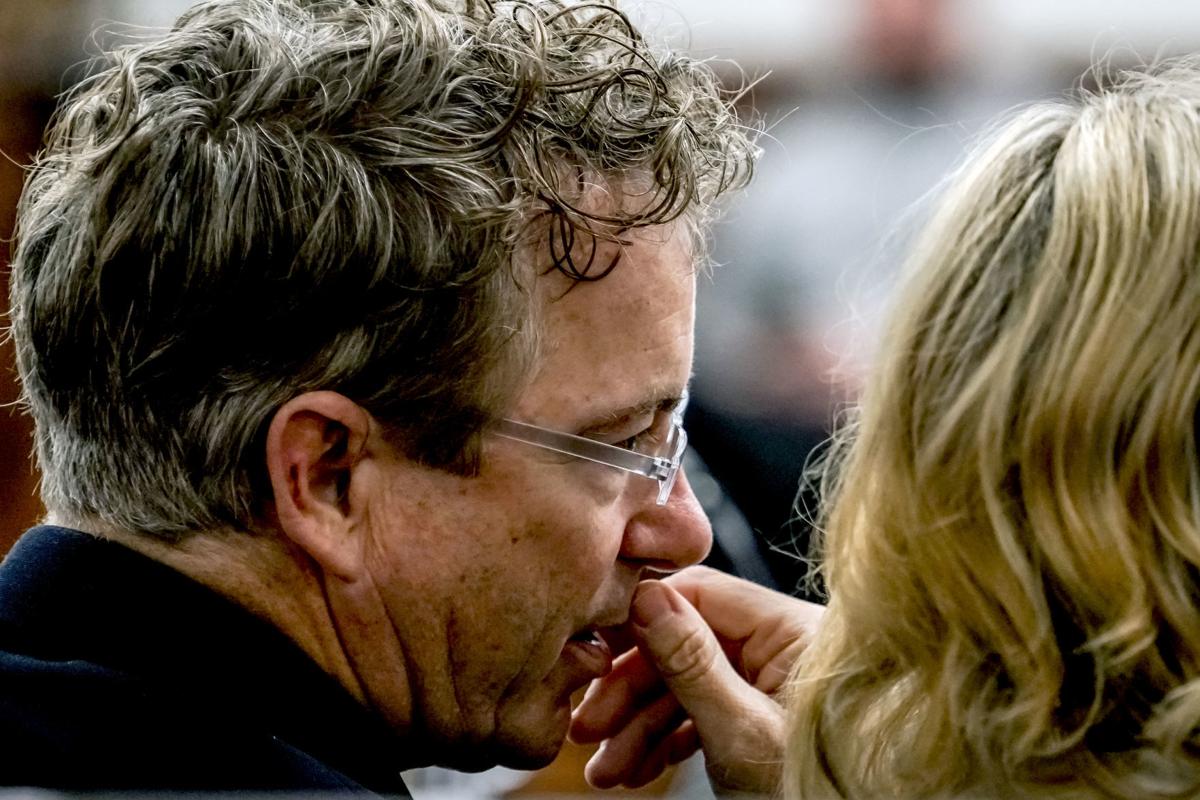 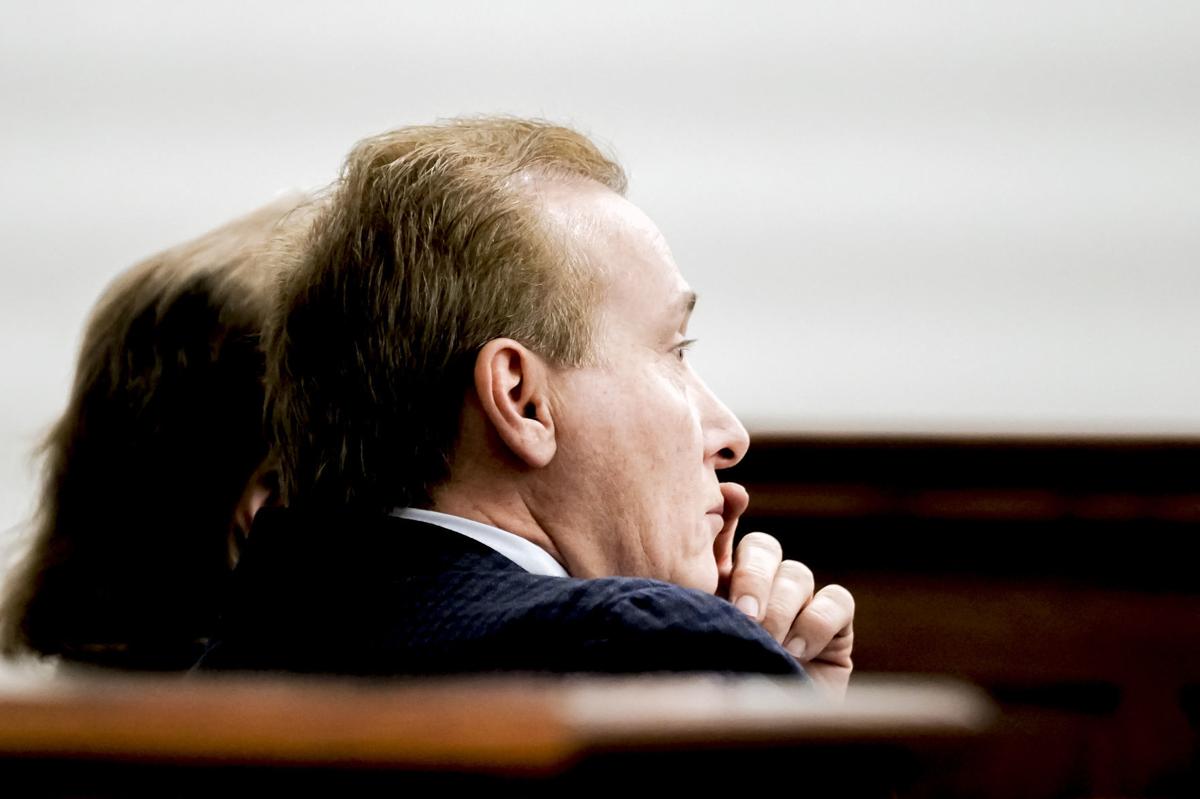 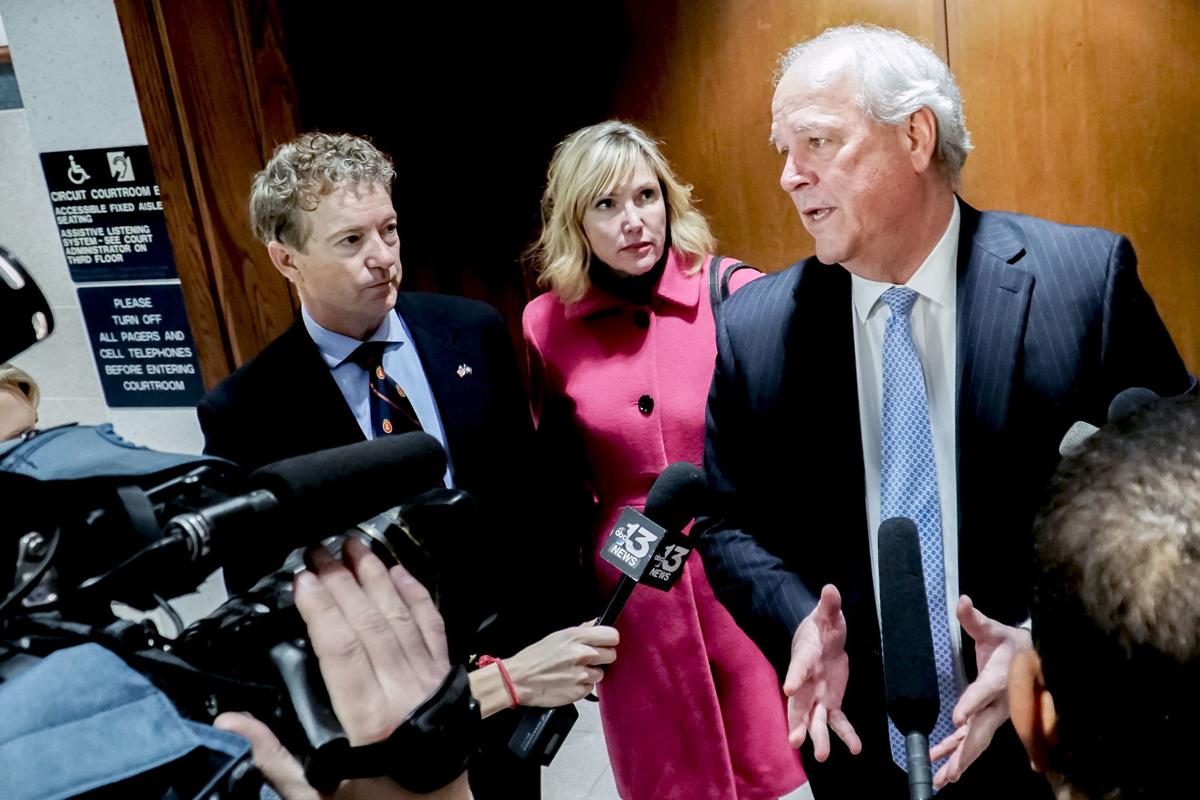 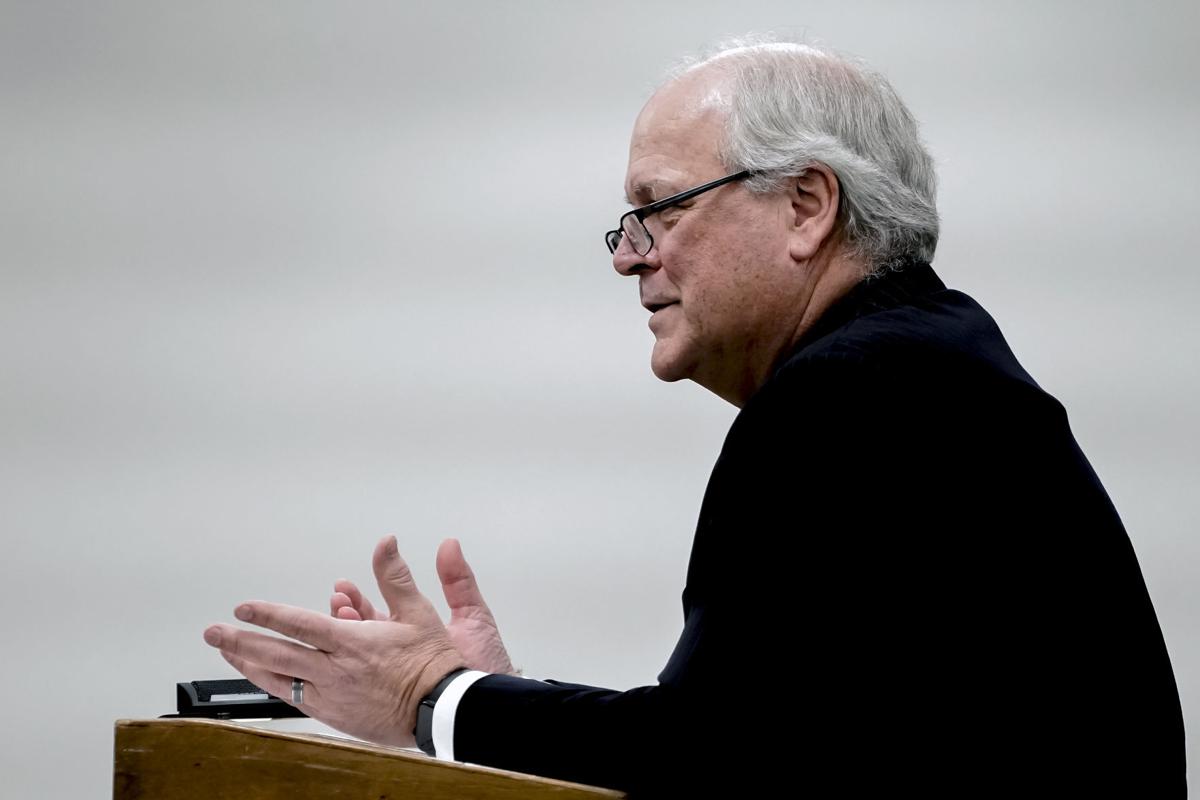 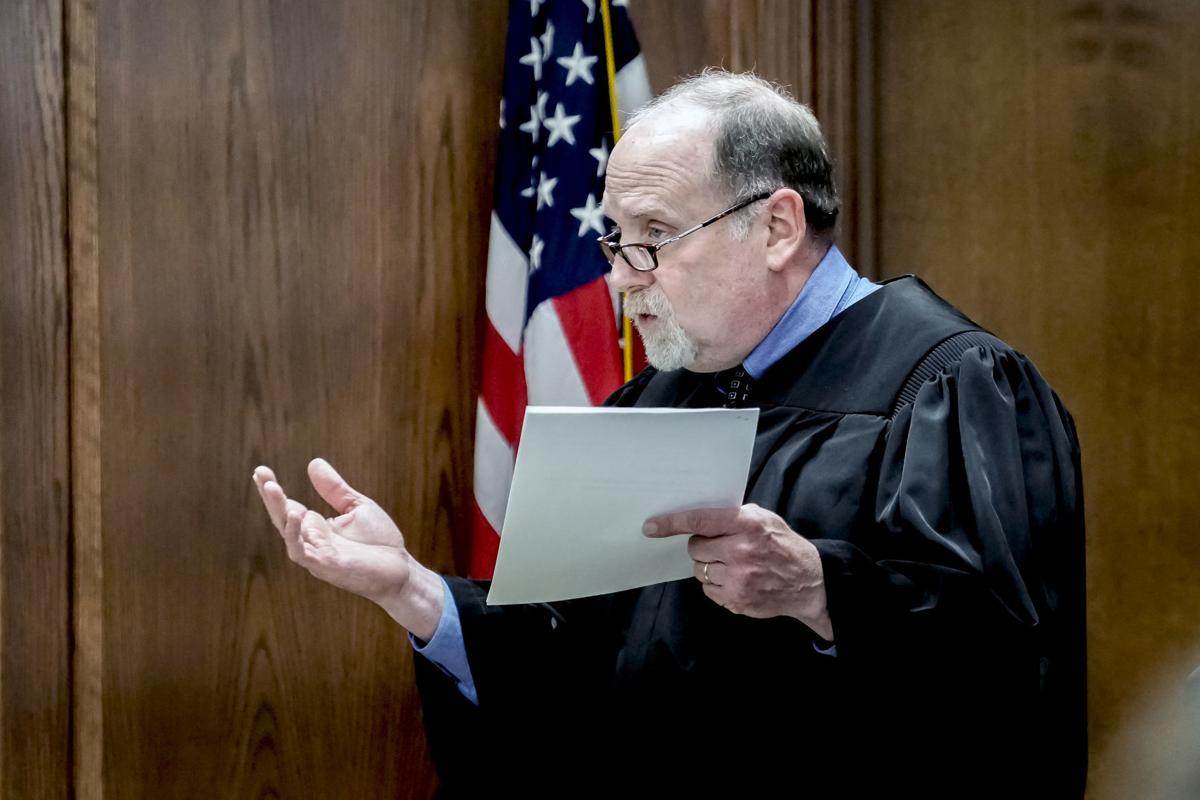 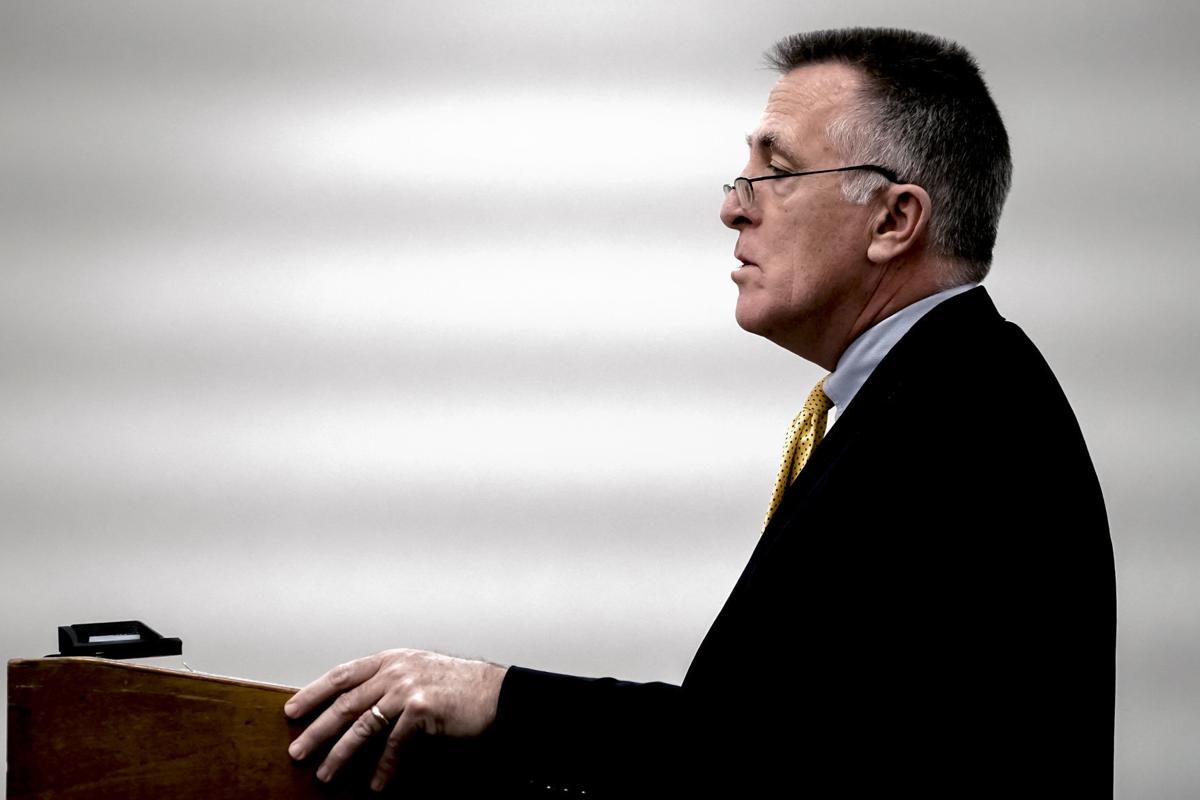 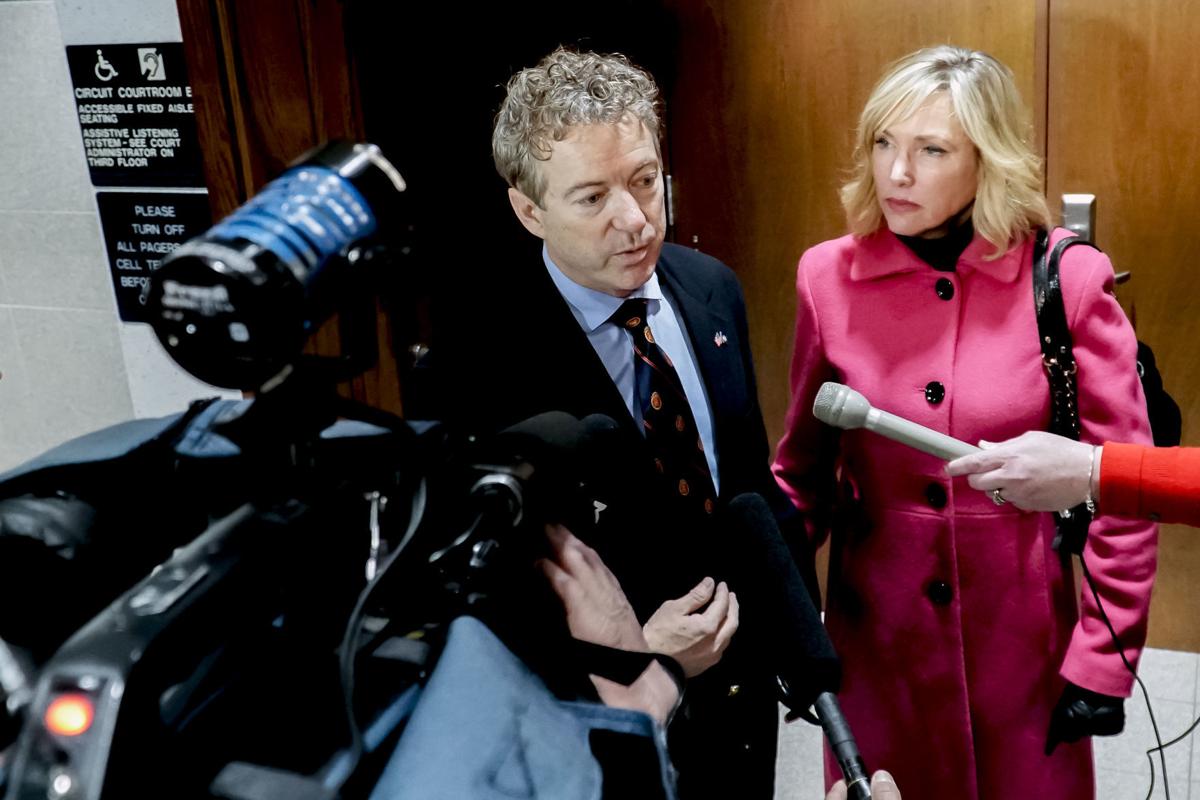 U.S. Sen. Rand Paul (left) speaks to members of the media Wednesday, January 30, 2019, next to his wife, Kelley Paul, during the final day of the civil trial between Paul and his neighbor Rene Boucher in Warren Circuit Court. 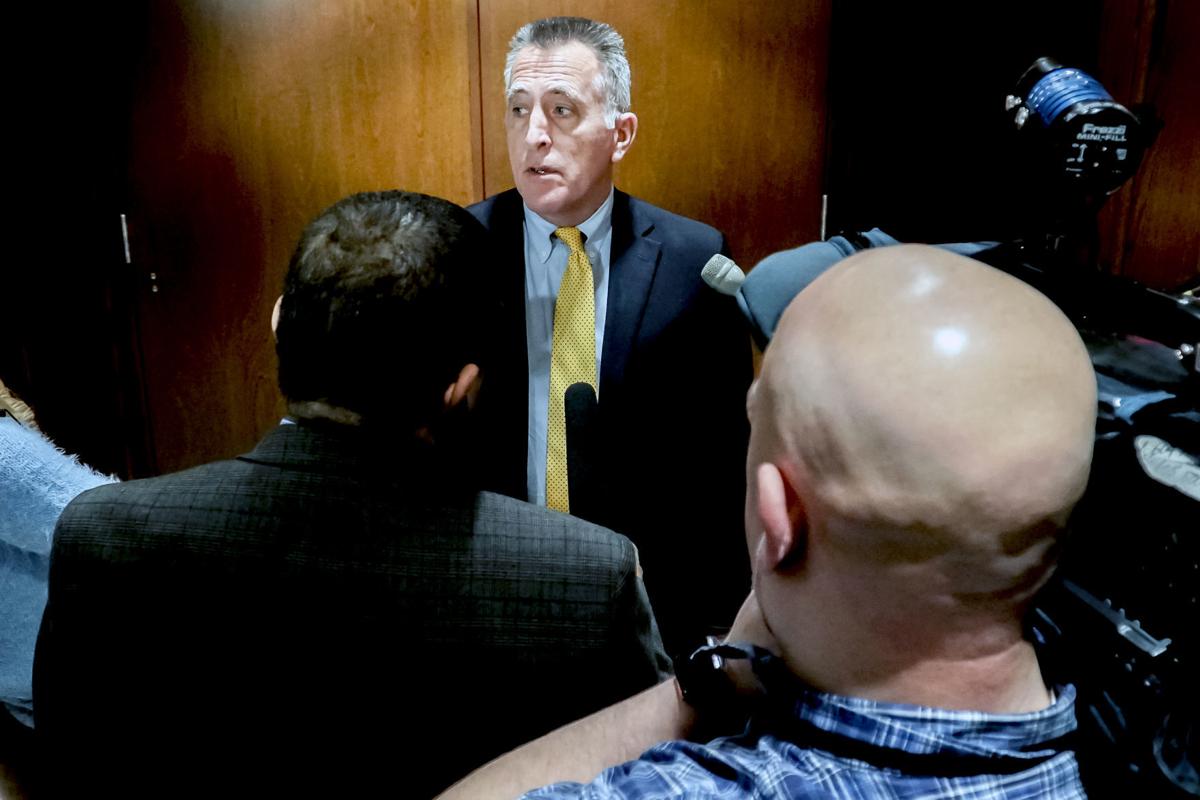 Rene Boucher (right) and his attorney Matt Baker are seen Jan. 30, 2019, during the final day of the civil trial involving Boucher and U.S. Sen. Rand Paul in Warren Circuit Court.

U.S. Sen. Rand Paul (left) speaks to members of the media Wednesday, January 30, 2019, next to his wife, Kelley Paul, during the final day of the civil trial between Paul and his neighbor Rene Boucher in Warren Circuit Court.

During his civil trial this week against his neighbor, U.S. Sen. Rand Paul said he knew that recuperating from injuries caused by being tackled by Rene Boucher would be a “living hell” for at least several weeks afterward.

On Wednesday, a Warren Circuit Court jury decided Paul deserved more than a half-million dollars for his ordeal.

After deliberating for about 90 minutes Wednesday afternoon, the jury of seven men and five women unanimously decided to award Paul $200,000 in compensatory damages.

Nine of the 12 jurors signed the verdict form indicating their preference to award an additional $375,000 in punitive damages.

The jury could have awarded Paul up to $500,000 for pain and suffering and up to $1 million in punitive damages.

The senator had sued Boucher, a retired doctor who lives next to him in Rivergreen subdivision, for damages related to the injuries from the Nov. 3, 2017, tackle that occurred as Paul was doing yardwork outside his home.

Paul suffered six broken ribs, two bouts of pneumonia and a hernia that the congressional physician who treated Paul testified developed from coughing related to the pneumonia brought on by the rib fractures.

After the verdict, Paul said the lawsuit was meant to address “what kind of society we want to live in” and how to best resolve conflicts.

Paul’s attorney, Tom Kerrick, said he believed the jury sent a message through its verdict that violence of the nature described during the trial cannot be tolerated.

“We’re very pleased with the result and we think justice was served,” Kerrick said.

His attorney, Matt Baker, said he was disappointed by the verdict and would “undoubtedly” appeal.

After hearing two days of testimony from Paul, Boucher and several other witnesses, the jury gathered Wednesday to hear closing arguments from the attorneys.

Baker attempted to limit Boucher’s exposure to a costly verdict, arguing that the period of Paul’s pain and suffering ended in early December 2017, when Dr. Brian Monahan, the attending physician for the U.S. Congress, noted during one of Paul’s visits that he appeared to be moving without difficulty and was taking no pain medication.

Baker also noted that Paul had not been hospitalized for his injuries, handling his health care on an outpatient basis and using over-the-counter ibuprofen to treat his pain.

Baker also stressed that Boucher suffered a “momentary lapse in judgment” when he tackled Paul and that Boucher was sincere when he apologized on the witness stand for his actions.

Boucher said that prior to the incident, he had trimmed branches from a row of maple trees planted in Paul’s yard that had begun to grow out across the property line, and he believed he upset his neighbor, prompting Boucher to remove brush piles that Paul had placed in his yard near the property line.

Boucher burned himself the night before the assault when he attempted to dispose of one pile with gasoline, he said.

Boucher’s arrest, criminal conviction on a federal charge of assaulting a member of Congress, 30-day prison sentence, $10,000 fine, community service and the stigma of being a convicted felon served as sufficient punishment for him without tacking on punitive damages sought by Paul, Baker said.

“If I had to pick a word for my client today ... it would probably be ‘infamous,’ ” Baker said.

Kerrick argued that the evidence clearly showed that Paul’s injuries did not pose a minor inconvenience for him, and he pointed to testimony from a doctor who said Paul was at risk for later bouts of pneumonia due to the way the three displaced ribs have healed.

Kerrick reminded jurors of testimony from neighbors and from Paul’s wife, Kelley Paul, who said they recalled how the senator experienced difficulty breathing and discomfort in the days and weeks following the attack.

Rand Paul testified that he was able to return to an active life that including rounds of golf, two ski trips, yardwork and other activities beginning around February 2018, but his injuries limited his movement.

“This was a serious injury and there’s no medical proof to dispute that,” Kerrick said. “You have to deter (Boucher) from ever doing this again. ... Rand had no clue who hit him, he had no chance to prevent this attack and defend himself from this attack.”