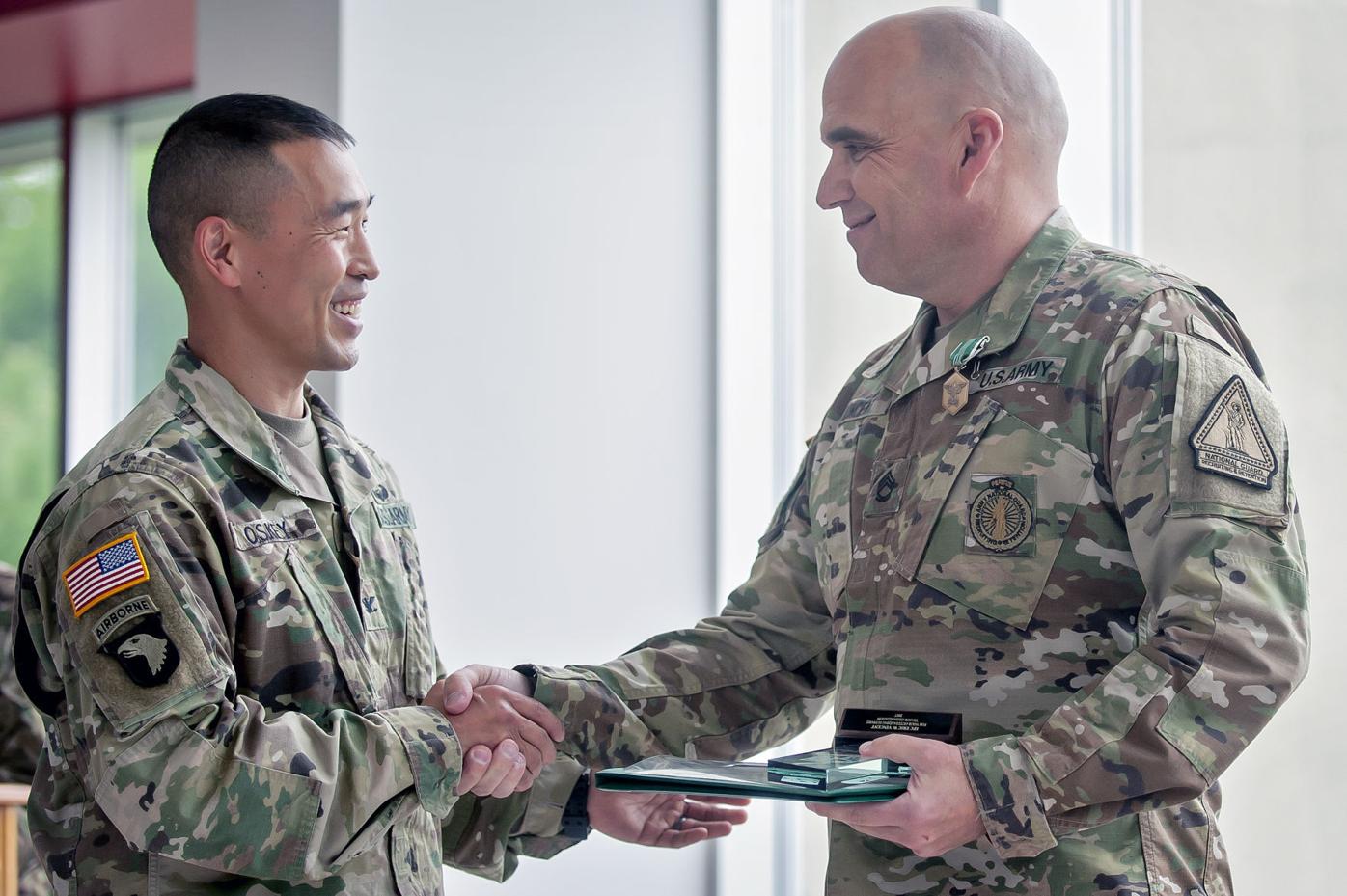 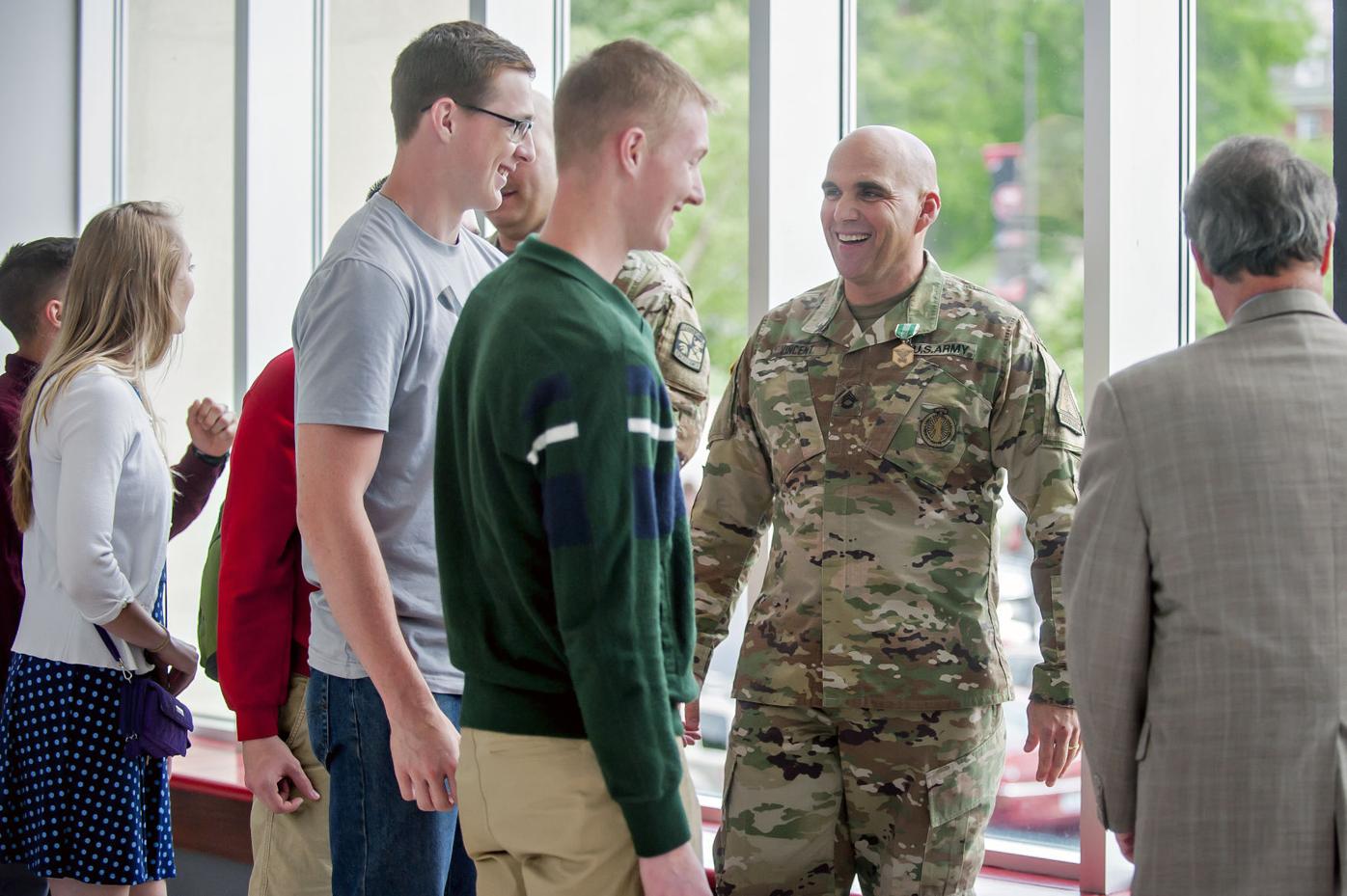 after receiving the Gen. William E. DePuy Award during a ceremony at E.A. Diddle Arena.

after receiving the Gen. William E. DePuy Award during a ceremony at E.A. Diddle Arena.

Sgt. 1st Class Eric Vincent treats Western Kentucky University’s ROTC cadets as if they were his own kids.

“I watch them grow up to 2nd lieutenants in the National Guard. I invest what I learned in them. I’m going to be here with you in your college years,” the National Guard recruiter and liaison said. “My reward is watching these kids graduate and become successful. We give them an education, provide tuition and help them be successful.

“I follow their GPA. I follow their grades. My philosophy is that I want to keep you in the boat, not throw you a life preserver,” he said. “It goes back to being a dad. You’re not going to let your kids fail.”

So when he found out he was the recipient of the Gen. William E. DePuy Award, which is considered the most prestigious honor given by the U.S. Army Cadet Command, the parent organization of the Army ROTC program, he was “honored and shocked.” One recipient is selected each year from nominations submitted by Army ROTC units across the nation.

“A recruiter never received the award before,” Vincent said. “My goal is to get as many kids on the hill as I can. We treat the cadets like soldiers.”

“He’s for the program, community and university. He’s a leader in the community. If you need something done or need someone to do something, he probably knows someone who can help you,” he said. “He has a wealth of contacts in the community. He is the National Guard recruiter and liaison, so he works with the ROTC, but not for it.”

When MacMillin found out Vincent was getting the award, he was “amazed.”

I didn’t know how big the award was,” MacMillin said. “For us, the National Guard liaison receiving it is very humbling. We’re very proud.”

“I see him working with the cadets and steering them every day to be where they need to be,” she said.

“We work together as a team,” she said. “He’s a strong person, a great leader. He teaches the boys to tackle the hard times.”

He has also been a rock when she lost her father, Thomas Crafton, two weeks ago.

“He and I have been through a lot with loss,” she said, her voice filled with emotion. “I’m so blessed to have him. I run into people from time to time and they’re like, ‘If it weren’t for Sgt. Vincent, I wouldn’t be here.’ ”

Eric Vincent practices what he preaches when it comes to education. He is finishing up his bachelor’s degree in organizational leadership.

“I’m a citizen, soldier and Hilltopper, and I love it,” he said.