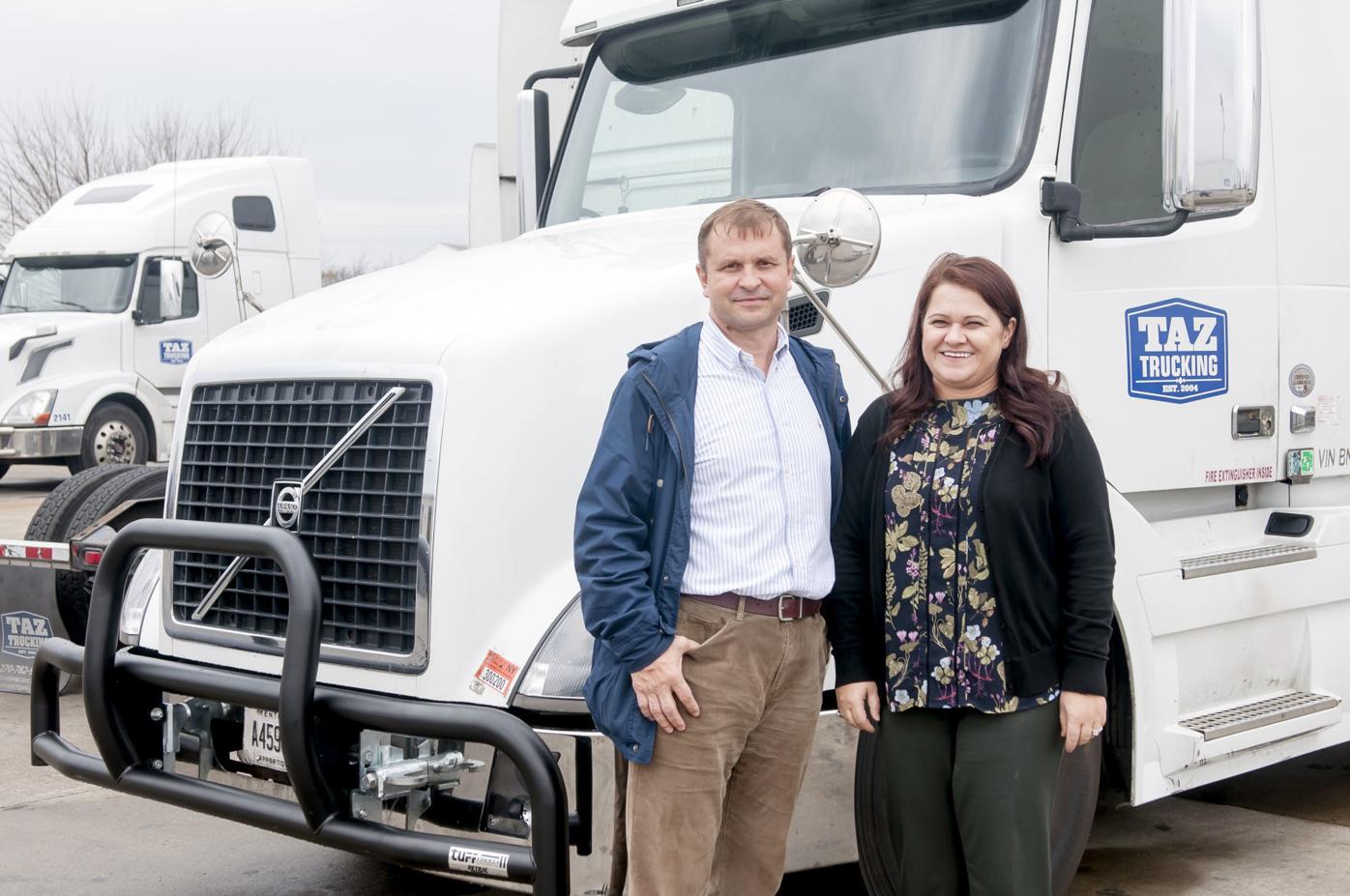 TAZ Trucking founders Tahir Zukic (left) and Amira Zukic are anxious to return to normal operations after Gov. Andy Beshear's executive orders have led to the business operating at 25 to 30 percent of its normal volume. 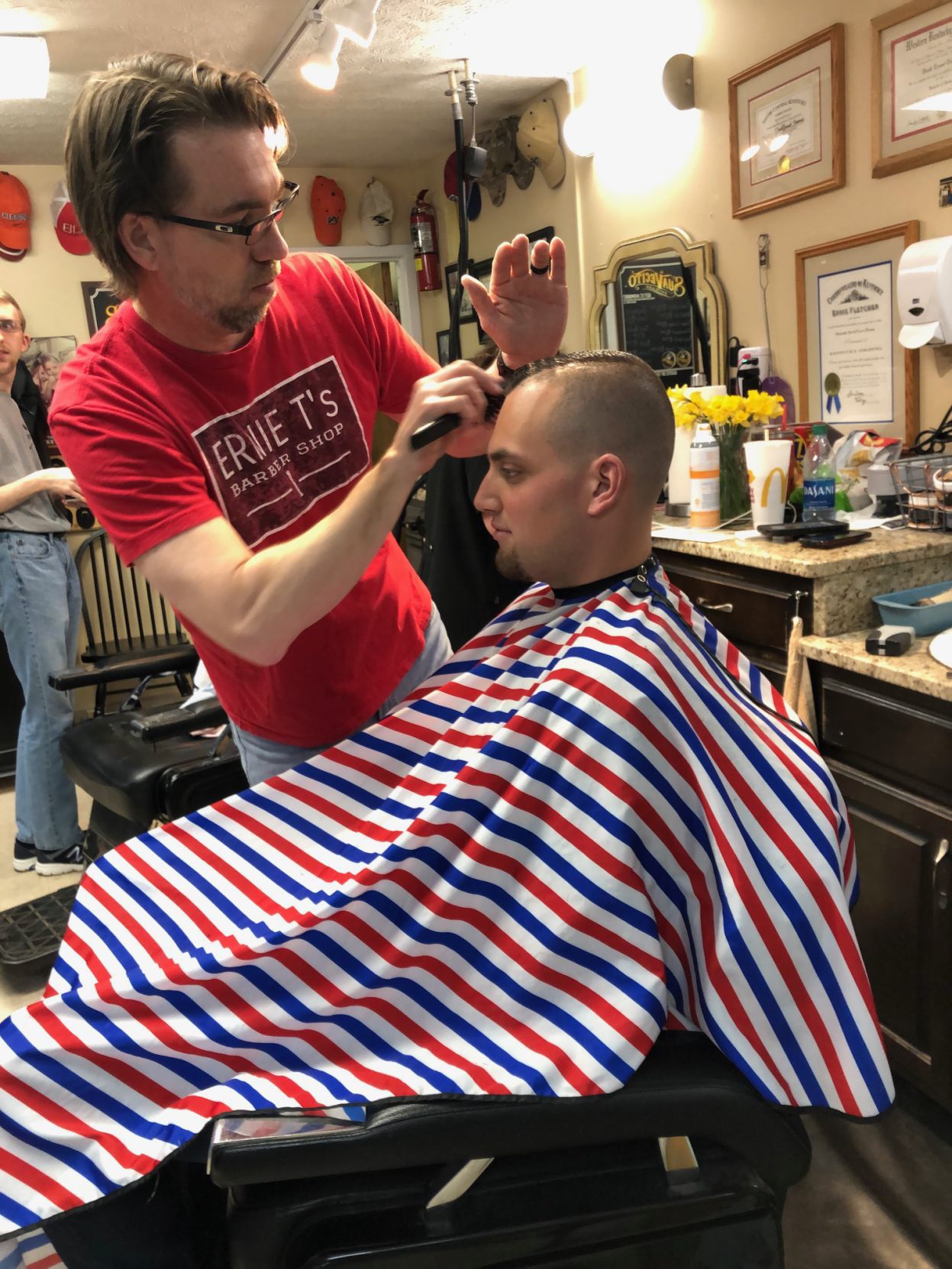 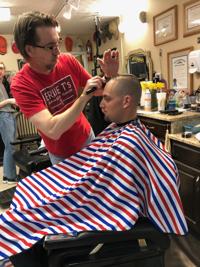 TAZ Trucking founders Tahir Zukic (left) and Amira Zukic are anxious to return to normal operations after Gov. Andy Beshear's executive orders have led to the business operating at 25 to 30 percent of its normal volume.

Tahir Zukic has done enough servicing and cleaning of vehicles. After nearly two months of watching his TAZ Trucking company take a hit from the business-stifling measures put in place to slow the spread of the coronavirus, Zukic wants his trucks and the nation’s economy to start rolling again.

Even though as an “essential” business TAZ Trucking has continued to function, Zukic said his company has been operating at about “25 to 30 percent” of normal business volume.

“A lot of our customers had to shut down, so we didn’t have anything to ship,” Zukic said. “We’re hungry to get going again.”

Zukic, a native of Bosnia who came to Bowling Green in 2000, said the federal Paycheck Protection Program has helped him keep his drivers and mechanics on the payroll and keep his fleet in good shape.

Zukic’s impatience is shared by many Kentuckians who have watched other states begin to reopen their economic activity at a faster rate. Zukic is encouraged, though, that Gov. Andy Beshear has unveiled a “Healthy at Work” plan that should at least shift his business to a higher gear.

Beginning Monday, Beshear’s plan will allow manufacturing, distribution, supply-chain, construction, vehicle and vessel dealerships, office-based businesses, photography and horse-racing (with no spectators) to operate with some restrictions. Other businesses – including retailers, movie theaters, barber shops and restaurants – will have to wait a while longer for the governor to loosen the reins.

Those with a decidedly more laissez-faire approach to economics aren’t happy with the slow-and-steady approach taken by Beshear and other governors.

“The power grab of many governors has been outrageous and unconstitutional,” said Brian Strow, a Western Kentucky University professor of economics. “The last thing we need is the government picking economic winners and losers. You will see politically connected businesses getting the green light first. Just ask the racetracks.

“Our governor wants to protect our rights to buy liquor and lottery tickets but not the rights of small business people whose businesses are their livelihoods and their lives.”

Strow might get a quiet “amen” in some circles, as protests in Frankfort and other state capitals have demonstrated, but many local business owners aren’t nearly so vocal.

David Jaggers, general manager of Leachman Buick-GMC-Cadillac in Bowling Green, admits the social distancing mandates from the governor have hurt his business, but he said the dealership has gone above and beyond to keep employees and customers safe.

“I don’t agree with all the executive orders the governor has had, but I’m going to be a good citizen and conform to them,” Jaggers said. “We’ve been doing temperature checks of all employees, and we’ve had no customers in the showroom. We didn’t want to expose anyone, so we’ve been very cautious.”

With no customers allowed in the showroom, and with unemployment near record levels, Jaggers said his business is down “40 to 50 percent.” He said he hasn’t laid off a single full-time employee and will be at full strength when he’s allowed to reopen his showroom Monday.

“We’ll all be glad when we can get back to the way it was before,” he said.

Jaggers’ dealership will get back to some sense of normalcy next week, but other businesses still must wait.

In particular, restaurant owners and operators have been left wondering what sort of guidelines Beshear will require before they can fully reopen.

Josh Poling, owner of Hickory & Oak restaurant in downtown Bowling Green, was hoping to hear Beshear say last week that eateries could begin operating at 25 to 50 percent of their seating capacity, but that hasn’t happened.

“I thought we’d be able to start letting people back in the restaurant,” Poling said. “I was frustrated, but I don’t necessarily think that was the wrong decision. There’s still a major, major health crisis.

“There are a lot of tough decisions being made, trying to strike that balance between staying healthy and keeping the economy strong.”

Unlike many restaurateurs who have continued carryout and delivery meals as a way of staying afloat, Poling opted for safety’s sake to close Hickory & Oak for the duration of Beshear’s executive order.

He fully expects restaurants to bounce back, even if they are forced to make some changes.

“You’ll probably see some PPE (personal protective equipment like masks and gloves) on the staff,” Poling said. “You’re going to see some changes, but restaurants are under scrutiny all the time anyway. We already operate on such tight standards.

“I think restaurants will be busy again, and I think it will be safe to eat out again.”

Like Poling, Ernie Thomas must wait to start welcoming customers to his business. Owner of Ernie T’s Barber Shop on Scottsville Road in Bowling Green, Thomas is among business owners scheduled to reopen May 25 under Beshear’s plan.

Like his customers who are no doubt long overdue for a trim, Thomas has been patient since an executive order forced him to close March 18.

“It has been tough,” he admitted. “Thankfully, we’ve made it OK. Unemployment insurance has helped, and my landlord has been super. But I’m of the mindset that we all need to do everything we can to stay safe.”

Like Thomas, WKU’s Strow understands the need for safety. But he also understands the dangers of allowing government to play too large of a role in dictating how businesses operate.

“Yes, those with health problems should voluntarily quarantine themselves and everyone should be diligent with social distancing protocols,” Strow said. “But it is important that we don’t make the cure worse than the disease.

“Opening up the economy doesn’t mean returning immediately to normal. It means that we allow people the freedom to make decisions in their own self-interest.”

Robin Amonett’s grilled cheese sandwich and chili may have tasted a little better than usual on Monday.