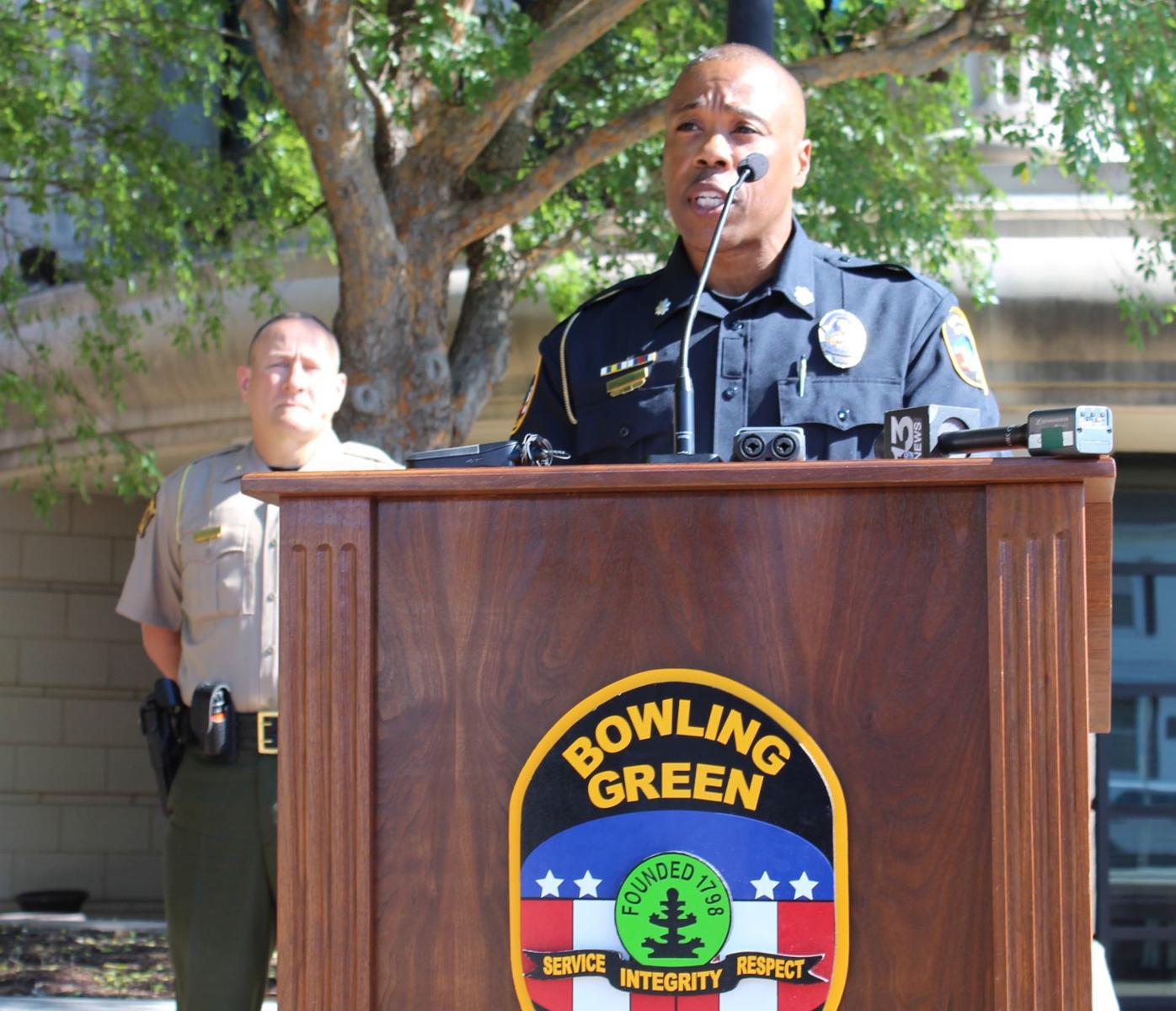 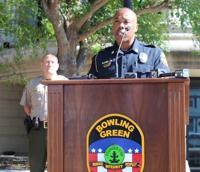 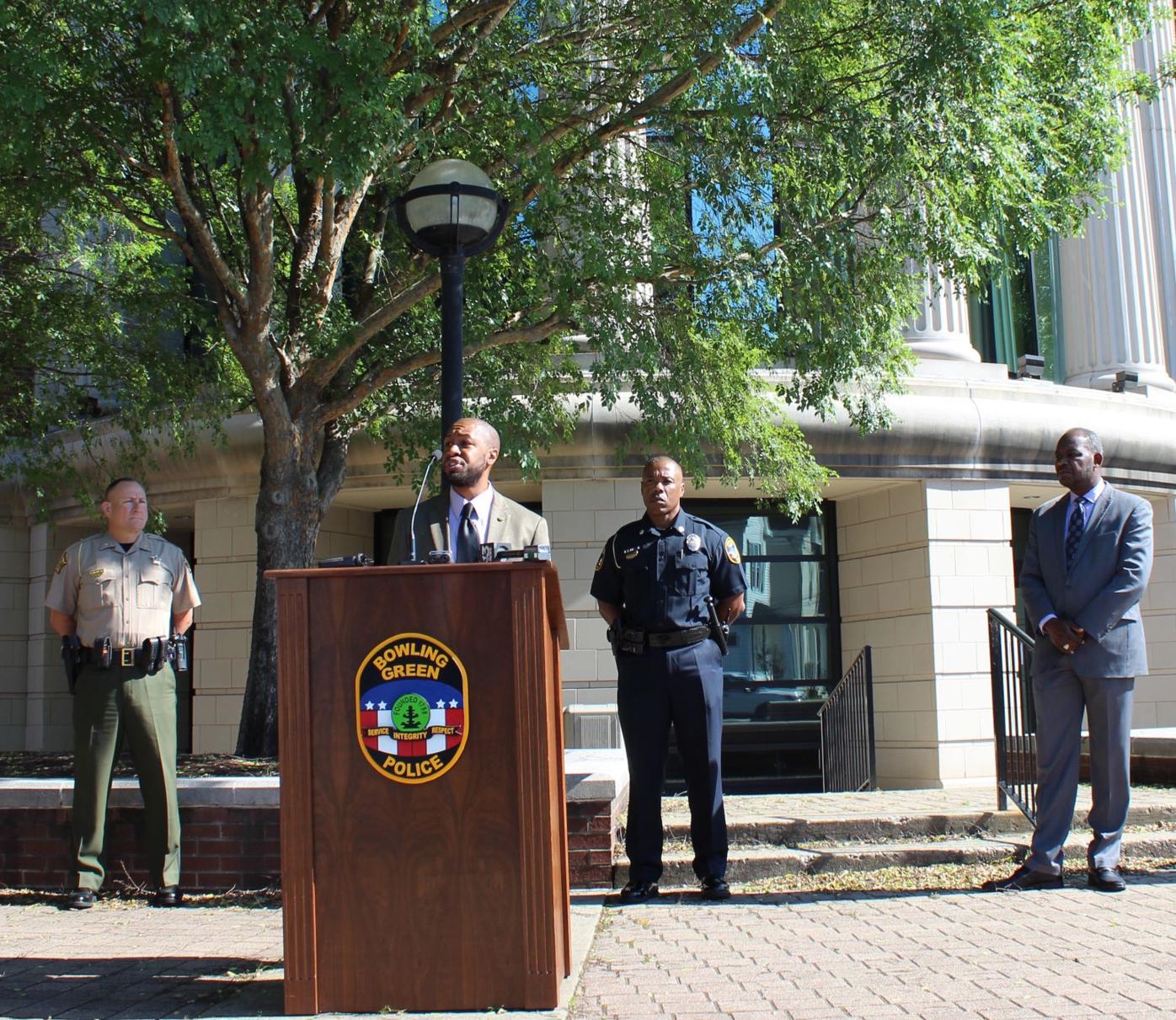 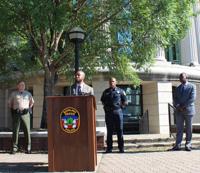 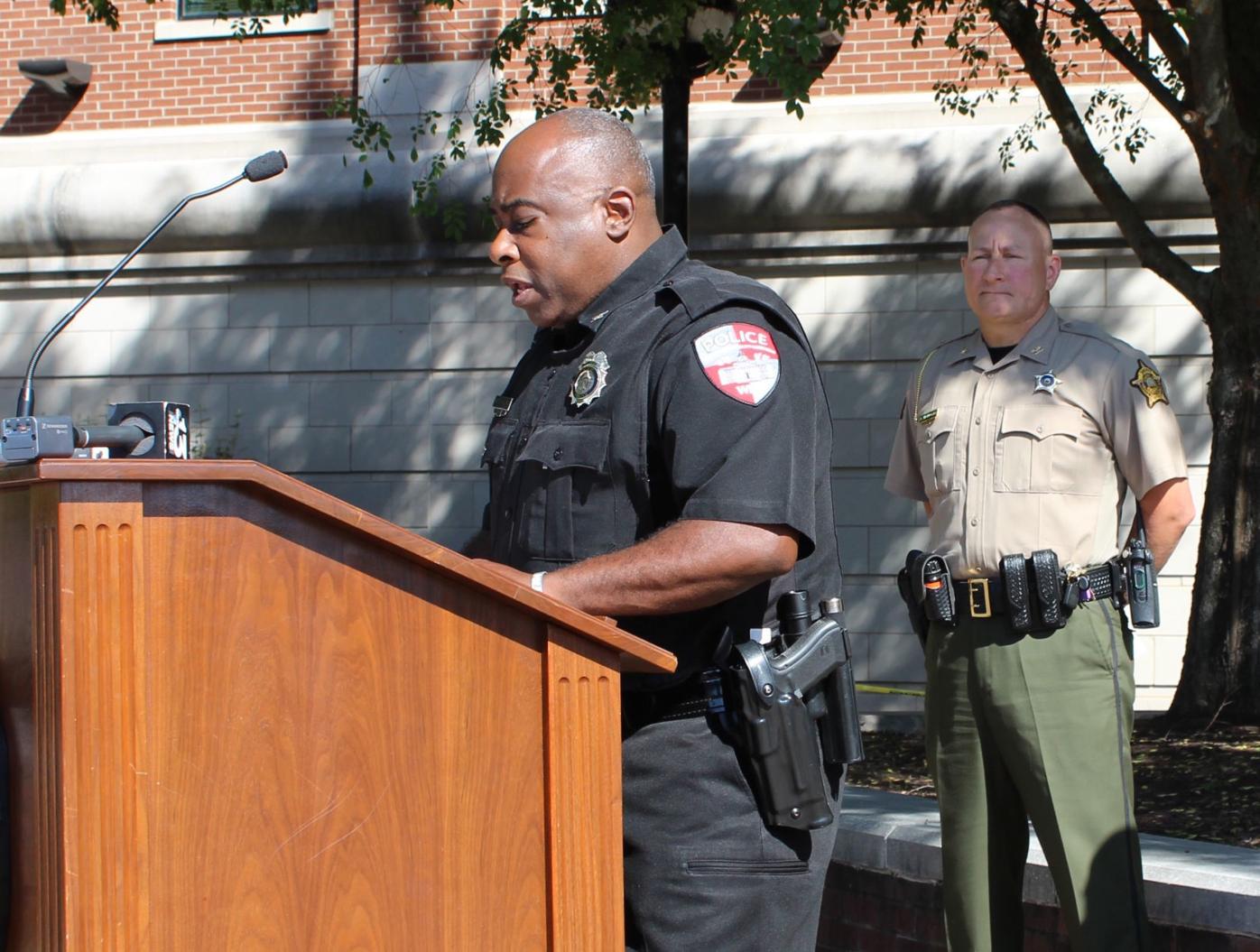 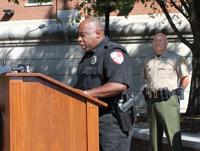 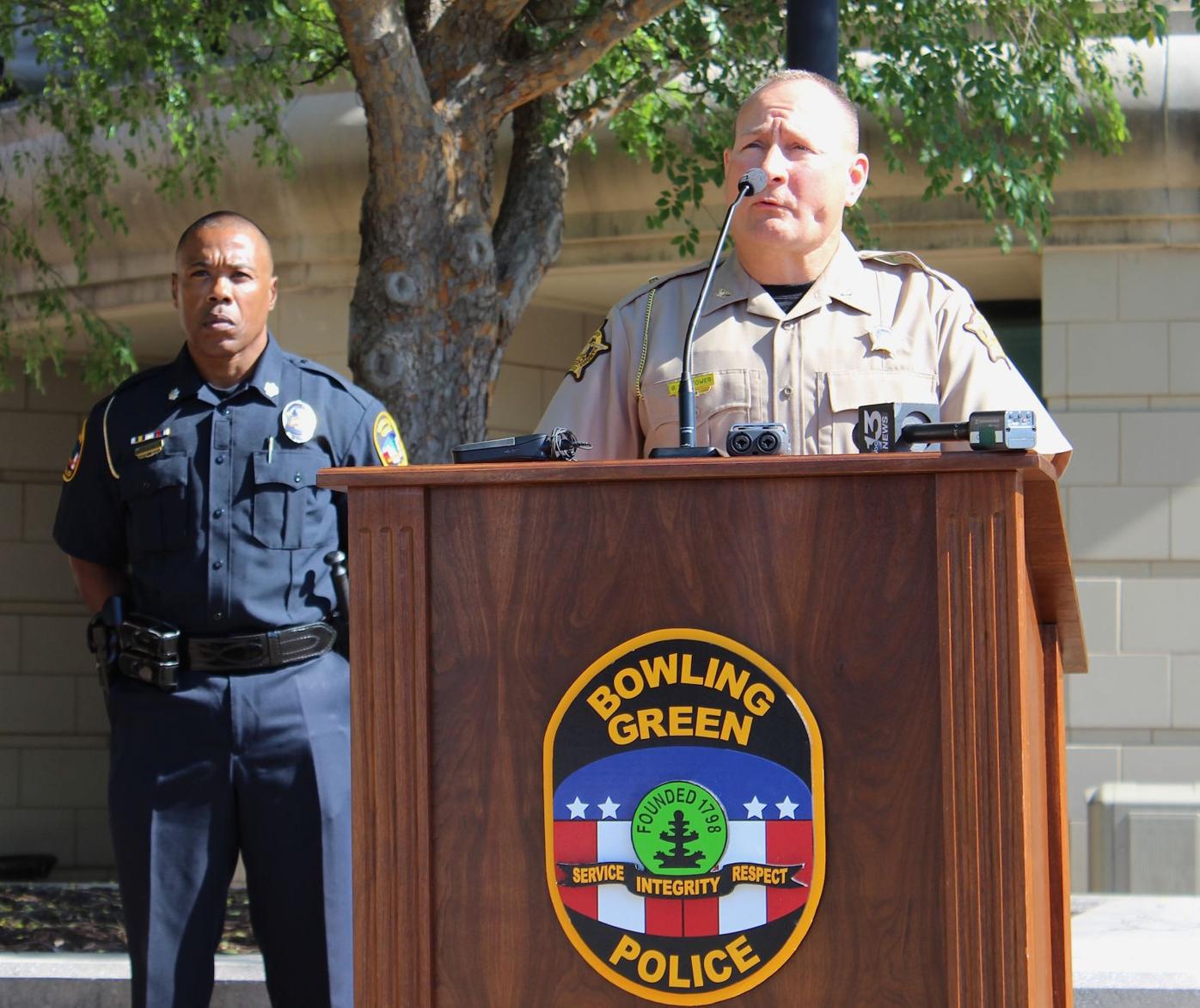 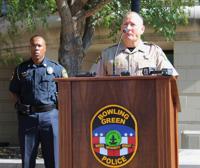 Law enforcement officials and community leaders displayed a united front Saturday in condemning the actions of police in Minneapolis that led to the death Monday of George Floyd, an African American man, and urging demonstrators to respond peacefully.

Warren County Sheriff Brett Hightower said he and other law enforcement leaders felt it was important to have a collective response to recent events, which have touched off protests and demonstrations in numerous cities, including Bowling Green.

On Friday, Hightower posted on the agency’s Facebook page that he believed Derek Chauvin, the white Minneapolis police officer shown on video pressing a knee into Floyd’s neck, betrayed his oath of office.

Chauvin was arrested Friday on charges of third-degree murder and manslaughter.

At a news conference Saturday morning outside the Warren County Justice Center, other leaders echoed the sheriff’s message.

“We would like to stand alongside countless law enforcement leaders that have shown their solidarity,” said Lt. Col. Mike Delaney of the Bowling Green Police Department. “(Chauvin) needlessly and without due process of law deprived George Floyd of his equal protection.

Chief Mitch Walker of the Western Kentucky University Police Department affirmed that his agency would continue to serve the campus and the community responsibly, voicing his commitment in remarks that referenced Floyd’s death, as well as the recent deaths of African Americans Breonna Taylor and Ahmaud Arbery.

Taylor was shot and killed March 13 in her Louisville home by Louisville Metro Police Department officers reportedly serving a no-knock search warrant meant for another address.

Arbery was shot and killed Feb. 23 in Georgia after being confronted by a white father and son while jogging in his neighborhood.

“The deaths of Breonna Taylor, Ahmaud Arbery and George Floyd put a necessary reminder in our hearts that peace, equality and justice for all must be a conscious effort by each of us,” Walker said. “Let us not allow civil unrest and threats of violence (to) pull us apart.”

Ryan Dearbone, president of the Bowling Green/Warren County chapter of the NAACP, said that he and other NAACP officials nationwide are working with law enforcement and civic leaders to seek justice “not only ... for the racist incidents that have already occurred but also to prevent further situations from ever happening.”

“We believe that this is not indicative of the way the majority of law enforcement officers carry themselves during their jobs,” Dearbone said. “We ask that if people plan to take part in demonstrations that it be done peacefully. We also ask those that may venture upon those demonstrations to please be respectful of those who are exercising their freedom of speech.”

While not directly addressing the incident Friday in which a man was arrested after allegedly striking a demonstrator with his truck outside BGPD headquarters, Dearbone said it takes more than a few people to work to stop the violence that has galvanized protesters.

“I want to remind us that there are more good officers than there are those like in the Minneapolis situation, but when there is no justice, there is no peace,” Lee said. “As we fight for justice, let us also work toward ... peace, the well being of the common good of the moral populace.”

When Warren County Sheriff Brett Hightower watched the harrowing video footage of George Floyd lying on the ground, repeatedly saying he could…