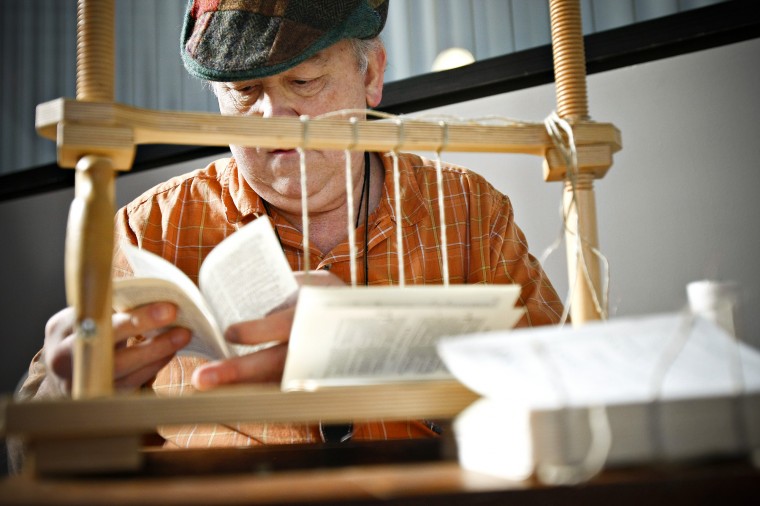 James Moore, of Bowling Green, Ky., an 18th century book binder looks through loose pages while making a book at the Community Farmers Market, Saturday, Nov. 24, 2012, in Bowling Green, Ky. The Community Farmers Market is open on Saturday all year long from 8 a.m. to 1 p.m. and is located at the old mall on Nashville Road. (Photo by Alex Slitz/Daily News) 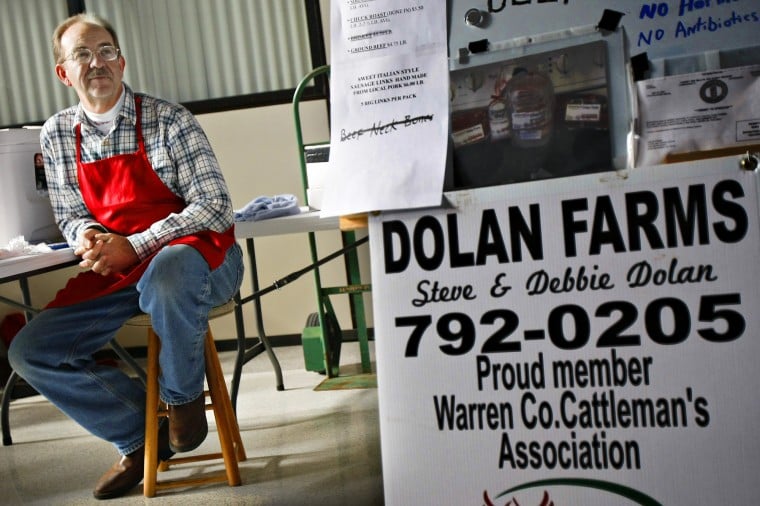 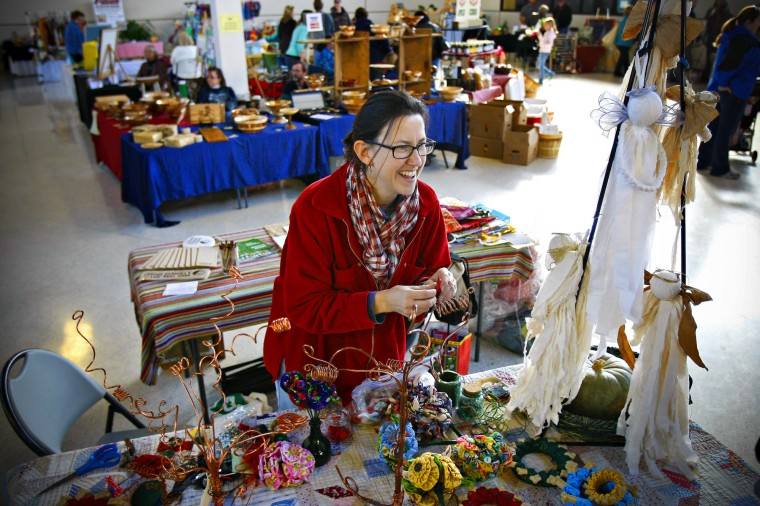 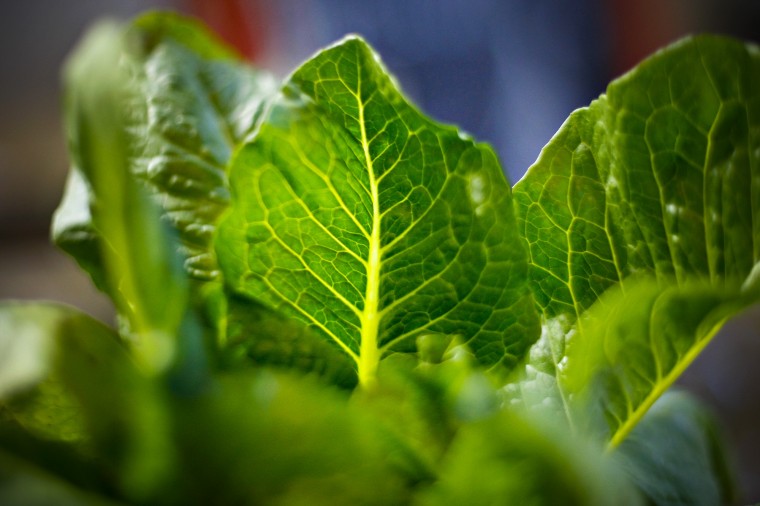 James Moore, of Bowling Green, Ky., an 18th century book binder looks through loose pages while making a book at the Community Farmers Market, Saturday, Nov. 24, 2012, in Bowling Green, Ky. The Community Farmers Market is open on Saturday all year long from 8 a.m. to 1 p.m. and is located at the old mall on Nashville Road. (Photo by Alex Slitz/Daily News)

Connie Hall of Franklin likes the fact that she can talk to the producers of the meat and produce she purchased Saturday.

Hall was one of the hundreds who came out for the Community Farmers Market indoor winter market at Western Kentucky University’s Center for Research and Development on Nashville Road.

The market will be open year-round every Saturday from 8 a.m. to 1 p.m. When the weather warms back up, it will move outside.

“I was shopping at Big Lots and saw that it was open, so I came over,” Hall said.

She purchased some earrings and meat, and decided to come back again Saturday, bringing her family.

The Halls were purchasing beef, pork and some vegetables.

“With the concerns that we have about all the chemicals that go into our food these days, it’s good that here we know how they have been produced,” she said.

“They can tell you everything about the product,” Wassom said. “And I appreciate that.”

Wassom said the farmer who grew the carrots that Davis purchased told her that the tops had been nibbled on by deer, and Wassom was given hints about how to prepare the kohlrabi she had purchased for the first time.

“They said I could put it in soups,” she said.

Davis actually shared a recipe for pepper jelly with one of the vendors.

The three women, who go to summer farmers markets, said they are happy that they can continue to shop locally through the winter.

Jacqueline Berry of Glasgow was selling at the market for the first time Saturday. She participated in an outdoor market in Barren County over the summer.

Through her business, Flourishing Herbs, Berry grows herbs, peanuts and other items. In addition to selling cool weather herbs fresh, Berry dries the ones she grows in the summer and sells them either as potpourri or to use for cooking.

“I had some dandelion weed (to use for tea), but I sold it all,” she said.

Berry said the dandelion weed is known for having cleansing and detoxifying properties.

“It tastes good and is good for you,” she said while sipping some of her sample.

Berry expects she will be able to produce fresh herbs through mid-December, depending on the weather. Her season can be extended next year if she is able to purchase a high tunnel – a sort of miniature greenhouse.

An art teacher by trade, Berry also sells silk scarves she hand dyes, many in natural dyes made from some of the plants she grows.

Julie Kratts of Dancing Wind Berry Farm in Rockfield cultivates an acre of blueberries and a half-acre of raspberries. In the summer, she sells them from the farm.

And with the bounty that she didn’t sell, Kratts produced jams, jellies, made baked goods and froze the late raspberries that were harvested in October.

She appreciates having the winter market to come to since she’s too busy in the summer.

Sarah Wilson and her husband, Matthew Taylor Wilson, sell leather bracelets and other items and prints through Etsy online. Their shop is at etsy.com/shop/thewellkeptthing.

“We wanted to have a (physical) place to share it with the community, so this is good,” Wilson said of the winter market.

— For more information about the market, visit www.communityfarmersmarketbg.com.