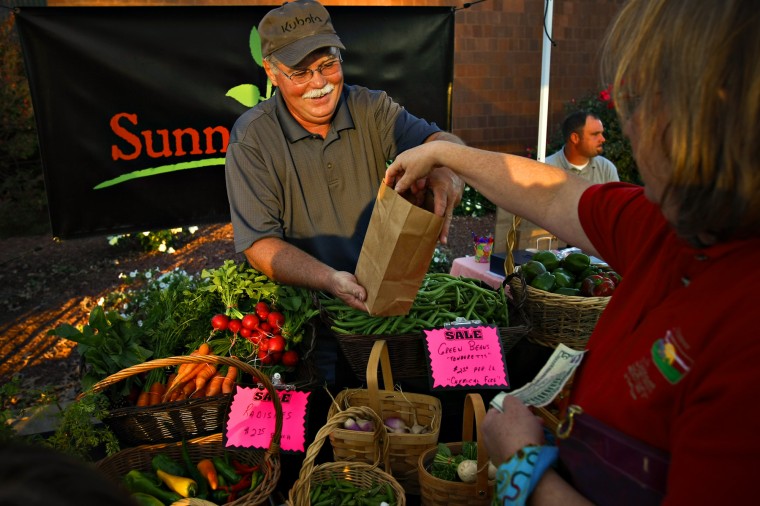 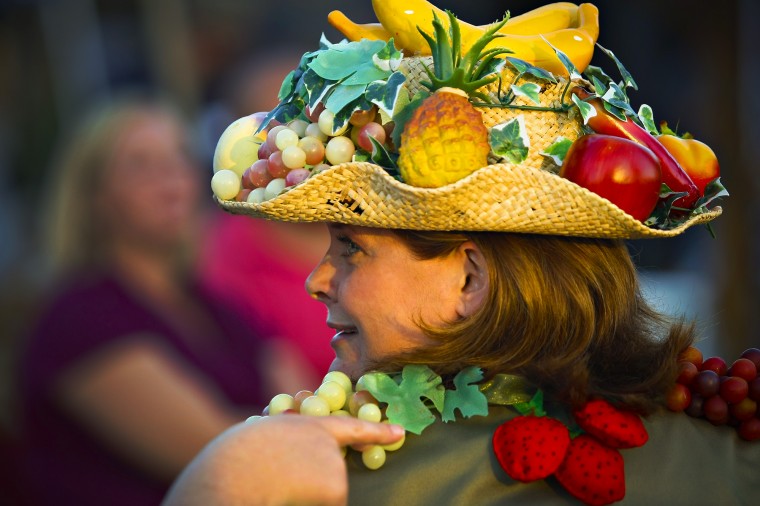 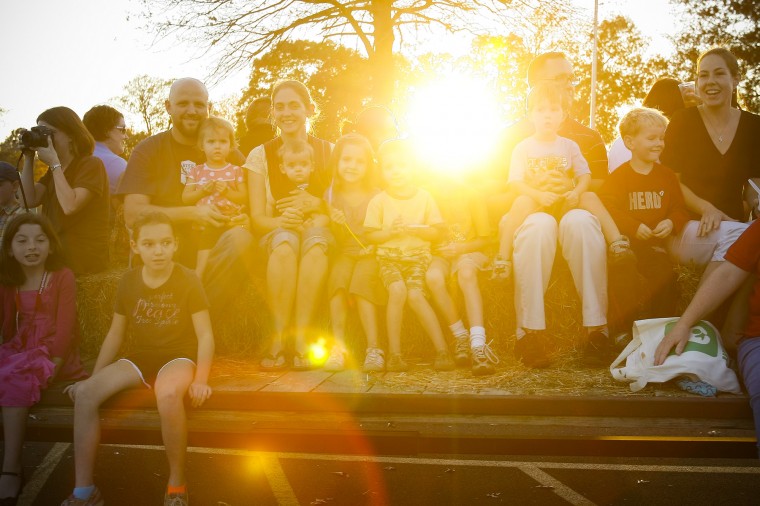 People take a tour of the farm during the Food Day event at the Western Kentucky University farm, Wednesday Oct. 24, 2012 in Bowling Green, Ky. Food Day is a national event to promote affordable healthy food. (Photo by Alex Slitz/Daily News)

People take a tour of the farm during the Food Day event at the Western Kentucky University farm, Wednesday Oct. 24, 2012 in Bowling Green, Ky. Food Day is a national event to promote affordable healthy food. (Photo by Alex Slitz/Daily News)

Two years ago, Tim Kercheville began growing vegetables in his backyard in downtown Bowling Green, seeing an artistic beauty in living off his own land.

Now, about three-quarters of the food he consumes he grows himself and he’ll soon be moving to a 14-acre farm near Richardsville so he can grow even more.

On Wednesday, Kercheville brought some of his crops to a Food Day celebration at Western Kentucky University’s L.D. Brown Agricultural Exposition Center. Food Day is a national movement toward more healthy, affordable and sustainable food.

Wednesday was the first time Bowling Green has celebrated Food Day as a community, said Christian Ryan-Downing, sustainability coordinator at WKU. The event was a collaboration between her office, the Community Farmers Market and the Barren River District Health Department.

The day included a conference with sessions about nutrition, the business of farming and reaching the community with local food. In the evening, a farmer’s market allowed the public to meet local farmers and learn about the food they offer.

At the market, Kercheville explained the pollination process he uses on his crops. He believes rising food and gas prices have caused people to look closer to home for food sources.

“There’s a trust relationship you can build with your farmer ... there’s a natural appeal of dealing with people in your community,” Kercheville said.

Kay Preston, who makes barbecue at Hillbilly Grillers in Monroe County, said customers have told her they’re willing to pay more for food when they know where it’s coming from.

“People are more conscientious about where their dollars are going,” she said.

Rob Baas of Alvaton stopped by the market Wednesday to chat with friends who are farmers. He first began thinking about local food when he visited Home Cafe and Marketplace and noticed the restaurant uses local ingredients.

“I’ve been going to the (farmer’s) market ever since,” Baas said.

He thinks the food raised by local farmers tastes better than anything he’s ever found at a grocery store.

“The quality of the food is what’s kept us coming back,” Baas said. He blogs about the food he finds at countrysidefoodrides.blogspot.com.

“That’s what I want for my family,” she said.

Growing her own food also encourages her to cook healthier food, she said.

There are lots of reasons to buy local food, Ryan-Downing said. It’s good for the local economy, it’s more sustainable and it lowers the carbon footprint, she said.

“The average food item travels 1,500 miles from farm to fork,” she said. “If you eat local, your food doesn’t travel so far, so you’re reducing your environmental impact.”