Home
News
Obituaries
Sports
Opinion
Classifieds
Jobs
e-Edition
Share This
Following President Donald Trump’s declaration of a national emergency amid the ongoing coronavirus outbreak, and in light of the numerous ways the pandemic is affecting day-to-day life in southcentral Kentucky, the Daily News has removed paywall restrictions from bgdailynews.com in order to provide area residents access to important information and reporting.
1 of 2 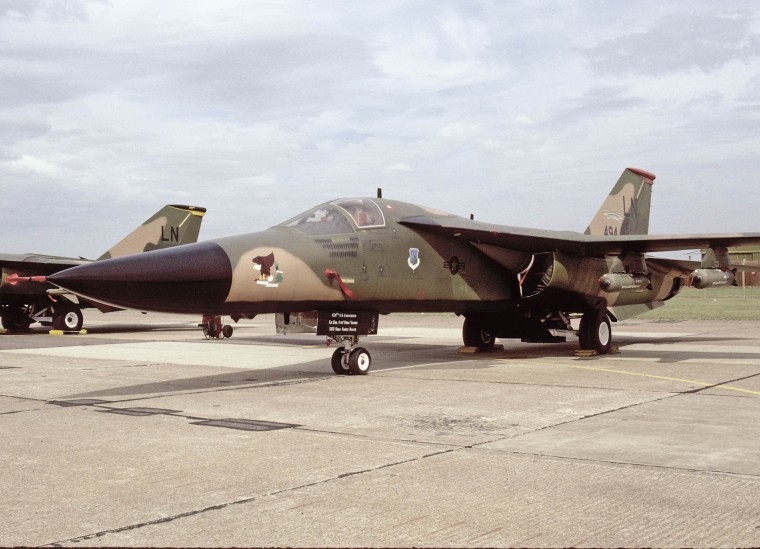 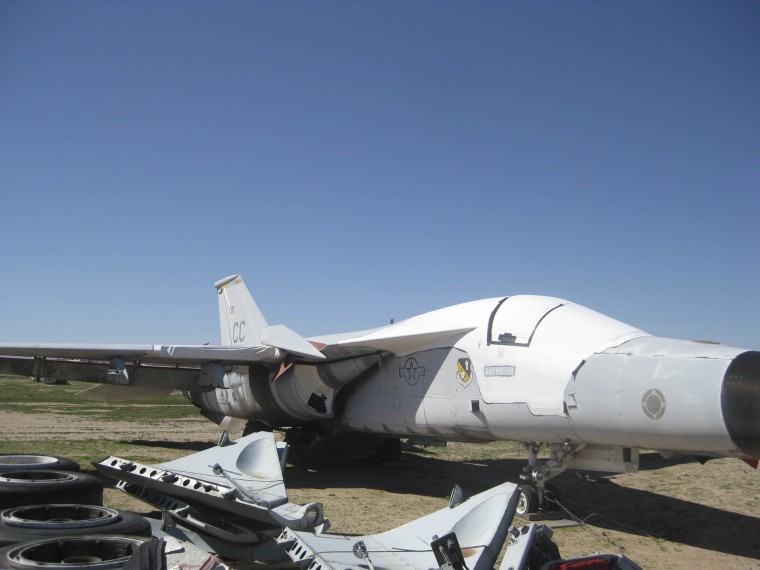 The plane was flown during the 1986 bombing of Libya, code-named Operation El Dorado Canyon

Aviation Heritage Park volunteers should soon be able to start the restoration of a plane similar to one a Bowling Green man flew in combat over Libya.

Plans are in place for an F-111F aircraft to make its way from the Aerospace Maintenance and Regeneration Group in Arizona, often referred to as the boneyard, to Bowling Green for restoration and eventual display at the Aviation Heritage Park on Three Springs Road, said park President Col. Arnie Franklin. There are currently three aircraft on display at the park.

The plane was flown during the 1986 bombing of Libya, code-named Operation El Dorado Canyon, Franklin said.

Paperwork to make the loan official is supposed to arrive in the next few days, he said. The plane can be moved from the boneyard to Bowling Green only after it is completed.

Warren County Fiscal Court on Tuesday voted to grant Judge-Executive Mike Buchanon the authority to sign the loan agreement with the Air Force.

Volunteers will work to restore the plane so that it looks the way it did in 1986. It is expected to go on display in June 2013 when the park hosts its annual hangar party, Franklin said.

Franklin flew an F-111F during the bombing in Libya. He was the Air Force mission commander for the operation.

Franklin and his fellow pilots flew the nearly 14-hour mission from the Royal Air Force Lakenheath air base in the United Kingdom to Libya on April 14-15, 1986.

The attack was authorized by President Ronald Reagan as a response to evidence tying Libya to the bombing of a Berlin nightclub in 1986.

Franklin didn’t fly the specific airplane coming to Bowling Green during Operation El Dorado Canyon, but he did fly the plane several times, he said.

The aircraft will be used to teach people about the operation and Franklin’s experience.

It’s the latest acquisition for the park, which tries to choose aircraft that can aid in telling the stories of local aviators, Franklin said.

“We use those airplanes to tell a story,” he said.

Franklin also likes to visit the National Museum of the United States Air Force at Wright-Patterson Air Force Base in Ohio, where the plane he flew during the operation is on display. He sometimes goes to see the plane when visiting family in the area.

“I always go over and rub her belly,” he said.

He’s grateful that the plane carried him safely during the operation, Franklin said.

There will be plenty of restoration work to do when the aircraft arrives in Bowing Green, he said.

“She’s been sitting out there in the Tucson desert sun since June 1996,” Franklin said.

Volunteers use bags of baking soda and a high-pressured air hose to remove old paint and grime from an airplane while leaving the skin undamaged, Franklin said.

Paint for the restoration is provided free from PPG Aerospace, he said. Volunteers also restore the cockpits of the aircraft on loan to the park.

Brig. Gen. Dan Cherry said Aviation Heritage Park is different from other similar museums because each aircraft on display is tied to a local person.

“People can relate to what they see out there,” he said.

“The whole purpose would be to inspire and motivate future generations,” he said.

The F-111F is a good addition to the park because it teaches people about aviation history in a different era than covered by the current displays, he said.

A F-4D Phantom II that Cherry flew during the Vietnam War was the first plane on display at the park.

Ray Buckberry, one of the directors of the park, said this area of the state has a rich history of aviators. For example, he’s just finished compiling a list of 44 Warren County residents who lost their lives in aerial combat or an aviation-related incident.

“There’s a lot of aviation history around here,” Buckberry said. “Much more than we’ve scratched so far.”

The park creates an opportunity for veterans to talk about their experience in war with others by showing them some of the equipment they worked with, he said.

“I’m hoping that our veterans will be able to share some experiences with their family,” Buckberry said.