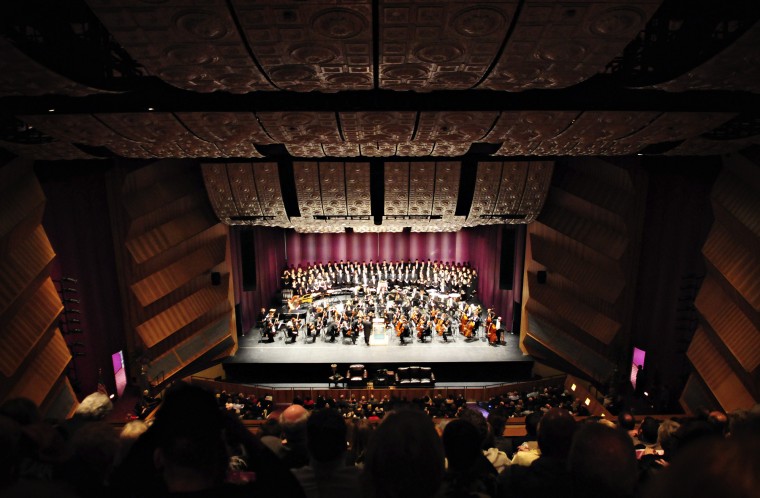 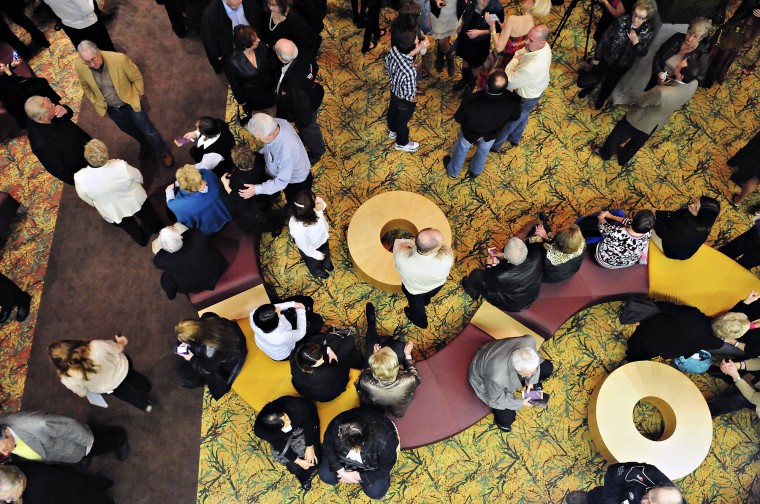 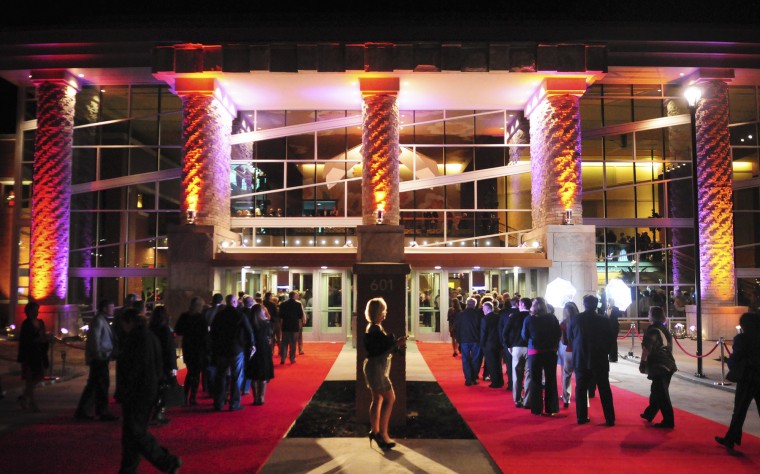 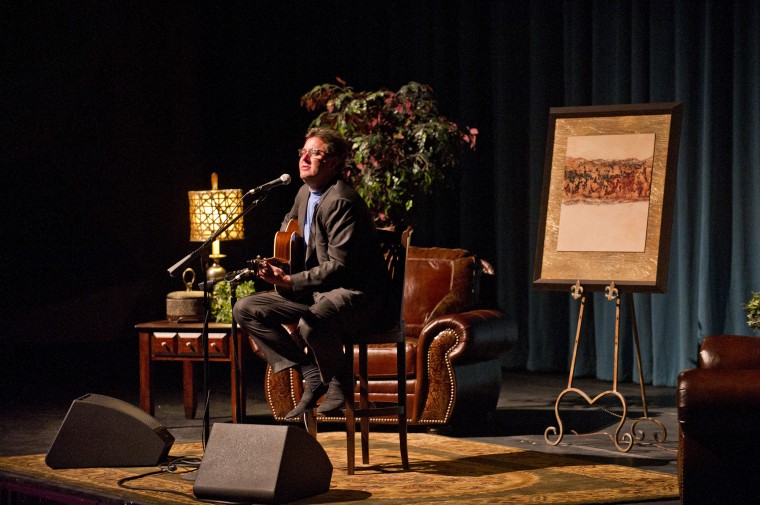 “Am I really in Bowling Green, Ky.? We’re so fortunate to have it in Bowling Green,” he said. “I think it’s extraordinary. It’s elegant, bright and welcoming. When you walk into the theater, you’re awestruck.”

Nearly 2,000 people were expected to attend the opening of SKyPAC, complete with a performance by a last-minute substitution, award-winning country music artist Vince Gill. Country music artist LeAnn Rimes was scheduled to perform but became ill and had to cancel.

The change was fine with many of the people waiting for SKyPAC doors to open before the concert.

“Vince Gill is good, too,” said Covina Sprinkle, who attended with her husband, Gary.

The Bowling Green couple had tried to get tickets to the concert earlier, but it took some time before they were able to acquire them.

“We’re up in the nosebleed section,” Covina Sprinkle said, laughing. “But that’s OK.”

John and Jonell Price of Franklin had one word when asked why they had wanted to travel for SKyPAC’s opening.

“We wanted to see and hear,” Jonell Price said.

The couple were excited to hear that Gill would be performing.

“We thought we were going to see LeAnn Rimes, but we like him, and he’ll be just as good,” John Price said.

The Prices had waited outside for a while and were anxious to go inside. What they saw was pleasing to them.

“I didn’t think the door was going to open,” Jonell Price said, laughing. “It’s beautiful. There’s nothing like this in Franklin.”

Bobby Rigsby and Brittany Adkins, both of Bowling Green, stood outside waiting for the doors of SKyPAC to open.

“It was something to do,” Adkins said. “It sounded like fun.”

The couple had hoped to see Rimes. Rigsby has been a fan for a long time. They were fine with the change, though.

“It’s not a disappointment,” Rigsby said.

Although it took a long time for SKyPAC to become what it is today, Rigsby and Adkins believe that it was worth it.

“It looks pretty from the outside,” Adkins said.

The Sprinkles said they have been anticipating the finished product and the inaugural season.

Jack Sheidler, a member of the SKyPAC Foundation Board, said the facility is unique.

“When you walk into the theater, it blows you away,” he said. Buchanon “pushed it hard. When the economy tanked, he said this was the time to build.”

Sheidler praised how the SKyPAC staff rallied to find a performer to replace Rimes.

“How about the staff who did that on short notice,” he said.

Kendle White, a 6-year-old first-grader at Potter-Gray Elementary School, had performed at SKyPAC recently during the tuning of the building. She sang with other youngsters some songs from Rodgers and Hammerstein’s “The Sound of Music.”

“I wanted to bring her out. None of the rest of us has been here, but she has,” said Sharon Jones, who escorted her granddaughter to the concert.

Kendle enjoyed performing at SKyPAC and liked the way the building looked.

“Everyone is so pleased to have this in Bowling Green. I think over the years people will appreciate it for arts, educational and economic development,” he said.

“What a great asset to southcentral Kentucky,” he said.

“The last time I was here it was all concrete and steel,” he said. “SKyPAC will have a big impact as an economic development tool.”