A rendering of the proposed museum building at the Aviation Heritage Park. 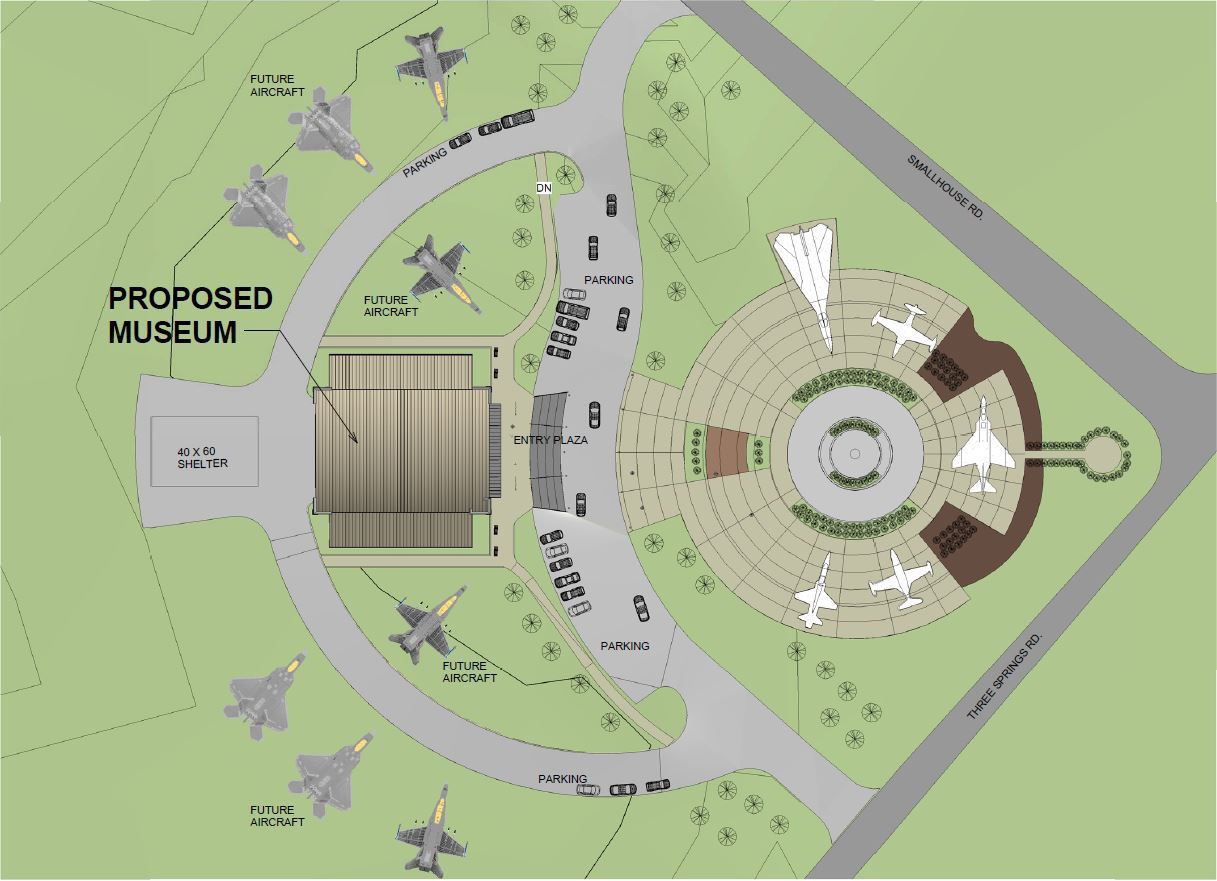 An aerial view of the proposed Aviation Heritage Park museum.

A rendering of the proposed museum building at the Aviation Heritage Park.

An aerial view of the proposed Aviation Heritage Park museum.

The Aviation Heritage Park is getting ready to embark on a $2 million capital campaign to build an 11,000-square-foot museum building.

The AHP is in the process of getting $150,000 in funds from the city’s transient room tax for site and other prep work for the facility. A committee of the AHP board of directors to undertake the capital campaign to fund the rest of the project is also being formed.

“We never want to be an organization that doesn’t look to the future,” said Joe Tinius, chairman of the AHP board of directors.

The AHP currently features five planes in an outdoor parklike setting adjacent to Basil Griffin Park on Three Springs Road. The AHP has a long-term lease from the county for the property.

The museum building would be built at the AHP between the current parking lot and the adjacent Basil Griffin Park on land that is currently a grass field, according to AHP board member Arnie Franklin.

It would be designed to look like a 1930s military hangar and would contain display space, classrooms, offices, a workshop, storage and a large display area at the rear of the building big enough to accommodate aircraft. That area would feature a ceiling structurally strong enough to hang small airplanes for display as well.

“We envision this as an excellent place for people to have meetings and wedding receptions,” Franklin said, adding that the classrooms are a vital component of the plan.

“A big part of the Aviation Heritage Park is education,” he said.

A road around the rear of the building would add more parking and pads for the display of as many as eight additional aircraft.

But the big draw of the facility is the ability to display artifacts and have tours in any weather.

“We already have a lot of artifacts in our possession, and we are always being offered things that need to be displayed indoors,” Tinius said.

Such items would include flight suits, log books, photos and other memorabilia.

Tinius also cited an example of a recent school group that was touring the AHP on a less than desirable rainy day.

An indoor facility “would make it truly available to the public” year-round, Tinius said.

The additional outdoor display space is also important. Five of the seven original display pads have planes on them, and two more are waiting in the wings. A Piper Cub and a Vietnam-era UH-1 Huey helicopter are being prepared for display, which would fill the seven available spots.

All the aircraft on display at the AHP have ties to local aviators.

Convention and Visitors Bureau Executive Director Vickie Fitch said the facility would be a boon for local tourism.

“I believe it will bring more people to our community,” she said, adding the bureau is already promoting the community as a place to get immersed in planes, trains and automobiles with the many car-related attractions, the Historic RailPark & Train Museum and the AHP.

“It all fits together,” she said.

With the military aircraft on display at the AHP, the museum would also be a logical destination for military groups to meet, she said.

“We see additional partnerships to bring more visitors to our community,” Fitch said.

As for a project schedule, Franklin said he and his fellow aviation enthusiasts are ready for the project to take off. “All we need is the money,” he said.

– For more on the Aviation Heritage Park, see aviationheritagepark.com.