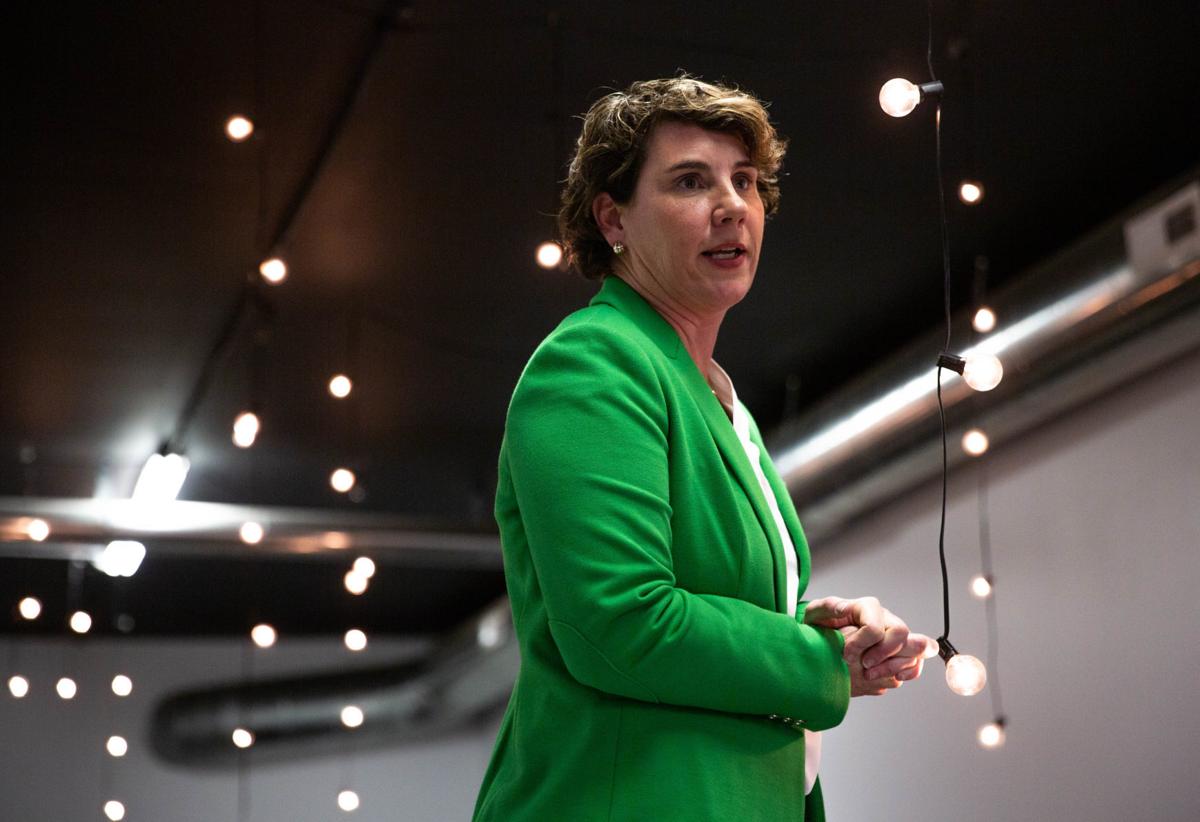 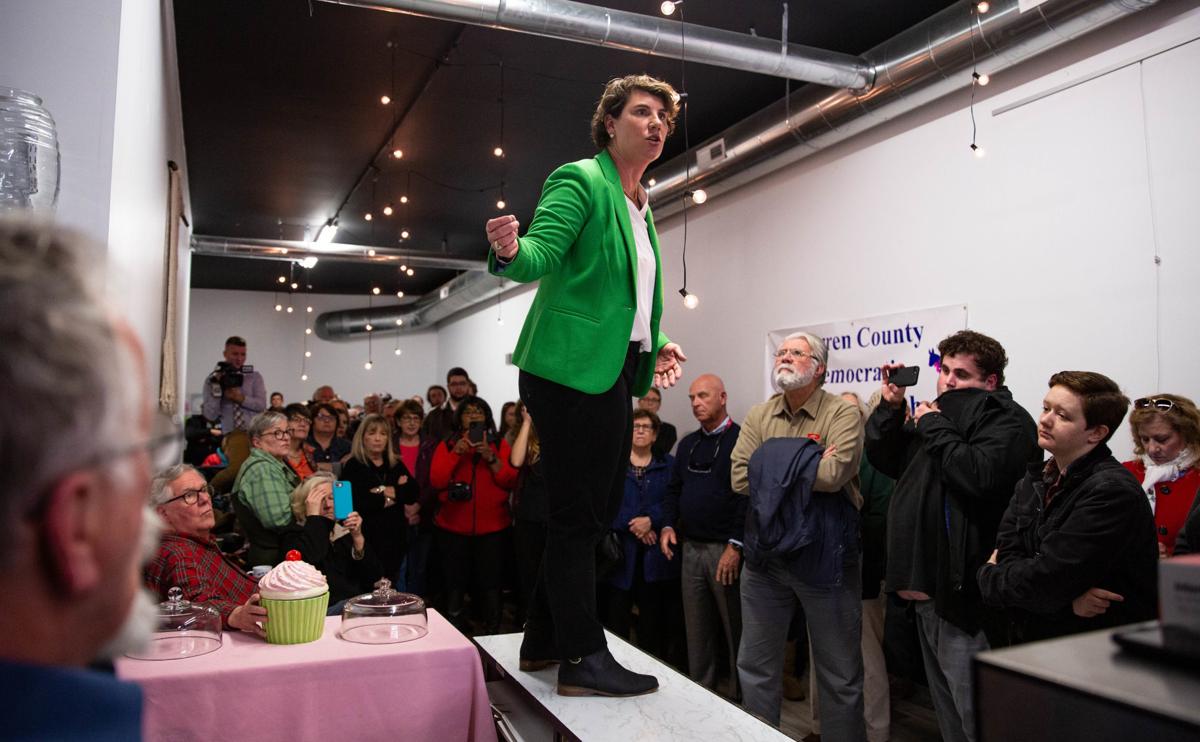 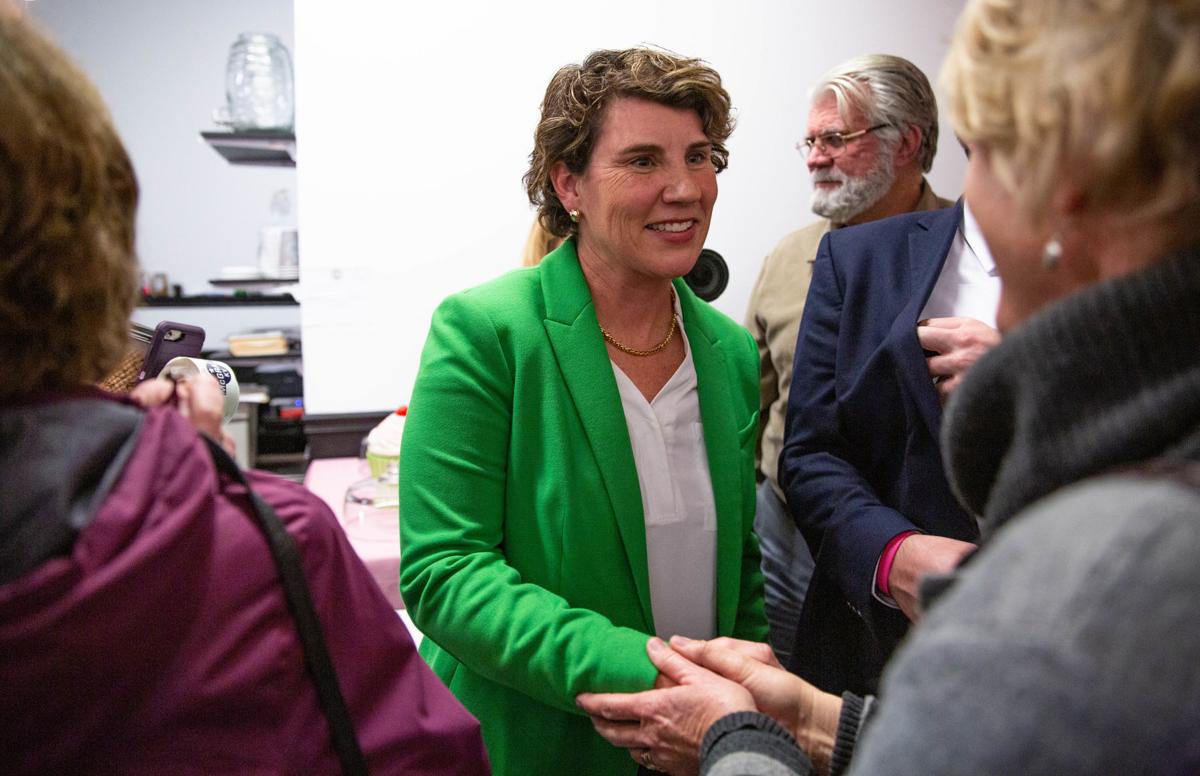 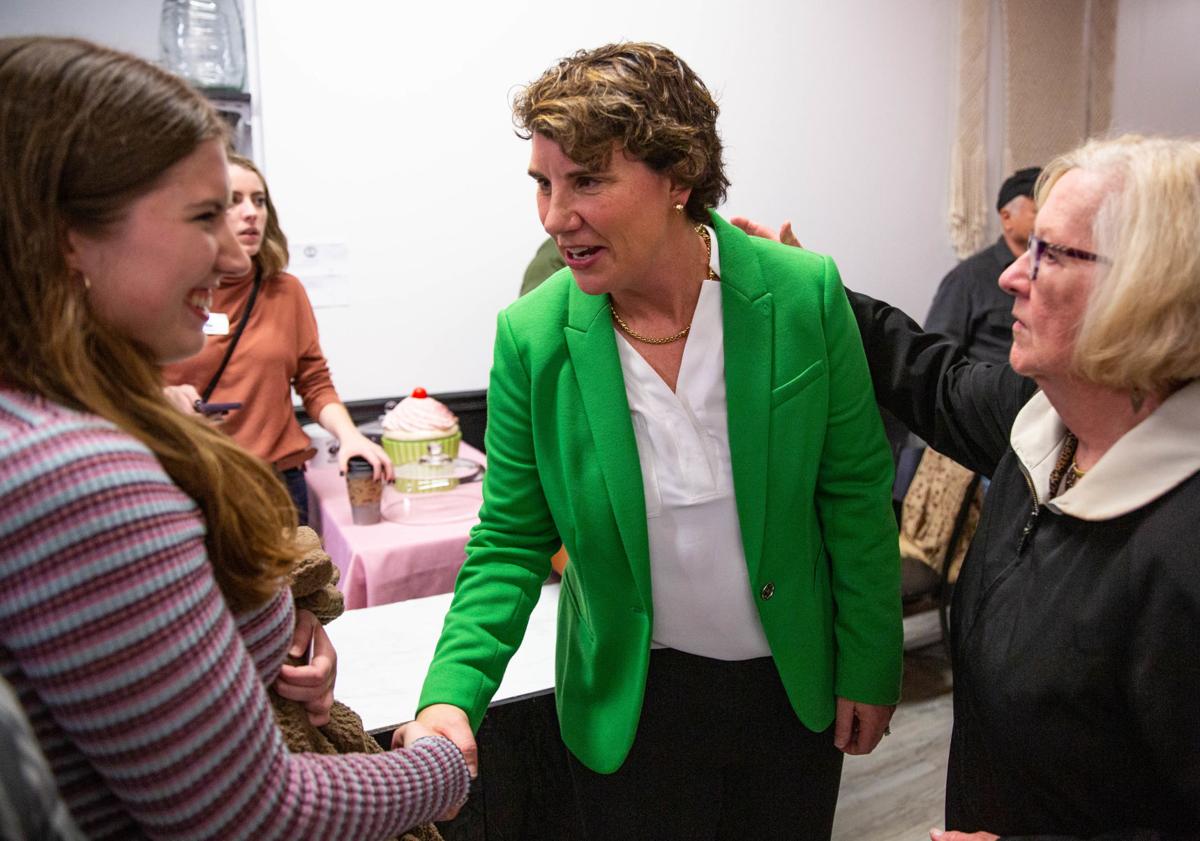 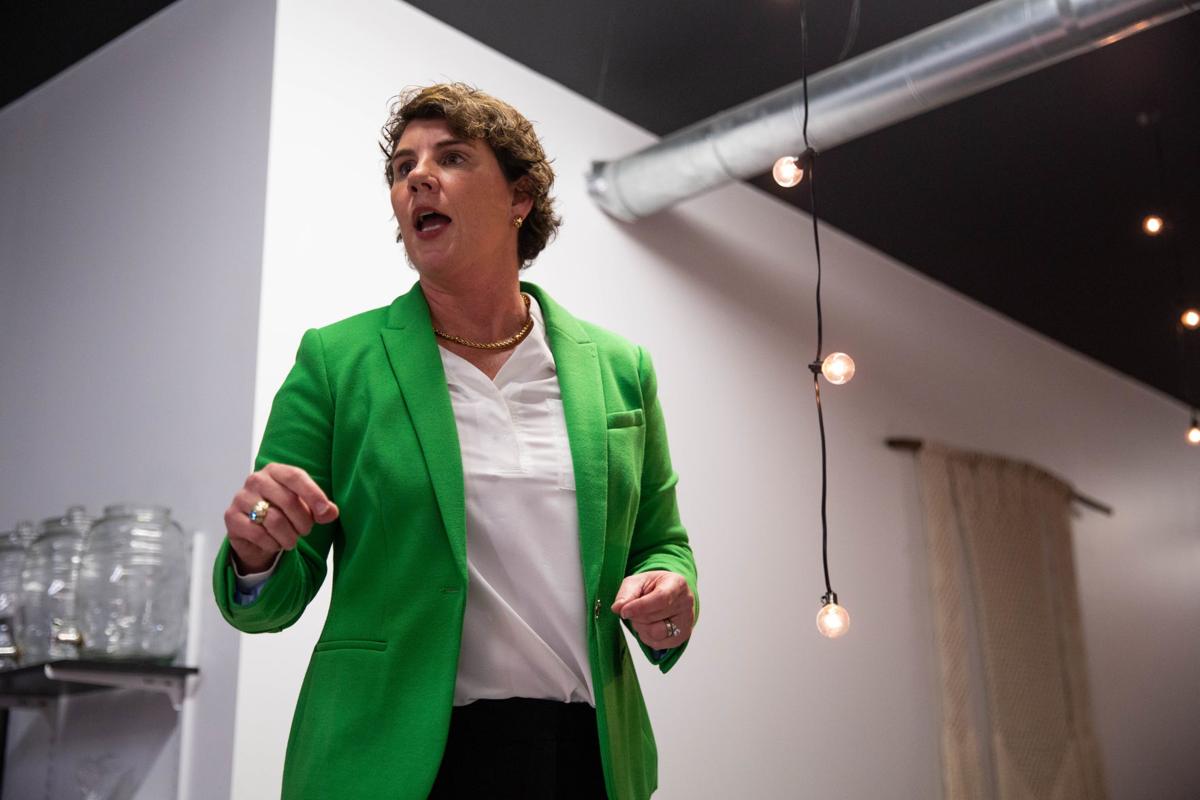 Dozens of supporters filled the downtown bakery, causing McGrath to stand on a table to address the crowd.

McGrath shared the story of how she was about 12 years old during her first interaction with Senate Majority Leader Mitch McConnell, and that this interaction was one of the reasons she is now seeking the Republican’s Senate seat.

“I was a young girl,” McGrath said. “I had this dream of flying fighter jets. I grew up in northern Kentucky. … I saw this History Channel documentary and there were these planes flying on the backs of aircraft carriers and I basically thought that is cool and I want to do that with my life.”

She began researching everything she could about flying fighter jets.

“What I found was that there were no women doing these jobs,” McGrath said. “I learned there was a federal law prohibiting women from doing this, so I had to learn about government.”

McGrath said she was told that she couldn’t change the law herself but that she could write to her members of Congress, which she did – one of them being McConnell.

“I became an advocate,” she said. “I wrote Sen. Mitch McConnell and he never wrote me back, but I didn’t quit.”

In the early 1990s, things changed for McGrath.

“In early 1993, I was a senior in high school and Congress rescinded the Combat Exclusion Law, which then allowed the president and the Department of Defense to open not all, but many more jobs to women, and that is what happened that year,” she said.

She left Kentucky and was in the military within a few months.

“For the next 24 years, I had the honor to serve this country, to serve Kentucky wearing the uniform, serving with my fellow Americans of all walks of life and we served this country and Kentucky all around the world and it was awesome,” she said. “At the end of that time, both my husband and I, like many Americans in 2016, thought where is our country going?

“If we can make a difference, we can try,” McGrath said. “We believed our country is in peril and we still do. That is why I moved back to Kentucky … to be a leader that I’ve always wanted to see. That is why I’m taking on this challenge of challenging Mitch McConnell this time.”

McGrath said that most people she has talked to know how “bad Mitch McConnell is.”

“The constant dysfunction. The dark money. The building of the Washington, D.C., swamp that almost everybody hates and that he sort of revels in. He is also really bad for Kentucky,” she said. “That is my primary message to my fellow Kentuckians.”

Josh Holmes, a former McConnell chief of staff, recently told The Courier Journal that “McConnell is in one of the strongest positions he’s ever been in with the conservative electorate. What’s happened since 2014 is that he’s basically become a deity amongst conservatives.”

McGrath is the highest profile of the nine Democrats seeking the Democratic nomination, while McConnell has seven challengers in the Republican primary.

McGrath also spoke Monday about living wages and the economy.

“It is great that our economy is working and that it has been growing at the same rate for the last seven or eight years, that’s awesome,” she said. “The problem is that we still have people in Kentucky that have to work three jobs to make ends meet.”

McGrath also expressed concern over health care prices saying that McConnell had blocked legislation that would lower drug prices, and also stated she was in favor of a public option.

Kevin Golden, McConnell's campaign manager, responded to the claims from McGrath about healthcare.

"Last month, Senator McConnell and President Trump cut Obamacare taxes to reduce healthcare prices across the board," Golden said in an email. "But Liberals like Amy McGrath and Bernie Sanders want government-run health care leading to a DMV-style process for care and health decisions by bureaucrats rather than doctors."

But McGrath is hoping to follow in the success of newly elected Gov. Andy Beshear, a Democrat who defeated incumbent Republican Matt Bevin last year.

“We just elected a Democrat statewide,” she said. “I think that shows that against an unpopular Republican incumbent, a Democrat can win.”

Supporters such as Kristina Huddleston and her daughter Sophia Koppensteiner were moved by McGrath’s words.

“I’m very passionate about these kind of things,” said Koppensteiner, a high school sophomore. “I think it is important to be involved in the community.”

“I’ve been interested in government for a long time,” said Huddleston. “I met Amy before and I was very impressed by her. I think it’s important for Sophia to know more about candidates as well.”

U.S. Senator candidate Amy McGrath spoke to and met with members of the Warren County Democratic Women and community members during a meet and…