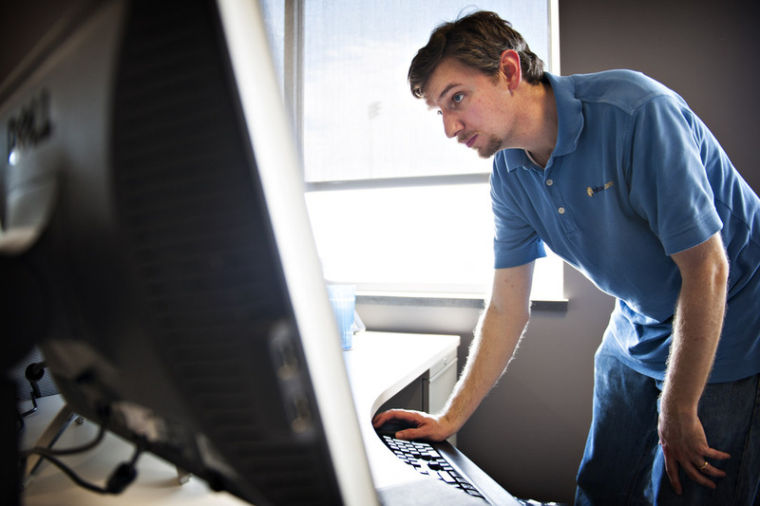 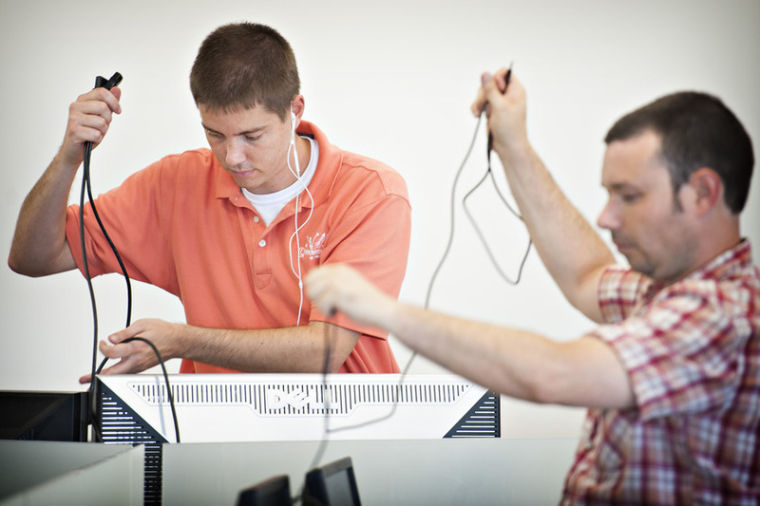 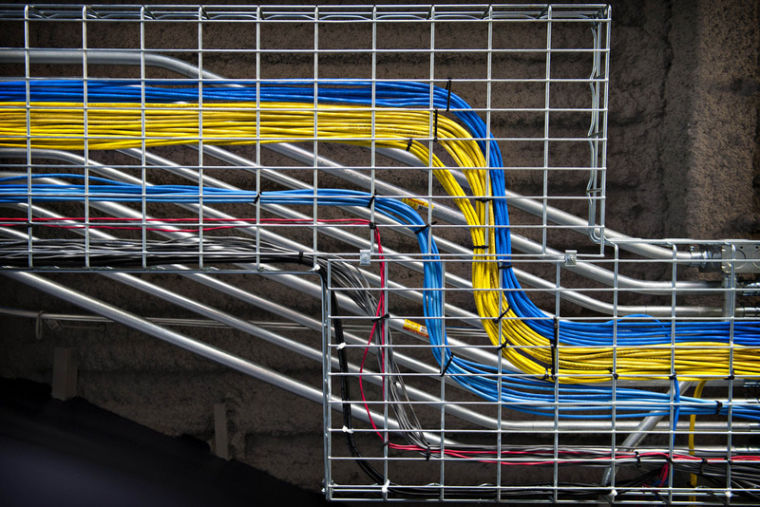 There will be about 60 more people working downtown Monday when Hitcents opens for business in its new space next to Bowling Green Ballpark.

The move has taken longer than expected when construction began in June 2012 for the entire $22 million project.

“The move-in date (for Hitcents) has changed several times, but some of that was related to the materials we picked out,” said Clinton Mills, Hitcents’ chief executive officer. “We had special ceilings and a lot of different light fixtures. All of these are anti-glare, so we don’t bother all of the computer screens.”

The computers weren’t yet there Thursday on a tour of the 13,000-square-foot space on the fourth floor of the wrap around the parking garage. Employees had a final social lunch Friday in their 8,000-square-foot space in Western Kentucky University’s Innovation and Commercialization Center. Then, they packed up their computers and headed downtown to set up their desks. Hitcents moved 12 years ago to the WKU space after starting as an Internet design company in the Mills family garage.

Staff members at the full-service web and game design and Internet optimization company were sliding around, literally, while trying to get their desks set up in the white, gray and cream space that had a full bank of windows overlooking the ballpark. They were sliding because employees either ditched their shoes at the door or donned white booties to prevent concrete dust from entering the freshly cleaned space.

Employees Adam Diestelkamp and Brady Somerville said they were looking forward to settling into the new space.

Chris Mills, Hitcents president, will have only three days in the new space before he moves to China to open Hitcents China. The company officially opened an office July 15 and recreated its Draw a Stickman game working in conjunction with Apple for a Chinese launch.

The Chinese version has Chinese cultural references and was No. 2 on the top downloads list of games in China this week, Chris Mills said.

“Chris is a true entrepreneur and was looking for a new challenge,” Clinton Mills said of his brother’s move to China.

Once Chris Mills gets all the paperwork completed in Shanghai, he will begin hiring local game developers for the mobile market. That is really where the growth potential is, with an expected 500 million smartphone users in China by the end of the year, they said.

“You have to have local talent because they understand the language and culture,” said Chris Mills, who doesn’t yet know any Chinese.

He expects it will be easier for his children, one who is 3 and another who is 6 months old.

Chris Mills has been so focused on the move into the new Bowling Green space that he has not yet started to pack for what will most likely be a year living in China.

In Bowling Green, the computer programmers and designers work in mostly open spaces in the building dotted with small huddle or gathering spots for group conversation, conference rooms, a quiet room for phone calls, a large balcony and a cafe for employee lunches where Coke products will be provided for employees.

The Mills brothers and their father, Ed Mills, are the actual developers of the wrap on the sides of the ballpark and Seventh Avenue. Connected Nation will occupy a substantial space, and the Millses are working with a potential government-related client to occupy about 4,200 square feet on the second floor. The Millses also are still trying to get retail and restaurant tenants on the first floor. The Warren County Downtown Economic Development Authority is still trying to contract with a developer to build residential units on the College Street side of the garage.

Clinton Mills said being the developer of his side of the building has taken away some time from what he really likes to do at Hitcents.

“But in the long term I think it’s really going to pay off,” he said. “Especially once we get the restaurants in here, I think the rest of the space will fill up.”

— Robyn L. Minor covers business, environment, transportation and other issues for the Daily News. Follow her on Twitter at twitter.com/bowserminor or visit bgdailynews.com.