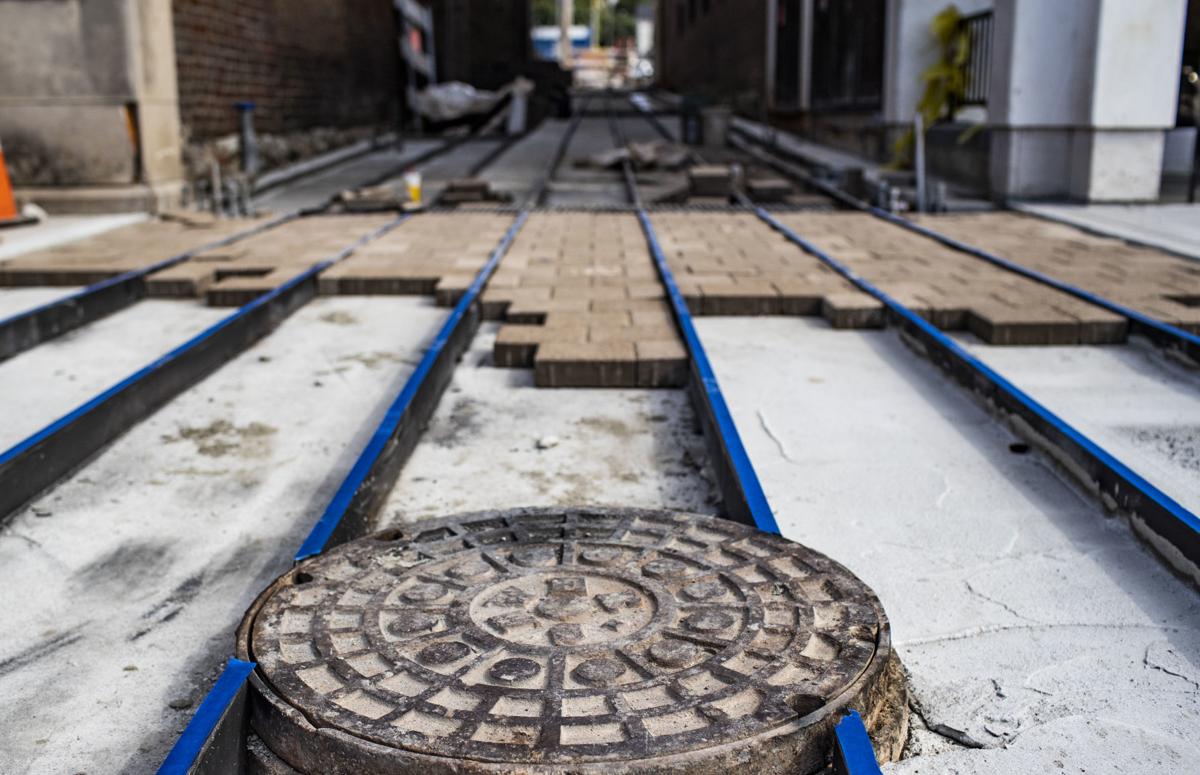 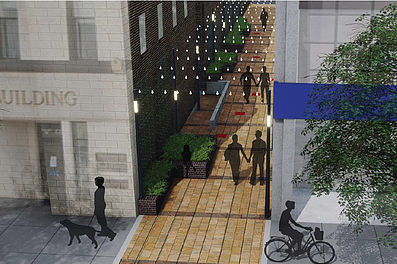 A concept illustration of what the new “Music Alley” will look like once completed.

A concept illustration of what the new “Music Alley” will look like once completed.

What has been a poorly lit pedestrian corridor in downtown Bowling Green is being transformed into a bright tribute to the city’s music history.

As part of a $4 million renovation of downtown Bowling Green, workers in recent weeks have been clearing old pavers and light poles out of Morris Alley.

Renovations now underway include laying pavers with metal inlays that will look like a guitar neck and strings. Colored pavers will be placed in the spots that indicate finger placement for the “B” and “G” chords as a nod to Bowling Green’s initials. The crosswalk at the end of the alley closest to Fountain Square Park will be designed to look like the neck of a guitar.

Overhead lighting suspended from wires will be installed and long-range plans include installing some sort of markers related to Bowling Green’s musical heritage.

During numerous public input meetings regarding downtown designs, the “Music Alley” concept was the clear favorite among three concepts presented, said Brent Childers, director of the city’s department of Neighborhood and Community Services.

The Music Alley idea includes markers to honor key figures in the local music scene, such as Ernest Hogan, the creator of ragtime music; Sam Bush, the father of “Newgrass” and perhaps more recent bands such as indie rockers Cage the Elephant.

As to how those musicians will be honored, “that is still in the future,” Childers said. But, “we would involve the public with that.”

The project is about more than aesthetics, though: It will brighten what has been a dark spot in the city.

“We’ve worked a long time to bring some light to that alley ... to create a safe pedestrian corridor,” Childers said.

The suspended lights “Will really light it up, especially compared to what we have now,” City Public Works Director Greg Meredith said.

The alley will also feature some landscape boxes that can be used as seating, as well as trellises to add greenery to the space.

While ripping out the alley’s old pavers, crews found an unexpected water line “that could impact (the project) some,” Meredith said, but it is not expected to cause a major delay.

Except for planting trees and other foiliage, the entire downtown renovation project is slated to be completed in November.

Since work began early this year, crews have already largely completed the renovation of the Heritage Trail from Circus Square Park to Capitol Alley and replaced sidewalks on College Street and Park Row. The next projects slated to begin are building new sidewalks on Main Street and the squaring off of Fountain Square Park by removing the interior turn lanes. That project will add parking, expand the park and allow for the construction of crosswalks at the park’s corners.

Project updates and details are available at BGDowntownSquare.com.