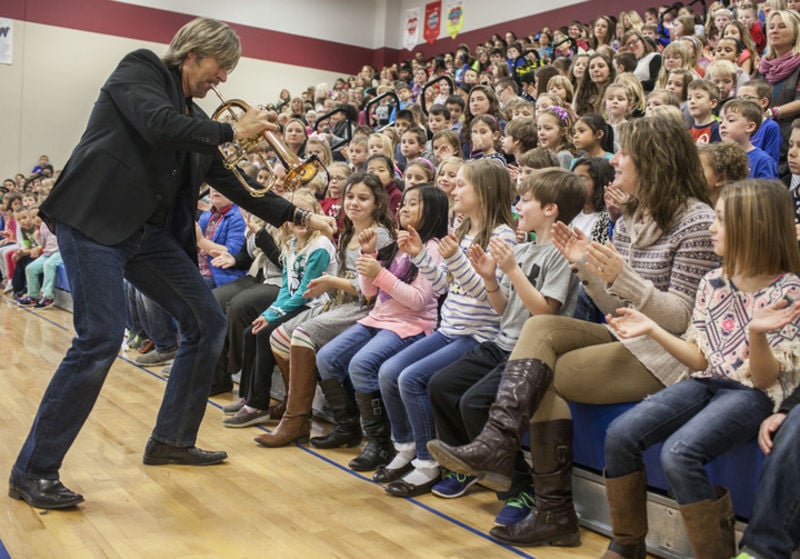 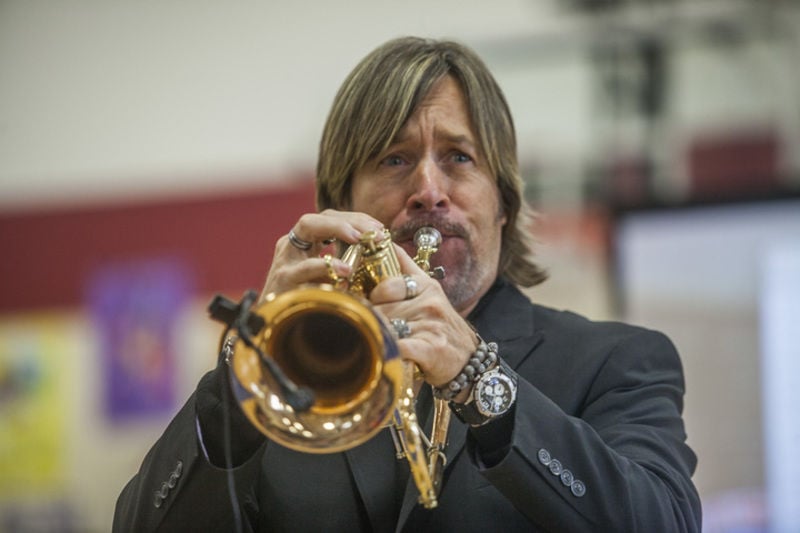 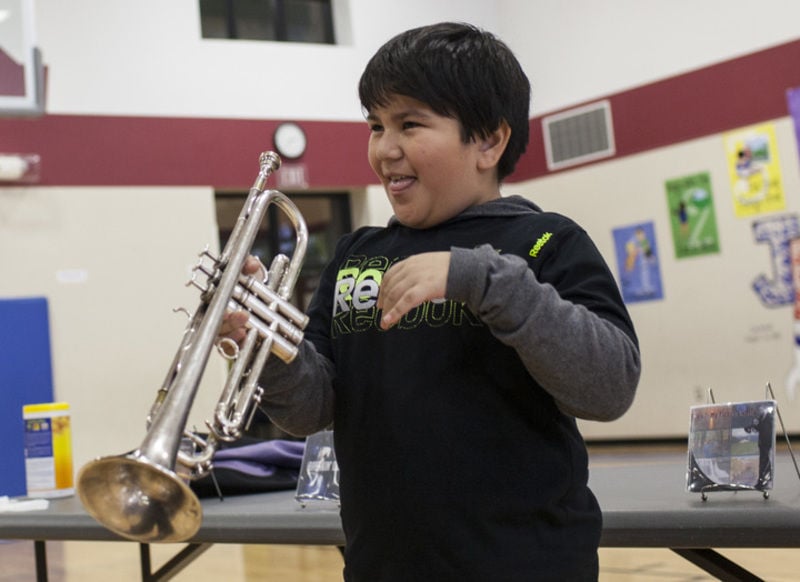 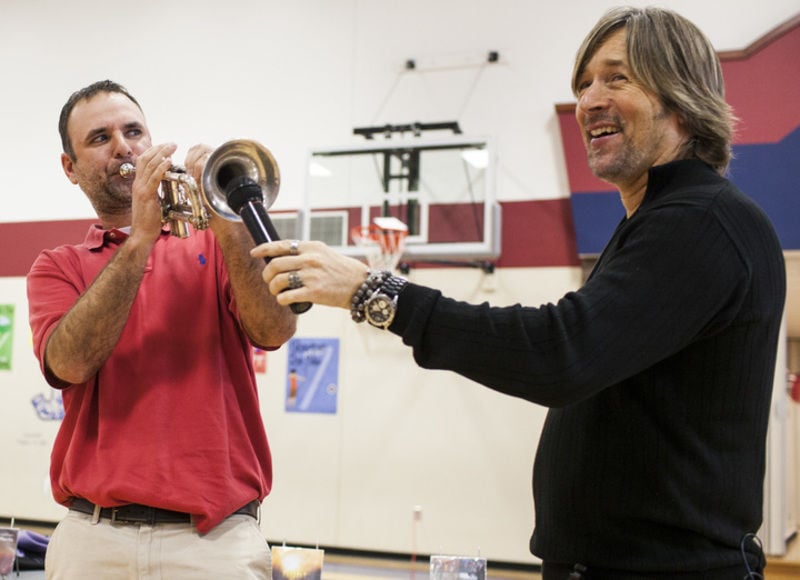 Students and faculty at Jody Richards Elementary School cheered, clapped and had the chance to play a trumpet Thursday during an assembly about bullying and making right choices hosted by David Wells, a Grammy Award-nominated musician from Nashville.

Throughout the assembly, Wells performed along with three video clips that represented how people are bullied, ways to prevent it and why students should never give up on their goals.

Wells said he was bullied in high school because of the way he looked and how he dressed. So, he used a clip from the animated movie “Shrek” to show how the townspeople would go into Shrek’s swamp and try to harm him because he was an ogre and looked different.

“Nobody wants to be bullied, everybody just wants to enjoy school. That’s the way it should be,” Wells said to the students. “The only way that bullying can stop is that the kids have to take action, not the teachers or the parents. I use my music to get my message out.”

Wells told the students that there are two steps they can take to help prevent bullying at their school. The first step is stand up – which means if a student sees someone getting bullied, no matter how scary, mean or how big they are, tell that person to stop. The second step is go to the closest adult and let them know what happened.

If you see somebody getting bullied and you don’t do anything about it, you’re being a bully by letting that happen, Wells said.

Guidance counselor Heather Bushelman said it’s important for kids to learn about bullying because it’s going to teach them empathy and it’s a reminder that they should always treat others how they want to be treated.

“That usually helps kids not bully each other because they learn how to be empathetic toward kids who are different and unique from them,” Bushelman said. “It’s just a good reminder for them of how to treat people with kindness and that they don’t want to be treated that way.”

Bushelman said bullying at Jody Richards isn’t a huge issue, but they use a lot of resources and programs to make sure their kids understand what bullying truly is and how to stop it if they see it.

Sixth-grader Parker Rhodes said the assembly was important because he’s noticed some bullying issues at school and it helps students learn more about it.

“It helps kids in general with bullying, and I think it will help them be more confident to report to (Bushelman) about the bullying issues because I know that can be a problem, but most of (the issues) are getting taken care of,” Parker said.

Teach your kids self defense. Teach your kids the concept behind Jab,duck and follow through. Bullies look for easy marks and soft targets. Parents are not doing their kids any favors teaching them to run away and seek a teacher or an adult. Someday kids grow up and have to face the bullies in the real world and they won;t know how to act when there is no parent or teacher to solve their problems.