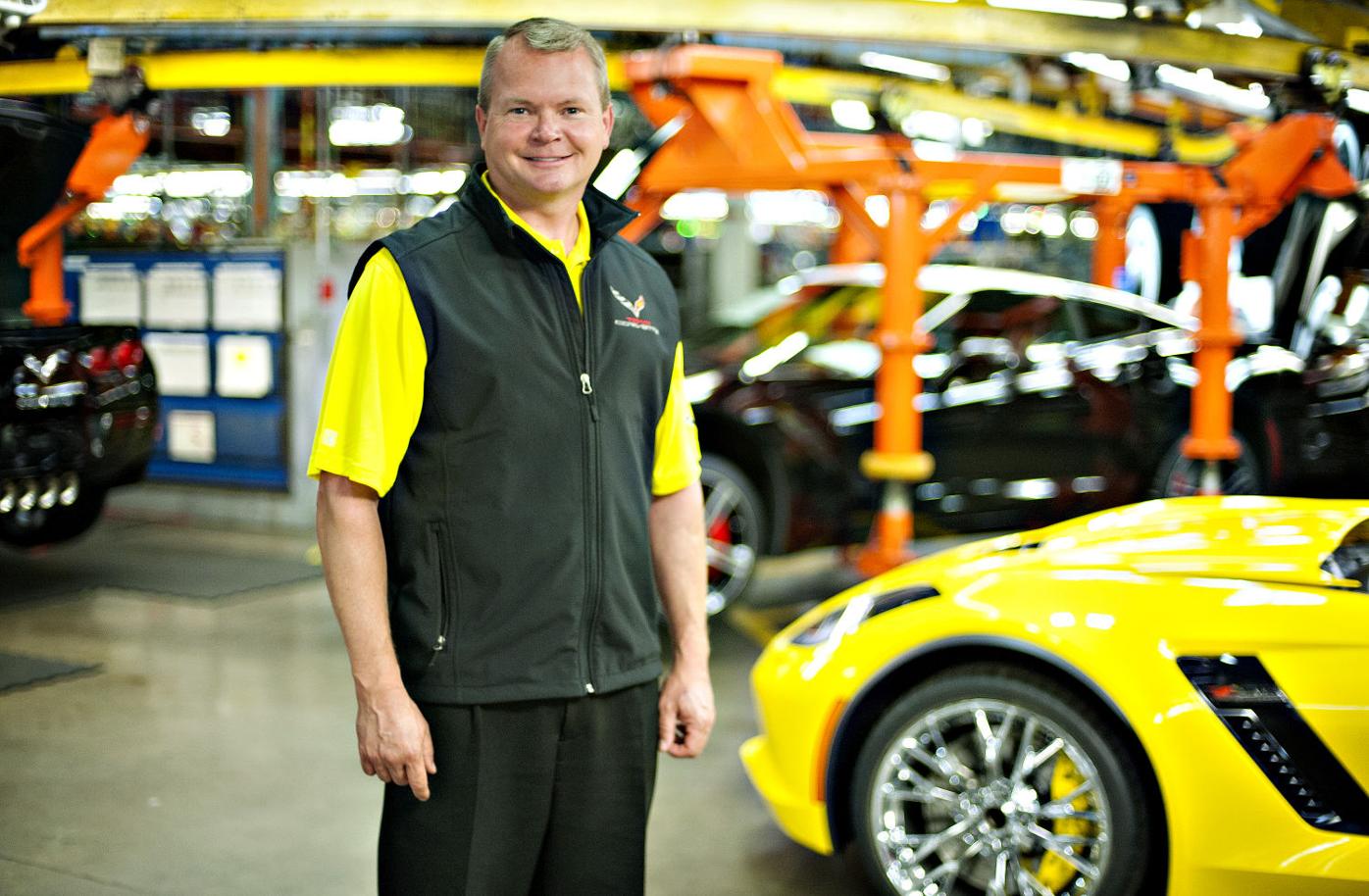 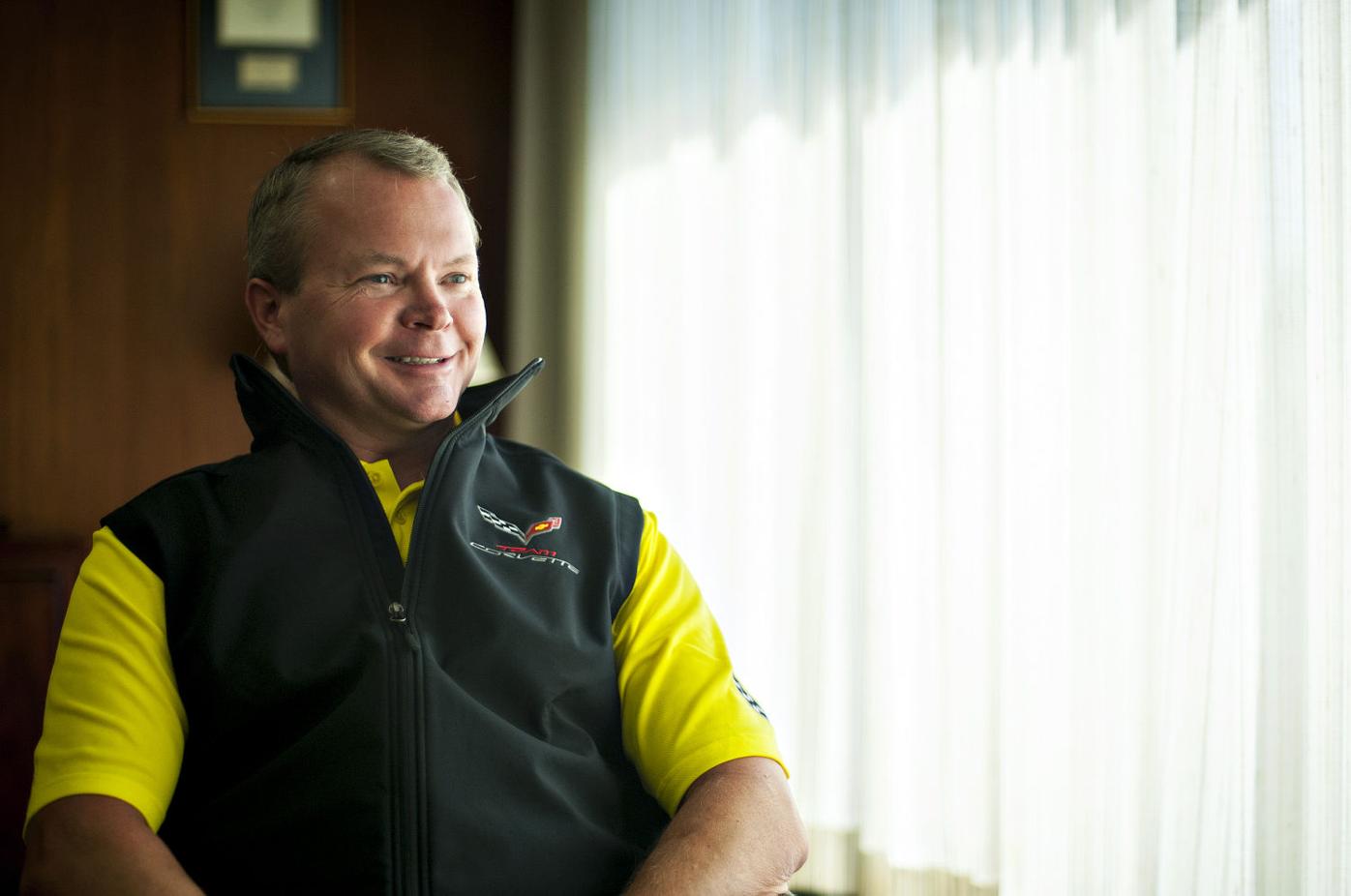 Before being named manager of the General Motors Bowling Green Assembly Plant, Kai Spande had only driven by the facility on Interstate 65. Nevertheless, Spande’s new job feels “like a family reunion,” he said.

Spande, 47, grew up in rural Iowa, the son of two teachers. Cars were an early interest.

“I was that kid in high school always tinkering with cars,” he said in an interview Thursday. Spande – the name is Norwegian – had to be “hands on,” because the only cars he could afford needed work.

After earning a degree in industrial technology from the University of Northern Iowa in 1991, Spande began what is now a nearly 25-year career with GM, working as a tooling designer in Saginaw, Mich. His career has included stints as a director, plant manager and numerous other leadership positions for GM from Ohio to New York, Japan to Germany.

His previous job before coming to Bowling Green was in Germany, coordinating power train product engineering for GM’s European operations.

“I was on my patio in Germany when the phone rang,” Spande said of the call that eventually brought him to southcentral Kentucky. “It was out of the blue.”

But even though it was unexpected, Spande said the reaction to the offer “was immediate acceptance.”

Spande has a long history with the Chevrolet Corvette, which is built in Bowling Green, not only as an owner of several – ranging from 1965 to 1999 models – but through his work with GM over the years on various Corvette components.

“When I accepted, I told (GM North American Manufacturing Manager) Arvin Jones I really loved the Corvette and I think it’ll be an easy connection for me,” Spande said.

Part of that connection is embracing the passionate community of fellow Corvette devotees who consider Bowling Green their Mecca.

“I’m learning a lot more about what’s going on in the Corvette community,” he said. “You only get that in the Bowling Green plant. That’s very special.”

In Spande’s first week at the GM facility, country music star and mega Corvette fan Brad Paisley came by to pick up his new Z06 at the plant and visit the nearby National Corvette Museum.

No other car assembly plant “has a museum across the street,” Spande said. “You just don’t get that anywhere else.”

On the management side, Spande’s largest task is overseeing the $439 million, 450,000-square-foot, state-of-the-art painting facility being built adjacent to the current plant.

The paint shop project requires “a high level of attention in a short time ... we have to maintain the old paint shop at the same time,” he said. “What’s different for the Corvette is we’re painting plastic and composite materials and doing panel painting” – where components of the car are painted separately – “and they all need to match.”

Although the plant is building its capacity of vehicles and is near its high point with about 1,100 employees, expansion – other than the new paint shop – may not be imminent.

“Right now we’re at capacity, building 40,000 vehicles a year. Our intention is to continue to maintain a desire for the Corvette,” he said. “But you have to be really careful” about overexpanding if demand or the economy dips. “You need to find that sweet spot.”

The key to maintaining that sweet spot of demand is to maintain quality, Spande said. The iconic nature of the sports car line also helps.

“Growing up in Iowa, we saw a lot of Corvettes driving around – it’s an aspirational vehicle,” Spande said. But unlike other “dream” cars such as Ferraris or Porsches with sticker prices well into six figures, the Corvette “is obtainable.”

Spande has spent much of his first few weeks in Bowling Green meeting and interacting with GM employees.

“I’ve really experienced a lot of welcoming people; they want to talk, tell me personal things,” he said. “I like to think people have accepted me.”

Southcentral Kentucky is also a welcomed environment for Spande.

“I’m not a big-city guy,” he said. “I grew up in rural Iowa, and even when we lived in Germany, we selected a house on the outskirts of town.”

“This is a beautiful area, and we are looking forward to exploring it,” he said.

That exploring will take place in a GMC Denali, a practical choice for a father of a 16-year-old daughter and 13-year-old son, who attend Warren County Public Schools.

But, Spande said with a smile, “another Corvette will be in my future.”