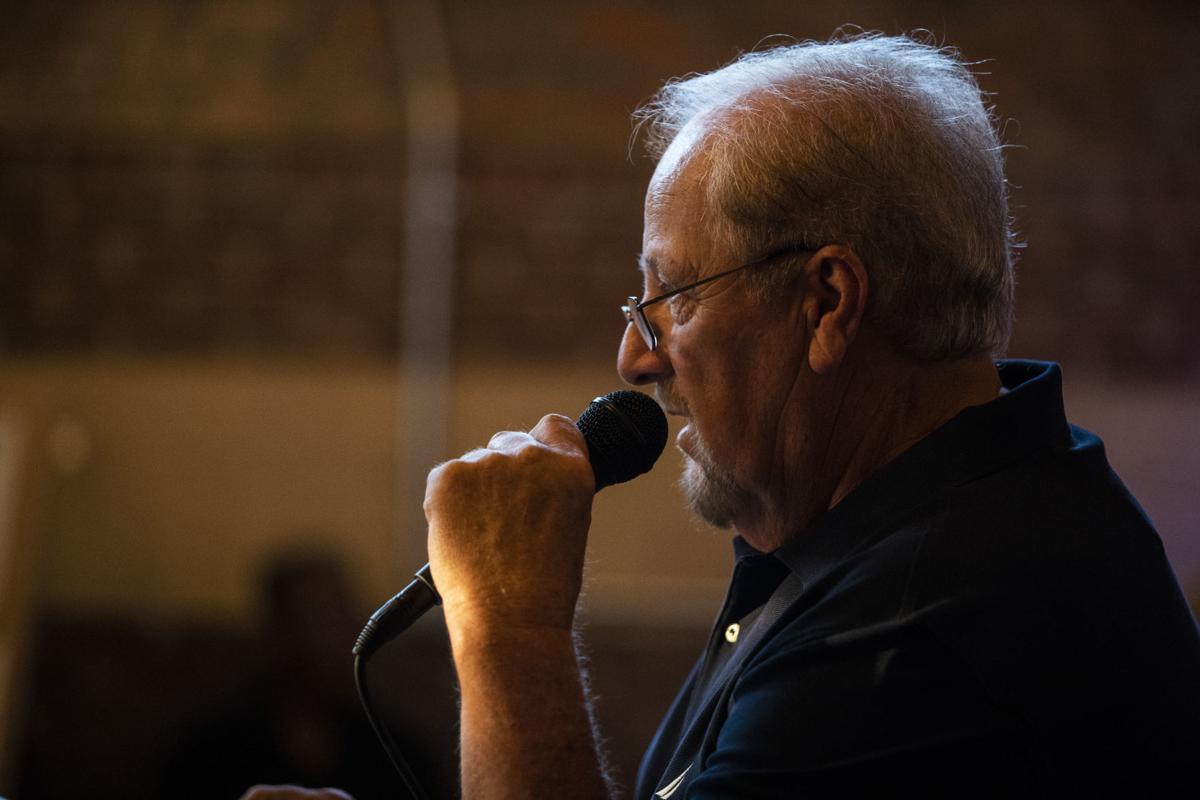 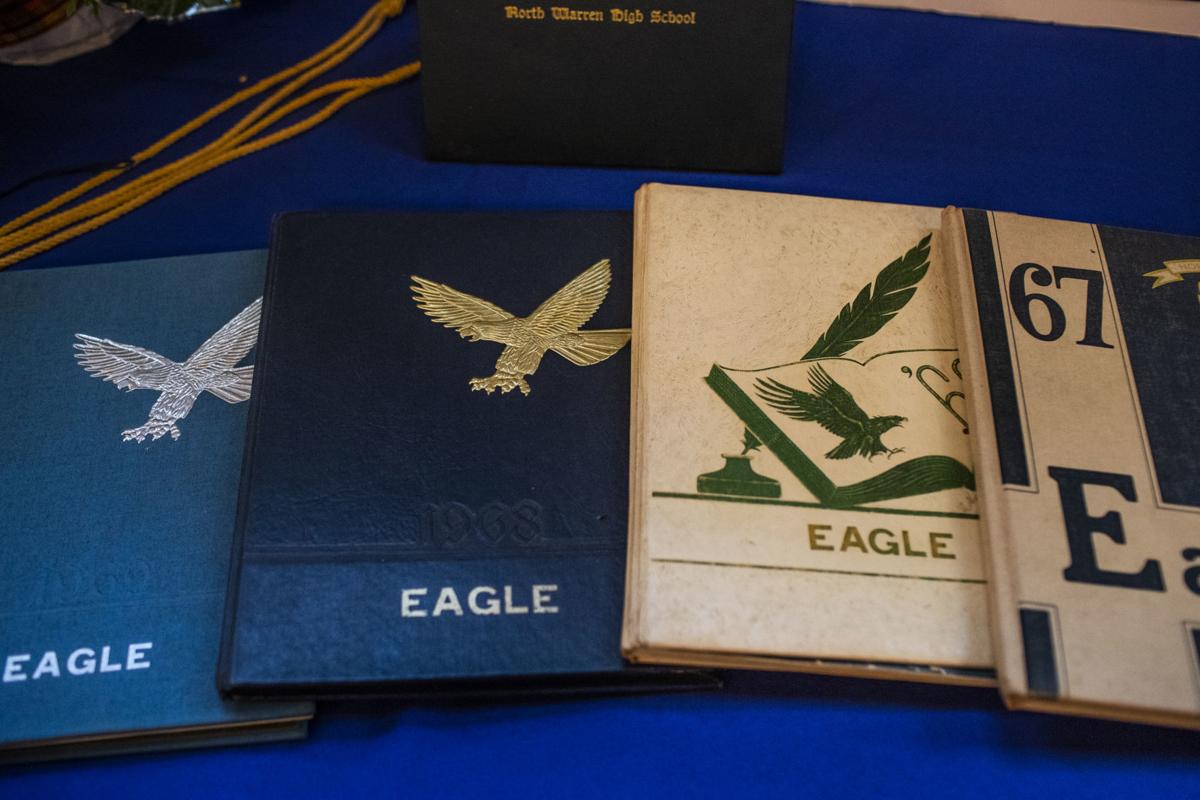 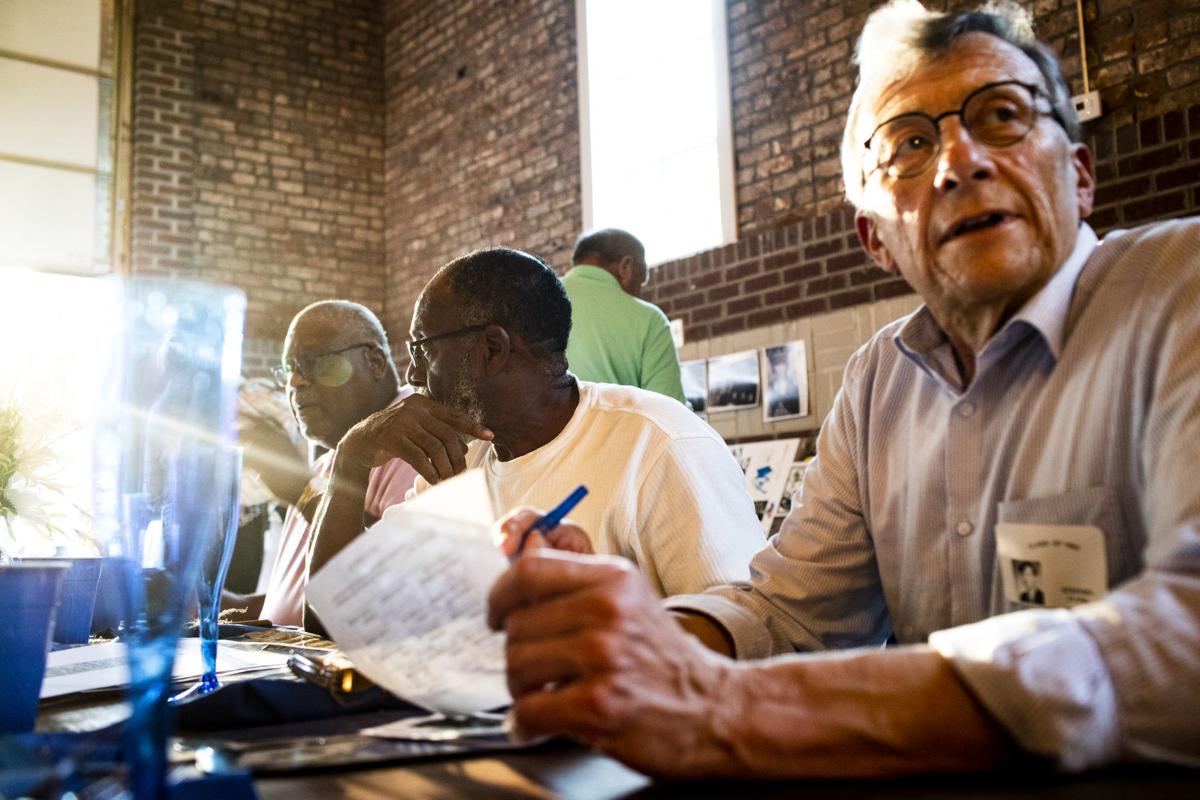 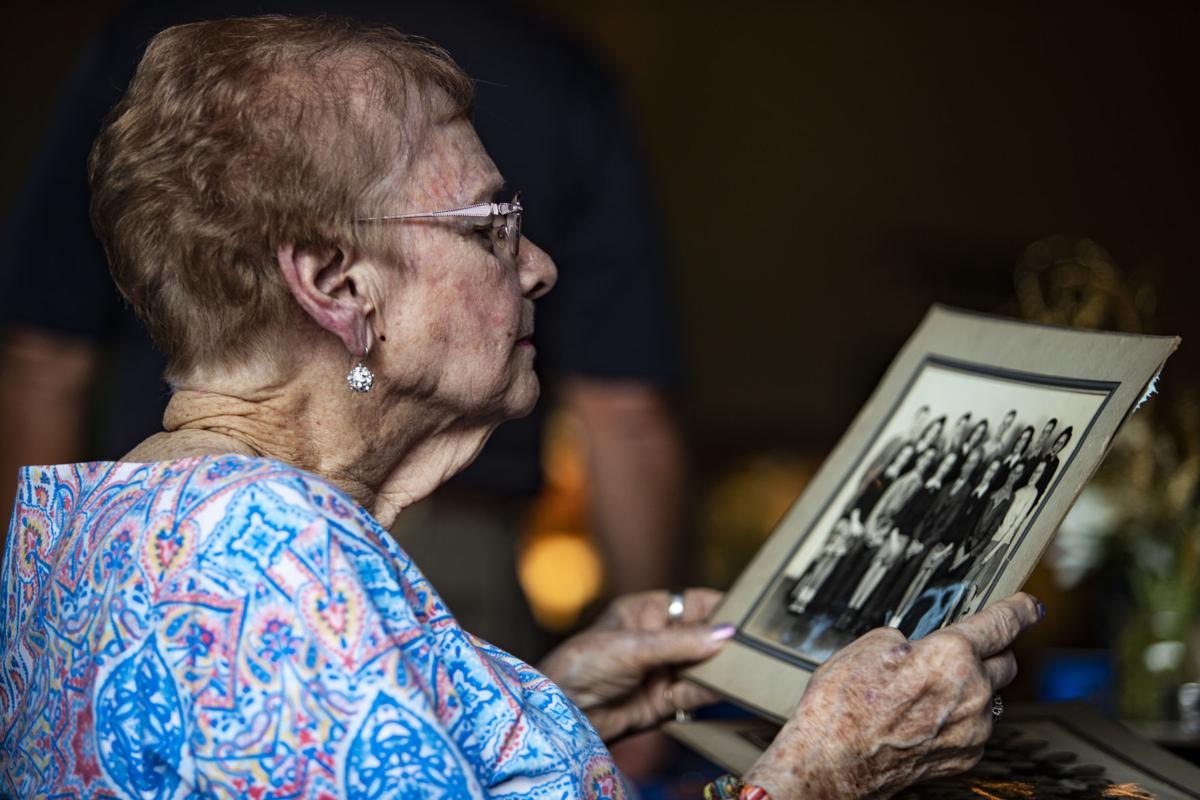 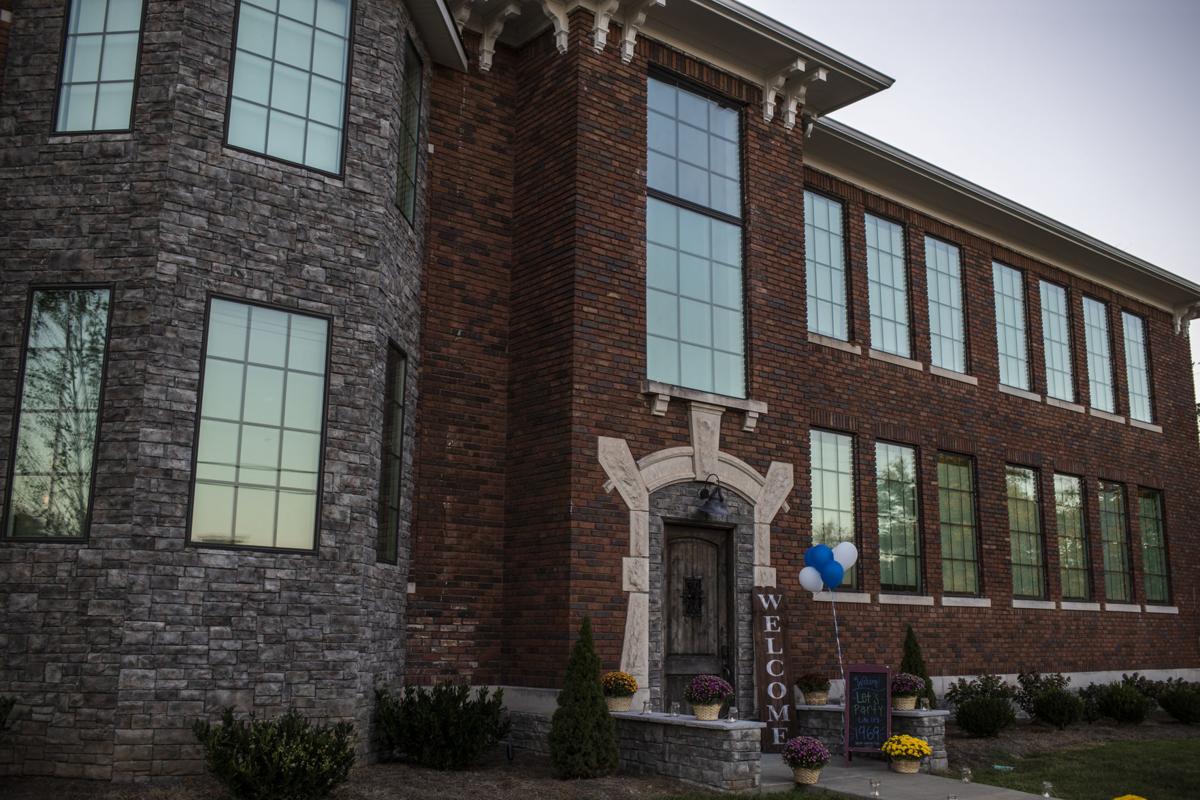 The exterior of the Blanford House which was formerly Oakland Elementary School and before that Oakland High School on Saturday, September 7, 2019. (Austin Anthony/photo@bgdailynews.com) 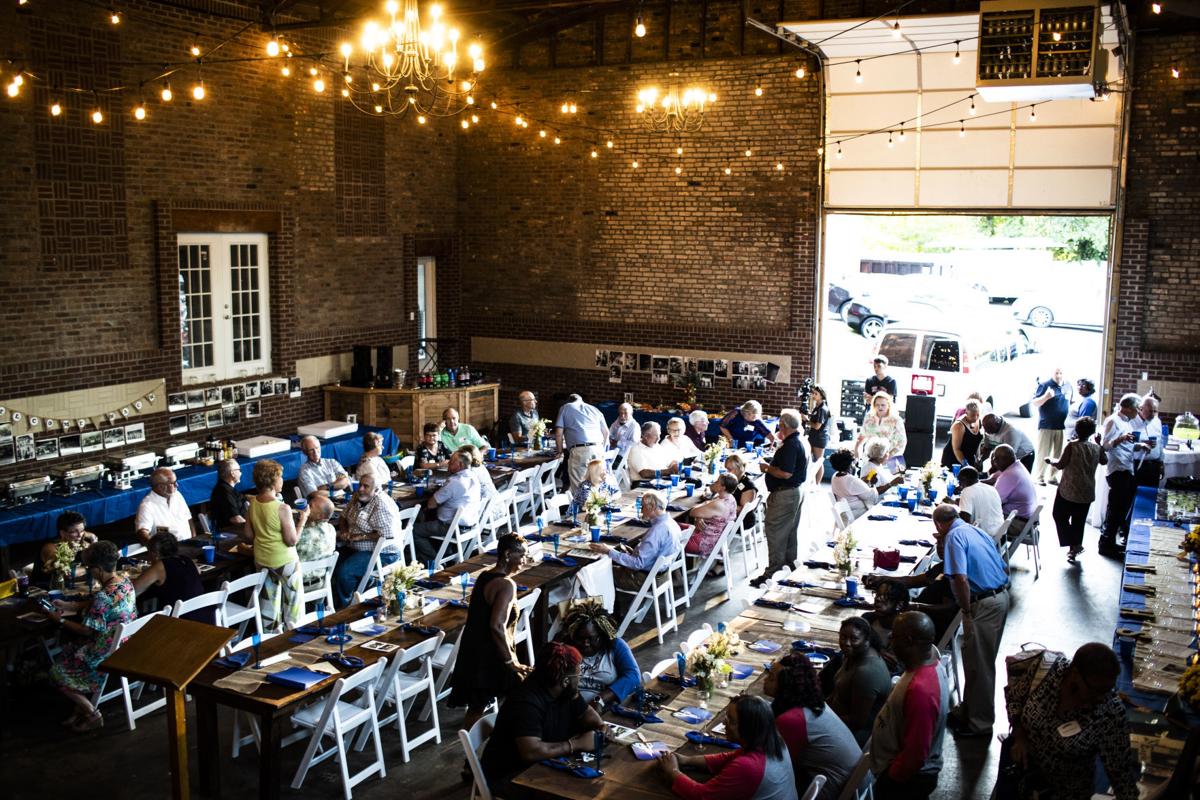 The exterior of the Blanford House which was formerly Oakland Elementary School and before that Oakland High School on Saturday, September 7, 2019. (Austin Anthony/photo@bgdailynews.com)

Fifty years after they accepted their diplomas as the last graduating class in the school’s history, the North Warren High School Class of 1969 got together to reminisce and share fond memories of the times that shaped them.

The class gathers every five years for a reunion, but Saturday’s event was doubly special due to being held at the Blanford House, the former Oakland Elementary School building that was recently remodeled into a venue for special events.

Several of the North Warren graduates walked the halls of Blanford House as students, and returned this weekend in what served as the school auditorium.

In its final year as a high school, North Warren had a graduating class of 44 students, of whom 35 are still living.

The Smiths Grove school consolidated with Bristow and Richardsville high schools to form Warren East High School, which opened in the fall of 1969.

Sharron Jones, who was FHA president her senior year, remembered the final year as a bittersweet experience, knowing the high school would close.

“We knew (consolidation) was coming, but we were looking ahead to college and getting out on our own,” said Jones, now a physician in Georgia.

With a small graduating class, most of the alumni knew one another well as students, and reunion attendees recalled the close ties that formed in school.

“Our teachers knew us by name, they knew our families and could get in touch with our parents,” Jones said. “Growing up everybody knew everybody else’s business, and in a small town that could be good or bad.”

By the time the class of 1969 graduated, schools in Bowling Green and Warren County had been desegregated for four years.

Joyce Lively said that she and other black students who helped integrate North Warren were welcomed warmly.

“We had heard bad things, but we were welcomed,” said Lively, who was involved in drill team and is now semi-retired and living in Oakland. “Everyone treated us so nice, they treated us fairly and we became very close.”

Those close-knit feelings extended to students who didn’t graduate after starting at North Warren, like Roger Moulder, who said it was a pleasant surprise to be invited to the reunion.

Moulder’s family sold their farm in the county and moved into Bowling Green, and he finished his high school education at Warren Central High School before embarking on a career in the U.S. Air Force.

Moulder said Hilda Jenkins, his math teacher at North Warren, helped him develop a strong work ethic that served him well after graduating.

“I think of her and her classes often, she was a big influence on me,” Moulder said. “We’ve changed a lot, but here you can look at someone’s nametag and you say ‘I know who you are.’ ”

Mike Hughes said school for him had a “family atmosphere.”

Hughes was involved in FFA, winning a statewide dairy cattle judging competition. He went on to teach agriculture at Warren East High School.

“Some of my teachers at North Warren ended up being my colleagues at Warren East, and they were happy to help me,” Hughes said.